The new Chromecast from Google will be markedly different from what came before. It’s said to feature full-on Android TV software and it might have a different name as well…

What kind of name? Well, reports suggest it might just be called Google TV, although nothing has been confirmed just yet. Why the name change? If the product is as different as reports make out, it’d make sense for Google to bring it to market under a new brand name.

Word on the street suggests the new Chromecast could be rebranded under Google’s Nest branding. Might it be called Google Nest TV? Or Nest Cast? No one really knows but the switch to Nest makes sense – Nest is all about smart home applications, so the shoe would definitely fit.

Chromecast has been immensely popular since it first arrived. In fact, I think it could well be one of Google’s most popular hardware initiatives of all time. The cheaply priced dongle turned dumb TVs into smart TVs, saving millions of people hundreds of dollars by enabling them to keep their old TVs for longer.

I’ve had a Chromecast plugged into my HDTV for YEARS now, so long, in fact, that I kind of take its presence for granted – like it’s always been there and always will be. And when that happens, you know you have a great product on your hands.

But the “new” Chromecast will be more like Apple TV than the existing Chromecast dongle. Yes, it’ll cast content. But you won’t need your phone or tablet to send content to your HDTV; the new Chromecast will feature a dedicated UX with app icons for popular streaming services like Netflix, Amazon Prime Video, Disney+, YouTube, and more.

However, if this new Chromecast is more like Apple TV, then that price is just fine – it’s cheaper than Apple TV and the NVIDIA Shield TV.

Add in the ability to use it without a phone or tablet, as well as the ability to stream games via Stadia, and Google could well have a very popular update on its hands, providing it doesn’t mess things up as it often does when trying to build Apple TV/Roku-like devices…

Android TV isn’t too well known but it is a pretty cool piece of software to have installed on your TV. For starters, with Android TV inside the new Chromecast, you’ll have a dedicated operating system to play with on your TV, as well as access to things like Google Assistant and the Google Play Store.

That means you have access to millions of applications and games that you can run on your TV, and because it has Google Assistant baked into it, you will be able to say, Okay, Google, and issue a command to your TV – like “Open Netflix and play Dirty Money” or save dates to your Google Calendar. 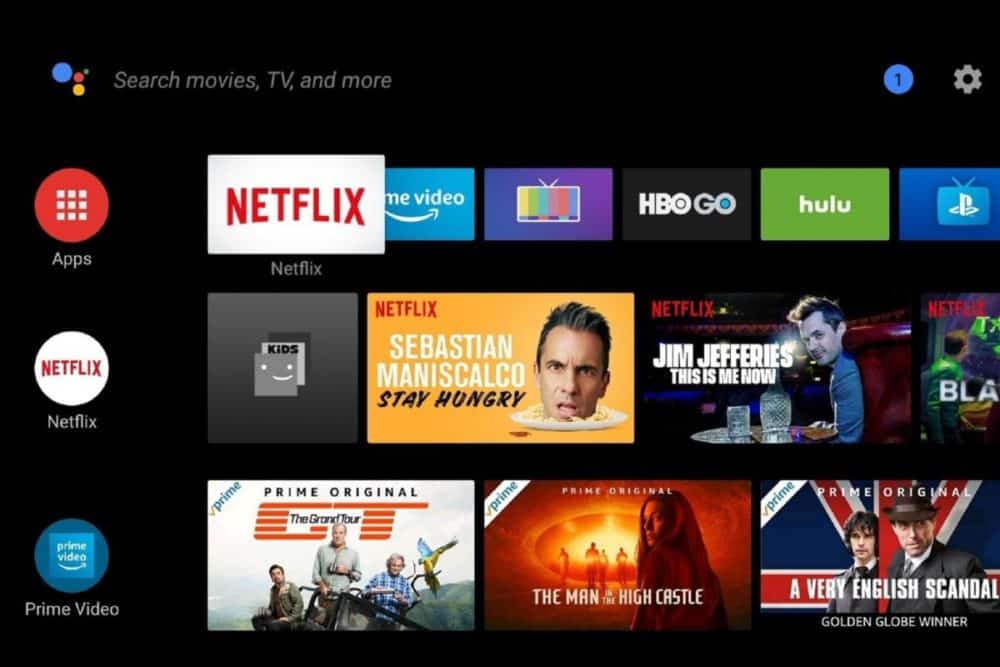 Android TV is designed to make interacting with your TV nice and simple. You have a tile-based UX, similar to what you get with Netflix and Amazon Prime Video, only here you can use both a remote control and your voice to interact with menu elements and aspects of the operating system.

You have native applications for ALL major video streaming services – from Netflix to Amazon and ESPN+, as well as things like NBC and a raft of other cable companies. Get yourself a VPN (we recommend this one), and you can watch US shows and channels in the UK.

On top of this, Google’s Android TV will also act as a central hub for you to control all kinds of smart home appliances around your home. Obviously, to use this aspect of Android TV, you’ll need some smart appliances, but if you have things like Phillips Hue lightbulbs or a Nest thermostat, you will be able to communicate with them via Android TV.

Save 40-50% on Consoles, Games & Controllers via Music Magpie!