For me (and many, many other people) the Moto 360 smartwatch is one of the best Wear OS wearables you can buy right now – here’s why…

In a sea of potential options, few smartwatches every usually grab my attention. The Apple Watch is the undisputed king, no one is arguing against that, but as someone that doesn’t use iPhone, when it comes to smartwatches, I have to look elsewhere. And that means Wear OS – or, maybe Tizen.

I use Android phones. Pixel phones mostly. This means, like most people, I am better off with a Wear OS-powered wearable. Wear OS integrates better with Android phones than Tizen (Samsung’s wearable OS) and Huawei’s, so if you truly want to most functionality from your wearable, and you run an Android phone, Wear OS is basically where it’s at… 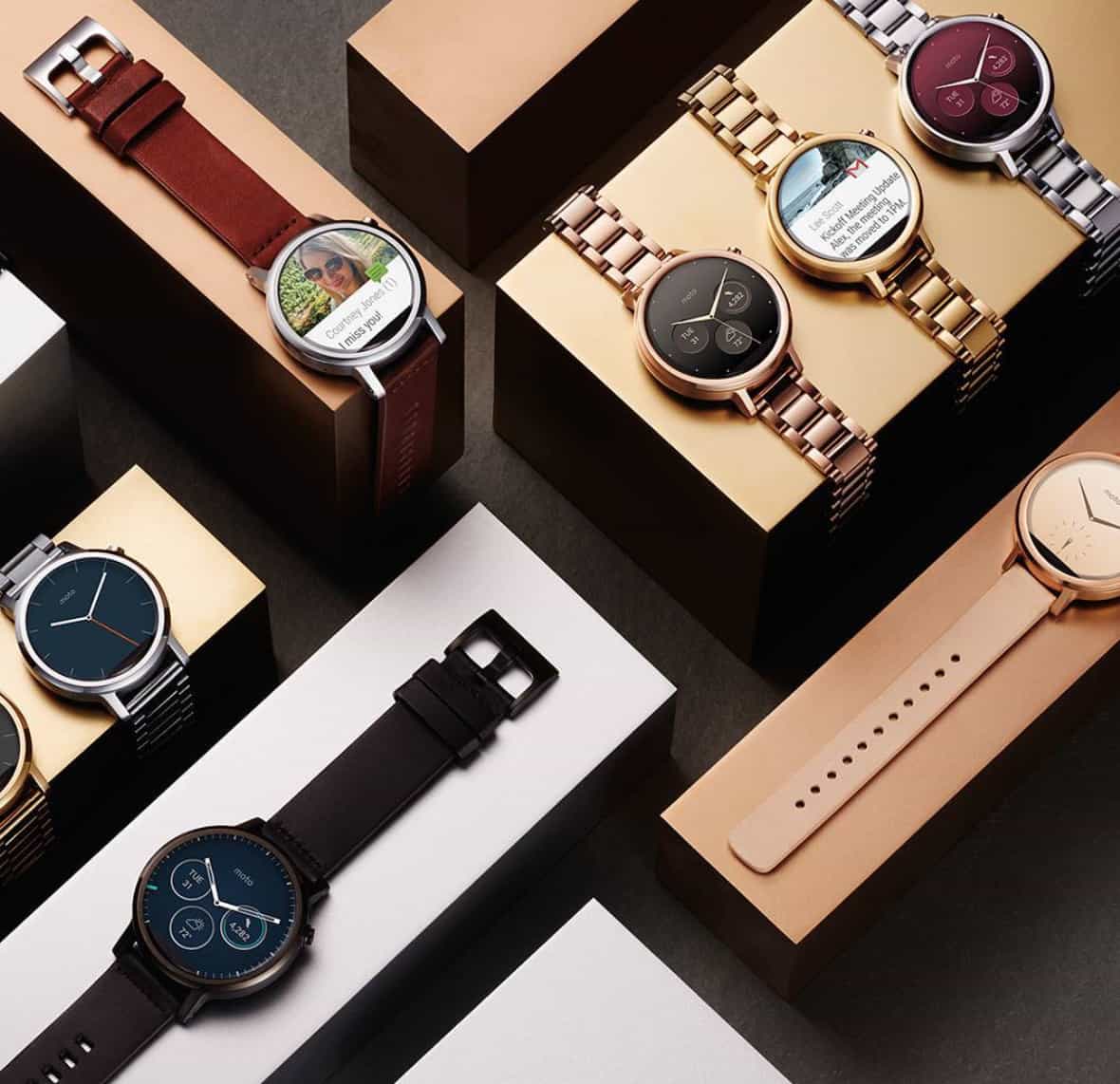 And one of the best Wear OS watches on the planet right now, in my humble opinion is the Moto 360. Why? Simple, really: it looks beautiful, it is exceptionally well priced, and it has a battery life that will last around 48 hours – or two days – with correct usage. And for me, that’s all I really need from a smartwatch.

And if you’re in the market for a new smartwatch, and you want something that runs on Google’s Wear OS, I’d definitely be looking at the Moto 360. Below, I’ll cover EVERYTHING you need to know about the Moto 360, from its specs and features to FAQs about the device and how it works.

If you think Apple Watch is too expensive, the Moto 360’s price tag will bring a smile to your face. The smartwatch can now be bought online for £179.99/$179.99, making it cheaper than all of Apple’s wearables – even the older ones – as well as Samsung’s most popular options and most of Huawei’s.

And for that money, you’re getting a TON of features, beautiful design, and killer software. I like smartwatches that actually look like traditional watches and the Moto 360, for my money, has done the best job in this context. It looks like a $1000 wristwatch, something you’d pick up in Monte Carlo.

As you can see from the specs list above, the Moto 360 has pretty much everything a modern smartwatch user needs. The Moto 360 runs Qualcomm’s latest Wear 3100 CPU and features an OLED display. Add in things like water resistance and quick charge, and all the major bases are covered.

Motorola has been making smartwatches since day one. I had its first-gen Moto 360 back in the day. It was a killer device, but Android Wear – as it was then called – was just too limited. Nowadays, Wear OS is much more useful and Moto’s industrial design is even better. Combine the two and you got yourself a winning formula.

The Moto 360 can do many things, but it does not have a speaker. This means the device itself cannot make any sounds. Instead, it uses vibration to alert you about notifications and the like. Is this a deal-breaker? It isn’t for me; I prefer my wearables to be silent – all I need is alerts and the ability to check my stats during workouts.

I would never listen to music via my smartwatch and, despite having the ability to make and receive calls on my current smartwatch, I seldom use it.

If that sounds like you, the Moto 360 will be just fine. If you do need a speaker on your smartwatch, I’d check out the Huawei Watch GT Pro 2 – it has a super-loud speaker which is great for making calls and listening to music (not that I ever do that).

What Sizes Does The Moto 360 Come In?

And because the display is OLED, it means it is always on – without killing your battery. This is great for those that always want the time displayed. It also means there is ZERO pixelation on the display when viewing text and images inside Wear OS.

The Moto 360 runs a 355mAh battery and with normal to moderate usage, you’ll get a solid 16-18 hours out of the device before it requires a top-up. This is pretty much par for the course with Wear OS and Apple Watch. But it is LEAGUES behind Huawei’s Watch 2 GT PRO which will last around seven days between charges.

Battery life is one thing, but with respect to the Huawei Watch 2 GT PRO, it comes at the expense of features and integration with Android. I’m running the Watch 2 GT Pro right now and, yes, the battery is insanely good. But the reason for this is that it isn’t really doing anything with my phone – just basic fitness tracking.

Me, I’d take features and usefulness over battery life any day of the week. Plus, the Moto 360 supports fast-charge too, so you can quickly top it up during the day. From dead, the Moto 360 will charge to 100% within 60 minutes.

Does The Moto 360 Have Wireless Charging?

No, the new Moto 360 does not have wireless charging. And given the price of this smartwatch that is definitely a negative. Having wireless charging makes charging less of a hassle, so I’d have liked to have seen this feature included when Motorola updated the 360 last year.

Does The Moto 360 Support Sleep Tracking?

Yes, you can easily track your sleep using the Moto 360. You will have to wear it in bed, however, and this means you cannot charge it overnight, so tracking sleep on any wearable comes with its downsides (in this context, available battery life when you first wake up in the morning).

Wear OS doesn’t natively support sleep tracking, although you can get apps like Sleep Like Android for free that will track your sleeping patterns and then push the data through to Google Fit. Sleep as Android will track the following things once installed on your Moto 360:

I think we’ve covered just about everything here. The Moto 360, while not perfect, is a fine smartwatch. It looks amazing, just like a premium wristwatch and it is packed with all the latest wearable tech and specs – including the latest build of Wear OS. 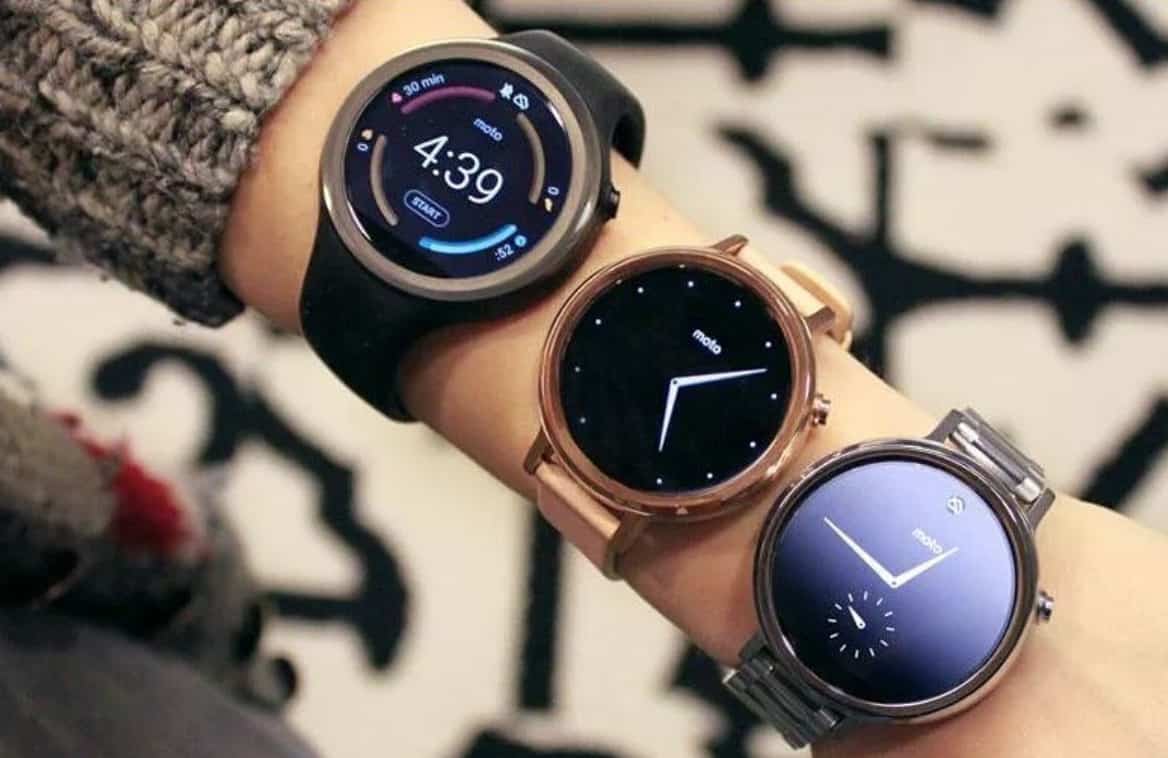 For me, the Moto 360 is the perfect smartwatch because of its ability to perfectly blend everything I like about traditional wristwatches with the functionality and features of smartwatches. It does – and has – everything I need from a smartwatch. And because it’s Wear OS-powered, if it does lack a feature – sleep tracking, for instance – you can just download an app to fill that void.

For me, the only real caveats with the Moto 360 are that it doesn’t have a speaker and it lacks wireless charging abilities. If you can live without those two things, the Moto 360 is a great option for a Wear OS-powered smartwatch in 2020 and beyond. And for less than the price of an Apple Watch, the Moto 360 also serves up some excellent value for money too.