The incoming Huawei P40 range – which includes the Huawei P40 Pro – will NOT come with Google apps installed. That means no Google Play, no Gmail, and no Chrome…

Huawei’s P range of flagship phones is one of the #1 reasons for its successes in recent years. Huawei is now only second to Samsung when it comes to total smartphone shipments. But its latest, incoming release, the Huawei P40 range, has one BIG problem…

Ever since Donald Trump decided to block Huawei using Google services, people have been talking about what Huawei was going to do about its 2020 P40 release. As it turns out, not much – Huawei is just going to release the Huawei P40 range as-is, meaning without ANY Google apps.

And don’t expect to see Huawei’s own HarmonyOS on its phones anytime soon; that platform is designed for other things, apparently. 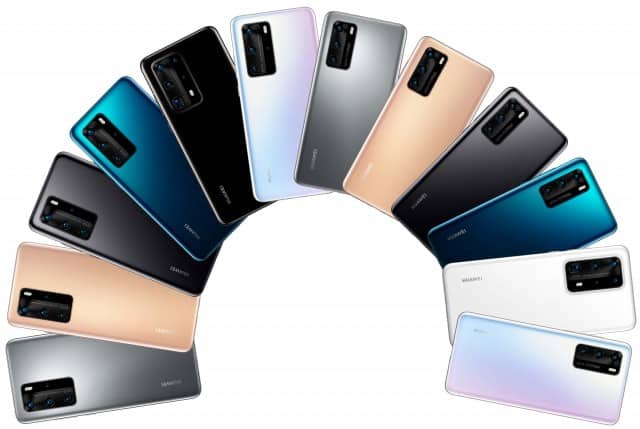 That means no Google Play Store, no Gmail, no Chrome, no Search. No nothing, basically. And while this is totally fine for Huawei’s Chinese customers, those in the west – meaning the UK, Europe, and the USA – might not be quite as happy about it.

Could you imagine running an Android phone without Google Play? Neither could I. In fact if all my phone could do was use Huawei-built apps, I’d simply look elsewhere. Probably an iPhone or something from Samsung, maybe? They’re around the same price and they have app stores which, y’ know, are kinda useful in this day and age.

Will Huawei P40 Have An Unlocked Bootloader?

If the Huawei P40 ships with an unlocked bootloader, you could get around these issues by installing something like Lineage OS and side-loading the Google Play Store. However, since Huawei the company is technically blocked from using Google services, this is still kind of murky water…

But there’s no guarantee that the Huawei P40 will ship with an unlocked bootloader. It’d make sense if it did, but phone companies seldom follow logic when it comes to things like this. The most likely case is that the Huawei P40 will ship with a locked bootloader and this would make life very difficult for any non-technical user with respect to getting Google services up and running in the device.

Huawei launches the P40 and P40 with locked bootloaders and has nothing to replace Google services for Western users. Given how close we are to the handsets’ launch (March 26), I cannot see Huawei coming up with a coherent plan on how it plans to fill the void left by Google’s core Android applications.

Most people take things like the Play Store and Search for granted. Imagine not knowing this, buying the Huawei P40, and only then realizing that your phone CANNOT run Google services. That’d suck big time. And no amount of specs, hardware, or camera awesomeness will soften that blow…

You’ll be stuck with Huawei Mobile Services and Huawei’s App Gallery, Huawei’s alternative to Google Play, and that’ll feel a bit like buying a BetaMax in the 1980s when all your buddies have VHS.

If this happens – and I think it is the most likely scenario – your only choice would be to forcibly unlock the P40’s bootloader on your own. And that’s not exactly easy, especially if you’re not super-technical.

Another option? You could technically use something like Phone Clone. But, again, this isn’t ideal – not for the average consumer.

Most people, however, will just avoid the P40 altogether and pick up something from either Apple, Samsung or OnePlus. And who could blame them?