Google’s upcoming Pixel 5 range will have a decidedly lower price than expected – is this the end of $799 Pixel phones? Maybe…

The Google Pixel 3a is Google’s best-selling Pixel phone to date. And the reason? Price. The Pixel 3a retailed for $399.99 at launch (and can now be had for even less). It delivered A TON of value and this, despite what you might think, is precisely what 9/10 customers actually want instead of a gazillion cameras and laptop-amounts of RAM.

According to multiple sources, Google is (potentially) looking to shave a hundred bucks off the RRP of its new Pixel 5 phones. Its plan to do this, apparently, is to NOT use Qualcomm’s flagship CPU, the Snapdragon 865 CPU. Instead, it will use the Snapdragon 765G, a cheaper but still impressive SoC that includes support for 5G.

By doing this, or so the theory goes, Google will be able to retail the Pixel 5 for a lot less than its nearest and dearest competitors, Apple and Samsung. How much will the Pixel 5 cost? Will it stay the same as before and retail for $799 or will Google knock off another $100 and bring the price down to $699.99, the same as Apple’s iPhone 11?

I think there are two potential scenarios here:

You don’t need the most expensive Qualcomm chipset to run 5G on a phone; you can use the Snapdragon 765G, a cheaper SoC and get full support for 5G connectivity. In addition, the 765G features an integrated 5G modem, whereas the more expensive 865 CPU’s is separate. This could mean the 765G is more power-efficient and that, in turn, would mean better battery life.

The 865’s modem, the Snapdragon X55 External 5G Modem, however, is faster (D/L speeds of 7.5Gbps versus the 3.7Gbps on the 765G). Will you notice the difference? Probably yes; the difference in D/L speeds between the two modems is pretty significant. But it’s not the only difference: the 865 has more processing power under the hood too.

The Pixel 4 range wasn’t the best-looking phone Google has ever created; I prefer the look and feel of both the Pixel 3a and the Pixel 3 XL. Google has taken a lot of flack for its industrial design on the Pixel range, so 2020 could well be the year we finally see Google up its game and produce a phone that actually looks like it can compete with the big boys. 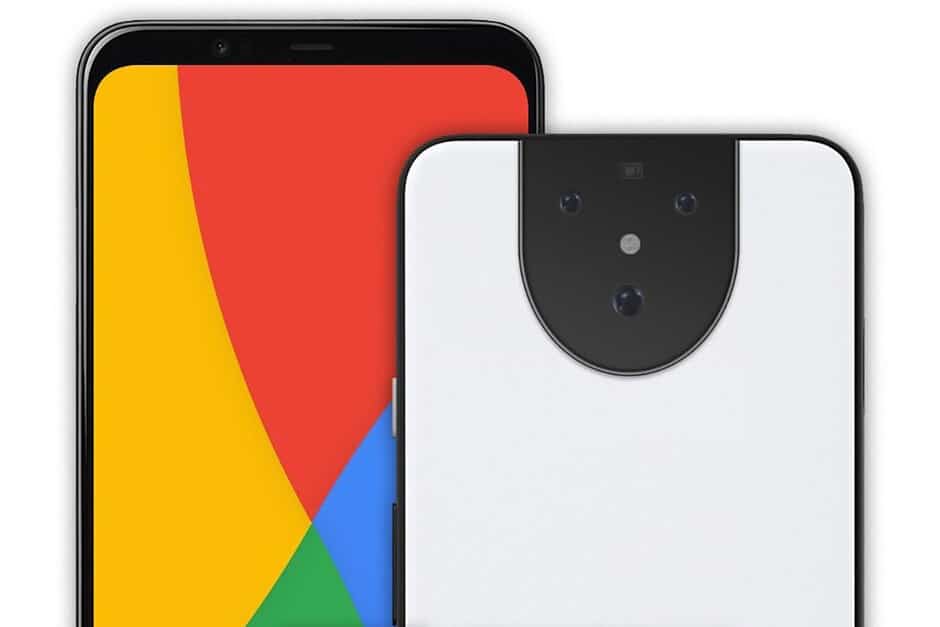 Or, we could just get a rehash of the Pixel 4; this is more likely of Google is keen on pushing the “value for money” angle with the Pixel 5. Another possibility is that Google will keep much of the design language of the Pixel 4/Pixel 3, but just reduce the bezels at the top and bottom and tighten up the exterior design language.

Bottom line? Don’t hold your breath for something revolutionary. The Pixel 5’s design will most likely be a very minimal update over what came before. I’d like to be wrong here, but given Google’s track record these last several years, I wouldn’t bet against it…

4. Google Pixel 5 Will FINALLY Get A Wide-Angle Lens

The only caveat here is that the triple-lens camera could well be exclusive to the Pixel 5 XL – the more expensive handset. This isn’t a done deal just yet, but it would make sense, especially if Google is looking to dramatically knock down the price of the entry-level Pixel 5 phone.

This approach, the one favored by Apple, OnePlus, and Samsung, would enable Google to deliver both a true flagship phone and a cheaper, entry-level model for those that do not want to spend big bucks on the phone.

I’m a huge fan of the Pixel 3a, I use one as my daily driver. The phone is cheap to buy (less than $350), works great, and has decent battery life. The camera is very good too. The Pixel 4a will likely pick up where the 3a left off, adding in, potentially, a new design, more storage, more RAM, and improvements to the camera unit on the rear.

It will also, allegedly, be keeping the same price – $399.99. For this reason, I’d be inclined to suggest that anyone looking for true value for money on their next phone would do well to wait and see what happens with the Pixel 4a. If it is anything like the Pixel 3a, the 4a could outsell the Pixel 5 by a Texas mile during the remainder of 2020 and 2021. But the 4a might not have 5G, whereas the Pixel 5 will.

I wasn’t the biggest fan of the Pixel 4 and Pixel 4 XL. I didn’t like the design, the camera unit, while very impressive, sorely missed a wide-angle lens, and the battery life on both handsets wasn’t exactly great when compared to handsets like the Galaxy S10, OnePlus 7T, and even the iPhone 11.

Prior to the Pixel 4, I’d bought every single Pixel release to date. And before that, I was using Nexus phones. Now, though, I’m using the Pixel 3a XL instead of the Pixel 4 – I just prefer it. For this reason, in order for Google to rekindle my love for its “flagship” Pixel range, it’ll need to do something very special with the Pixel 5.

Sadly, I don’t see this happening. All I see happening is the inclusion of 5G, a third camera lens (on the XL model), and perhaps some improvements to battery life. If Google is looking to keep the price down, don’t expect much in the way of design changes or 120Hz display options. Oh, and with respect to performance, the lesser Snapdragon CPU will make it run slower than the OnePlus 8.

My advice? If you want a cheaper-than-average flagship Android phone in 2020, your best bet is probably going to be the OnePlus 8 – just as it was in 2019 with the OnePlus 7 and OnePlus 7T. It’ll run the latest Snapdragon 865 CPU, pack in a ton of RAM, look great, and feature a killer camera on the rear.

DEAL OF THE DAY: