Samsung’s two most popular phone lines are its Galaxy S and Galaxy Note range. For this reason, let’s take a look at how the last few generations of Galaxy Note and Galaxy S phones compare, with respect to display size and dimensions.

In fact, for the last couple of years, it is phones like the Galaxy A51 and Galaxy A71 that have been propping up Samsung’s phone business, accounting for the vast majority of its sales.

As you will see below, Samsung’s phones have grown in stature over the years, adding in larger displays which, in turn, has made the phones themselves larger.

However, it is worth noting that growth in the actual size of Samsung phones over the years is only very slight.

And the reason for this is that Samsung is now cramming way more screen into much smaller spaces.

The Samsung Galaxy S22 will have smaller displays across the board, though – from the base model Galaxy S22 to the Galaxy S22 Ultra.

Bottom line? Display sizes DO NOT always indicate a phone’s true size, especially when comparing it to older models.

Three Has The Best Deals For Samsung Phones In The UK – Check Them Out Here!

Biggest Samsung Phones You Can Buy

Any tech product is usually pretty expensive. Samsung’s are no exception. And it doesn’t matter whether you’re talking about its phones, TVs, home appliances, or smartwatches – they’re all pricey.

But did you know Samsung has a great finance program, whereby you pay 10% of the phone’s RRP upfront and then spread the rest of the cost over 12 months interest-free? It’s pretty cool. And you can even switch phones after 12 months if you want!

Check out all the details here.

What’s The Smallest Samsung Flagship You Can Buy?

If you want flagship performance, just in a smaller package, the Samsung Galaxy S10e is probably the best option for 2021 and beyond.

The Galaxy S10e features a 5.8in OLED display but, because of the chassis design, the handset itself feels a lot smaller than its display dimensions would have you believe.

For this reason, the Samsung Galaxy S10e is by far and away the best option for those of you that want a more portable flagship experience (that also costs A LOT less).

The display is phenomenal too; you’re looking at an OLED panel with HDR10+ capabilities, so images, movies, video, and pretty much everything else in-between look truly stunning.

The Galaxy S10e also features a dual-lens camera on the rear and a hole-punch front-facing camera just like its bigger brothers, the Samsung Galaxy S10 and Galaxy S10+.

And if that wasn’t enough to wet your whistle, the S10e also packs in 6GB of RAM and Samsung’s top-of-the-line Exynos 9820 CPU, so there’ll be no worries about performance.

Still, if you’re looking to pick up a proper Samsung flagship device (meaning something from the Galaxy S or Note range) and want to save money, you can save around 40% by going the refurbished route.

You can pick up handsets like the Galaxy S10 and Galaxy Note 9 for a fraction of the cost of buying them new.

This is the #1 reason why I often buy refurbished phones.

On top of this, you can buy the phone outright and then shop around for a rolling-monthly data plan – SIM-only deals are ALWAYS cheaper than contract deals. I’m currently using this one from Three (it gets you unlimited everything).

What About Samsung’s Foldable Phones?

Samsung also makes a range of foldable Android phones too. But how are they different in terms of screen size and overall dimensions? Here’s a handy table that outlines the different sizes for Samsung’s foldable phones.

As you can see, the “flagship” model Galaxy Z Fold 3 is currently the biggest foldable phone that Samsung makes; it has a 7.6in Foldable Dynamic AMOLED 2X with a 120Hz refresh rate and native HDR10+ support.

The Galaxy Z Fold 3 is also, currently, the most expensive phone that Samsung makes – it costs a bomb, although it is slightly cheaper than the Samsung Galaxy Z Fold 2.

But it is a very cool-looking phone and one that isn’t used or owned by too many people, so if you want to stand out from the crowd (and your wallet can handle it), the Galaxy Z Fold 3 is just about as unique as it gets right now.

The Galaxy Z Fold 3 runs on a Snapdragon 888 CPU, packs in 12GB of RAM and is available with either 256GB or 512GB of internal storage. You do not get SD support, sadly, but the phone is 5G-ready and has an impressive array of cameras on its rear:

My advice? If you want the best phone Samsung has to offer, go with the Samsung Galaxy S21 Ultra – you can grab one on a contract or buy it outright from Samsung on finance. 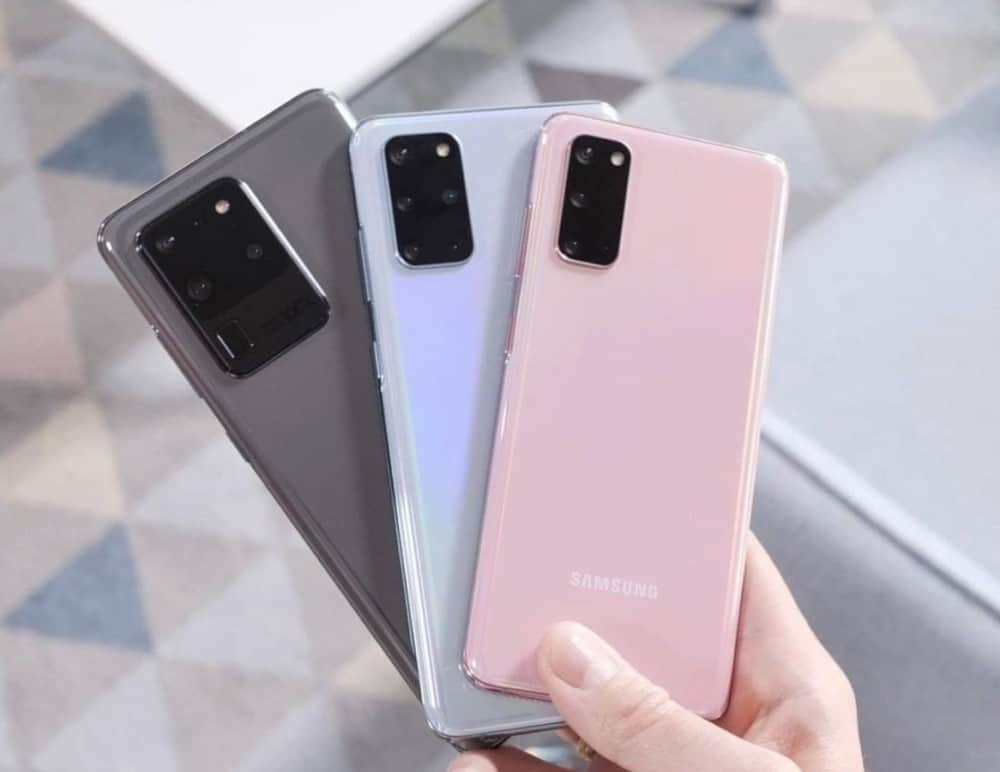