What Is Payoneer? What You Need To Know About The Online Money Transfer Company

When you think “online money transfer” you probably think “PayPal.” Yet for fifteen years another Fintech company has quietly been growing to become the choice payment solution for many businesses across the globe. This company is Payoneer–and if you’ve never heard of it, but own a small business that sells across borders online, it’s something you should become acquainted with. Payoneer: What Is It & Its History

Payoneer was founded in 2005 and since then has grown into a billion-dollar company. At its core, Payoneer is an online money transfer company. It allows the facilitation of funds from one person to the next.

Sounds a lot like PayPal, doesn’t it? But in fact, Payoneer is very different. Payoneer’s main business revolves around enabling online money transfers from one business to the next (known as B2B, or business-to-business). While PayPal can certainly be used for B2B transactions, it’s mainly a customer-to-customer (C2C) or customer-to-business (C2B) money transfer facilitator.

Payoneer has a massive user base. Matter of fact, in 2019 the company had four million customers (mostly businesses) facilitating transactions in 150 different currencies and 70 different languages.

While most businesses who use Payoneer you may not have heard of if you don’t operate in that business’s specific industry, Payoneer also counts massive big-name companies among Payoneer users. These companies include Upwork, Airbnb, Fiverr, 99Designs, and iStock, among others.

You’ll notice that the similarity among those companies is that they all run massive marketplaces that involve tens of thousands of transactions–many cross-border–a day. Payoneer, therefore, is the payment processor that facilitates those marketplace transactions.

Why Should I Use Payoneer?

If you’re just sending money from you to a friend or family member, other services like PayPal are the better choice. However, if you are a business and you pay contractors or suppliers in another country, or you receive payments from customers all over the world, a Payoneer account is probably for you. 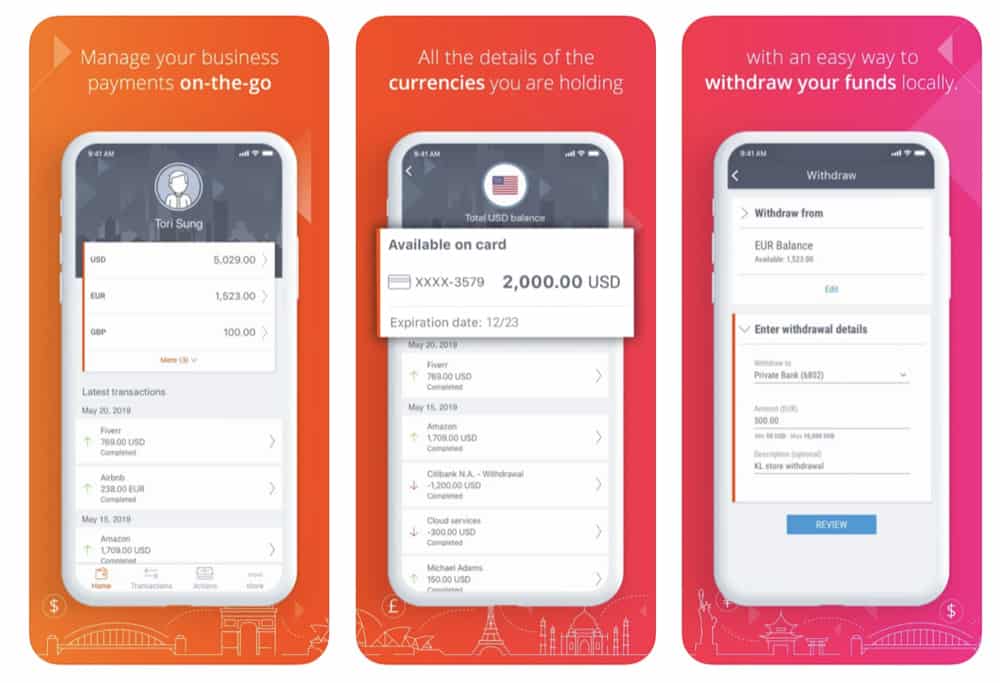 First off, understand that Payoneer offers many different types of accounts–the account that is best for you depends on your needs. The good news is Payoneer has a very useful tool that allows you to select what your business is, as well as what you are looking to do, and then asks you what you think your monthly volume will be.

Once you input the answers to those queries, you’ll be presented with the type of Payoneer account that best suits your needs, whether that’s an account for a freelancer, e-commerce owner, or enterprise customer.

No company is completely safe from hacks or data breaches, but from a trust standpoint, Payoneer can be considered a “safe” company. Payoneer has been around for fifteen years now and has a number of well-known VC backers.