How To Make Your iPhone XR Display Even Better

Sometimes the iPhone screen looks perfect from a color and brightness point of view–it’s just the text that could be hard to read for certain people. And by “certain people” I mean long-sighted people. But Apple has built in two settings that can make it easier to read text for such people: Text Size and Bold Text. Text Size allows you to make default system text and text in apps larger or smaller. Bold Text will make the same next bold, making it easier on the eyes. To adjust either go to Settings > Display & Brightness and then toggle the Bold Text tab to ON (green) or tap Text Size and adjust the text slider at the bottom of the next page.

MORE: Got An iPhone XR? Check Out Our #1 Picks For The Best iPhone XR Cases

True Tone is a feature on the iPhone XR that dynamically adjusts the white balance of the iPhone’s display based on your current lighting conditions. This results in the color of your screen looking more natural and accurate – kind of like paper does. I love True Tone, but some people might not. You can see what your screen looks like by turning it off. Go to Settings > Display & Brightness and then toggle the True Ton switch to OFF (white).

Night Shift is a setting that, after a certain time of night, will automatically make your iPhone’s screen look warmer. It does this by reducing the blue light the display emits. Science says blue light wires our brain to keep us up, which is why Night Shift is set to come on automatically on most phones after 10pm. If you don’t like this warming on your display each night, you can turn it off or change the time settings. Simply go to Settings > Display & Brightness > Night Shift to do so.

People like bright displays, but really bright displays can make certain bright colors hard on the eyes. Thankfully there’s a setting in iOS that allows you to keep the display brightness the same, but reduce the brightness of other colors. This is the Reduce White Point setting. You can enable it in Settings > General > Accessibility > Display Accommodations by toggling the Reduce White Point switch.

Finally, if you find your iPhone’s screen fluctuating in brightness you probably have auto-brightness enabled. This will make the screen brighter in bright outside conditions (thus making it easier to read) and darker in low light conditions (because it doesn’t need as much brightness to be visible). You can toggle Auto-brightness on or off by going to Settings > General > Accessibility > Display Accommodations.

Apple has been killing it in the smartphone display arena its last few phones. Last year’s iPhone X introduced Apple’s state-of-the-art  5.8in Super Renita HD AMOLED screen with a resolution of 2436×1125 pixels and a pixel-per-inch density of 458. On top of that, the display was made of dual-ion exchange-strengthened glass and is 3D Touch enabled. Oh, at it’s got a 1,000,000:1 contrast ratio.

MORE: iPhone 11 Reviews: Is It Worth Your Time & Money?

The iPhone X display was so good, Apple hardly did a thing to it when it introduced its iPhone XS and iPhone XS Max models this year. the company just simply didn’t need to improve upon the display design. But Apple did introduce a brand new display this year too. I’m talking about the one found on the iPhone XR. 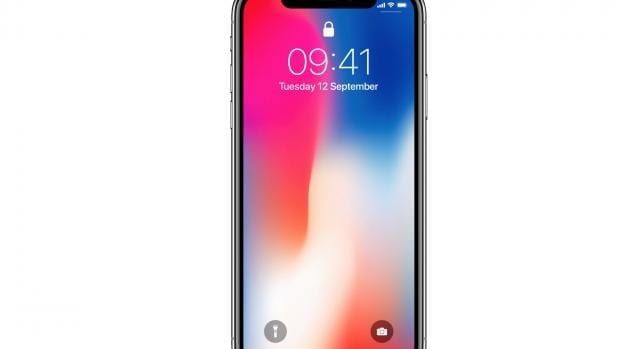