In this guide, we’ll show you some seriously ACTIONABLE tips that will save you money when the time comes to buy a new iPhone…

iPhones cost A LOT of money. Apple’s current flagship model retails for almost $1200 (that’s for the fully maxed out model). And that’s a hefty chunk of change whichever way you slice it…

But if you’re looking to save money on your next iPhone purchase, what can you do? In this guide, we’ll show you some of the simplest things you can do to reduce the overall cost of your next iPhone.

This way, you get the iPhone you want – or near enough – for less money upfront or on a monthly contract.

All of the tips listed below are simple to follow and easy to action, so just read through the options and see which one suits your needs best. 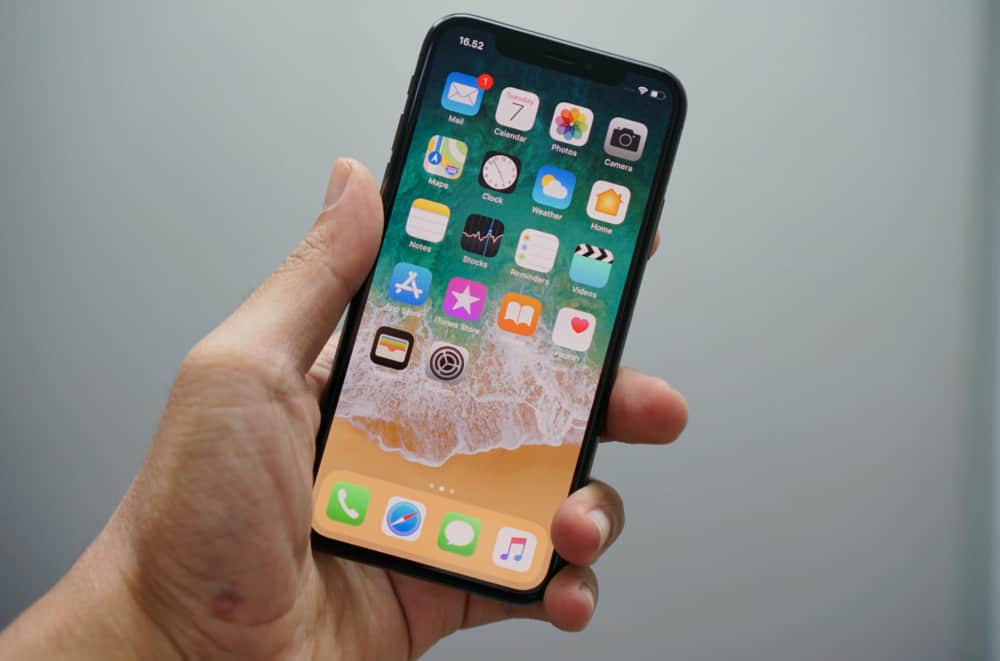 #1 – You Don’t Need The Flagship iPhone

Apple makes a range of iPhones now – from its expensive flagship models (the Pro and Pro Max) to entry-level iPhones in the form of the iPhone 11 and iPhone SE 2020 (the cheapest iPhone Apple has ever released).

It lacks an OLED display, Apple’s triple-lens camera system, and the battery life isn’t as good but it is a damn sight cheaper than ALL of Apple’s iPhone 11 phones.

If you want a modern-looking iPhone, not an iPhone 8 redux, then go with the base model iPhone 11. It is available for £699/$699 outright or from around £20 a month on contract.

Most people do not need three cameras. Most people will be fine with just two, so don’t think you need them and pay more for a phone when you’ll get the exact same utility from a cheaper, lesser-specced model like the SE 2020 or iPhone 11.

#2 – Go With The Smallest Amount of Storage Possible

How much storage do you really need? If you use your phone conservatively, meaning you don’t take millions of pictures and store hours of video content on your phone, then you can afford to go with the lowest possible storage amount.

Only using 50GB of your iPhone’s storage and you’ve had the phone for almost two years? You’ll be fine with the 64GB base model iPhone 11. If you use more, and you’re always running out of storage, go with the next tier up – in this case, 128GB.

Another option would be to embrace the cloud. This way you can upload all your media and pictures to iCloud in order to save space on your iPhone’s storage. Doing this allows you to get a cheaper iPhone with lower storage, as most of your storage-intensive stuff will be stored in the cloud.

iCloud storage is cheaper than physical storage on an iPhone, so you can get away with a 64GB iPhone 11 so long as you have a 100GB iCloud account, which costs something like £0.79 a month. Makes sense, right? 79p versus an additional £200 for slightly more storage…

When it comes to iPhones, you can buy older models with confidence because Apple’s software support (iOS updates) is the industry standard. Case in point: the OG iPhone SE, released in 2015, just got updated to iOS 14.

This means you can buy an older iPhone, say the iPhone XR or iPhone X, or even the iPhone 8 Plus, and it’ll still get software support for years to come. And because the iPhone is older, you’ll be able to buy it for WAY less than a brand new model like the iPhone 11.

Retailers and networks practically giveaway old hardware; they want to get rid of it as quickly as possible in order to shift more new hardware. For this reason, plentiful discounts await anyone savvy enough to buy older iPhone models either direct through retailers or on contract from UK networks.

If you want the best possible value for money when buying a new iPhone, one of the simplest ways to own an iPhone outright and get it for a great price is to buy it refurbished (AKA reconditioned).

A , on average, will retail anywhere from 40% to 50% less than a comparable new model. And refurbished is not the same as used; all refurb iPhones have been tested and vetted by the retailer and come with extensive warranties, just like new iPhones.

If you want to buy outright, so you can shop around for the best deal on your data, going the refurbished route is the #1 way to do this. You’ll save money, own your iPhone outright, and you won’t be locked to a phone network, so you can switch to a cheaper data plan whenever you like.

#5 – Wait Until The “New” iPhone Launches

We never know the exact release date of Apple’s new iPhones, but we do know that it always happens at some point during the back of Q3, early-Q4. Once a new iPhone is official, the price of Apple’s older models (in this context, the iPhone 11 range) drops significantly.

This means, if you want a great deal on an iPhone, you’re best off waiting until September/October time to buy. By this point, phone networks will be falling over each other to sell the new iPhone models (in this context, the iPhone 12), so older stock, now an afterthought will be discounted and that means big savings for you.

The 3 Most Common Ways of Buying An iPhone…

OK, so we’ve covered the ways in which you can save money on your next iPhone. Now, we’re going to look at the three most common ways people buy iPhones.

We’ll look at the PROS and CONS of each so, by the end of the post, you’ll not only be armed with money-saving tips for buying a new iPhone, but you’ll also understand all the possible ways of buying an iPhone.

#1) Buy iPhone Outright – No Contracts, No Messing Around…

iPhones aren’t cheap. You’re looking at $699 minimum for the iPhone 11 and $1200+ for the top of the line iPhone 11 Pro Max. Therefore, buying outright, at least for the last majority of people, will simply not be possible. Most people – myself included – don’t have a cool thousand bucks just laying around. But this doesn’t mean you CAN’T buy an iPhone outright.

Best Buy now runs a finance program where you can spread the cost of a new iPhone – or any product from its store, for that matter – over the course of 18-24 months. Just browsing around the options, I realized that you could pick up the new iPhone 11 for as little as $25 a month – with 0% APR for the first 24 months!

That is manageable for most, especially when you consider the main benefit of buying a phone outright: cheaper data and calls! 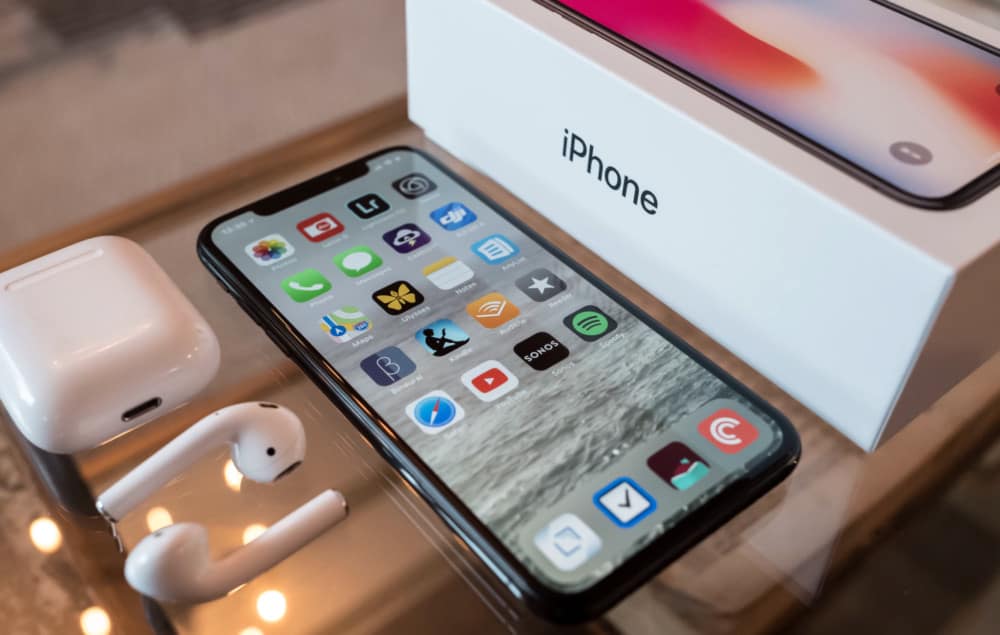 When you buy outright, you can pick and choose which carrier you go with. You’re not locked into lengthy agreements, meaning you can move to another provider if they offer a better deal, and this means your monthly data/call costs will be significantly lower. For instance, say you’re with Verizon but T-Mobile starts doing truly unlimited data for 40% less. Normally, you’d have to wait for your contract to end. Not for you though; you’re free to switch as soon as a better deal comes along.

If you want unlimited data, the freedom to move whenever the mood takes you, and lower monthly costs for running your phone, buying an iPhone outright is 100% the way to go – and Best Buy’s 0% APR finance is a very good offer. As with cars, it’s slightly more cash-intensive than leasing but you’re the owner of the phone at the end and, providing you keep it in good knick, you’ll be able to sell it for around 70% of its original value and then use this money to buy a new iPhone. Simple, right?

Buying an iPhone on contract via a carrier is perhaps the most common method of getting one. Millions of people get new iPhones on contract plans with carriers every year. And the reason? For many, it is the most cash-efficient method of getting a new phone every couple of years, especially if you’ve been with your carrier for multiple years and are happy with the service and support you’re getting.

If you’re happy with your current carrier and you know what iPhone you want, you’re pretty much good to go. When your current contract is up, simply navigate to your carrier’s sales page and upgrade your plan and get yourself a new phone. Alternatively, you could shop around for better offers from other carriers – there’s always LOADS.

And the iPhone will be locked to your carrier’s network too, meaning when the time comes to sell it, you will only be able to sell it to someone that is happy to use the network you were on. The contract route might be the path of least resistance, but it does come with a fair few downsides – the two most notable being overall cost and the inability to move to another network.

#3) Buying A – The Cheapest Method 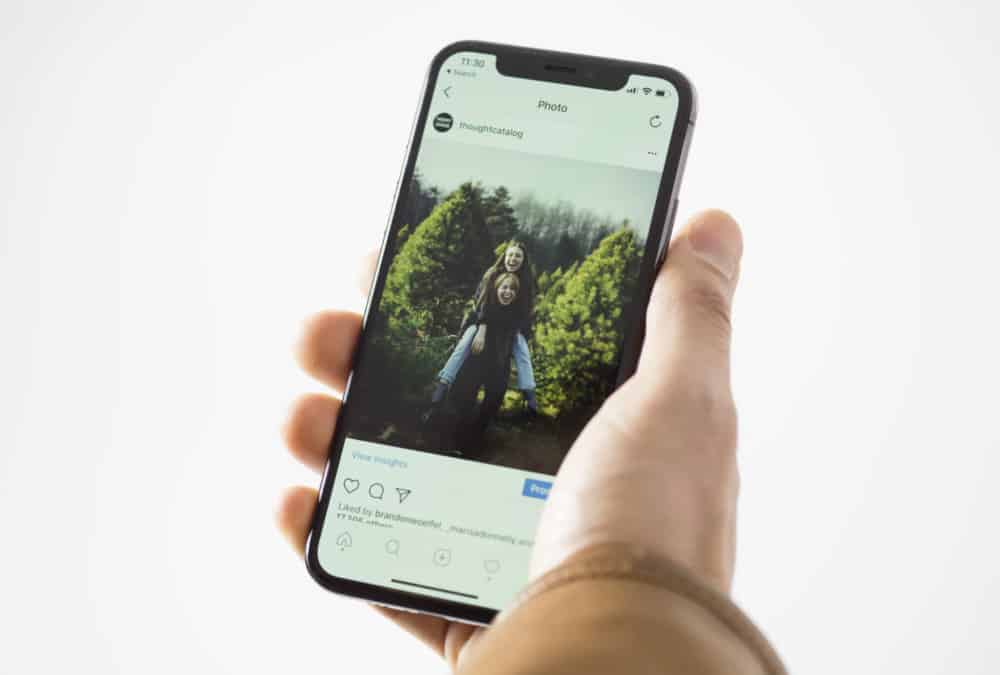 If you want to get super-savvy, there is a third way to buy iPhones: refurbished! And it really is a very underrated method. Why? Simple: it’s cheaper than buying a new phone outright and comes with all the benefits of owning a phone and not being locked into a contract. You get the best of both worlds, effectively, owning the phone outright and having the ability to shop around for the best SIM-only deal.

But that’s not even the coolest thing; no, the coolest thing is the cost of the iPhone. When you buy a , you’ll pay 40% less than the normal RRP. And when you’re talking about high-end, three-figure numbers, 40% is a pretty big chunk of savings. The newer the refurbished phone, the higher the price, so my advice, if you want to go this route, would be to get an older model – the iPhone XR, iPhone XS, or iPhone X.

If you don’t really need the latest and greatest iPhone (spoiler: no one does, really), then using a 12-24-month-old model, like the iPhone X or iPhone XR, is a sure-fire way to save yourself a TON of money, while still getting excellent performance and support across the board. The iPhone 11 is a great device, but the difference between it and the iPhone X and iPhone XR isn’t as much as you’d think…

For 99.9% of users, the iPhone X and/or iPhone XR will be more than adequate. Apple builds its phones to last, so it doesn’t matter that you’re using a slightly older model. They still perform great and will get iOS updates well into the mid-2020s. For me, buying refurbished iPhones is one of the most underrated methods for securing yourself a new iPhone. Sure, the phone isn’t brand new. But who cares!? It’s 40% cheaper and, for all intents and purposes, it looks and feels just like a new phone. And for me, that’s all that really matters…