What phones did Apple release in 2019? In this guide, we’ll show you all the iPhones released in 2019

What iPhone is Newest?

Below is a handy list of all of Apple’s latest iPhone releases, with the newest iPhones at the top. The iPhone 12 range will replace the iPhone 11 during Q3 2020. On top of this, you’re getting a TON of performance for that money. The iPhone 11’s A13 CPU is the most powerful mobile processor on the planet. Apple outfitted the iPhone 11 with a huge battery too, so battery life is incredible. On top of this, the iPhone 11’s dual-lens camera is also very impressive too. Essentially, Apple has done exactly what was required of it – make an accessible, usable, and powerful iPhone for the masses.

The only things missing from the iPhone 11 are an OLED display and a triple-lens camera. Everything else is essentially the same as the Pro models. I’m guessing most people are more than cool with this too, as sales for the iPhone 11 have been exceptional during 2019/20, just like the iPhone XR before it – Apple’s first “cheaper” iPhone model. I mean, why would you spend $300 more for something you might not even use (a triple-lens camera) or notice (an OLED display)? Answer: you wouldn’t – and millions haven’t!

The iPhone 11 is Now Immune To Flagship Sales Slump

2019 has not been a great year for flagship phone sales. Samsung’s Galaxy S10 and Galaxy Note 10, while exceptional phones have performed poorly in the markets. Research by CounterPoint shows that out of the top 10 smartphones (by sales) for Q4 2019 only three were flagship models, and they were the iPhone 11, the iPhone XR, and Huawei’s P30. Hardly surprising given just how cheap refurbished iPhone XR models can now be picked up for online.

None of Samsung’s flagship phones got a sniff; the company’s Galaxy A10 and Galaxy A50 performed very well, however, accounting for a large share of the market with 2.6% and 1.9%, respectively. Increased competition from brands like OPPO and Xiaomi have changed the game in the Android space, and $1000+ phones are NOT the answer.

Still, given the pricing of Samsung’s Galaxy S20 range, it would appear that Samsung is not taking heed of market trends. If Apple knows that the majority of consumers DO NOT want $1000 phones, the reason we have the iPhone XR and iPhone 11, then it is surely time for Samsung to start reassessing how it prices its flagship phones?

The price of the iPhone 11 – $699.99 for the base model – not only communicates to consumers that Apple understands that not everybody can afford or wants to pay $1000 for a phone, but it also offers up a viable alternative that is equally compelling, save for a couple of features that 99.9% of people won’t miss. Samsung’s base Galaxy S20 model will start at 900 EURO, apparently, and that is simply just too expensive given the current level of competition.

Apple’s products are always pricey, and the company’s iPhone is its #1 profit maker, so it is important that it gets its pricing strategy bang on. Apple’s 2019 iPhone range proved that Apple can – and will – compete on price. Building on from the success of the iPhone XR, the iPhone 11 base model is the key to Apple’s success in 2019 and beyond, providing it keeps a similar pricing structure in place for its 2020 iPhones.

You have the base model for the majority of customers that don’t want to pay $1000 for a phone; you have the Pro model slightly more that brings all the flagship specs into a smaller package; and, finally, you have the BEAST model that packs in the largest display and all the latest flagship specs and features. And they’re priced accordingly and this, importantly, avoids confusion.

“For the majority of smartphone users, desire has shifted away from owning the least expensive smartphone. Today’s smartphone user is opting for mid-tier smartphones over premium-tier ones because they offer better value for money,” said Anshul Gupta, senior research director at Gartner. “In addition, while waiting for 5G network coverage to increase to more countries, smartphone users are delaying their purchase decisions until 2020.”

With Apple’s 2020 iPhone range, we’re looking at six handsets in total – 3x iPhone 12 models plus another 3x iPhone 12 5G models. Again, prices should remain relatively static. Expect to pay $699 for the base model and maybe $100 for the 5G variant. The Pro and Pro Max models will likely keep much the same price as before.

Apple had a good year sales-wise with the iPhone 11, so I don’t see it messing too much with the formula. By keeping prices static, consumers know where they are and, most importantly, believe they are getting more value for money. The 5G iPhone 12 models will almost certainly be more expensive than the non-5G models. It’s just a question of by how much – $50? $100? $150? 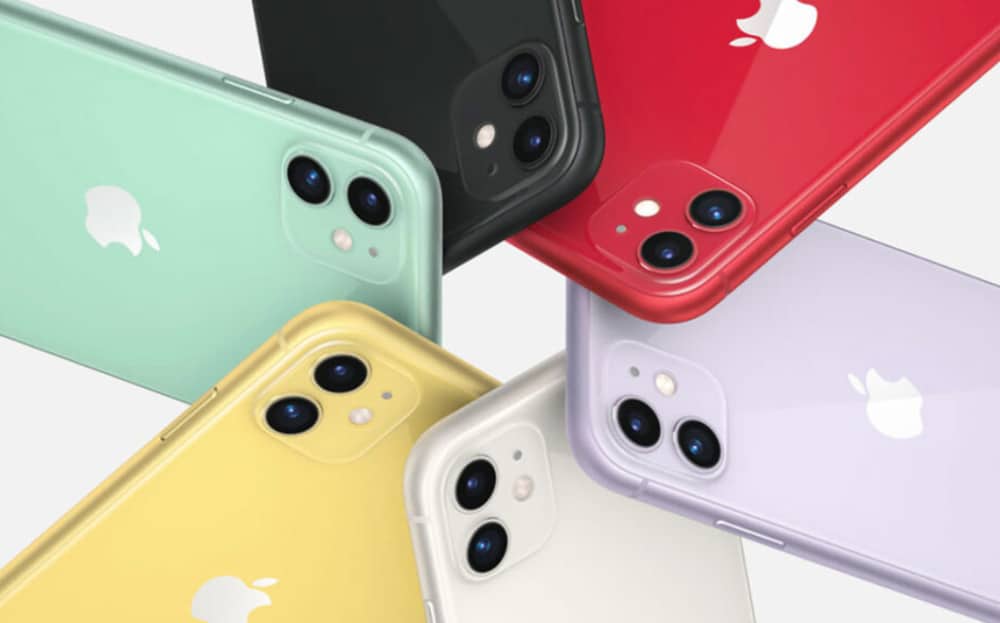