How To Remove Condensation From FACE ID (No Rice Required)

I learned this lesson the hard way, and it took me HOURS to get rid of all the condensation inside the FACE ID sensor and back cameras.

Apple says its modern iPhones are waterproof. But this really is not the case. I know this because I found out the hard way. Yesterday, it was 31 degrees in the UK, a rarity, so I was working out in my garden, enjoying the sun. I had my iPhone with me and, thanks to the baking-hot sun, it started to overheat and moments later it shut itself down.

Panicked, I rushed inside, confident in the knowledge that my iPhone XS Max was IP68 waterproof, and proceeded to run it under cold water, lightly coating the back and front portions of the phone. Moments later the iPhone was cooled down sufficiently and started working again. It wasn’t until later the day, however, that the problems arose…

Is The iPhone Actually Waterproof?

Yes, all of Apple’s modern iPhones are waterproof. Here’s the official line from Apple on the subject of iPhones and waterproofing:

“iPhone Xs and iPhone Xs Max reach a new level of splash and water resistance of IP68 for up to 2 meters for 30 minutes and protect against everyday spills including coffee, tea, and soda.”

I knew this was the case, so I wasn’t worried about running some cool tap water over my iPhone to help its internal components cool down after prolonged exposure to the sun. And it worked fine afterward, so in this respect, I guess, the iPhone XS is waterproof.

The first indication that something was wrong was when FACE ID stopped working, and this is a major issue on modern FACE ID-using iPhones. FACE ID is integral to how your iPhone performs; you need it to unlock the phone and make payments via Apple Pay.

A non-functioning FACE ID sensor is like having a flat tire on your car; most things remain functional, in a sense, but an integral part is missing and this, of course, really hurts the overall user experience.

Initially, I thought this might have been caused by a software bug, and when it didn’t go away after restarting the phone, I decided to debug the iPhone. I found no issues and I was running the latest build of iOS. This left one option: restore the iPhone back to its factory settings and start all over again.

Normally, once the restore process is complete, 99.9% of issues are washed away, leaving you with a fully functional iPhone.

I went through the usual protocols, logging into my Apple ID and setting up a WiFi connection but when I came to set up FACE ID, I hit a brick wall – it just wouldn’t work.

I tried, and persisted, for about two hours trying to get FACE ID to take a read of my face and achieved precisely nothing. All my iPhone would do is ask me to “move iPhone a little lower” which I did until the camera was pointing at my neck.

Perplexed, I started looking for physical damage on my iPhone.

Had I dropped it and not remembered? Not likely. But you never know. I have a 10-month-old as well, and he loves messing with my phone. I couldn’t see any physical damage on the exterior of the phone. But I did see something weird on the FACE ID sensor. At first, I thought it was nothing but on closer inspection, it realized it was condensation…

How Do You Remove Condensation From FACE ID?

I now knew what the problem was with FACE ID (or, more specifically, Apple’s TrueDepth camera) – condensation on the internal lens. The next question was how the hell do you get condensation out of the sensor, so it’ll work again?

I first tried the “rice method”, whereby you take your iPhone and stick it in a bag of rice, sealing it so as to make sure it is as airtight as possible. I left it in the bag for 24 hours and crossed my fingers, however, this method did not work – the condensation was still there.

I read online that, if all the condensation isn’t gone after 24 hours, you need to do again for another 24 hours – and then again and again until it’s all gone.

Being an incredibly impatient individual, this was obviously never going to happen. Instead, I tried something completely left-field. A few years ago, I owned an old BMW and its windscreen, regardless of the weather, would always steam up. It was incredibly annoying. After an hour or so of research, I came across a novel method for solving this issue with kitty litter.

My iPhone XS Max (I bought it refurbished) fresh outta a bag of kitty litter!

Basically, you take a sock, fill it with kitty litter and stick it under your car seat. I didn’t think it’d work but, to my surprise, it did – no more foggy windows in my car!

The kitty litter’s chemical composition is designed to suck moisture out of the matter that is plonked on it, drying it out and, technically, making it less smelly – it essentially sucks the moisture out of whatever environment it is placed in, just like those silica pouches that come with electric goods. You can also use these silica pouches to remove condensation from an iPhone too.

I popped to my local shop and picked up a bag of kitty litter. Once back at home, I took a resealable plastic bag, filled it with kitty litter, placed my iPhone inside it, and sealed the bag making sure to squeeze out as much of the air as possible. And then I waited.

How long? About six hours. Upon opening the bag, I immediately noticed that the FACE ID lens looked normal again. I checked the back of the phone, the rear cameras were also free from condensation as well.

I then attempted to re-do the FACE ID setup process and, to my surprise and elation, it worked! FACE ID recognized my face more or less right away, it didn’t ask me to “move iPhone a little lower” and within minutes my iPhone was back to its usual working self, complete with FACE ID and a functional Apple Pay app.

Moral of the story? DO NOT GET YOUR iPHONE WET! And if you do, make sure you have some kitty litter handy because the rice method takes far too long… Click to Tweet 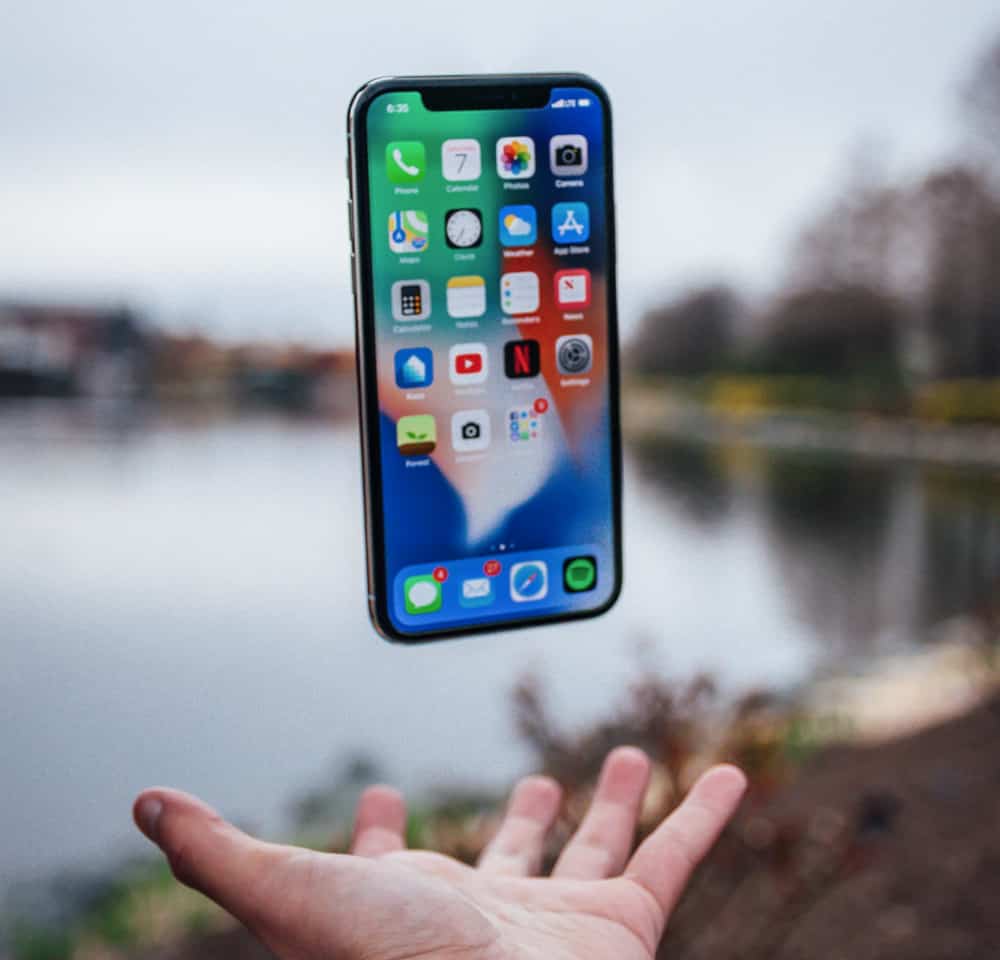