In a world of mass production, extensive waste and often unfair pay for those who produce our favourite pieces of technology, it’s refreshing to see a company battle all three issues with a consumer product that the world would actually consider using. Enter the Fairphone 3+, the latest modular and sustainable phone to Fairphone’s catalog.

Thanks to our friends at box.co.uk we’ve been able to get our hands on this latest device ahead of it’s official release.

What’s in the box?

Unboxing your latest phone can be a very exciting experience, however unboxing the Fairphone 3 Plus is far from an experience and intentionally so. Fairphone pride themselves on a simplistic and un-wasteful presentation, which is exactly what’s delivered here. Inside the box you’ll find no headphones, no stickers, no charger or even a charging cable, instead just the phone itself and a screwdriver to help you maintain and upgrade your device. Fairphone’s whole ethos is sustainability and the reduction of waste, so items like cables and plugs which you’ll most likely have already are omitted from the packaging, leaving you with the bare essentials.

Moving away from the semi-transparent look and feel of the previous iteration, the new matte black finish provides a sleek look that while not mind-blowing, does the job and offers mass appeal.

The screen does feature some relatively large bezels top and bottom by today’s standards, even when compared with low to mid-range alternatives, but this is a small price to pay for what the phone truly represents.

The Fairphone 3+ features a 3,040mAh removable lithium Ion which will more than deliver throughout the day. It’s capacity is comparible with that of an iPhone 11 for example, so you’ll no doubt need to charge your phone on the night, but it will last you most of the day with regular use. That being said, the beauty of this device and it’s modular design is that you can always carry around a spare battery to swap in should you run out, something which isn’t possible with the majority of smartphones in 2020. 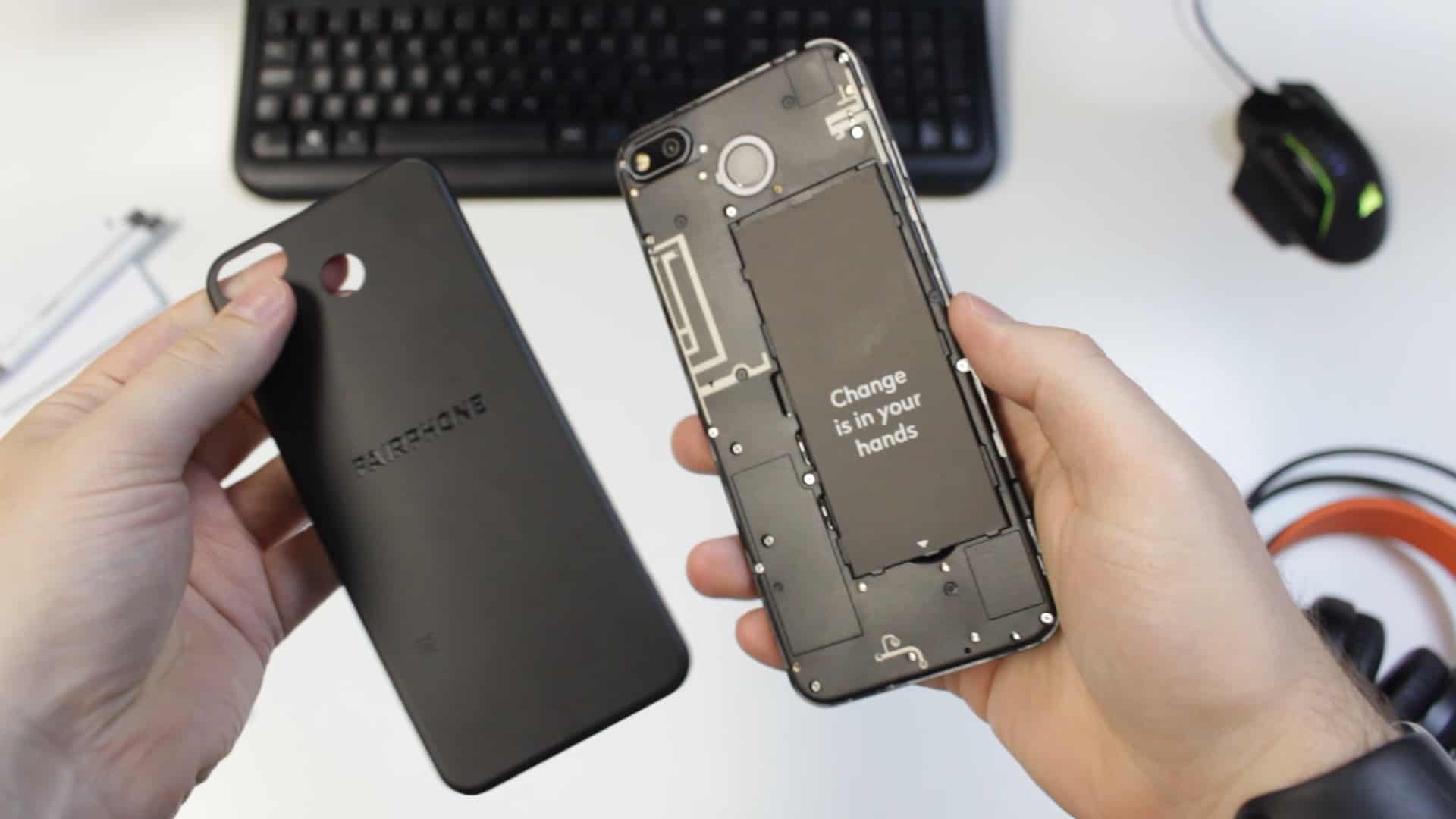 While only boasting a single camera set-ups on the front and rear, the impressive megapixel counts do go some way to make up for this lack of camera diversity. The Fairphone’s rear camera boast a whopping 48MP snapper with a f/1.7 lens, while the front facing selfie camera comes with 16MP and a f/2.0 lens, both of which deliver some surprisingly strong results. 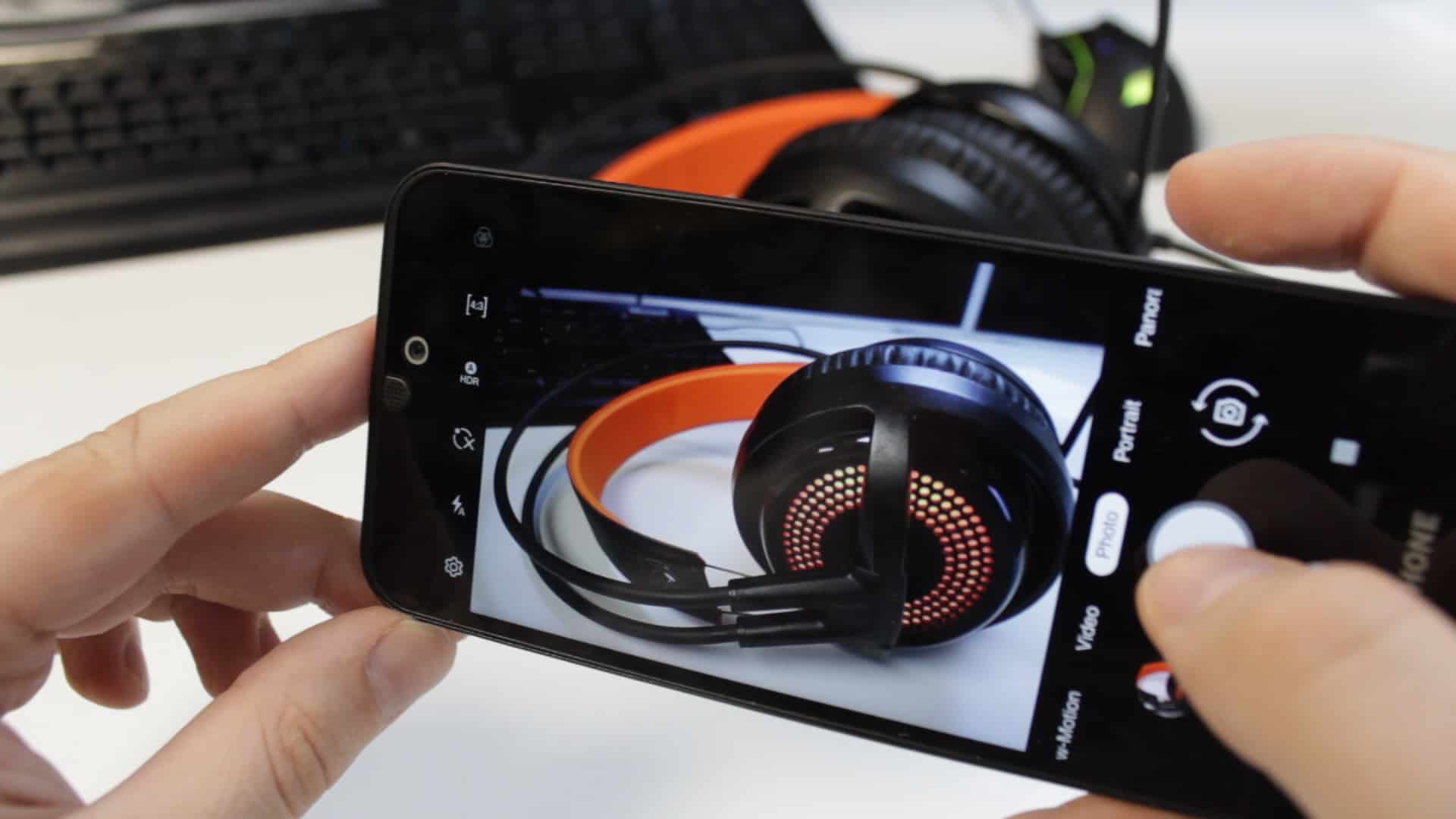 While impressive these numbers aren’t everything, with a lot of modern day mid-rangers to high-end smartphones utilising less megapixels but combining their cameras with hidden software magic to create truly professional-looking pictures. The Fairphone doesn’t really match up here, but they wide range of camera options including time-lapse, Slow-Motion, Video, Photo, Portrait and Pro modes definitely deliver and make the camera one of the best features about this new phone.

The Fairphone 3+ comes with a variety of ports and features including a louspeaker, headphone jack, USB-C charging port and a fingerprint reader on the rear of the device. All work well in our testing and make the phone extremely usable on a day to day basis, however we did find the placement of the fingerprint reader a little high. It’s not so high that it’s hard to use, but it did feel higher than where our finger would naturally sit on the back, so maybe something to consider for the Fairphone 4 when that’s released. 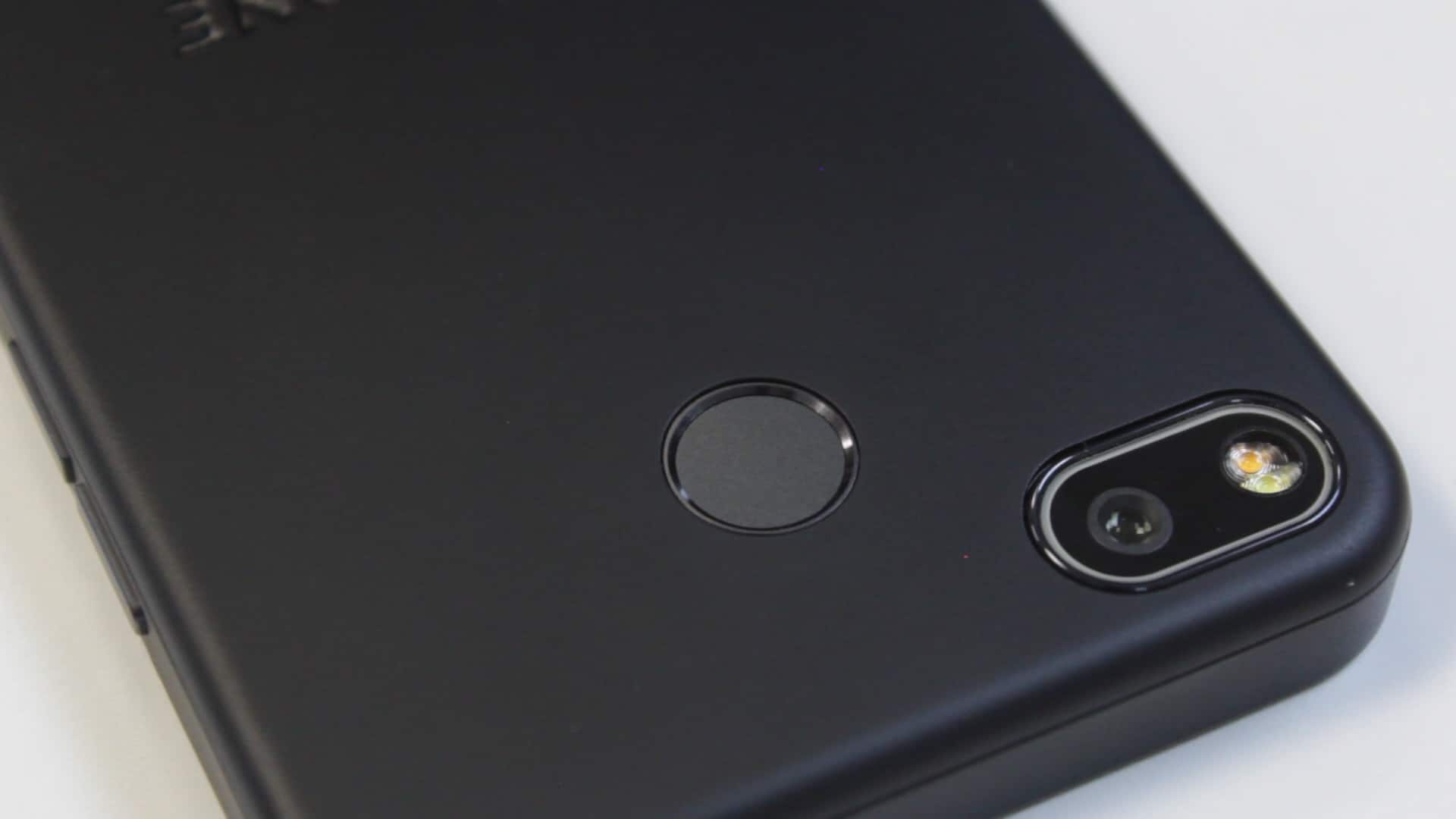 Running a vanilla Android 10 operating system, the Fairphone 3+ delivers a clean and smooth experience and when combined with it’s Qualcomm Snapdragon 632 chip, it will run extremely well for the target user operating the phone for day to day use.

We never had any issues in our testing and found the phone to be extremely responsive and quick when browsing the web, watching YouTube videos and alike, however any power-users out there with a conscience may want to look elsewhere as this Qualcomm chip has been surpassed some years ago.

How much does the Fairphone 3+ cost?

Not the cheapest by any means but not the most expensive device you can buy either, the Fairphone 3+ will cost you £425 upon release, which when compared with some of the mid-range options from the likes of Xiaomi and even Samsung may seem a touch poorer value, but that is the price of sustainability and equality.

When is the Fairphone 3+ released?

The Fairphone 3+ will be released across Europe on September 14th 2020, with Fairphone already taking pre-orders on their newly announced device.

You can pre-order the Fairphone 3+ in the UK here at Box.co.uk who have a wide range of sim-free phones available.

Should you buy the Fairphone 3+? Well if you’re reading this article you must be interested and with good reason. The phone delivers a smartphone experience and it does so without any glaring omissions that would make you feel like you’ve compromised greatly. You get all of this while knowing you’ve helped the world through buying a more environmentally friendly phone that features a modular design, allowing for upgrades to keep your phone feeling fresh, saving you from spending more money on a new phone and saving the world from more technological waste.

So in summary we applaud Fairphone for it’s stance here and for making a truly usable smartphone that delivers on the brand’s and their customer’s morality. It won’t be everyone which is a shame, but for those looking to make a difference, there’s no better time to adopt.