In a straight-up TIDAL vs Spotify comparison which is the best music streaming service? Let’s investigate the PROS and CONS of each platform…

When it comes to music streaming platforms, you have many, many options. Apple Music, Amazon Music, Spotify, and TIDAL. And that’s just a selection of them. Spotify is currently the biggest platform – by users – but TIDAL has many fans as well. And with good reason too.

But which is the best music streaming platform, Spotify or TIDAL? As always, there’s plenty of information to cover before we can say definitively, and even then it won’t be black and white, but if you’re not a member of either by the end you’ll have a better idea of what makes each platform tick.

Speaking personally, I am pretty invested in Spotify. I’ve used it for years and years and years, more or less since it first came out. But I do prefer the way TIDAL does things, the way it looks after its artists, and its focus on sound quality over social features.

If you’re looking to invest in a music streaming platform, and you’re looking at both TIDAL and Spotify, this comparison will detail everything you need to know about both platforms, how they’re different, the PROS and CONS of each, and which is the best option for you.

When it comes to overall available tracks, both Spotify and TIDAL have extensive catalogs. Bizarrely, TIDAL is the bigger platform with respect to the number of tracks available; it has 60 million, whereas Spotify has 50 million.

Is this a big deal? Not really. No one is EVER going to be able to listen to 60 million songs. The difference of 10 million tracks, while large, is not something I would consider a deal-breaker. Both platforms have more than enough music and depth of genre to keep any type of listener happy.

I’ve used Spotify for close to a decade and I can count on one hand the number of times I could not find what I was looking for. And when I couldn’t find something, it was always some obscure metal band from the early 2000s that is no longer active.

Similarly, if you’re on the fence, and going with the platform with the most music possible is a big deal to you, then, yes, of course, TIDAL is the one to go for. Just keep in mind that music choice isn’t the only factor you need to consider before pulling the trigger on a subscription…

If you invest in expensive headphones or consider yourself an audiophile, then TIDAL is, once again, the better option out of these two streaming platforms. TIDAL gives you access to the highest quality music streaming on the market right now.

For instance, when you sign up for a TIDAL, and you go with TIDAL HiFi membership, you get access to four sound quality settings: Normal, High, HiFi, and Master Quality Authenticated (MQA). And, as you can see below, these four options provide unparalleled audio quality in the streaming space:

Meanwhile, the highest quality audio you can get on Spotify is 320kbps which is the same as TIDAL’s base-level sound quality on High. In this context, TIDAL is the clear victor right now.

However, Spotify has confirmed that it will launch a new addition to its service at some point in 2021. Called Spotify HiFi, the new sound quality tier will offer CD-quality audio in order to better compete with Amazon Music HD and TIDAL HIFI.

But even with this new tier for sound quality, TIDAL will still be the better option thanks to its MSQ tier sound quality option which delivers audio at 96kHz/24bit, and that, right now, is just about as good as it gets.

If you’re on a budget, Spotify is the platform that offers the most choice across all of its tiers. TIDAL costs more. Especially if you go with TIDAL HIFI which will cost you $19.90 per month. This is TIDAL’s top tier, while Spotify’s most expensive plan is $14.99.

Spotify also offers a free, ad-supported version of its platform too. And you can access this both on mobile and via Spotify’s web player. TIDAL does offer a free trial but it is limited to 30 days. And if you don’t want to pay for the platform, you’ll have to delete your payment method before the 30 days is up.

TIDAL plans and pricing are slightly different, more nuanced, than Spotify’s. You have two options: TIDAL Premium or TIDAL HiFi, with the latter being the most expensive and providing the highest possible audio quality. TIDAL also does different plans for students, military personnel, and first responders. Spotify don’t.

One of Spotify’s biggest USPs for its millions of users is that it makes discovering new music really easy. You have things like Release Radar for new music, Discover Weekly for new music that is similar to what you’ve been listening to, and Daily Mix which is, again, is based on your listening habits.

You also have things like Yearly Round-Ups, Charts, and New Releases tab which is a great option for people that want to find brand new music. In this respect, Spotify is a great music discovery tool. In the past decade, I have found some of my favorite bands inside Discover Weekly and Daily Mix.

TIDAL’s music discovery isn’t quite as extensive; TIDAL is more about sound quality than music discovery. But it does have a music discovery function called My Mix which is an algorithmically generated playlist of music based on the eight genres of music you listen to the most.

My Mix updates gradually, as you use TIDAL more, adding in new tracks and artists you haven’t listened to. It’s not quite as extensive as Spotify’s more focused approach but it works great – you can and will find new artists. It just takes more time than Spotify.

Spotify is now pretty invested in podcasts. It spent $100 million to secure The Joe Rogan Experience, for instance, and it has thousands of other, popular podcasts, as well as a decent selection of audiobooks too – including loads of HP Lovecraft’s which is awesome.

TIDAL is all about music and music video; TIDAL does not have any podcasts. Instead, it has over 250,000 exclusive videos that its users can use. These videos might be exclusive performances, live concerts, or “behind the music-style” documentaries.

If you like podcasts, Spotify is the better option. But then again, Spotify is no way near as good as the best podcast apps for Android and iPhone. Sure, Spotify has Joe Rogan, but, again, I wouldn’t say this is a good reason to go with Spotify over TIDAL by itself.

I listen to a ton of podcasts, have done for years, and I can count on one hand the number of times I have used Spotify to listen to podcasts. Whereas TIDAL’s video content is actually really engaging and useful, and most of it is 100% exclusive to TIDAL’s platform. And it is updated constantly.

If you’re a recording artist, trying to make a living from your music, streaming platforms like Spotify are not your friend. Sure, they’re great for exposure. But with respect to payments per stream, it is terrible. In order to make even a modest living from your music on Spotify, you’d need tens of millions of streams per month.

In contrast to this, TIDAL pays more per stream and puts more emphasis on getting its artists paid. The upshot of this is that you’ll make more money from your music on TIDAL than you would on Spotify. However, it is harder to get your music on TIDAL as it has limited distribution options compared to Spotify.

What is TIDAL Rising?

In a bid to champion new and up-and-coming artists, TIDAL has a section called TIDAL Rising which it uses to promote and push new and rising artists. Artists that are part of TIDAL Rising get free promotion on the platform, free photoshoots, and help to organize and promote tours.

Spotify doesn’t have anything comparable, save for Spotify Singles and its Concerts feature. And for artists, either those just starting out or those looking to build their profiles online, TIDAL Rising is a great tool for building your brand, getting exposure, and securing more fans and listeners.

In this respect, TIDAL is the better option for people that produce and make a living from music. TIDAL will help promote your music, help you build a following, and pay you more when your music is streamed, as well as stream it at a higher quality than Spotify.

Is TIDAL Better Than Spotify?

I have been a Spotify user since the service first launched. But because I am a tech journalist, I also have subscriptions to Apple Music, TIDAL, and YouTube Music too.

I need to know how all the different music streaming platforms compare. And while I do like Spotify, I do believe that – on the whole – TIDAL is the superior platform. Why is that? Pretty simple, really:

TIDAL vs Spotify: Wrapping Up / Verdict

Which is the best music streaming platform, Spotify or TIDAL? Both platforms have plenty of USPs going for them. But TIDAL does have a few things going for it that Spotify does not, with sound quality being the most significant.

If you’re an audiophile and you want the best possible sound quality, TIDAL is the best option of the two music streaming platforms, at least until Spotify launches its Spotify HIFI service. But even then, Spotify will still pale in comparison to TIDAL’s Master Quality Authenticated option.

TIDAL has more music selection (60 million vs. 50 million), it pays its artists more per stream than Spotify, and it has some really awesome tools like TIDAL Rising built into its platform that is designed to help new artists grow their fan base.

Spotify has better music discovery tools and it has thousands of podcasts too. Spotify is also cheaper across the board than TIDAL, so if this kind of thing is important to you, go with Spotify – TIDAL is pricey as it focuses on delivering higher quality audio.

Whichever platform you go with, you’ll always have a near-infinite amount of music to stream and discover. If you’re more about value for money than sound quality, go with Spotify. But if you value sound quality and paying artists more, go with TIDAL. How To Delete A Playlist on Spotify – The #1 Easiest Method

Spotify has many features, including the ability to curate and build playlists. But how do you go about deleting a playlist on Spotify? How To Listen To Spotify From Your Web Browser 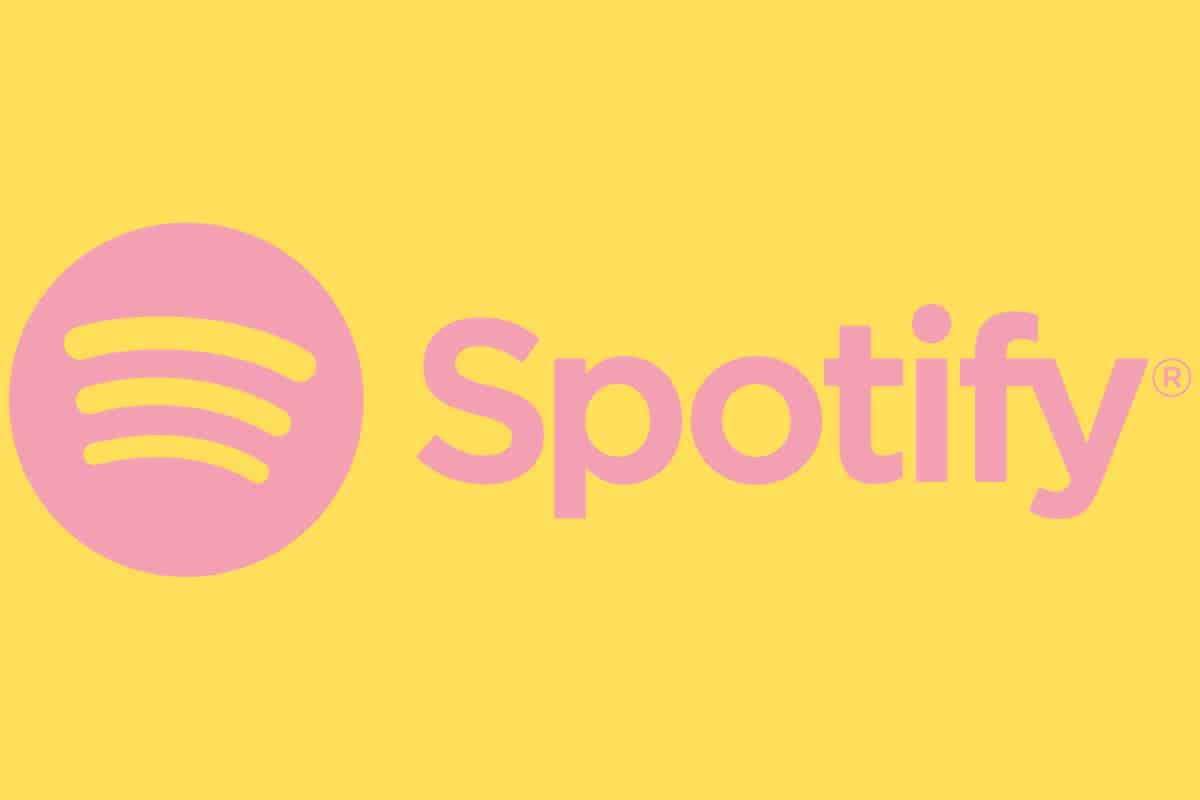 How To See Your Spotify Stats + More Useful Spotify Features

It’s always a little bit of fun checking out your Spotify stats. Many people wait until their Spotify Wrapped appears at the end of the year, but this doesn’t have to be the case. Here’s how to check your stats all year round…