What is Tubi? We take a quick look at this free Netflix alternative that uses adverts instead of monthly fees to keep the lights on…

When it comes to video on demand (VOD) services, you’re kind of spoilt for choice right now. You have Netflix, Amazon Prime Video, Now TV, Hulu, YouTube TV, Sling TV, and a host of smaller, independent options. But none of these VOD services are free…

And that’s where Tubi comes into the mix. Like Netflix, Tubi is a VOD service. But unlike Netflix, Tubi is 100% free. You do not need to attach a credit card to the service, nor will it ever ask you for one – Tubi is completely free in the respect that you will never have to pay to use it. You can join the VOD service here.

Instead, Tubi favors the “freemium” model used by millions of applications inside the Google Play Store. You can watch anything you like from Tubi’s catalog of films and TV shows, but you will have to sit through adverts – sometimes at the beginning of the content, other times peppered throughout.

What is Tubi? A Quick Overview 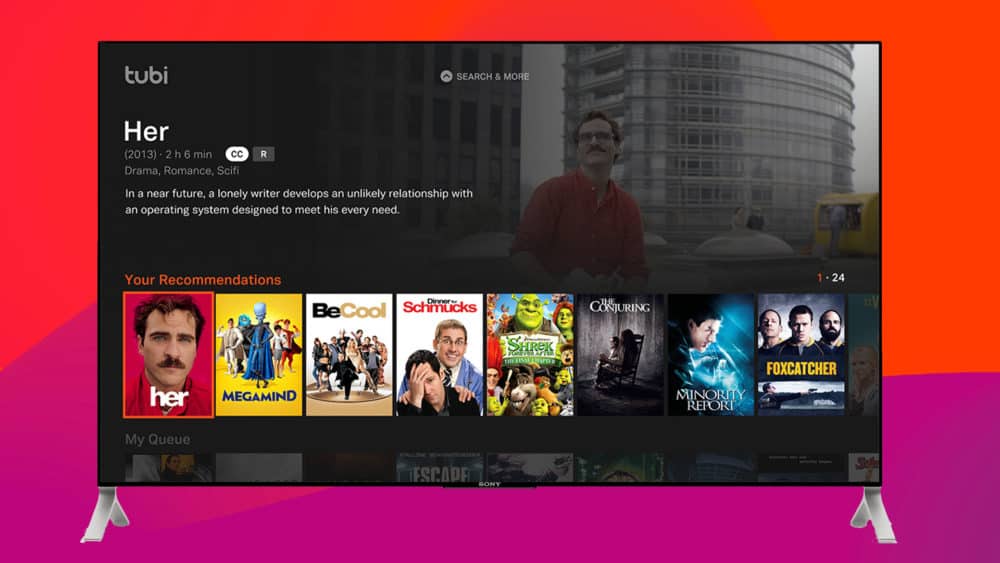 Tubi started life in 2014. The brainchild of Farhad Massoudi and Thomas Ahn Hicks of AdRise in San Francisco, Tubi grew rapidly between the years 2014 and 2019, acquiring 20 million active monthly users who apparently watched around 132 million hours of content.

Tubi was originally available in both the USA, UK, and Europe but is now only available in the USA. What happened? GDPR. Fast forward a year, and Tubi had been acquired by Fox Corporation.

Between 2018 and 2019, Tubi spent over $100 million acquiring new content for its service. In 2019, Tubi inked a deal with NBCUniversal which scored it access to over 400 TV shows and movies.

Also: screw the GDPR, you can still access Tubi from the UK – you just need a VPN to do it. I use SurfShark and it works fine.

Tubi isn’t the only company purchasing this ad-supported model. Crackle and Pluto TV also do the same thing. And this means, if you cannot afford Netflix, or Amazon Prime or Disney+, you have a few options when it comes to totally free video streaming services.

Because Tubi runs on an ad-supported model, and it is relatively new, there is no original content or live TV, as you get with Android TV or Sling TV. Currently, there are more than 50,000 titles on Tubi, including films, TV shows, and documentaries which is pretty darn impressive considering just how young this service is and that it runs on a freemium model.

Comparatively, Crackle has under 1000 titles on its books.

Like most VOD services these days, Tubi is accessible from pretty much anywhere. You can access Tubi via your web browser, through an iPhone or Android app, on your PS4 or Xbox, or through devices like Apple TV, Roku, and Amazon’s Fire TV systems, as well as Android TV. 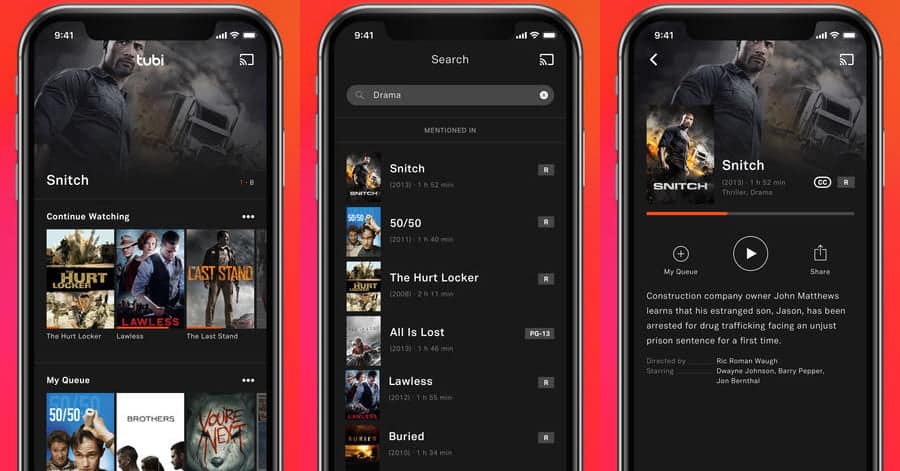 Basically, if you have some form of internet-connected device in your home, you’ll be able to access Tubi. Personally, I like using it through my phone and then casting it on my TV. It does look great on Apple TV and Android TV streamers though, as you can explore its UX on a bigger screen which often makes finding something watch a little easier.

Once you’ve been using Tubi for a while, it will start making recommendations for things to watch. You also have the ability to queue up content that you want to watch at a later date, so you don’t forget about it. If you’re logged into an account while you’re watching something on Tubi, you can leave and pick it up on another device such as your phone or tablet.

The application is beautifully designed and is super-simple to use. I like the UX, the smart suggestions are great for finding new content, and the fact that there’s so much to choose from makes Tubi a must-have even if you already have subscriptions to Netflix, Amazon, and Disney+ – it’s free, so you might as well, right?

Is Tubi Better Than Netflix?

In a word, no – Netflix spends billions on original content and has some of the best content in the world. But all this great content, especially the original stuff, comes at a cost. Netflix has increased its prices every year since its inception and this will continue as it creates and invests in more and more exclusive TV shows and movies.

Netflix is Netflix. If you have it, you know it worth every penny it costs you. For this reason, it’s not really fair to compare Tubi to Netflix; one’s completely free, while the other will cost you $20 a month. Tubi is smaller and has no original content. It also lacks the newer stuff that Netflix always manages to secure, so for this reason Netflix is still the superior option.

But because Tubi is free to use, none of this really matters. Joining Tubi is not going to cost you anything, so it doesn’t matter if Netflix is better. You don’t have to use it all the time to feel like you’re getting your money’s worth because, well, you didn’t pay anything. Me? I’m a big fan of Tubi; it has loads of awesome old films on it and that’s the kind of thing I love to watch on a lazy Sunday afternoon.

For me, it’s a no-brainer. Tubi is free and has a TON of content. Why wouldn’t you sign up and get access to it? Who knows, maybe you’ll like it so much you’ll ditch Netflix and learn to embrace adverts and older content? Stranger things have happened, though you won’t be able to watch Stranger Things on Tubi sadly. Or Better Call Saul.

For this reason, you’re best off just getting both. That’s what I did and it worked out great.