Disney+ is here and it has its sights set on dethroning Netflix as the #1 streaming service. This is a bold target, given Netflix’s massive lead over Disney but it isn’t entirely impossible; Disney has amassed a TON of content in the last few years, so it is ideally placed to cause Netflix a lot of problems.

I’ve signed up Disney+ for the purpose of this post. I also have Netflix and Amazon Prime Video (and Sky). I think I may need to rethink this, however; I hardly watch the latter and, annoyingly, it costs the most.

Disney+ Update (After 12 Months of Usage)

First and foremost, since I first wrote this post things have developed quite a bit with Disney+. It is now almost 12 months since this original post was published, so let’s give you a quick update and what’s changed.

The first and best thing is that Disney+ is no longer “family oriented”. I mean, it still is at its core, but there is now loads of r-rated content from Disney’s ever growing list of production houses.

You also have Star which is basically Fox content for the UK. This includes stuff like American Dad and Family Guy, as well as tons of r-rated films. It’s awesome. Easily the best thing to happen to Disney+ since The Mandalorian.

And to cement my love of Disney+ even more, the dude that created Netflix’s Fargo series is currently at work on an Aliens TV series. That’s right: the guy that created one of the best shows ever is currently in the process of bringing xenomorphs into a TV show format.

I literally cannot wait to see how that turns out. The only downside? We probably won’t see Disney’s Aliens TV show until the back-end of 2022 at the very earliest – production hasn’t even started yet (July 2021).

That’s it for my quick 12-month update.

Below are some initial PROS and CONS for Disney+ based on my current usage, experience with setting it up, and the quality of the content that is currently available.

As always, let’s get the good stuff out of the way first…

Disney is a mega-corporation. It owns literally everything. If you’ve watched 10 films in the last two months, there’s a good chance that upwards of 70% of them are owned or produced by a Disney-owned studio or production company.

For this reason, Disney has a ton of content at its disposal – from films to TV shows. And that will help keep users engaged with regular updates and new stuff to watch. Netflix has more selection right now, but this lead won’t last forever – Disney has the content and the resources to catch up very quickly.

It can also block Netflix from showing any Disney-owned content and this would have a massive negative effect on Netflix’s business. I think Netflix knows this too which is why it has been drilling-down hard on its own shows like Better Call Saul and House of Cards. In order to succeed, you cannot just leverage content; you have to create content as well – just like Disney.

2.) All The Latest Disney Movies

When you think of Disney movies, you often think of kid’s films and cartoons. But this really isn’t the case anymore; Disney owns a huge chunk of film franchises and many of them are adult-oriented. Aliens, Terminator, and Predator, anyone? These are all owned and controlled by Disney. Ditto Star Wars, Avatar, Deadpool, Die Hard, and Plant of The Apes to name just a few.

And because these movies are Disney films, you don’t have to wait to watch them. Disney owns the IP which is why you can now watch newer films like Toy Story 4 on Disney+ whereas you’d have to wait months for it to come to Netflix, if at all.

3.) The Mandalorian (It’s Worth It For This Alone)

The new Star Wars films (the JJ Abrams series) are pretty divisive; some love them, others utterly hate them. But one thing everybody seems to agree on is that The Mandalorian is freakin’ amazing. In fact, some have even said it is the best thing to happen to Star Wars since Return of The Jedi… And you can ONLY watch The Mandalorian on Disney+.

I’m a few episodes in and it is bloody fantastic, easily the best Star Wars thing I’ve seen in years. It looks and feels like proper Star Wars, the story is brilliant, the set pieces are nuts, and the characters are engaging and real. Honestly, I’d pay for Disney+ just to get access to The Mandalorian.

If you’re a Simpsons fan, but you’ve never watched it without adverts, then you’re in luck. Thanks to Disney’s acquisition of 20th Century Fox, Disney now owns the rights to The Simpsons, so you can binge-watch the entire catalog on Disney+ without any adverts!

I’m a huge Simpsons fan, so this is a massive USP for me. I love being able to go back and re-watch classic episodes. It makes the show so much better, as you can actually work your way through season by season, rather than catching the odd episode on Sky every now and then.

This is a big deal: Disney+ is A LOT cheaper than Netflix. You can pick up access to the streaming service for just £5.99 a month or £59.99 for 12 months. That’s cheaper than Netflix and Sky and it will be the #1 reason why millions of people give Disney+ a try over the coming weeks and months.

As noted earlier, Disney now owns 20th Century Fox. And that includes all of its TV and film IP. If you watch a lot of films you’ll know that 20th Century Fox makes A LOT of films, so this deal puts Disney+ in a great place when it comes to new TV and film content, going all the way back until the early 2000s.

7.) The Marvel Universe (Soon It’ll Have Them All)

Disney owns Marvel Studios, so, for the first time, once Disney’s deal with Netflix is complete, you’ll be able to watch ALL the Marvel films available under one roof. And you know what that means? You can watch them all in order like a proper geek.

Once Disney’s Netflix deal concludes, Disney will likely add ALL Marvel films to Disney+, making it the only place you can watch all of the films under one roof.

Like documentaries? Well, Disney+ has you covered in this context too, thanks to the fact that it owns National Geographic. When you open up Disney+, you’ll see that there’s a dedicated National Geographic channel. Inside here, you find a wide range of documentaries from things like COSMOS to Origins: The Journey of Humankind. It’s pretty cool, to be honest.

Once downloaded, Disney+ will work on pretty much every major computing platform going – from iOS to Android and Windows and macOS. Disney+ also works with Chromecast, Roku, and Amazon’s Fire TV sticks and devices. Basically, whatever device you have will run Disney+, even if it’s just a phone or a tablet.

For a brand new steaming service, there are very few downsides to Disney+. From day one, Disney+ has 500 films and more than 300 series – 26 of which are brand new original series. That’s an impressive amount of content for a brand new service. Disney also has some of the best movies and TV shows under its control too, so that’s another.

You cannot access ALL Disney content right now; more will be added during 2020, however – around 500 new films, according to Disney.

Once Disney’s ongoing deals with Amazon and Netflix have concluded, it’s likely we’ll see all of Disney’s film and franchise movies under one roof, though this could take some time. Maybe 12-24 months.

But the foundation is incredibly solid which is why the service already has 28 million subscribers.

But right now Netflix is still in a very strong position; it makes some of the best original TV programs on the planet and that isn’t going to change any time soon.

I will subscribe to both in all likelihood, long term, as each platform offers things that you cannot get anywhere else.

The services that will most likely suffer under Disney+ is not Netflix; it’s more likely to be Amazon and HULU.

Netflix and Disney have the resources and brand appeal to create new brands every year in the form of original TV shows and films.

Both have pedigree in this regard too, although Disney has been doing it longer.

Amazon and HULU’s original programming, while good, is not quite at the level of Netflix or Disney.

I can see Disney+ bring extremely popular with users, especially if it manages to make the transition to appealing to both adults and kids, as Netflix does.

But on the flip side, it also has a ton of content for older users as well. Disney needs to make sure it caters to everyone, just like Netflix does. If it does that it’ll basically be unstoppable.

Although I don’t think Netflix will be going out of business anytime soon. Most users will just subscribe to both services and get the best of both worlds. Why choose when you don’t have to?

And be sure to check out What Is Movies Anywhere? 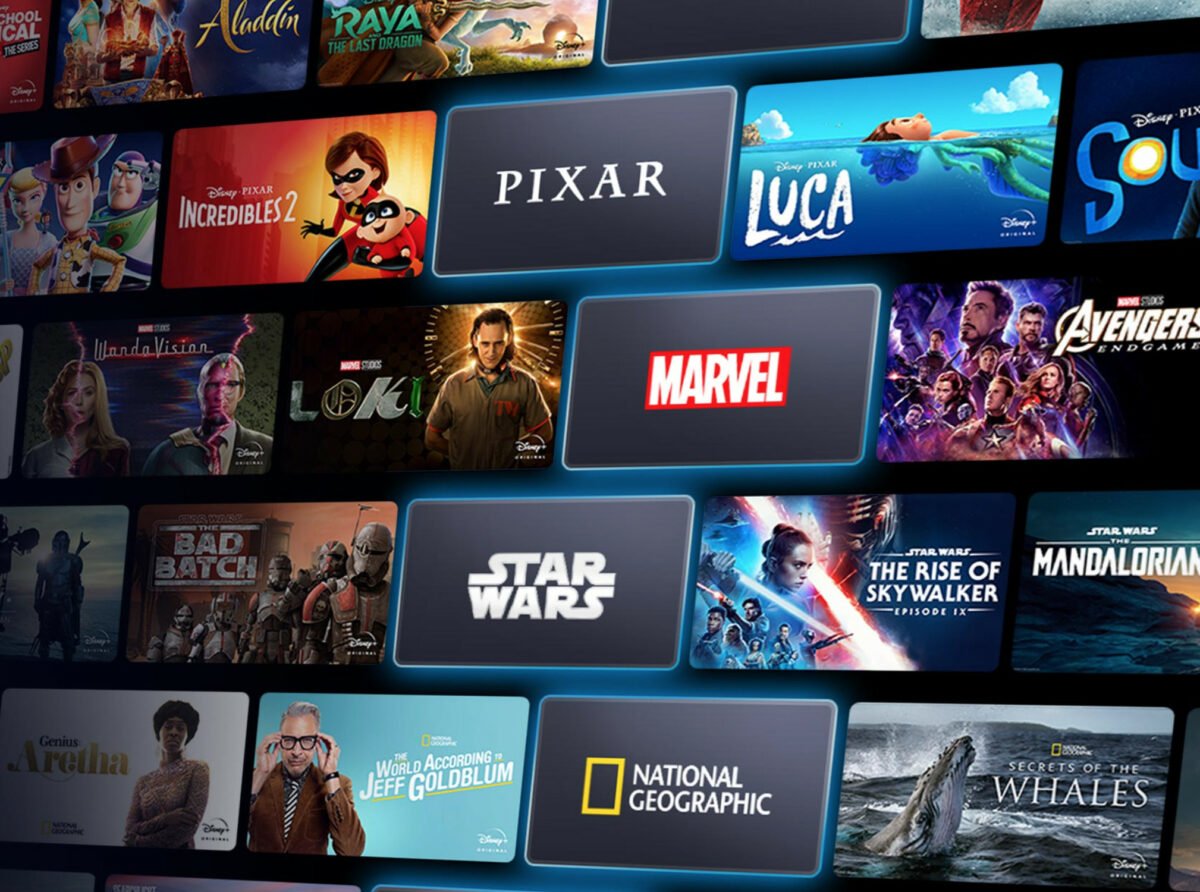 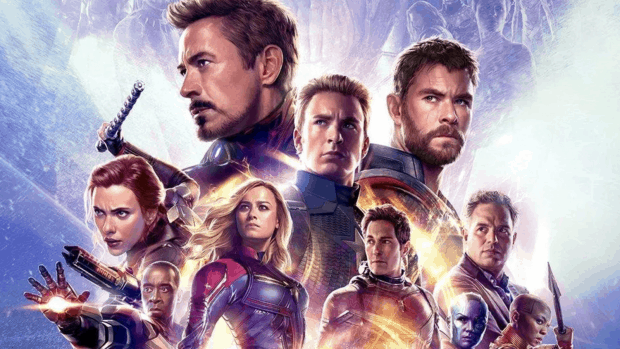 Avengers: Endgame Will Launch On Disney+ This Year