To date, there have been plenty of leaks around the Samsung Galaxy Note 20. But now the dust has settled, we know exactly what we’re dealing with: two phones and two levels of spec – and Samsung’s Exynos 990 CPU for ALL regions save for the USA which gets Qualcomm’s Snapdragon 865+ (Note 20 Ultra) and the Snapdragon 865 (Note 20).

You’re probably wondering what the Samsung Galaxy Note 20 looks like, right? Here’s a couple of official shots via Samsung for your viewing pleasure (the Note 20 is first, and the Note 20 Ultra is below). 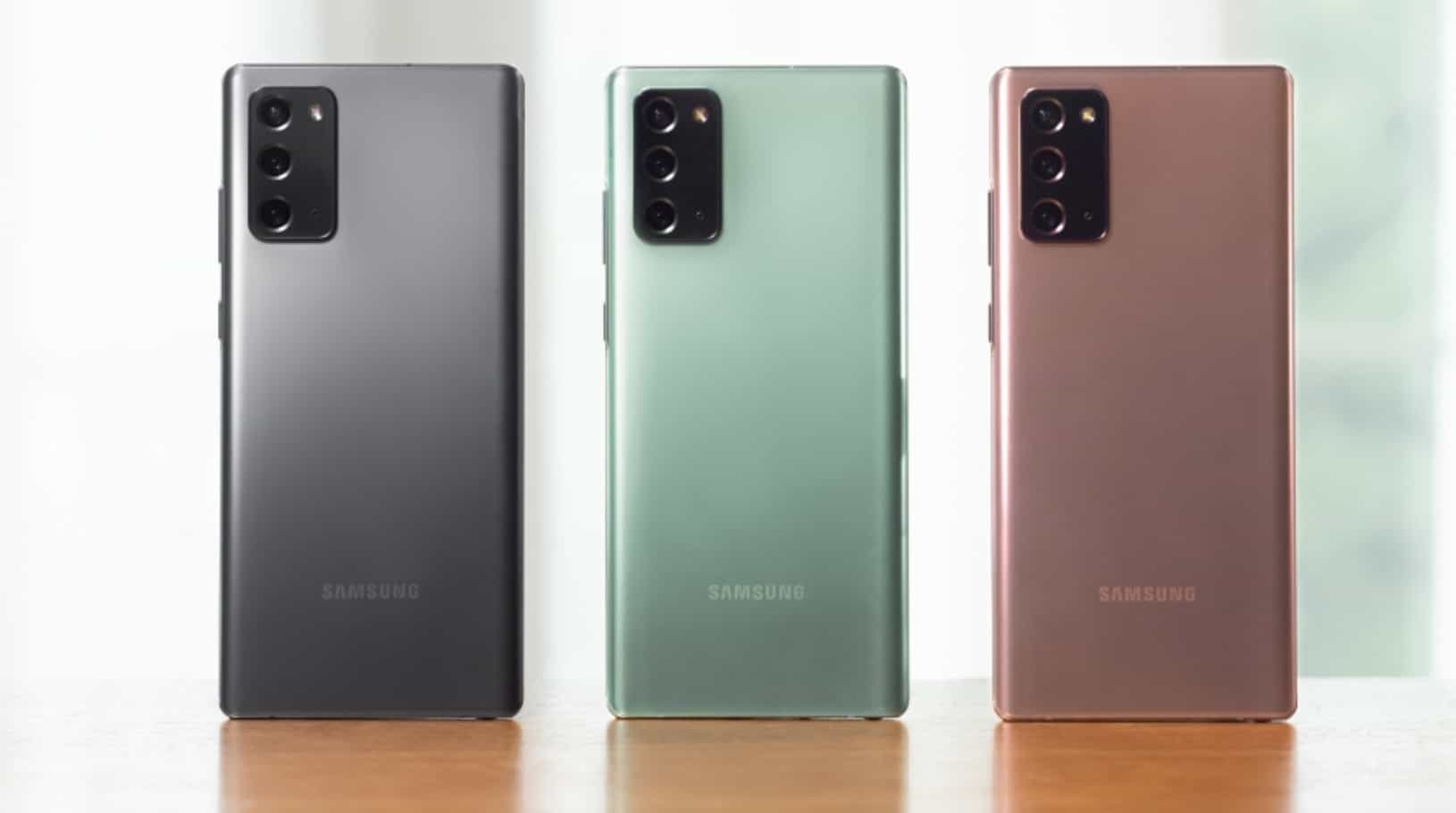 But before we get into the meat of the new camera on the Note 20 and Note 20 Ultra, let’s first look at the camera specs for both phones:

As you can see, the Note 20 Ultra’s main sensor, a 108MP setup, is definitely superior to the 12MP sensor on the Note 20 model. This higher MP sensor will allow for more detail in shots and, as pointed out during the launch, is intended for use by professional photographers – or those that demand more from their phone cameras. With 108MP, the level of detail you’ll be able to get in shots will be immense, particularly when paired with the 1/1.33 inch image sensor.

What’s most interesting about the Note 20’s cameras, however, is that Samsung has actually dialed-back some of the specs from the Galaxy S21 Ultra. The S21 Ultra featured 100x zoom, but the Note 20 Ultra will only do 50x and the Note 20, 30x. Samsung did this for two reasons: 1) the S21 Ultra’s zoom just wasn’t good enough, and 2) it made the phone too expensive. Reducing the zoom to a more respectable level keeps the price down without impairing the camera’s overall performance.

The other key difference between the Galaxy Note 20 and the Galaxy Note 20 Ultra’s camera has to do with optical zoom; the Note 20 doesn’t have it – instead, it uses a hybrid zoom. The Note 20 Ultra’s 5x optical zoom will ensure that photos taken using it will be clearer and crisper. Again, this is a small detail but it is something that will make a big difference – especially if you’re a camera nerd.

You also get Samsung’s laser auto-focus on the Galaxy Note 20 Ultra. Laser auto-focus isn’t new; the LG G3 had it many, many moons ago. The idea is that laser auto-focus is faster than standard AF and, because it is driven by smart algorithms, it should technically make taking pictures in all kinds of lighting super-easy, as it will automatically calibrate everything on the fly. All you’ll have to do is take the shot, basically.

Both phones will be able to shoot video in 8K too, and Samsung has seriously upped its game with respect to video editing abilities. Both the Note 20 and the Note 20 Ultra come with a raft of manual tools and software additions that can be used when capturing footage. Just remember: shooting and capturing video in 8K will pretty much devour your phone’s storage!

I was expecting a slightly lower price for the Galaxy Note 20. It does not have a 120Hz display and it doesn’t have 12GB of RAM, instead, it uses 8GB. It also uses the Snapdragon 865, not the 865+ CPU which is found inside the Note 20 Ultra (if you’re in the USA). As specs go, this isn’t bleeding-edge. 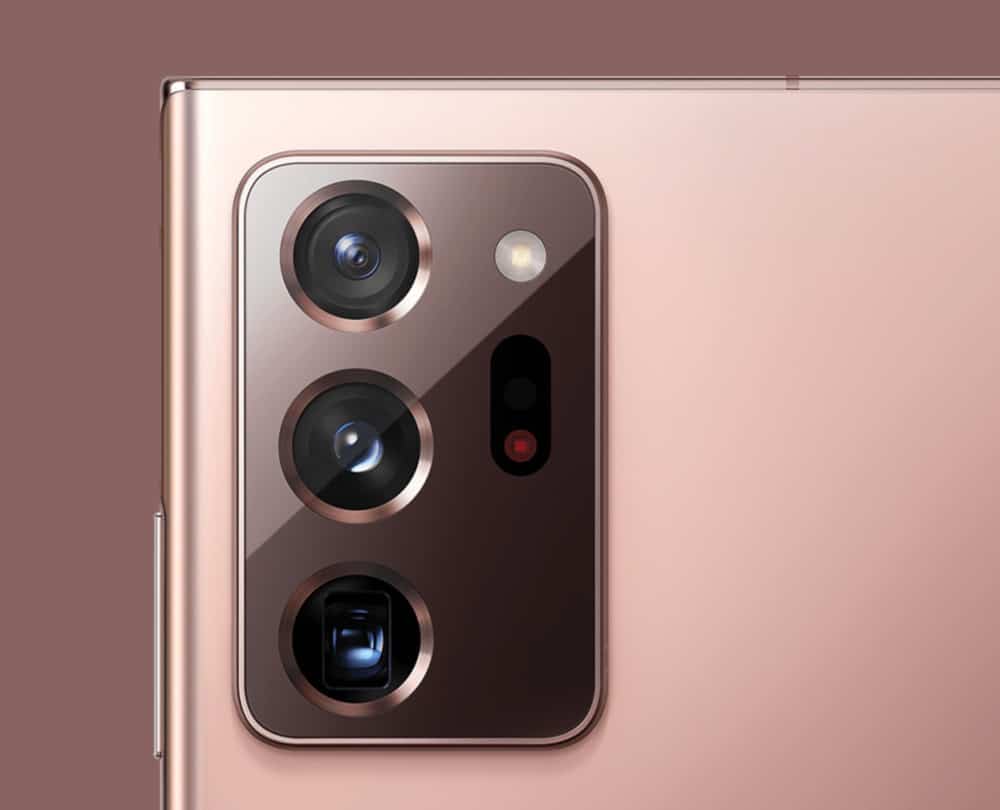 How so? Well, the iPhone 12 range will be made up of four phones; two of which will likely retail for less than $799 each. The Note 20 Ultra’s price is fine; it has killer specs and only certain people ever go for that kind of trim – you have to REALLY like phones to spend $1299 on one!

I think the Note 20, priced at $799.99, would have made an excellent new addition to the phone market right now. Pricing it inline with handsets from OnePlus and OPPO would have definitely scored Samsung a ton of new converts; at that price, contract deals for the phone would have been less intimidating, and this, in turn, would have driven sales through the roof.

I know Samsung is a premium brand, and when I look at the Note 20 Ultra, I get it – I can see that it is a monster. But the basic Note 20? It just feels like a slight rehash of the Galaxy S20 with an S-Pen. I honestly do not think the Note 20 is worth $999; I’d much rather pick up the OnePlus 8 or OnePlus 8 Pro – they have better spec and cost less.

The Samsung Galaxy Note 20 Ultra is the true flagship. It packs in all the latest specs and hardware, as well as one of the most potent camera setups we’ve seen so far this year – a triple-lens camera fronted by a 108MP sensor is pretty darn impressive.

You will pay for all this additional hardware and spec, however, so if you do want to go for the Samsung Galaxy Note 20 Ultra, be prepared to be forking over A LOT of money – easily north of $1200/£1200 to buy it outright. Go with the maximum storage, and you’ll be looking at even more.

If you’re in the US, you’ll get Qualcomm’s Snapdragon 865+ CPU regardless of which handset you go for. Elsewhere in the world, meaning everywhere apart from the USA, you’ll be getting the Exynos 990 version. And that kind of sucks because that chipset has already caused a fair amount of controversy for Samsung on account of it not being able to hold a candle to the 865+.

Samsung, however, is now taking pre-orders for both phones, so if you want to be one of the first people to own the Galaxy Note 20 and Galaxy Note 20 Ultra, get your ass over to Samsung’s site now and get your phone pre-ordered.

Alternatively, you can view all the latest deals for the Samsung Galaxy Note 20 range here – it pulls in 1000s of potential offers and is completely customizable.