The iPhone SE has the same design as the iPhone 8, so the Home button and TouchID are back. On the back, you have a single-lens camera. Make no mistake: this is simply an iPhone 8 with a new CPU and a slightly updated camera.

And that is totally fine because Apple’s iPhone 8 was a great phone and the A13 CPU is a monster; it’s more powerful than anything inside Android right now, so you’re getting market-leading performance inside a small package with some of the best software around. This phone will be Apple’s biggest seller of the year. Of that, I have no doubt!

The battery size is identical to the iPhone 8, so performance should be decent just not up to the standard of Apple’s larger iPhones.

The iPhone SE will be available in the following colors: black, white, and Product Red.

The #1 thing that will make the iPhone SE special, however, is that it will feature Apple’s A13 Bionic chipset, a monumentally powerful ARM-based chipset. This is the same chipset that runs inside the iPhone 11, iPhone 11 Pro, and iPhone 11 Pro Max. It’s also the most powerful SoC on the market right now – by a considerable margin.

This is important because, while the iPhone SE will lack many of the iPhone 11’s features, most notably in the camera department, it will pack in similar performance thanks to parity with its internal CPU and memory.

Basically, the iPhone SE will be cheap but it will perform where it counts – the A13 chipset is a beast and this will make the iPhone 9 a hugely impressive device, especially when compared to similarly-priced Android phones.

What is The iPhone SE?

Apple’s SE range of iPhones is made up of just two phones; the first was the original iPhone SE which launched way back in 2016, and the newer iPhone SE 2020 launched in April 2020. The “SE” stands for “Special Edition”, though both phones represent something of a concession on Apple’s part.

The first iPhone SE was released because so many of Apple’s long-standard users were irked by Apple’s decision to increase the size of the base iPhone model (the iPhone 6), making it considerably larger than all previous models. The original iPhone SE, then, can be viewed as something of an apology/concession from Apple.

In 2020, the iPhone SE 2020 can also be viewed as a concession too; only this time it has nothing to do with size and ALL to do with prices. Apple knows that there are now plenty of very attractive, cheap phones on the market from a raft of Chinese phone companies – notably those owned and controlled by BBK.

Apple has been losing market share consistently to these “cheaper phones” while also selling more of its lower-tier phones than its flagship models (the iPhone XR outsold the iPhone XS, and the iPhone 11 outsells the iPhone 11 Pro Max). For this reason, Apple needed an honest to goodness cheap phone, so it basically did an iPhone 8 redux and added in a new CPU and tweaked some of the internals.

SE basically means, Apple isn’t happy, that something has happened – be it a market trend or distemper amongst its install base – and a concessionary release is required. Basically, if you see an iPhone SE model released, you know something’s going on. Back in 2016, it all related to the new dimensions of Apple’s iPhone 6, and in 2020 it relates to Apple’s complete lack of presence in the lower (and hugely lucrative) segments of the phone market.

The iPhone SE sold really well when it first launched; the 4in iPhone was insanely popular with Apple’s existing user base as well as floating voters that were looking for a smaller, but equally powerful phone. Calls have been made since 2016 for a sequel to this phone; up to now, however, Apple has been focussed on its more expensive phones.

However, given current market trends, and the fact that brands like OPPO, Xiaomi, and VIVO are fast-becoming the biggest phone brands on the market, something had to give – Apple had to adjust its business model and create something compelling for the lower-end of the market (where all the real growth and action is) – and this is where the iPhone 9 comes into play.

Why Apple Needs A Cheap iPhone

This is why the iPhone SE release has to happen now; Apple needs it in order to compete with the threat presented by phone brands like OPPO, Xiaomi, Huawei, and OnePlus. Previously, Apple only had Samsung to worry about. Nowadays, it has several potential competitors to consider when making decisions about the direction of its phone business.

And ALL of these competitors are killing Apple in the one area that really counts – price. Consumers DO NOT want to pay $1000 for a phone, not when they know they can get something similar for 50% less from one of these new Chinese phone brands.

This is why flagship sales are down year on year; it’s not because of less demand, it’s because there is more competition than ever before and these Chinese brands really don’t mess around when it comes to price. I mean, just look at the OnePlus 7T (it’s now insanely cheap). It has killer specs, an amazing display, and a decent camera. And it’s $200 cheaper than the iPhone 11…

And Apple has finally woken up to this fact which is why we are now getting a $399.99 iPhone. 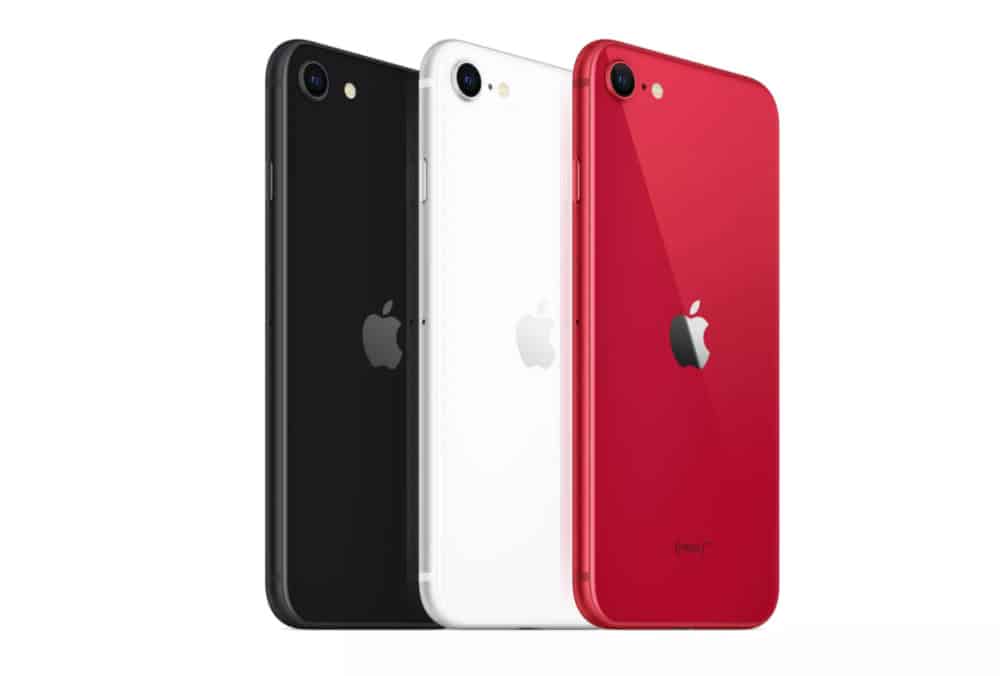