Apple’s iPhone 13 will get a launch and release date in 2021. There will be several models across a range of price points. Here’s the latest news…

If you’re interested in finding out all the latest news about Apple’s iPhone 13, this is the place to be – so add a bookmark. As soon as a story about the iPhone 13 breaks, it will be included below. In the end, or by the time we get the iPhone 13 launch, we’ll probably have over 200 updates below!

The iPhone 13 will feature a smaller, less in-your-face notch on the front of the phone. According to multiple leaks, Apple is keen to slim down the notch on 2021’s iPhone range, a move that will make a lot of users happy.

We now even have some renders of what the iPhone 13, complete with a smaller notch, will look like. You can see the mockup of the iPhone 13 below.

There is some confusion on the ins and outs of how Apple will reduce the size of the notch on the iPhone 13; one source (Ice Universe) says it will be reduced vertically, while the second (Jon Prosser) says it will be made smaller horizontally.

The confusion over how the notch will be resized is almost certainly down to the fact that Apple will be testing multiple designs prior to launch. Prosser and Ice Universe have likely seen (or claimed to have seen) two different models. Hence the conflicting reports over how the iPhone 13’s notch will function.

On top of this, the iPhone 13 will apparently also be the first iPhone to carry Apple’s ProMotion 120Hz display. Whether this feature will come to ALL models in the iPhone 13 range remains to be seen. Personally, I would not expect to see the ProMotion display on Apple’s cheaper models, just the Pro ones.

Apple will also bring back TouchID on the iPhone 13 too, though this time it will be an in-screen sensor. And the reason? COVID and the fact that some users – meaning, A LOT – actually prefer TouchID to FACE ID.

FACE ID isn’t going anywhere, it’ll still be present on the iPhone 13. The in-screen TouchID sensor will just give users another option for unlocking their phones.

Foldable phones are expensive. They have also yet to really take off; do you actually know anybody that owns one? I don’t. For this reason, and the fact that this trend probably won’t change one iota inside the next couple of years, I really do not see Apple making a foldable iPhone in 2022 when the time comes for the iPhone 13 to launch.

The entire foldable concept has yet to prove itself. And just like larger displays before it, Apple will almost certainly bide its time. Only when foldable phones are commonplace, like phablet-sized displays in the late 20-teens, will Apple bring a foldable to market – and that’s a big WHEN because foldable phones do not look like they’re catching on. 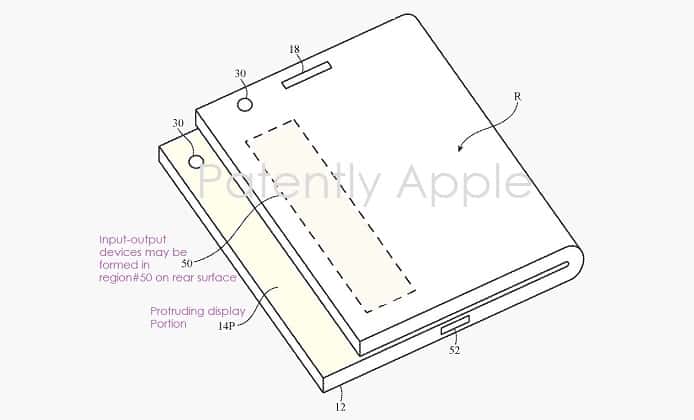 We could see a foldable Apple product though, according to leaks, but it won’t be an iPhone; rather, it will be an iPad. A bunch of patents have surfaced in 2020 that show how Apple plans on making its iPad foldable. Whether this foldable iPad will actually happen is anyone’s guess – but there is R&D being done on it inside Apple’s HQ.

And for the record, a foldable iPad (or any tablet device, for that matter) is probably a lot more useful than a foldable phone. Think about how you use a tablet; it’d lend itself much better to the foldable format. I could definitely see a foldable iPad doing really well with consumers, especially if it had an OLED display and great reading modes – it’d be like a digital book!

Even with patents filed and R&D happening, it still doesn’t mean the foldable iPad is coming to the market. Apple builds and tests tons of concept designs. When you have billions of dollars in the bank, you can afford to indulge your whims. Still, ever since I heard about the possibility of a foldable iPad, I kind of can’t get the idea out of my head…

Apple’s likely got some big updates for the iPhone 12’s camera array, but the really big changes, according to Ming-Chi Kuo, will be reserved for the iPhone 13 in 2021. According to the analyst, Apple is in the process of forming new relationships with two new lens suppliers, South Korea’s SEMCO, and China’s Sunny Optical.

SEMCO will apparently be providing Apple with a new periscope lens for the iPhone 13. The periscope lens will be small enough to fit inside a standard camera module and will provide zoom capabilities ranging from 30x to 50x, and even a 100x zoom to the iPhone 13, though this new capability will likely be reserved solely for Apple’s most expensive flagship models.

Apple currently sources its lens from Taiwan’s Genius Electronic Optical, though it is unclear whether the company will be providing support past the iPhone 12. As it stands, the addition of a 100x Zoom lens on the iPhone 13 Pro Max would make for a huge uplift in performance, especially for those that use their iPhones for professional shots.

June 24 – USB Type-C & iPhone: The Rumor That Refuses To Die

Every year we get a new iPhone, and every year, prior to that iPhone coming out, someone publishes an alleged leak about that particular iPhone running a USB Type C port in place of Apple’s long-standing Lightning port. This happens every year, so it comes as no surprise that we are now hearing about “plans” by “Apple” to switch its iPhone 13 range over to USB Type C.

But here’s the problem, when dealing with salacious rumors: stuff starts to contradict itself. Case in point: the iPhone 13 – according to some – will be the first every portless iPhone, and by portless they mean it will have no ports – no lightning, and no USB Type, either. Perhaps the portless iPhone will be exclusive to one model only? The iPhone 13 Pro Max, for instance? If so, sure, there’s room for USB Type C on Apple’s other iPhones. 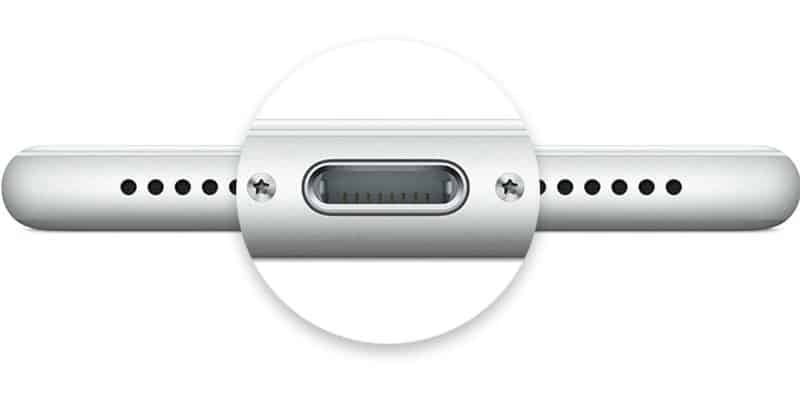 And there is that EU ruling to consider as well, the one that states ALL new phones must run the same USB Type C charging port.

So? How did the iPhone 13 USB Type C rumor start? It comes via Economic Daily, a blog dedicated to tracking the comings and goings of technology suppliers. According to the ED, Apple’s tasked Longwell with supplying it with USB Type C for a “variety of products” – including the 2021 iPhone. Longwell will produce 30% of Apple’s USB Type C ports, while Japan’s Sumitomo will take care of the rest.

That’s all we know for now. It’s not concrete, it’s not solid. But, as rumors go, it is one of the more believable we’ve seen to date given what’s going on in the EU and how much simpler life would be for all concerned if Apple just upped and switched to USB Type C.

It’s silly season, so why not talk about the prospect of a foldable iPhone 13? According to online Apple mage, Jon Prosser, Apple is currently hard at work on a foldable iPhone that it might release in 2021. And, yes, that would mean it is either the iPhone 12s or, more likely, the iPhone 13 – big changes ALWAYS require new numbers.

Oddly, Apple’s vision of how a foldable iPhone should work is closer to Microsoft and LG’s take on folding phones rather than Samsung and Huawei’s more seamless style. The “foldable” iPhone – which we’re gonna call the iPhone 13 – will apparently be made up of two distinct panels that are fixed together via a hinge a la Microsoft’s Surface Duo.

Prosser says the finished design will look “fairly continuous and seamless” – though based on the concept art he shared, I can’t say I agree – it looks pretty messy. Especially when compared to Huawei’s beautiful Mate Xs and Samsung’s incoming Galaxy Fold 2, both of which run seamless, folding OLED panels.

Obviously, you’ll want to take all of this with a pinch of salt. Prosser is even careful to use the word “prototype” in his description, so this is most likely nothing like what we’ll see come 2021. Apple will likely have multiple prototypes on the go, maybe as many as 20-30 designs; this is common practice when working on a new design.

My guess? When the folding iPhone does eventually arrive it will look more like the Huawei Mate XS than the Microsoft Surface Duo. And that’s probably a good thing because the image Prosser shared looks, well… kind of like one of LG’s castoffs. There is no way Apple would come to market with a foldable phone that didn’t surpass what Samsung and Huawei are currently producing.

June 11 – The End of The Notch on iPhones? Quite Possibly…

According to reports, Apple was in the process of testing a notch-less design for its incoming iPhone 12 range. The idea, apparently, was to stuff all the notch-housed technology inside the earpiece, saving room up top and opening up the possibility of an all-screen iPhone.

However, these plans were put on hold and tabled for “future” iPhone releases – perhaps 2021’s iPhone 13 range (or at least one of them). Ben Geskin reckons one of Apple’s 2021 iPhone models will utilize this new design, claiming the phone will not only be portless but also have Apple’s FACE ID and TrueDepth camera system housed inside the top bezel.

Which iPhone will this be? Given that the source claims it’ll be the one with a 6.7in display, it’s clear that Apple will try this new display and portless design out on its most expensive model, the iPhone 13 Pro Max – or whatever it is eventually called. Apple sells fewer high-end iPhones than its standard, entry-level models, so trailing new features on it makes sense, especially if something goes wrong.

The idea that Apple will get rid of all ports on future iPhones is not new; there’s been talk about a portless iPhone ever since Apple did away with the headphone jack on the iPhone 7.

As it turns out, the iPhone 12 range will still feature Apple’s lightning connector for charging purposes, as well as wireless charging too. But things will change in 2021, apparently, with the release of the first portless iPhone in the form of one of Apple’s iPhone 13 range – most likely the flagship model.

And there are some rather dubious mock-ups of what the iPhone 13 might look like, sans ports. The images come via a Japanese blog with a decent track-record, though YouTube leaker-stroke-Apple-mage, Jon Prosser, reckons they’re bunk. Either way, they’re included below, so have a look and see what you think. 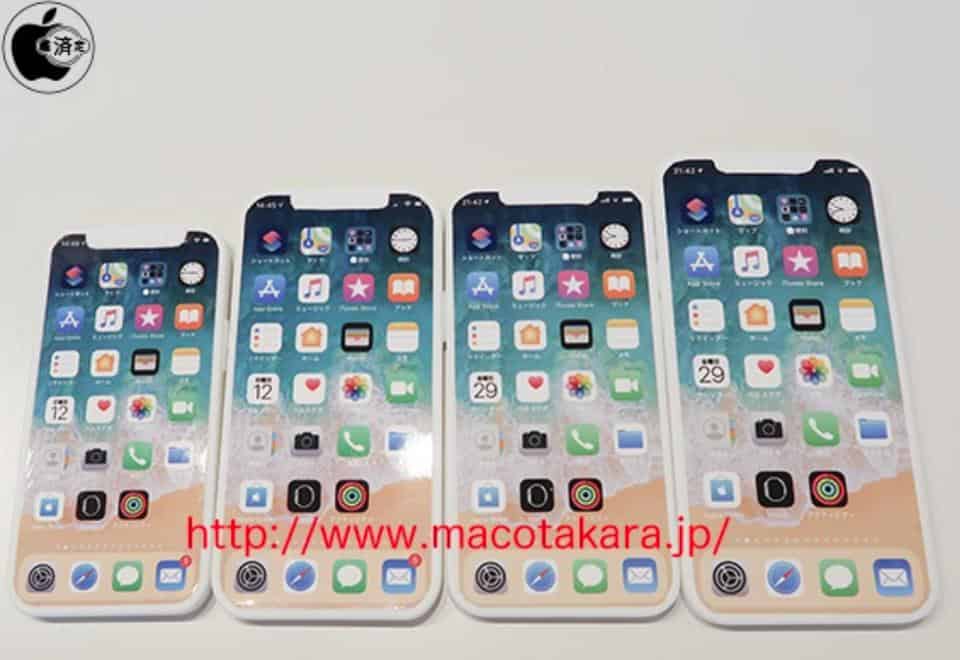 The iPhone 11 Pro and Pro Max were the first iPhones to use triple-lens cameras. In 2020, Apple will likely stick to this format, focussing on improving the performance and sensors rather than adding in an entirely new sensor. This is how Apple does things; it takes small, incremental steps forwards.