iPhone X Dimensions Make It The #1 Most Portable OLED iPhone

If you’re looking for a modern iPhone with an OLED display that isn’t too big, the iPhone X, with its svelte dimensions, could be just what you’re after…

The iPhone X was something of a game-changer for Apple. Not only did it do away with TouchID and the home button in favor of FACE ID, but it was also the first-ever iPhone to use an OLED display, a tradition that has now been carried forward on successor models like the iPhone XS and iPhone 11.

And when it comes to iPhone X’s size, the iPhone X is one of the best options for those after a more portable iPhone experience.

The iPhone X is smaller than the iPhone 8 Plus by quite a margin, and the reason for this is to do with its design; it no longer has a home button, so Apple was able to make some big space savings while still increasing the size of the display.

For this reason, the iPhone X’s size (or, more specifically, its dimensions) make it one of the smallest modern iPhones you can buy.

For this reason, if you’re after a smaller iPhone that has an OLED display, the iPhone X is one of the best options you can buy in 2020. It has a smaller display than both the iPhone 11 and the iPhone XR (they use 6.1in LCD panels) and it is also cheaper to buy.

For me, this makes the iPhone X a great handset for a lot of people – even in 2020. The iPhone X is very powerful, it looks more or less the same as Apple’s iPhone 11 Pro, and its processor, despite being a couple of years old, is still more powerful than the ones used inside £1000 Android phones today. 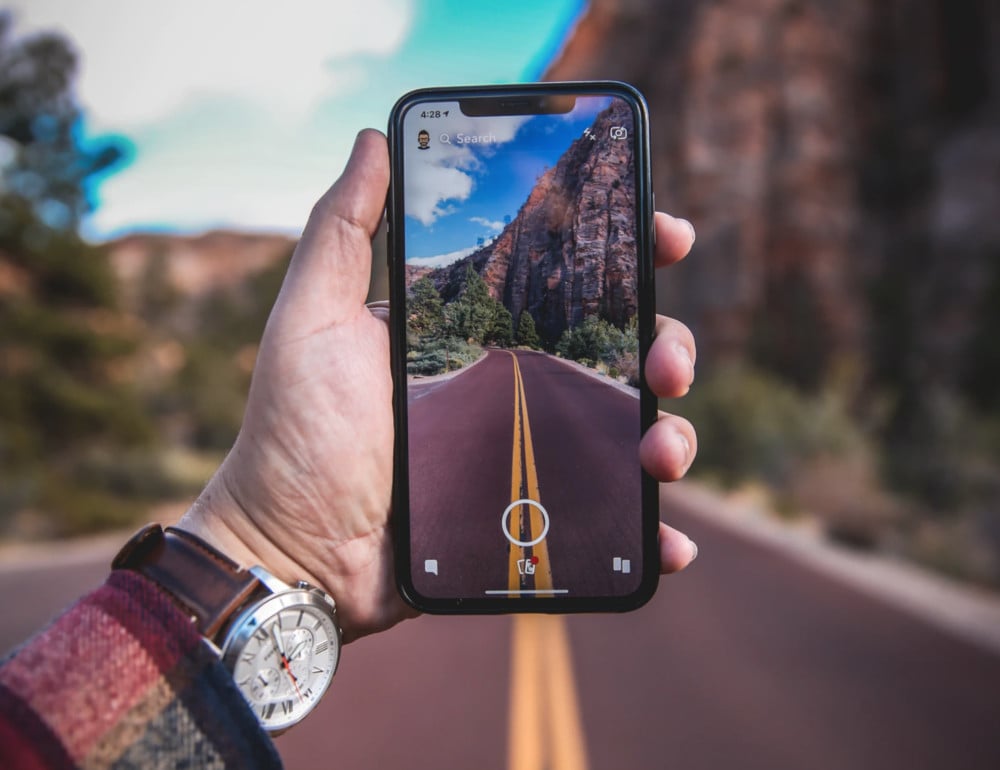 OK, so why are these numbers special? Two reasons: the first is that the iPhone X is smaller than the iPhone 11 – by quite a margin. The iPhone X has a 5.8in OLED display, whereas the iPhone 11 uses a 6.1in LCD panel (and OLED is, of course, better than LCD – both for color and accuracy, as well as power management).

The iPhone X Now Retails For Just $438, Making It The Cheapest OLED iPhone on The Market

And this means if you’re after a cheaper iPhone deal, but want an iPhone that is smaller than the current models but also has an OLED display, then iPhone X – it can now be had for just $438 via Amazon – is a very good-looking offer. I mean, it’s almost $200 cheaper than the current iPhone 11 and it has a better display and smaller overall stature.

Small iPhones Are Dead (Kind of)…

If you want a smaller iPhone in 2020 or beyond, you’re essentially out of luck – unless you go with the iPhone SE 2020, of course. This means that people who want smaller, more affordable iPhones have to get savvy. And often that means buying older iPhone flagships a couple of years after they’ve been released. You still get plenty of power and performance, just for a massively reduced price.

Another option, if you miss TouchID and having a 4.7in display would be to get either the iPhone 7 Plus or the iPhone 8 Plus. Again, both of these phones are now available for less than $350 in most cases. And because the price of the iPhone X is now so low, you can technically buy the phone outright and then shop around for an awesome SIM-only deal which, in turn, will help lower monthly outgoings while running the phone. Why? Simple: you’re ONLY paying for data and calls. Not a phone. This is why SIM-only deals are a lot cheaper than phone + contract deals.

I recently bought a refurbed iPhone XS Max, that phone isn’t small, but it is super-powerful and it cost me less than $450 – and the handset was in mint condition. I bought the XS Max because I wanted a “newer” iPhone that had an OLED display. The iPhone X would have worked fine, I used to run one, but I wanted a slight update, as well as improved camera performance – two things the XS Max has over the iPhone X.

Why I Buy Older iPhone Flagship Models (Like The iPhone X)

For me, this is the #1 reason why you’d buy an older iPhone flagship model. You get all the benefits and none of the headaches of massively expensive contracts and upfront fees. No one really needs the latest and greatest iPhone, it’s a luxury, and if you want to be a little more stoic about tech, opting for an older flagship like the iPhone X pays dividends in the long run.

For instance, I could go out now and buy the iPhone X online for £395 (I’m in the UK) via Amazon. Next, I’d go and get a SIM-only deal from Three with Unlimited Data (this will cost me £20 a month). Wait a few days, then I’ll have a brand new phone and a brand new monthly data allowance for just £20 a month (minus the £395 a paid for the phone).

Put that way, it’s kind of a no brainer – especially if you’re looking to save some cash in 2020 and beyond. And because the iPhone X is so potent, you’re not even really making any concessions. It has more than enough power for even the most advanced types of usage, the camera is brilliant, and it has a beautiful OLED display (something the iPhone 11 does not). Y

es, the iPhone 11 is newer and has an updated CPU but this doesn’t really matter – not for most people. Apple’s A11 chipset is a monster, easily as good as the CPU in most sub-£400 laptops, so it’ll be more than enough for what you’re doing on your phone.

Apple wants you to buy the latest iPhone. The networks do too. But if you’re savvy and actually think about it for a second, going for an older iPhone flagship makes way more sense. You can buy the phone outright, shop around and change your SIM whenever you like, and you’re free to sell on the phone whenever you like (you might even make a profit if you list it privately on eBay and it’s in good condition).

And remember: I’m a tech blogger as well. I test phones out all the time, including Apple’s latest iPhone 11 range. But when the time comes for me to buy a new phone, I always buy older iPhone flagships because I like to buy my phones outright and pick and choose where I get my data and calls from, as new deals come up all the time.

This approach gives me more freedom, saves me money, and I don’t feel like I’m going without because I have a solid iPhone with an OLED display that is seriously potent in every regard for less than $400! It’s really that simple.

Oh, and if you need a case for your iPhone, make sure you check out these guys – they make the coolest iPhone cases on the planet!