With a SIM-only deal, you’ll save more, get more of what you want (data), and have the option to leave any time you like. What’s not to like!?

SIM-only deals are the #1 way to cut down your monthly expenditure. If you own your phone outright, or you want to buy one outright to avoid expensive contracts, then a SIM-only (AKA SIMO) is the best option for you.

SIMO deals are, perhaps, the most common way for UK punters to keep their monthly phone bills down. Many SIM-only deals offer unlimited data, calls, and texts (like this one from Three), so just because you don’t have a contract doesn’t mean you have to miss out.

You can pick up SIM-only deals for as little as £4 a month, though that won’t get you much data. If you want unlimited data, you’re looking at around £20-£25 a month (Three’s Unlimited Plan offers unlimited everything plus free 5G for when you get a 5G phone).

Right now, the following deals are the best SIMO deals from the UK’s biggest networks.

EE does a range of SIM-only plans, as well as special offers, which rotate on a weekly basis. EE has the best coverage of any network in the UK right now and is currently rolling out 5G too.

If you have a phone and you need a solid SIM-only plan, EE is the #1 choice for UK users right now – for the price, for coverage, and for download speeds. I’ve highlighted a few examples of what’s available below, but you’re best off searching all of its deals for yourself – there’s a lot of SIM-only plans on offer.

Three – the mobile network I use – offers a massive range of SIM-only plans, ranging from ultra-cheap with data limits to totally unlimited SIM-only plans from as little as £10 a month.

You can opt for unlimited data on most plans, though most require you to sign up for multiple months at a time. This isn’t an issue, however, as you’re going to get a great deal, as well as brilliant coverage. And if that wasn’t enough, Three offers 5G at no additional cost. That means if you get a 5G in a few month’s time, it will get immediate access to 5G.

Again, I’ve highlighted some deals that caught my eye below. Have a look at Three’s ever-growing range of deals and see just how cheaply you can run your smartphone.

Vodafone’s SIM-only deals are nice and simple: you have about 10 options to choose from, ranging from totally unlimited plans to cheaper plans with data limits (the lowest is 2GB per month).

Keeping things simple makes choosing a plan a lot easier; you don’t have to scan and re-scan hundreds of potential offers. Just find the one you want and go ahead and secure it. Unlimited plans start from £23 a month and go up to £36. Select SIM-only deals also come with free 18-month subscriptions to either Amazon Prime Video, Spotify, Now TV, or Sky Sports Mobile TV.

GiffGaff has been doing SIM-only plans since, well… forever. SIM-only deals are basically what GiffGaff has done since day one. It strives to offer its customers the lowest possible price on data and calls – this is the #1 reason why it has so many dedicated fans.

GiffGaff’s SIM-only deals start from as little as £6 a month, though that only gets you 500MB of data. Unlimited data plans start from as little as £25, however, which makes it one of the cheapest options of any UK network. If you’re looking for value for money but still want plenty of data and minutes to play with, make sure you check out GiffGaff’s latest offers for all the latest deals. 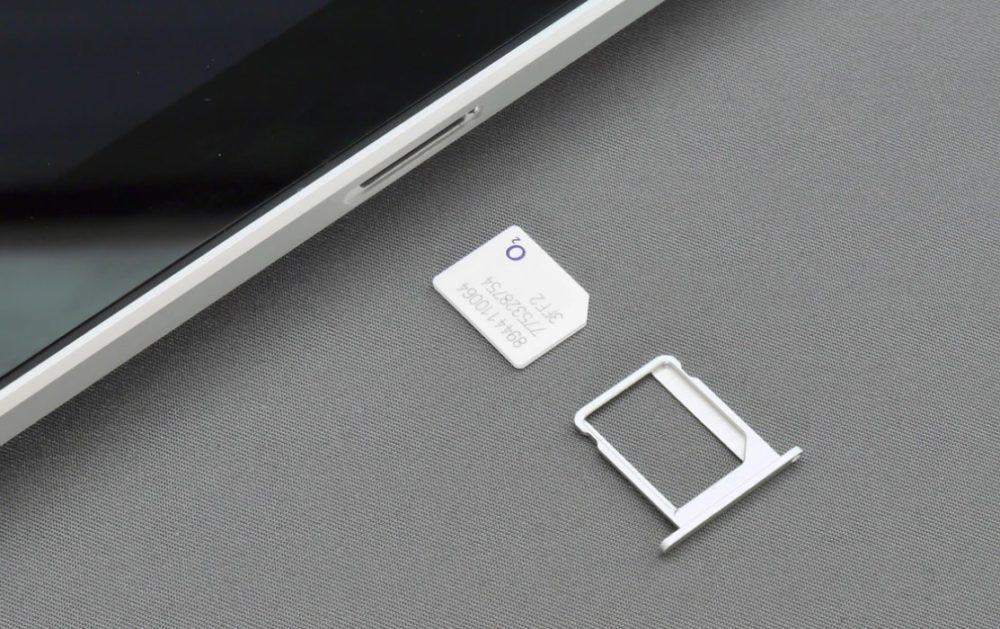 The main benefit of going the SIM-only route is money; you’ll save a fortune not being locked into a contract for two years. With a SIM-only deal, you can pick and choose exactly what you want with respect to data allowances and minutes. And best of all: if you find a better deal elsewhere, you can just leave – you’re not tied to any, one network.

You will have to source your own phone, more on that in a bit, but once you’ve done this you’re essentially a free agent. Networks make most of their money on hardware sales, effectively leasing millions of people iPhones and Samsung phones. The data and minutes are a secondary revenue stream. And remember: on a contract, you’ll pay WAY more for a phone than you would if you bought it outright, either direct from the retailer or via somewhere like Amazon.

For me, SIM-only is the ONLY way to run a phone. You get more bang for your buck, you’re not tied to a network for years at a time, and if you find a better deal elsewhere, well… you can just go out and get it. Example: Say you’re with O2, but Three starts offering Unlimited Data on one of its SIM-only deals. Well, because you’re not tied to O2 by a contract, you’re free to ditch it and move your business over to Three. All you’ll need is a PAK code.

OK, so you want to go the SIM-only deal route, but you’re not exactly cash-rich. How do you buy an expensive phone outright if you’re not loaded? Simple: you don’t. Plenty of retailers run 0% finance on their handsets that you can take over 12 months, spreading the cost of a new device over the next year. Average monthly payments for an iPhone 11 direct from Amazon would be £20 a month or something like that.

Samsung also runs great finance offers too on ALL of its products, so you can pick up any Samsung product, be it a phone, a TV, or a washing machine, and pay it off over 12 months with 0% APR. Being fiscally aware of your options, and leveraging them correctly, is the #1 way to lower your monthly costs and still get the phone you want. Phone contracts are a con, so always finance the handset yourself.

How To Save Money Buying Phones (What I Do)

Alternatively, you could save a heap of money buying a refurbished phone. I tend to bang on quite a bit about refurbished phones, but the reason for this is because I love value for money and I hate paying over the odds for products – especially phones. Refurbished phones look and function as good as new, but you can pick them up for about 40% less. Case in point: I saved about $400 on a refurbished iPhone X last year.

And an iPhone X, even in 2019, is really all most people need. It’ll get software updates from Apple until well into the mid-2020s, the camera is great, and it looks more or less identical to Apple’s newer iPhone 11. It’s just a hell of a lot cheaper, and the reason for this is simple: somebody else has already taken the depreciation hit.

Where To Buy Refurbished Phones:

Alternatively, you can buy older flagship models. This tactic is something I’ve done over and over again during the past several years. Right now, you can pick up the excellent Google Pixel 3 XL, for instance, for around $500. I’d argue it is a better overall phone than Google’s newer, and infinitely more expensive Pixel 4 XL.

This is just one example. There are tons of options for acquiring cheaper phones. You just have to be a little savvy and think outside the box. My preferred way to get cheap phones is buying them refurbished. I tend to use Amazon or Gazelle for this. And once I have a new phone, I then shop around for the best possible SIM-only deal.

If you do all of the above correctly, you could reduce your monthly phone expenses by around 30%-40%. SIM-only plans are cheaper than contracts. Plus, buying a phone outright – either through finance or refurbished – will lower your monthly hardware costs. These two things combined result in a drastically reduced monthly phone bill.

And that’s what everybody wants, right?