The iPhone 9 should have followed the iPhone 8 and iPhone 8 Plus but instead, we got the iPhone X – AKA the iPhone 10. Why did this happen? What’s Apple’s beef with the number 9?

In Asia, many, many tech companies are superstitious about numbers. Certain numbers are considered unlucky and this is part of the region’s cultural history.

In the west, the number 13 is unlucky – for reasons that date back to the Dark Ages – but in Asian countries like China, the number 4 is considered very unlikely.

Why? Well, in Chinese the number 4 is synonymous with death – this is why we didn’t get a OnePlus 4, for instance.

It is also why many buildings in China do not have a fourth floor. But the number 9 – at least as far as I’m aware – is not considered unlucky. In fact, in China the number 9 is considered lucky; it is thought to bring harmony and help create a nice relaxed atmosphere.

And what does this have to do with the iPhone 9?

Nothing. I just wanted to do an interesting introduction for once. And what’s more interesting than a nice slice of numerology when you’re reading about tech?

Now, let’s discuss why the iPhone 9 didn’t happen. Apple, of course, has never disclosed why it skipped the iPhone 9, so we’re left to speculate about what happened.

There has never been an iPhone 9. Apple never released a product called the iPhone 9 after its iPhone 8 and iPhone 8 Plus. And the reason for this? It was the iPhone’s 10th anniversary. Apple wanted to do something special, so it dropped the number 9 and used the Roman numeral “X” instead – “X” denotes “10” in this case.

The way I see it, there are three possible reasons why Apple skipped the iPhone 9 and moved straight to the iPhone X, with reason #1 being the most plausible – it was the iPhone’s 10th anniversary.

However, there could have been other reasons for the switch. We’ll get to these in a minute. It is worth noting that the reason there is so much confusion over what happened to the iPhone 9 is because Apple is so secretive about how and why it does things.

What Happened To The iPhone 9

#1) It Was The iPhone’s 10th Anniversary

When the time came to release what we assumed would be called the iPhone 9, it was actually the iPhone’s 10th birthday. And this meant when it rolled around to the iPhone’s 10th anniversary, Apple was one year short on its iPhone numbering. Rather than just biting the bullet and following convention, Apple execs decided to skip the iPhone 9 and move right along to the iPhone X – X means 10, it’s a roman numeral FYI.

This tied up the launch of the iPhone X with the iPhone’s 10th anniversary nicely. It was the 10th year of the iPhone and the phone was called 10. Apple also made sure its 10th iPhone was rather special too. The iPhone X was the first phone to ever break the $1000 mark, it ditched the home button in favor of FACE ID, and it looked completely different from the iPhone 8 and iPhone 8 Plus.

In this context, calling the iPhone X the iPhone 9 would have just felt, well… a bit weak. The phone was so different that it almost commanded a brand new naming convention, anniversary or not. For me, this is the most likely explanation as to why Apple skipped the iPhone 9 and released the iPhone X instead: it was the iPhone’s birthday, a special event in Apple’s history, and the phone itself represented a major change to the iPhone’s design and functionality.

As noted above, the iPhone X was A LOT different than what came before it. The home button was gone, replaced by FACE ID and the notch. These days, we take the iPhone’s design for granted – hundreds of millions of this style of iPhone have now been sold. But at the time – circa 2017 – the iPhone X was a big deal for both Apple and its users.

As a company, Apple tends to play it very safe with its iPhone. The phone is its major cash cow, after all. But when it does make big, sweeping changes, as it did with the iPhone X, it likes to make plenty of fuss about it. The iPhone X looked different, sure, but it also changed how Apple priced its phones.

The iPhone X was the first phone to break the $1000 mark. In order to massage this price change into customers’ minds, Apple needed the phone to be different. It needed something completely unique to sell to its loyal user base. The iPhone X – with its new design and new branding – was just what was required to acclimate people to this new, more expensive type of iPhone.

Interesting, the iPhone X is directly responsible for significant price hikes on Android phones too. After its release, nearly every major Android phone maker followed suit and started pricing its flagship phones in and around the $1000 mark. And this combined with inflation is why phones now cost WAY more than they used to. Thanks, Apple!

#3) It Made More Sense From A Marketing Perspective

Following on from the point above, if you’re going to ask people to shell out $1000 for a phone, you’re going to have to come to market with something very compelling. At the time, the iPhone X was exactly this – a phone that completely changed the look, feel, and functionality of the iPhone more or less overnight.

It changed pretty much everything about iPhone, from how you interact with iOS to how you unlock the phone and pay for goods. And unlike the iPhone 8 series, there was only one iPhone X, so if you wanted a new iPhone in 2017, you had to pay the big bucks. And plenty of people did too, thanks to the success of Apple’s shock and awe iPhone X launch and its subsequent marketing.

Had Apple called the iPhone X the iPhone 9, it definitely wouldn’t have had the same impact. Nine follows eight, yes, but it lacks the visual punch of the X branding. Apple totally knew this which is why it decided to go big and skip the iPhone 9 in favor of the iPhone X.

The letter “X” is one of the sexiest letters – yeah, I just said that – in the alphabet. It usually signifies change, or “new stuff”, or hidden treasure. Psychologically, humans are hard-wired to respond to the letter X – it brings up myriad connotations in the mind, including sex and treasure. But X also signifies Christ and is a symbol for “crossing over” to another dimension – a transcendence, transformation, or transmigration, if you will.

And this, ladies and gentlemen, is why the iPhone 9 never happened…

Apple’s S-Updates were pretty common back in the day. But Apple’s “roman numeral” era for iPhone didn’t last very long at all – we had the iPhone X, iPhone XR, iPhone XS, and iPhone XS Max. After that, Apple switched back to solid numbers with the iPhone 11 and iPhone 12.

Apple’s iPhone 9 generation should have followed the iPhone 8 but because it was the iPhone’s tenth birthday and Apple had something special planned for its ninth generation iPhone, a new type of branding was created that served a dual purpose.

The letter X always has appeal, it has an allure that many other letters do not. But it can also represent the number 10 in Roman numerals. Apple used this double-meaning to rebrand its 9th generation iPhone as the iPhone X, rather than the iPhone 9.

First of all, ever since people have gotten to the point where they recognize that there is an alphabet, X is the one letter that everybody learns.

We use the symbol to mark ballot boxes, places on a map, it’s a normal symbol for marking the center or crossroads. Then there’s Christian symbolism.

Not only is there the cross in lots of variations . . . there’s also the fact that in Greek, Christos starts with “chi” (a Greek letter from which X developed), and that’s been around since forever. It’s a magic symbol, it’s a very important symbol.

In 2021, Apple released the iPhone 13, and later on this year – it is currently 2022 – Apple will release its iPhone 14 series of smartphones, as well as a brand new model called the iPhone 14 Max, a phone that will apparently replace the iPhone 14 Mini.

Why There Was No iPhone 2 Either

Everybody remembers Apple’s jump from the iPhone 8 to the iPhone X, skipping the iPhone 9. But back in the day, Apple also skipped the iPhone 2 as well. The phone that should have been the iPhone 2 was instead called the iPhone 3G on account of it running the then-new 3G mobile data standard.

The decision to skip the “iPhone 2 branding” in favor of iPhone 3G was a strategic marketing decision. Apple knew 3G was going to be a hot talking point with tech enthusiasts, and it also knew that 3 sounded better than 2, so it opted to change the name to sound more modern and in tune with current tech trends. The next iPhone to follow was the iPhone 3GS.

Apple didn’t actually start giving its iPhone proper numerical values until the release of the ultra-successful iPhone 4. This was the iPhone model that really put Apple on the map – it was its first mega-selling release. And it single-handedly started the trend of iPhones being organized numerically with the iPhone 5, iPhone 6, iPhone 7, and iPhone 8 all proceeding it.

Pros:
VIEW ALL MODELS
We earn a commission if you click this link and make a purchase at no additional cost to you.
Best Refurbished Phone Retailer In UK
REBOXED: The Best For UK & EU 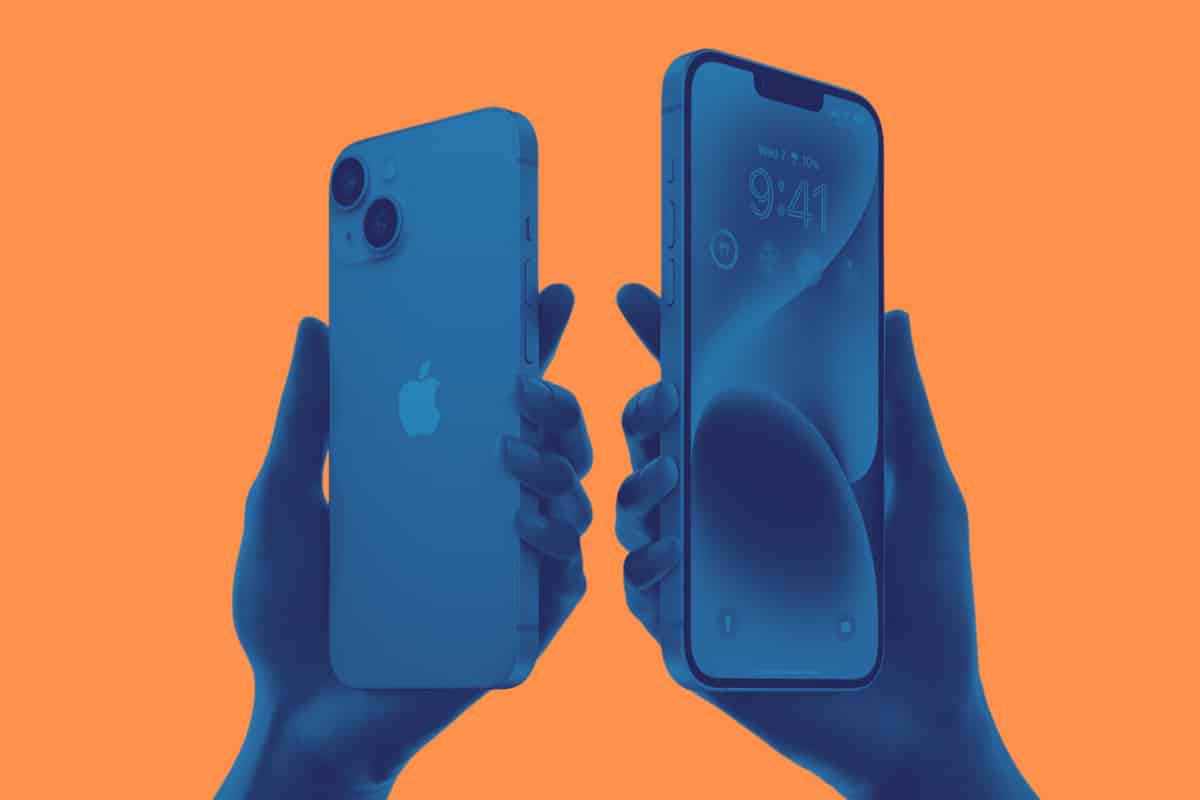