Are Refurbished iPhones Any Good? Here’s Mine – See What You Think!

Thinking about saving some money and getting a , but worried the phone will look like s**t? You really shouldn’t be…

As many long-time readers of KYM will know, I’m a big advocate of buying refurbished technology – from MacBooks to consoles and, of course, iPhones, Android phones, and iPads.

Why? The #1 reason is that it saves me a ton of money. It’s also great for the environment too because you’re essentially re-using a phone that has already been built. Want to go a step farther? Get yourself a phone case made from 100% recycled materials to go with your refurbished phone and you can pretty much expect a Christmas card from Greta.

By itself, meaning when one person buys refurbished, the effect is small. But if tens of millions of people buy refurbished phones? Well, it’d have a massive effect on the environmental costs associated with phones.

Even though we live in a world that is fast becoming a toxic wasteland, and our seas are becoming uninhabitable for large swathes of marine life, the #1 draw for most people when talking about refurbished iPhones, is, of course, the price – they’re a lot cheaper than buying a “new” phone (like 40% cheaper). Going this route with your next phone means you no longer have to do 24-month plans with carriers. You can pick and choose what data plans you need, and then, if the mood takes you, switch to a new and improved one if you find one online.

But what about the phone itself? Are refurbished iPhones any good? Does it look “used” – or could it fool someone into thinking it was brand new? Well, that’s kind of the entire point of this article – to show you that EXACTLY what you’ll get when you buy a refurbished phone.

Are Refurbished iPhones Any Good? Take A Look At The One I Bought…

I bought myself a XS Max (64GB) in mint condition via Gazelle a month or two back. Prior to this phone, I was using a range of Android phones, though mostly the Pixel 3a XL.

Before that, I had a refurbished iPhone X but was tempted over to Pixel on account of Google’s other-worldly camera tech (which is still the best on the market right now, in my opinion, for natural-looking shots).

I went with the iPhone XS Max because I wanted a “flagship” and I wanted a dual-lens camera. I could have gone with the iPhone 11 for only a couple of hundred bucks more, but I really wanted an OLED display – and you only get that on Apple’s flagship phones (at least for now).

Rather than harping on about how good my iPhone XS Max looks, I figured it’d be much easier to just post a quick video of me unboxing the phone. This way, you can see the packaging it came it and the general condition of the phone right out the box.

As you can see, the phone itself has ZERO physical damage. Even the edges are free of scuffs and marks. The display is pristine. And all the ports and buttons are finished perfectly. My girlfriend had no idea I’d gotten myself an iPhone, so I just showed it to her and she had no idea it was refurbished. I told her a day later and she said she had no idea; she assumed it was new.

As you can see:

I got my iPhone XS Max from Gazelle, the USA’s #1 refurbished iPhone specialist.

iPhone XS Max Price – How Much Should You Expect To Pay?

You can no longer buy the iPhone XS Max via Apple; the phone has officially been discontinued, so your only option as of right now (2020 and beyond) is picking one up refurbished. How much does a XS Max cost? As always, it depends on where you’re looking. Here’s a breakdown of prices for the iPhone XS Max from our #1 favorite refurb retailers:

As you can see, the iPhone XS Max price is now pretty reasonable. It’s only slightly more expensive than Apple’s iPhone SE 2020, although the SE 2020 runs a newer CPU in the form of Apple’s A13 Bionic chipset (the same CPU as the iPhone 11 Pro Max).

The XS Max, however, is bigger, has a larger battery, and it also features Apple’s Retina OLED display – all things that are important. Also: the iPhone XS Max is a flagship device, whereas the iPhone SE 2020 is essentially just a redux of the iPhone 8 just with a new CPU inside it.

How much did I pay?

$589 – and that was for the 64GB model (in gold). I paid slightly more for mine because I wanted one that was in excellent condition. 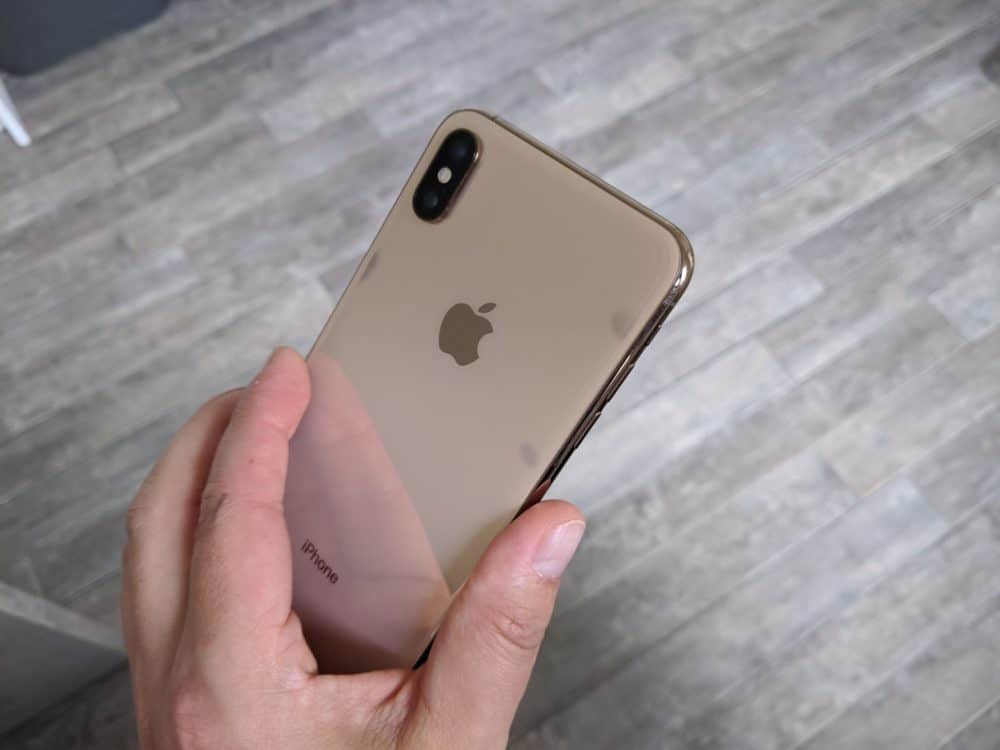 If you can handle a little cosmetic damage, a scratch or two on the back, you can save even more.

Case in point: you can grab the iPhone XS Max with 512GB of storage for $499. And that is incredible value for money whichever way you slice it!

Also: don’t limit yourself to one specific model; Gazelle sells all types of iPhone models, from the iPhone 6s right up to the iPhone 11, though the older the handset the lower the price.

To be safe, and future-proof your investment, however, I probably wouldn’t go any lower than an iPhone 8 Plus.

What’s the bottom line here? For me, it’s simple: if you buy a , you will save HUNDREDS of dollars, get a brilliant phone that functions as good as new, and you can totally avoid contracts and plans for the rest of your life.

This is why I always buy refurbished phones. Oh, and the fact that it is WAY better for the environment than buying a brand new phone. Check out ALL the potential options you can buy right now – from iPads to MacBooks and Samsung phones.