Do AirPods Have USB-C?

Which AirPods come with a USB-C cable and which don’t?

Wondering do AirPods have USB-C? Lots of people are and they can be forgiven for being confused about what type of cable AirPods comes with as Apple’s USB-C adoption is haphazard as best.

In this article, we’ll go over which connection technologies AirPods ship with.

USB-C is the latest USB standard. The original USB standard has been around since the 1990s. This is the traditional “USB” we’re all familiar with. While there were speed differences between USB 1 and USB 2, the physical connection type remained the same.

USB 1 and USB 2 both feature a rectangular connector that needs to be plugged into a device the right side up. This type of USB is also known as USB-A.

USB-C started appearing on devices around 2015 and had several benefits over USB-A. USB-C had faster transfer speeds, but it was also shaped differently. Gone was the rectangular plug that needed to be inserted the right way.

USB-C introduced a smaller plug design with rounded corners–and one that could be plugged in any way you wanted (right side up or upside down). Because USB-C was so much smaller than USB-A, Android smartphone makers soon adopted the USB-C standard, getting rid of the archaic micro-USB connection technology.

Does Apple Use USB-C?

Unlike Android manufacturers that quickly adopted USB-C on their smartphones, Apple has yet to transfer the technology to the iPhone. The latest iPhone, the iPhone 13, still uses the Lightning connector.

To Apple’s credit, Lightning was way superior to the micro-USB ports found on Androids back in the day. But now USB-C nearly matches the size of Lightning, so it’s frustrating that Apple still has not adopted the USB-C standard on their phones.

But what about AirPods?

At first, it may seem silly to ask if AirPods have USB-C because AirPods are wireless devices that are so tiny a USB-C wouldn’t physically fit on them (except for the over-the-ear headphones, the AirPods Max).

But what people mean when they ask if the AirPods have USB-C is “do the AirPods changing case have a USB-C connection?”

All AirPods but the Max come with a charging case. Sadly, all those charging cases still only offer a Lightning connection and not a USB-C connection.

As for which cable various AirPods come with:

There are rumors Apple will unveil the 2nd generation AirPods Pro later this year. Hopefully, the next version of AirPods Pro will come with a charging case that has a USB-C port built-in. 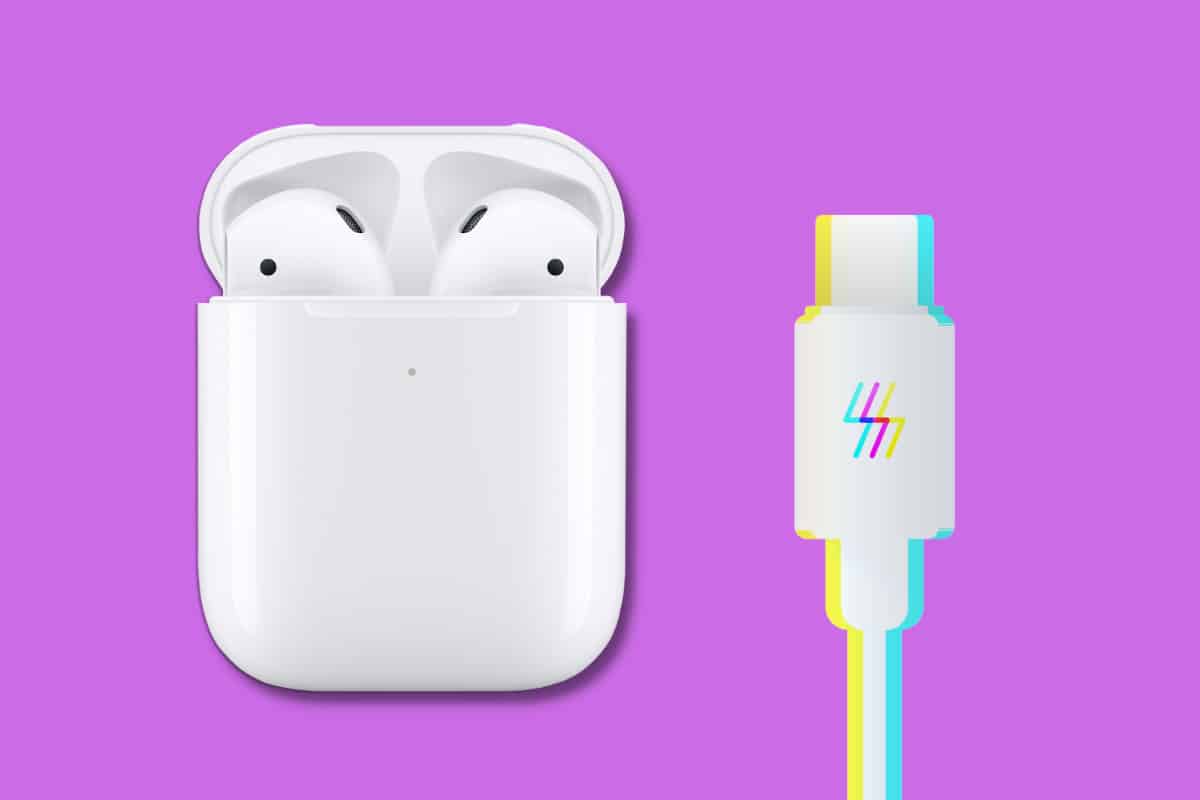