Apple’s iPhone 7 is still a popular handset among iPhone users. And it still draws a fair amount of interest. But is it still OK to buy 2020? Let’s investigate…

And while the iPhone 11 is now readily available, and the iPhone 12 soon will be, the iPhone 7 is still a viable option, especially if you’re after the cheapest possible iPhone deal.

Let’s take a look at how both the iPhone 7 and iPhone 7 Plus stack up today when pitted against the likes of the iPhone XR and iPhone 8. Personally, I think both handsets – though mostly the iPhone 7 Plus – still deliver plenty of value for money, especially if you’re just after a solid phone that takes great pictures and runs smoothly. And if you get yourself a decent iPhone case, you can keep it looking pristine for years to come (and this will help it keep its value when the time comes to sell it on).

My advice, if you want to pick up an older iPhone in order to save money? Get a ; you’ll save 40% on average. Plus, you’re not limited to the iPhone 7. You could get the iPhone 8 Plus or the iPhone X instead. Alternatively, you could pick up Apple’s newer iPhone SE 2020 which is currently the cheapest iPhone you can buy, as you can see in the deals section below: 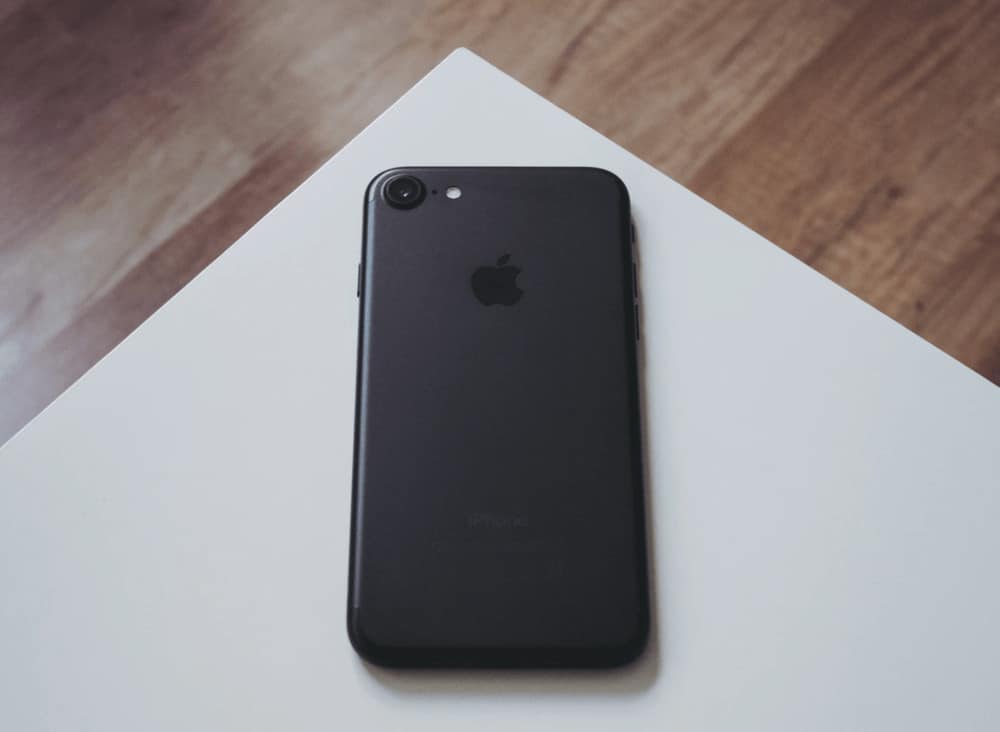 The iPhone 7 and iPhone 7 Plus look just like the iPhone 6 and iPhone 6s. Apple decided to keep the design changes to a minimum on the iPhone 7, focussing its energies instead on revamping things like camera performance, battery life, and overall performance.

Apple, at its core, has always been about user experience. This is why the iPhone 11 doesn’t feature 5G. The iPhone 7 and iPhone 7 Plus look smart, function near-perfectly, and feature Apple’s TouchID sensor on the front for fingerprint unlocking. In this respect, they are both “classic iPhones” unlike the company’s newer, all-touch models. 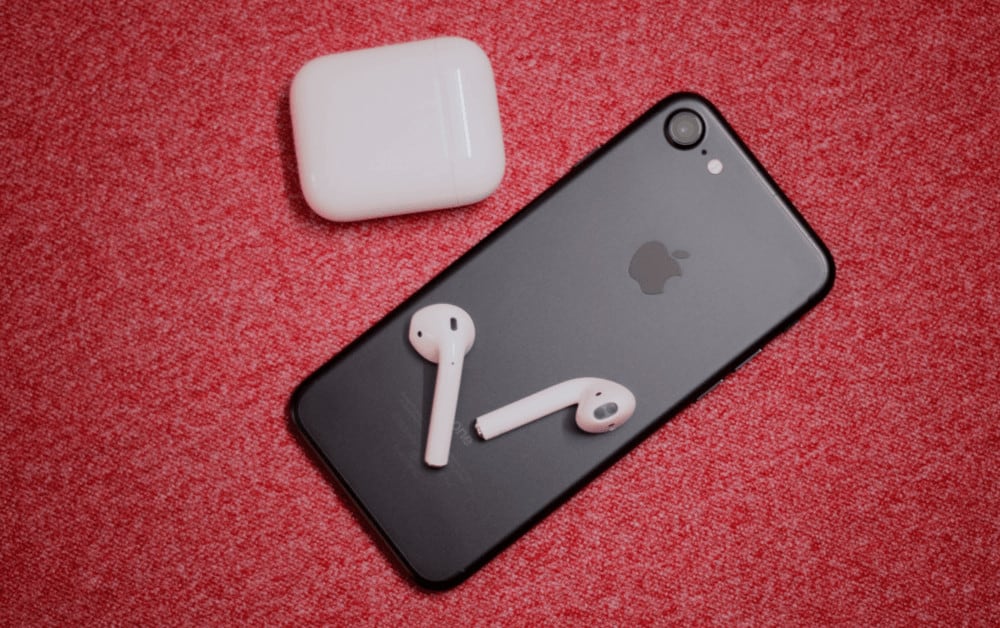 As for iPhone color options, the iPhone 7 and iPhone 7 Plus is available in the following colors: Silver, Gold, Rose Gold, Black, and Jet Black. If you want an iPhone that’ll look new for longer, go with the Jet Black option – it’s tougher and more resilient than the lighter colored iPhones.

Verdict? With respect to design, Apple’s iPhone 7 range has held up remarkably well over time. Both the iPhone 7 and iPhone 7 Plus still look very smart with their svelte designs and clean lines. Another bonus? You have TouchID and the Home button intact. Handy if you’re not 100% ready for Apple to be taking daily scans of your face. Both phones run Apple’s A10 Fusion chipset. And this thing is incredibly powerful – even by 2019 standards. Back when the iPhone 7 was released, the A10 chip was the fastest phone CPU ever created. Today? It’s still very impressive and will easily keep pace with even the most powerful offering from Qualcomm.

Performance on both phones is silky-smooth. You can perform an array of tasks with ZERO lag – even CPU-intensive stuff like image editing and video creation. On top of this, you have some of the best power efficiency on the market, meaning more uptime and fewer recharge sessions throughout the day.

Both the iPhone 7 and iPhone 7 Plus run the same internal spec, so performance is equal on both. The iPhone is designed with ALL users in mind, so it doesn’t matter if you’re a professional user or just somebody that wants to check the occasional email and do some browsing. Apple’s iPhone 7 range is designed to function optimally in all aspects and areas. The cameras aboard the iPhone 7 and iPhone 7 Plus represented a huge step forward over what you got on the iPhone 6s range. Low-light performance is dramatically better, thanks to the iPhone 7’s wider f.1/1.8 aperture lens that lets in more light for extra detail.

On top of this, both the iPhone 7 and iPhone 7 Plus feature Optical Image Stabilization (OIS) for improved exposure. Another benefit of OIS on the iPhone 7 range? It drastically reduces the effect of hand-shaking when taking pictures and video.

The iPhone 7 Plus does have a better camera, though, and the reason for this is simple: it features a second telephoto lens that brings true optical zoom to the iPhone range for the first time. The benefit of this feature is that you can much closer to an object without moving or generate image noise.

The telephoto lens is great for capturing landscapes, landmarks, or large scenes. You get more detail, better detail, improved exposure. If you’re a photography buff, the iPhone 7 Plus is 100% the better option with respect to camera performance.

On the front, both the iPhone 7 and iPhone 7 Plus feature an updated 7MP camera. This makes for decent-looking selfies and higher resolution video calling. Compared to the iPhone 6 and iPhone 6s range, the difference is like night and day. So if you take a lot of selfies, be sure to go with the iPhone 7 over the iPhone 6s.

Software: What Version of iOS Does The iPhone 7 Run? 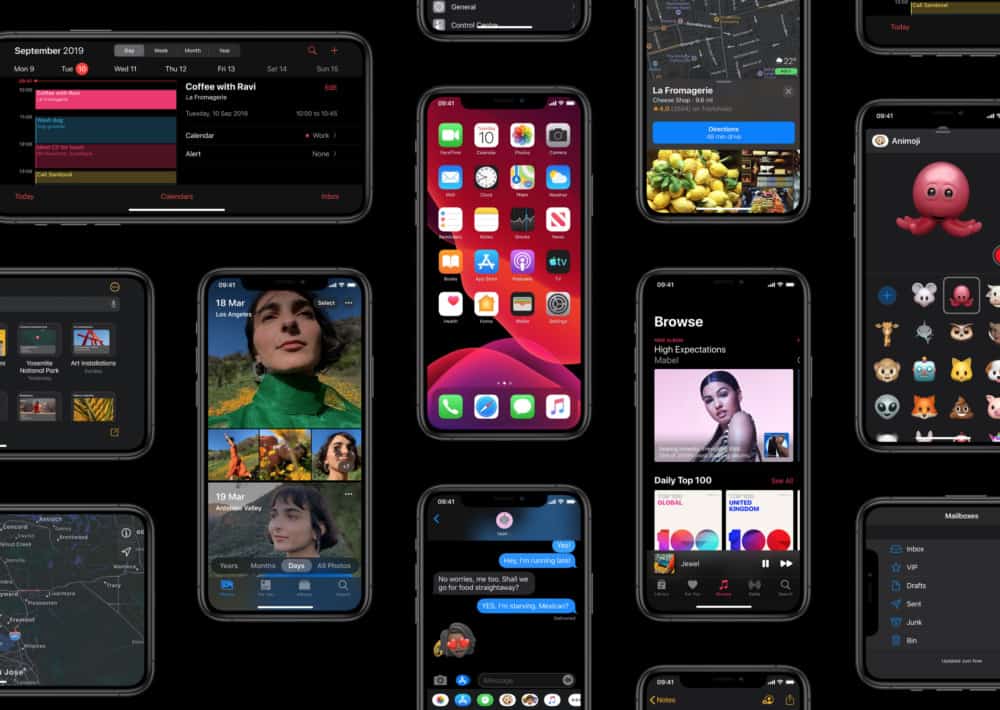 How long will Apple’s iPhone 7 get iOS support? Hard to say; Apple tends to support all of its iPhones and iPads until there is a major shift in platform architecture, like when it switched from 32-bit to 64-bit, or when the phone gets so old its specs can no longer run iOS in an efficient manner. Given the power of the iPhone 7’s internal SoC, however, this isn’t likely to happen any time soon.

That means if you buy either the iPhone 7 and iPhone 7 Plus today, you’ll most likely get iOS updates for years to come. This is the #1 reason why many people prefer Apple’s iPhones to Android. With Apple, you get full support for your phone, regardless of its age, whereas, on Android, you can pay $1000 for a phone, and only get two years of updates.

As always, when it comes to battery life bigger is ALWAYS better. If battery life is your #1 priority, go with the iPhone 7 Plus. It has a larger internal cell and it will go all day long (and then some) on a single charge. For performance, the iPhone 7 Plus’ battery cannot be matched by the smaller iPhone 7. It’s just bigger and better. 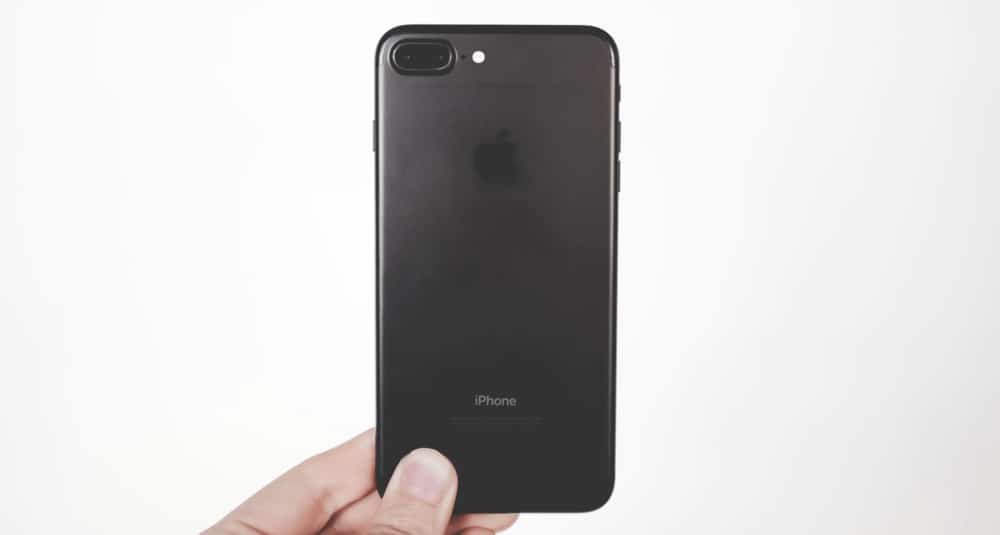 The iPhone 7 is still very good in the battery department, however, given its smaller size and a smaller battery. It’s just not getting the same kind of endurance as the larger iPhone 7. Obviously, the battery drain will depend largely on how you use your phone. If you’re constantly doing stuff on your phone, keeping the screen active, you’re going to need the iPhone 7 Plus.

However, if you want a newer iPhone model – and still want to save money – the best way to do this is by buying a , as you can pick up newer models like the iPhone X, iPhone XR, and iPhone XS for around 40% less than their normal RRP – and these phones look and function as good as new. Right now, this is perhaps the #1 way to get yourself a flagship iPhone for a lot less money (providing you don’t mind using a slightly older model). And these are the best places to buy them from: