iOS 14 Starts Today: iPhones Are Finally Getting A Feature That Has Been Longed For

The upcoming iOS 14 brings a lot of innovations to iPhones and iPads. The so-called “Golden Master” was released yesterday, the final release is expected today. One feature stands out because iOS users have been waiting for it for years.

With iOS 14, Apple has the next generation of its operating system for iPhones in the making. Before the final version is published today, September 16, Apple quickly published the so-called “Golden Master”. iOS 14 is supported from iPhone 6S onwards, so all iPhones that can also run iOS 13 get the update to iOS 14.

The defining feature of iOS is the minimalist home screen. Most iPhone users are likely to have more than a handful of apps installed and then you are left browsing through them all to find the one you want. Of course, you can use the search to find apps, but many users wanted a view of all apps. The new App Library does just that. Widgets have been around for a long time on iOS, but so far they have been more of a niche existence. The new widgets can now not only be different sizes, but they can also be arranged on any side of the home screen. This means that you can mix apps and widgets on the home screen and therefore customise your iPhone to suit your own needs.

Interesting: Users can create an intelligent stack of widgets that will display the right widget depending on the time, location and activity.

It doesn’t always have to be the big features that make an update attractive. iOS 14 also has a lot of useful little things on board:

Call display: Incoming FaceTime and phone calls no longer occupy the entire screen but are given a completely new, compact design that works similarly to notifications and appears more inconspicuously from the top of the screen.

Picture in Picture: What we know from the computer comes to the iPhone. Videos can be viewed in a small window and other things can be done on the iPhone at the same time, such as messaging or surfing the net but the video remains in view. 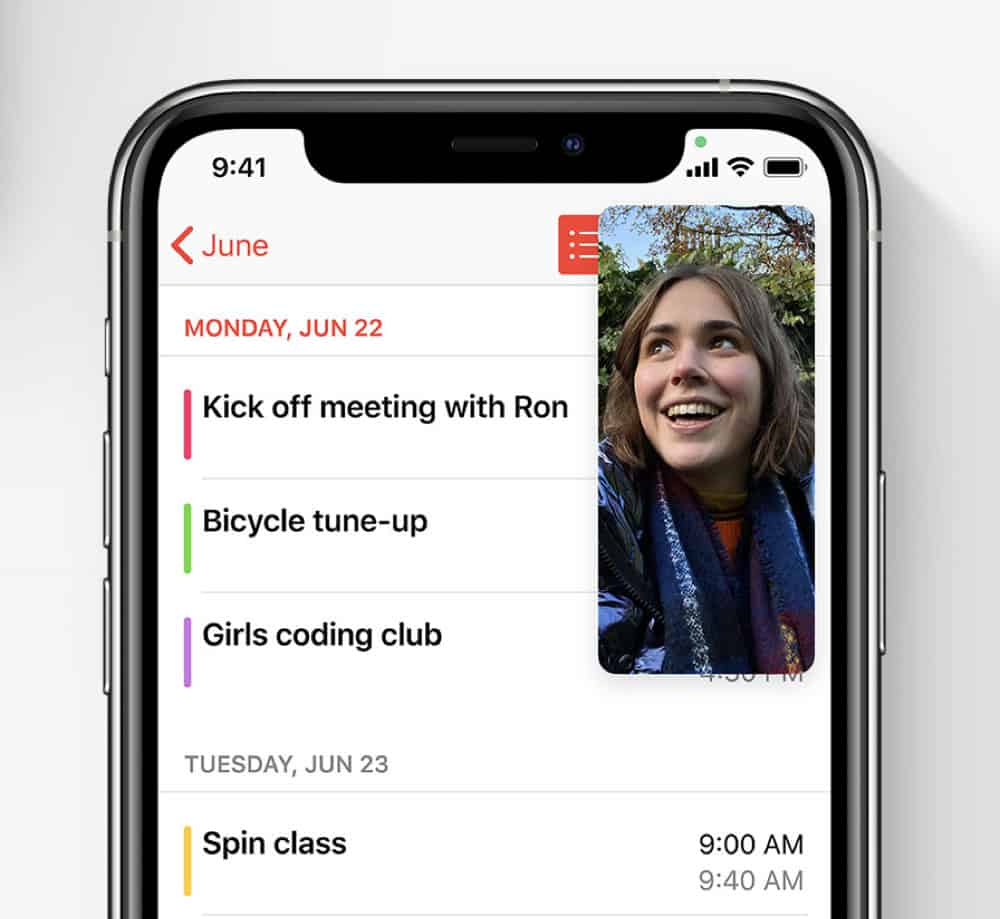 Siri: Siri has learned a few things over the years, but it still looked the same. Now Siri is visually spiced up and does not always appear in full-screen mode, but more discreetly as an icon. Siri is also getting smarter, the assistant processes 25 billion requests per day. Siri learns audio messages and no longer needs to use cloud services for voice recognition.

Standard apps: Apple usually locks its systems carefully, thereby excluding competitor apps. With iOS 14, however, they have now bowed to the pressure and allow the setting of alternative standard apps for browser and mail.

Practical: In the last year, 40 per cent more messages have been sent. So an important update includes conversations that can now be pinned in a clearly, visible manner. You can also mute the chat and only receive a notification if someone speaks to you directly.

There are also new animations and new gadgets for memojis (fistbump, hugs, headgear).

Safari: In iOS 14, you can access an overview of data protection in the browser at the touch of a button. This makes it easy to see which cross-page trackers and cookies have been blocked. Apple also points out insecure passwords that were part of a data leak.

In addition, users can view websites in other languages ​​with an integrated translator. 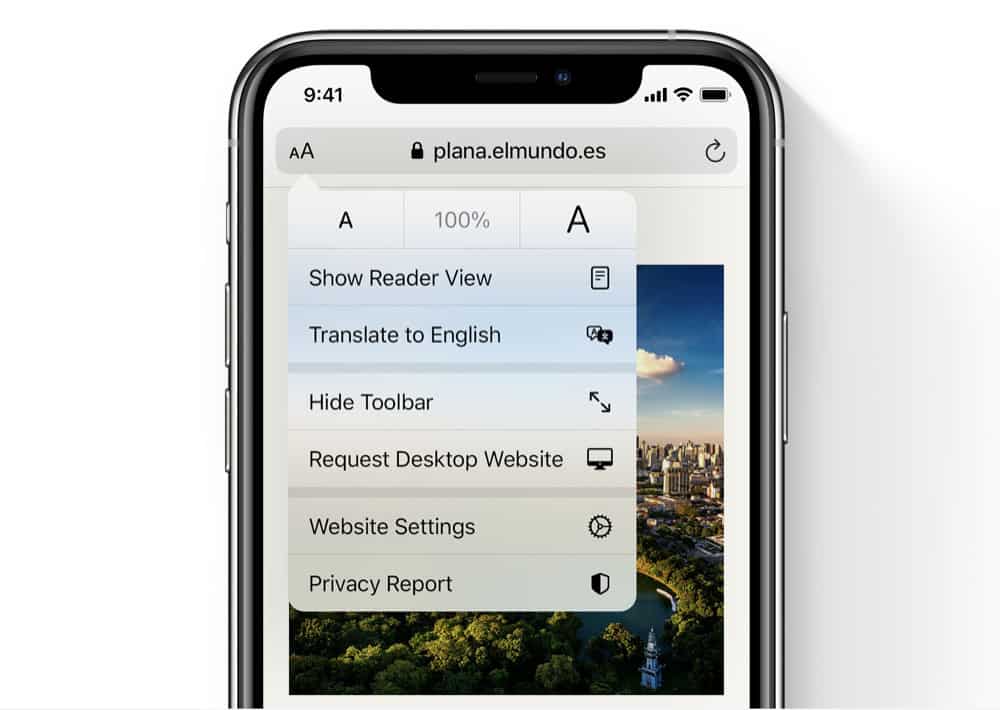 Apple Maps: Apple’s map service has been refined. It should be easier to find particularly popular places. Apple works with guides who provide input for this. Cyclists are given their navigation information, including information on steep climbs and obstacles such as stairs. Another mode is to lead electric cars to suitable charging stations.

CarPlay: The iPhone has been in the car for a long time with CarPlay. With iOS 14 there are new wallpaper options and new functions for parking and all about charging stations. Also, the iPhone is supposed to replace the car key.

A BMW can be unlocked and started using an iPhone. Apple went to great lengths to emphasise that this also has security benefits. Keys are stored in the secure area on the iPhone and can therefore be easily shared if you share a vehicle with a partner.

Authorisations In The AppStore

Apple continues to take action against tracking. In the future, all apps will be obliged to obtain the user’s permission before tracking (update: Apple has postponed this function to 2021).

Apple plans to display summaries of privacy practices in a simple, easy-to-understand format on the AppStore’s product pages later this year. You can then see at a glance which permissions an app wants to have.

Apple has disarmed access to location information. Under iOS 14, it can be specified that apps are only allowed to use the approximate and not the precise location. Apple also promises more transparency about the use of a microphone and camera through an app. 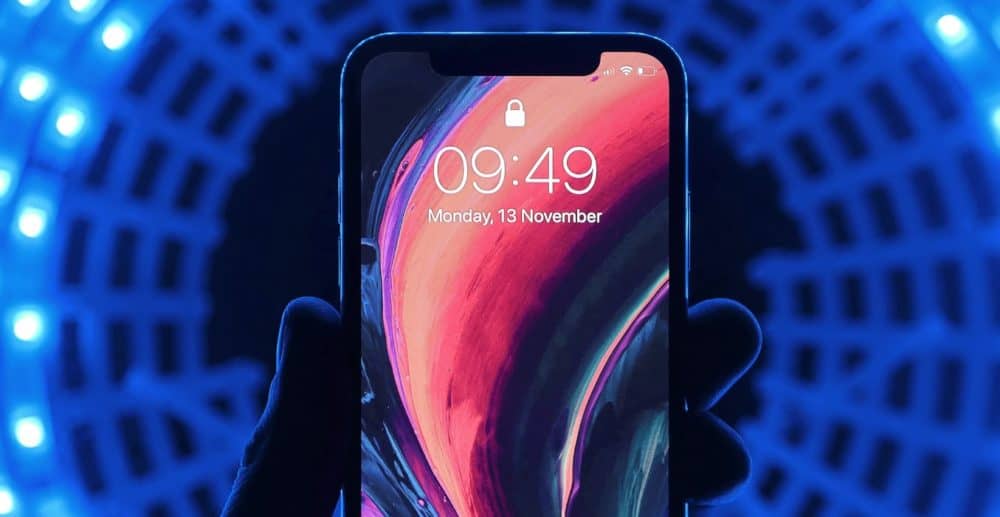