iPhone XS vs iPhone 7 Plus | How Do The Phablets Compare?

Apple is a phablet phone company now. Last September Apple introduced three new iPhones, all with screens 5.8in or larger. The biggest of which, the iPhone XS Max goes to 6.5in. And then there is the new iPhone XS, which has a 5.8in display.

But Apple has kept some of its previous phablets on sale too. Apple’s entry-level phablet is now the two-year-old iPhone 7 Plus. So just how does this low-cost phablet stack up against Apple’s newest, phablet, the iPhone XS? Let’s take a look.

Winner? iPhone XS – It’s a work of art compared to the 7 Plus.

Winner? iPhone XS – Its Display Is Bigger And More Beautiful. 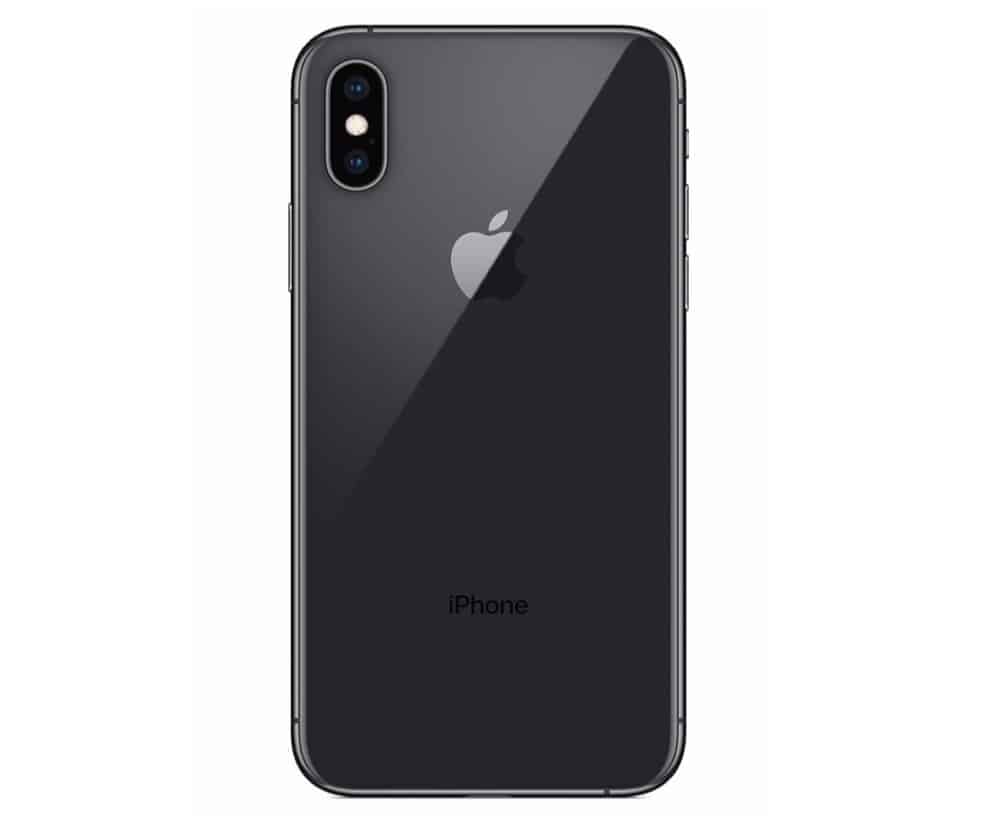 Winner? Draw – The camera hardware is the same, but the XS does have a few software-specific camera features the 7 Plus doesn’t.

Winner? iPhone XS – It Has Better Battery Life Than iPhone 7 Plus and it has wireless charging.

Apple introduced the new iPhone XS not too long ago. The phone is Apple’s latest flagship device. And as with all new iPhones, once it comes out, it pushes previous iPhones down the rung. Now among Apple’s cheapest iPhone offerings is the iPhone 7 Plus–which first debuted two years ago. While the iPhone 7 Plus is a great phone for the price, it really can’t compete with the iPhone XS.

The iPhone XS is the pinnacle of Apple’s innovation. It has the best camera, the best performance, and the best operating system. It also features the company’s FACE ID and it looks totally stunning. If you want the best of the best, Apple’s iPhone XS is what you go for.

The iPhone 7 Plus, while good in its hay day, is now pretty old. It’ll still work OK, but if you’re after a cheaper iPhone you are 100% better off going the reconditioned route via Gazelle – you can get iPhone 8 and iPhone X handsets for 40% less than from Apple.

For a full breakdown on how they compare, read on for our full comparison of the iPhone 7 Plus and iPhone XS… 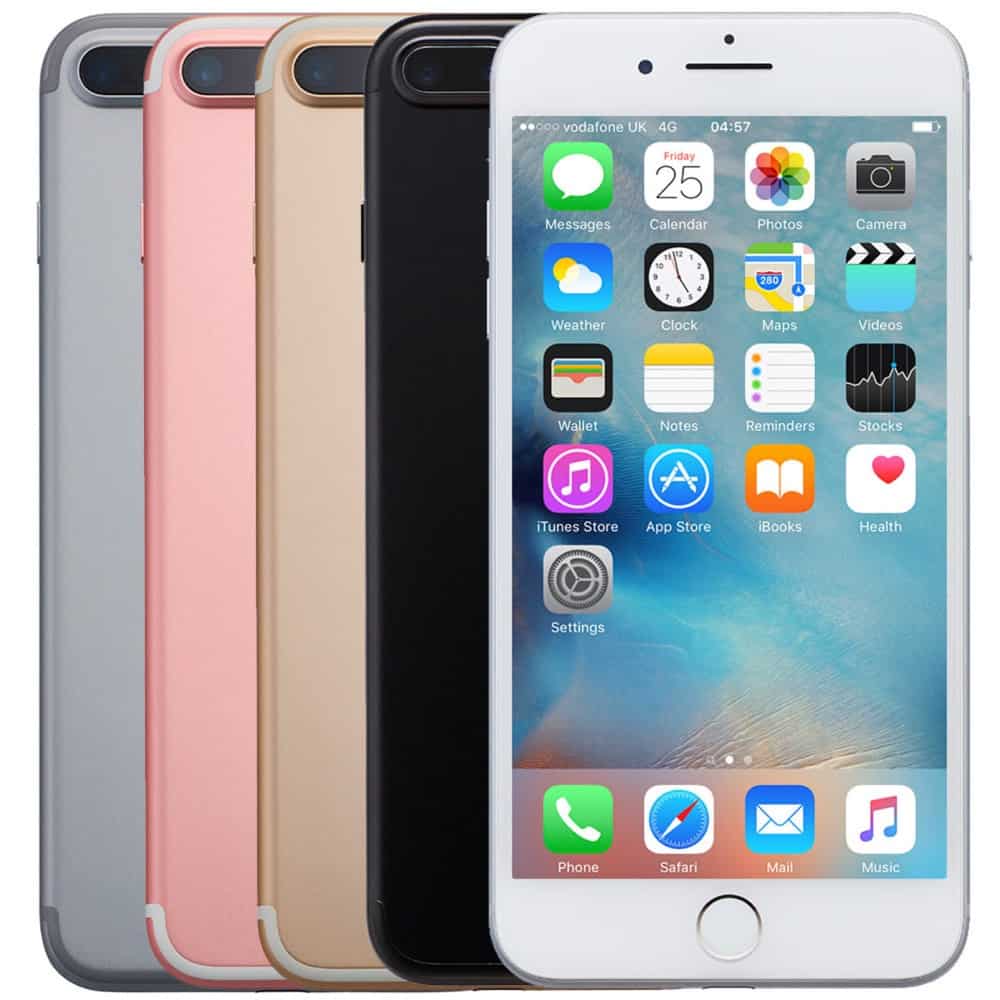 And here are the specs for the iPhone 7 Plus:

By many aspects, the XS beats the 7 Plus: it has a larger display with a higher resolution, a higher pixel density, and is edge-to-edge. The other obvious difference is that the iPhone XS lacks a Home button. It jettisons it in favor of a gesture-based Home control. The iPhone 7 Plus still has the Home button we all know and love. This means the iPhone 7 Plus also still has Touch ID. The iPhone XR lacks Touch ID and replaces it with Apple’s new Face ID facial recognition system.

iPhone XS vs iPhone 7 Plus: CPU, Battery, and Storage 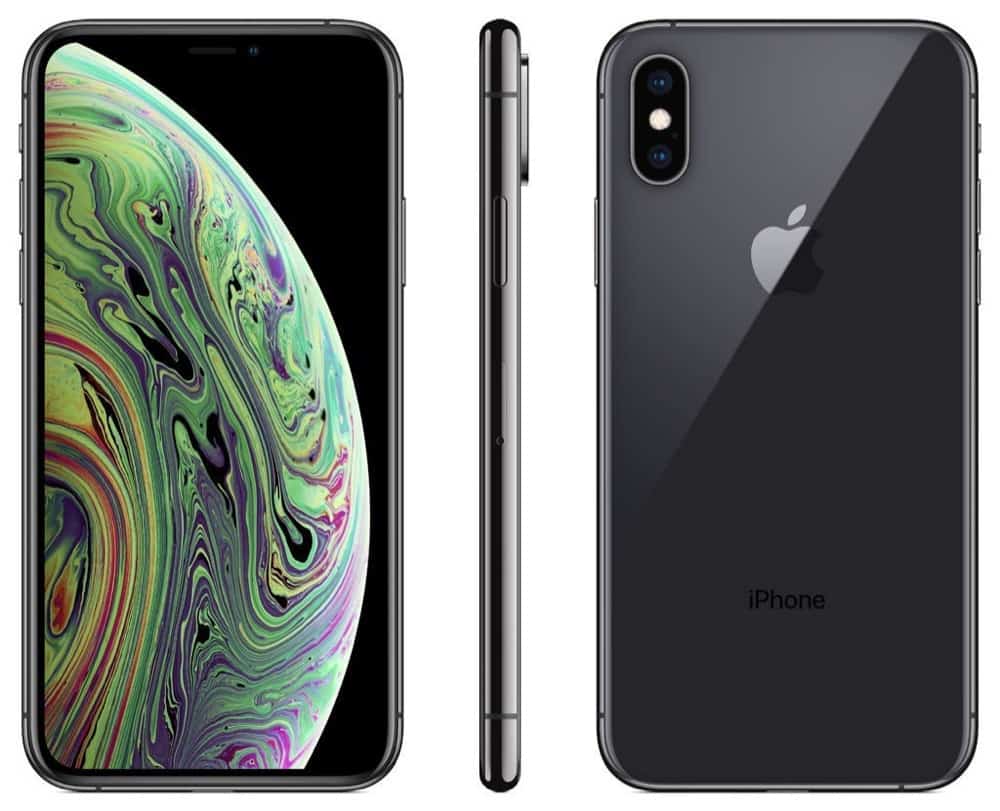 The iPhone XS has just a slightly larger battery than the iPhone 7 Plus. Will you see any difference because of it? Not much. Matter of fact, as you can see from the battery life specs below, each device is very similar. Here’s how the battery life compares between the two in Talk Time, Standby Time, Internet Use, Video Playback, and Audio Playback:

But the XS does stand out in one respect: it features wireless charging, where the 7 Plus does not.

iPhone XS vs iPhone 7 Plus: Camera

When you get to the camera department, the two phones differ wildly. On the front camera, both phones feature the same 7MP sensor, but the front camera on the iPhone XS is a TrueDepth system that supports Face ID. It also supports advanced photo features like portrait photography.

If you want a newer iPhone model, but still want to pay 40% less, go the refurbished route and check out Gazelle’s latest deals – you can grab an iPhone X for the price of a mid-range Android phone. 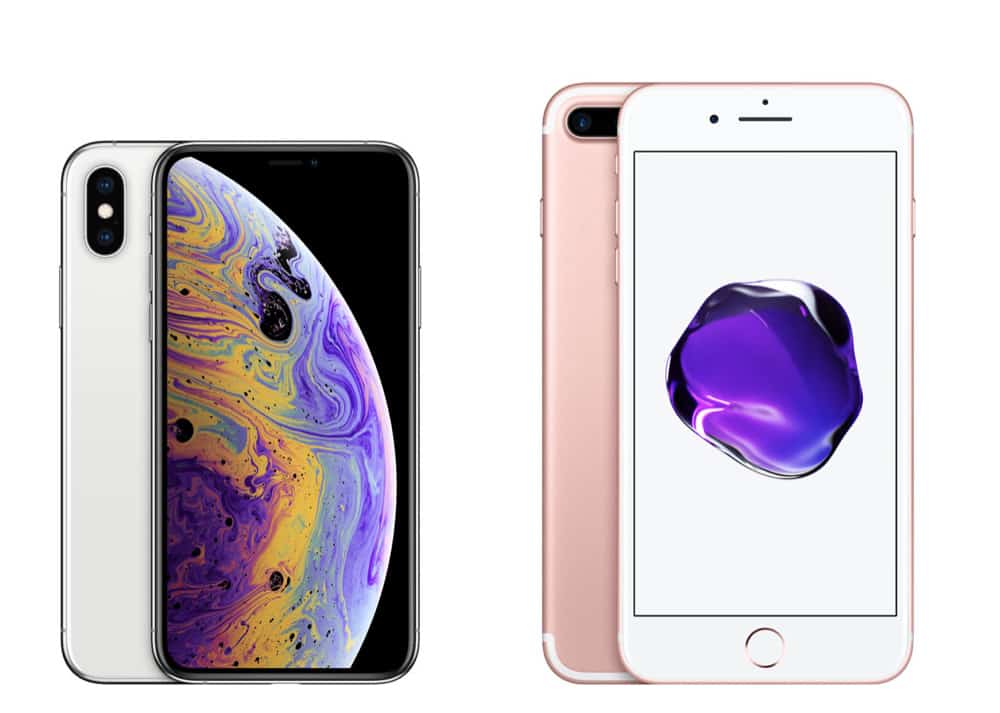