Apple’s iPhone SE (2020) is the cheapest iPhone Apple has ever released. But is it any good? Read the full review to find out…

Where To Get It?

Apple effectively tore up the rulebook when it released the original iPhone SE back in 2016. It took the design of the iPhone 5 – an outdated device at that time – and beefed up the internal components to create an affordable alternative to the iPhone 6 and 6S.

The device sold millions of units and was the handset of choice for people who wanted their phones to be small and pocket-friendly. After years of people expecting Apple to update the iPhone SE, we now have a 2020 version – this time based on the same basic design that started life in 2014 with the iPhone 6 and would run up until the iPhone 8, which launched alongside the revolutionary iPhone X.

Priced at just £400, the new iPhone SE is something of a game-changer for Apple. While the basic concept is the same as the 2016 iPhone SE, this feels more like a bigger deal; £400 in 2020 is roughly half what a flagship iPhone costs, whereas back in 2016, the £379 asking price for the original SE wasn’t as drastic a drop-off.

But can this trick really work twice, and is there even a market for a phone with this design, given that the entire industry has moved towards edge-to-edge displays? Let’s find out.

There’s no getting around it; the iPhone SE looks outdated. My son, who is 12, immediately commented when he saw the phone that it looked “small and old” – and he’s using a BlackBerry Key 2 as his main device, for crying out loud.

He has a point, though; the basic design of the iPhone SE 2020 is the same as the iPhone 6, and while you could argue that smartphones have been frozen in time for years now – they’re all pretty much the same in terms of looks – this handset definitely gives off a very 2014 vibe. 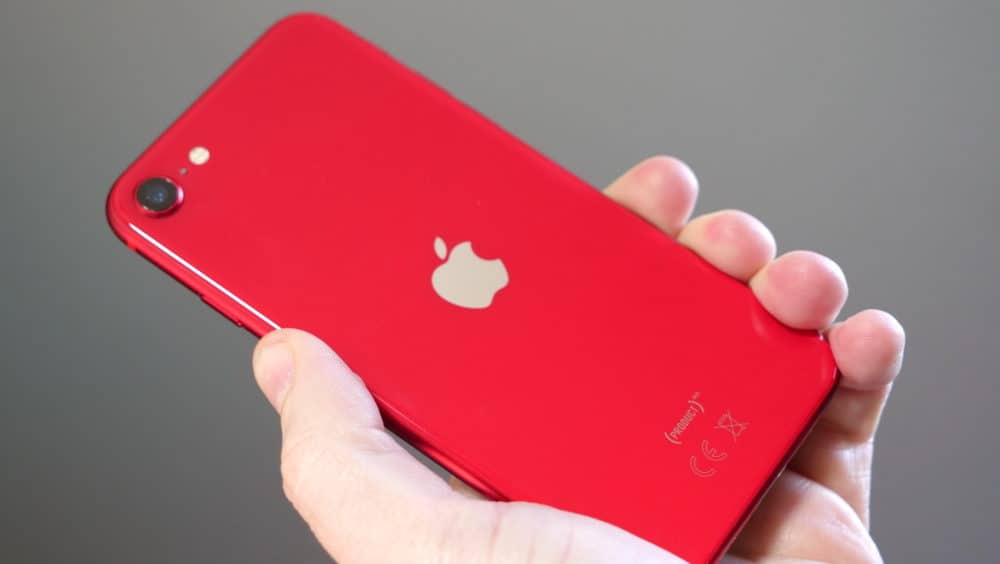 For some people, that’s not going to be negative. Phones are too big these days, and I struggled to get used to the iPhone XR’s footprint even after more than a year of everyday use. In contrast, the iPhone SE is a perfect size; it fits in your hand snugly and doesn’t require two hands to handle effectively.

The glass back looks classy (the Apple logo is printed slightly higher on this model – which is the only way to tell it’s an iPhone SE 2020 and not an iPhone 8) and it’s comfortable to hold. It’s a throwback for sure, but sometimes, throwbacks are cool.

Outside of that repositioned Apple logo, it’s effectively a dead ringer for the iPhone 8. The Lightning connector is on the bottom, the power button is on the right-hand side and the volume keys and silence switch are on the left. There’s no 3.5mm headphone socket, but the phone does boast IP67 water and dust resistance. Wireless charging is also supported.

While Apple’s flagship phones all have OLED displays these days, the iPhone SE 2020 has a plain old 4.7-inch LCD panel, with a rather wimpy resolution of just 1334 × 750. If you’re like me and are coming from any iPhone newer than the X, it’s going to take some getting used to; the screen feels hopelessly cramped to begin with, but over time, you do eventually become accustomed to its dainty dimensions. 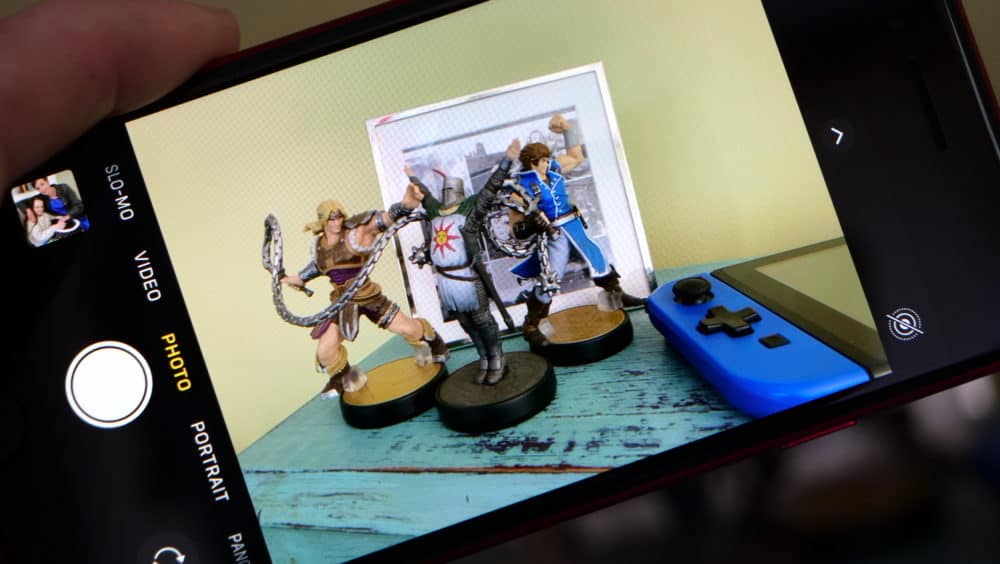 The panel is bright and punchy but isn’t anywhere near as vibrant as the one on the iPhone 11 Pro. That’s to be expected, but given that some Android devices in this price range now sport OLED screens, it’s a shame Apple couldn’t have followed suit – although having said that, the iPhone SE out-punches pretty much any other £400 phone when it comes to the rest of the internal tech.

The iPhone SE 2020 is powered by Apple’s own A13 Bionic chipset, which is the same chip found inside its current flagship handsets. It’s paired with 3GB of RAM compared to the 4GB found in the iPhone 11 Pro, which accounts for the ever-so-slight reduction in overall performance between the two.

Having said that, the iPhone SE 2020 is insanely fast and handles pretty much anything you can throw at it – and that includes 3D games, HD video, and other processor-intensive activities.

Sadly, the battery which keeps the iPhone SE 2020 ticking over hasn’t had a bump from the one seen in the iPhone 8 and remains locked at 1,821 mAh. That’s still good enough to get you through the day, but if you’re used to iPhone XR-style stamina, this smaller phone is going to feel like a step backward.

Another aspect of the iPhone SE 2020 that hasn’t changed since the iPhone 8 is the camera; Apple has effectively used the exact same sensor that was found in the older handset.

There’s no fancy multi-camera trickery on offer here; instead, like on the iPhone XR, Apple uses software to achieve things like bokeh effects in Portrait mode (you’re still limited to people and not objects, however).

However, while the hardware might be the same, the quality of the images is much improved over the iPhone 8. Software upgrades go a long way here, with the Smart HDR function proving to be especially convincing – some of the photos I captured using the iPhone SE are a close match to those snapped on the iPhone 11 Pro.

Still, we’re talking about a single-camera phone that costs £400 here, so there are some areas which are weak. There’s no Night Mode or Deep Fusion included, with the former being something I really hoped would have been included.

Video is impressive, however – the iPhone SE 2020 can capture 4K video at 24 fps, 30 fps, or 60 fps and is capable of recording some seriously striking footage.

While it feels like a relic from a bygone age in some respects, the iPhone SE 2020 is nevertheless an amazing device considering the cost. At just £400, it undercuts the best Android phones on the market and offers astonishing power – nothing in this price range can hold a candle to the A13 Bionic chipset.

Add in water resistance, wireless charging, a great camera, and typically brilliant Apple build quality and you’ve got a phone which is a steal for this kind of money.

Of course, the appeal of this device depends largely on your affection for its outdated design and tiny size – not to mention those massive bezels. Still, I think a lot of people will be more than willing to live with those compromises when you consider the power on offer and the amazing price tag.

Bottom line? Outside of getting a , the iPhone SE 2020 is now the cheapest way to own an iPhone. And I think that, combined with the handset’s brilliant performance, will be more than enough to persuade millions of people over to the iPhone SE 2020 during the next 12 months…

Thanks to Mobile Fun for supplying the iPhone SE 2020 used in this review.