The iPhone 8 and iPhone 8 Plus signify the end of an era, the era of Apple’s Home button. But are they still worth looking at in 2020? Let’s review…

The iPhone 8 and iPhone 8 Plus represented the end of the line for Apple’s now-classic iPhone design. The Apple Home button has been a staple of Apple’s iconic phone’s design since day one. But with the iPhone X, a new era was ushered in – an all-screen era, AKA the FACE ID era.

Why? Value for money, basically.

Not everybody can afford Apple’s latest and greatest phones; they’re just too expensive for many. And if you don’t like leasing phones from networks, or you just want to save some cash, going with an older iPhone is the way forward. So, does the iPhone 8 and iPhone 8 Plus still cut the mustard in 2020’s market?

Let’s find out, shall we?

And if you want to make additional savings, consider going the refurbished route (I recommend checking out Gazelle for this) – doing this could save you 40% over buying a “new” iPhone 8. I actually bought a X last year and it looked and performed as good as new. I also saved a bunch of money in the process, allowing me to buy the phone outright and get myself out of the contract loop I’d been stuck in for years with my carrier.

The iPhone 8 looks like the iPhone 7, there’s just no getting around this fact. Apple used the same design from the iPhone 6 right up until it brought in the iPhone X, its first all-screen OLED iPhone. Boring, right? Kind of. But once the dust has settled on a launch, things go back to normal and people remember that all we’re talking about here are phones. They don’t HAVE to look radically different with each new iteration, so long as they work better.

This has been Apple’s MO since day one. Just make things better, even if it’s only a slight uplift. It’s refinement over revolution and, I believe, it is the #1 key to Apple’s success – it keeps things simple, focusses on what counts, and doesn’t screw around with the formula too much. And that’s fine. But there are subtle differences here… Speaking of the build, the iPhone 8 is ever-so-slightly longer, wider, heavier, and thicker than its predecessor, the iPhone 7. It’s not by much, though; you’re talking 0.1mm here and 0.2mm there.

Basically, you won’t notice – even if you have both the iPhone 7 and iPhone 8 in your hands at the same time. The only thing you might notice is the weight difference; the iPhone 8 is 10g heavier than the iPhone 7.

Apple’s iPhone 8 range is available in a variety of colors (Space Grey, Gold, and Silver), as well as my personal favorite PRODUCT(RED).

Physically, meaning button placement, sensors, and the positioning of the power key and volume rockers, the phones are identical. The only major difference between them, besides size, is the size of the battery, the camera technology, and the amount of RAM – the iPhone 8 Plus has 3GB of RAM, whereas the iPhone 8 has 2GB. A higher price tag for the iPhone 8 Plus, therefore, is totally justified; it is more powerful and better at taking pictures. Each new iteration of the iPhone is faster than the last, as you’d expect. Apple’s A-Series CPU has consistently dominated the mobile space for the last several years, wiping the floor with Qualcomm’s ubiquitous Snapdragon platform that is used in nearly all major Android phones. Apple’s A11 Bionic chip was no exception, boosting performance boosts of 25% over its predecessor, the A10 chip inside the iPhone 7.

At the time of release, the iPhone 8 and iPhone 8 Plus beat the Samsung Galaxy S8, OnePlus 5T, and just about every other major Android release in pretty much every benchmark test going. It’s fast, basically. But the average customer doesn’t care about benchmarks; all they want to know is whether it is better than their current phone. And if you’re using an iPhone 7 or lower, the answer here is a resounding YES – by a considerable margin.

Even by today’s standards, the iPhone 8 and iPhone 8 Plus is very powerful phones. If all you’re doing is browsing the web, using apps like Instagram and Facebook, and sending IM messages, the iPhone 8 and iPhone 8 Plus has more than enough power inside them. In fact, most won’t even touch the phones’ true potential. Kind of like having a 600BHP car, and never getting above second gear.

Age in the world of iPhones doesn’t matter, essentially. A two-year-old iPhone, like the iPhone 8, will function and work perfectly in 2019. The iPhone 11 Pro Max will look better and do things marginally faster, but it’s double the price of these phones. If you can handle processes taking 0.04 seconds longer, the iPhone 8 and iPhone 8 Plus will do you just fine. For overall performance, however, the iPhone 8 Plus is the better of the two; it has more RAM and is noticeably snappier in the hand.

Neither is what you’d call slow, but for optimal performance, you’re going to want to go with the iPhone 8 Plus. More RAM is always a good thing. Especially when your phone is rocking a potent chipset like the iPhone 8’s A11 Bionic one… 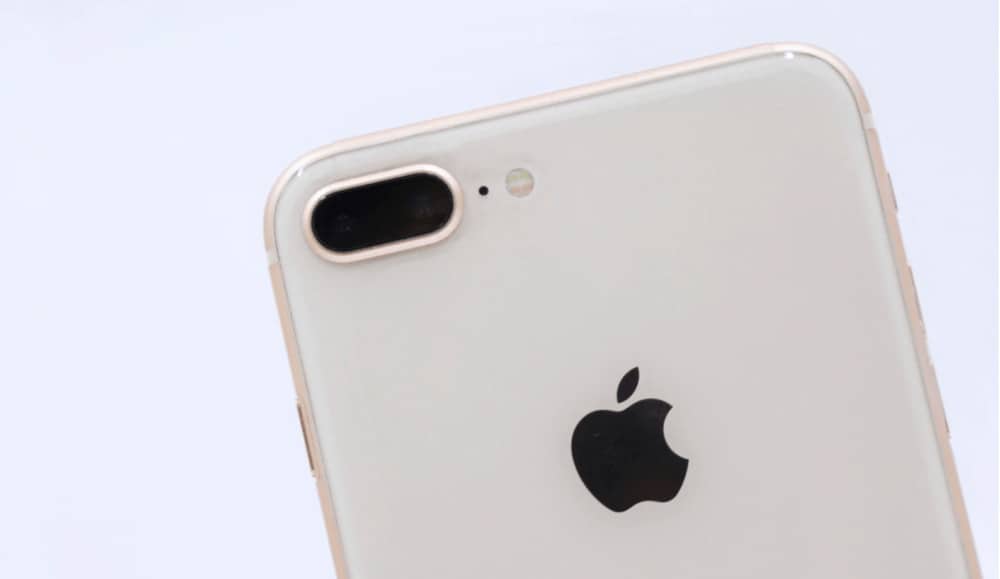 This is where things get different. In quite a significant manner. The iPhone 8 Plus’s camera setup is vastly superior to the iPhone 8’s. And the reason for this is simple: it has a dual-camera setup on its rear; one an optically stabilized f/1.8 wide-angle camera, the other an f/2.8 telephoto camera that enabled 2x zoom (without losing quality). Apple has also rebuilt the entire sensor from the ground up, upping overall performance from the iPhone 7.

The net result of this, on both phones, is more detail, better low-light performance, improved contrast, and just more impressive shots. The iPhone 8 Plus is the clear winner of the two; it has a telephoto lens that allows you to take images with clear depth of field in them. The iPhone 8’s single 12MP camera is still impressive, packing OIS, but it does lack the finesse and overall features and power of the iPhone 8 Plus’s.

Portrait Mode was one of the iPhone 7’s biggest – and most popular – new features. Inside the iPhone 8, things have progressed. We now have Portrait Lighting as well; a new technology that aims to make your selfies look as if they’re professionally lit. Does it work? Yes. Is it worth using? Kind of, though it will depend entirely on what you’re shooting and when. I tend to forget about it, so I seldom use it.

Overall, the iPhone 8 and iPhone 8 Plus represents a significant step forward over the iPhone 7 range. Image quality is better, contrast is better, shots have more detail, low-light performance is better. Basically, everything is better. And this effect is compounded further on the camera-centric iPhone 8 Plus model, thanks to its dual-lens camera on the rear. 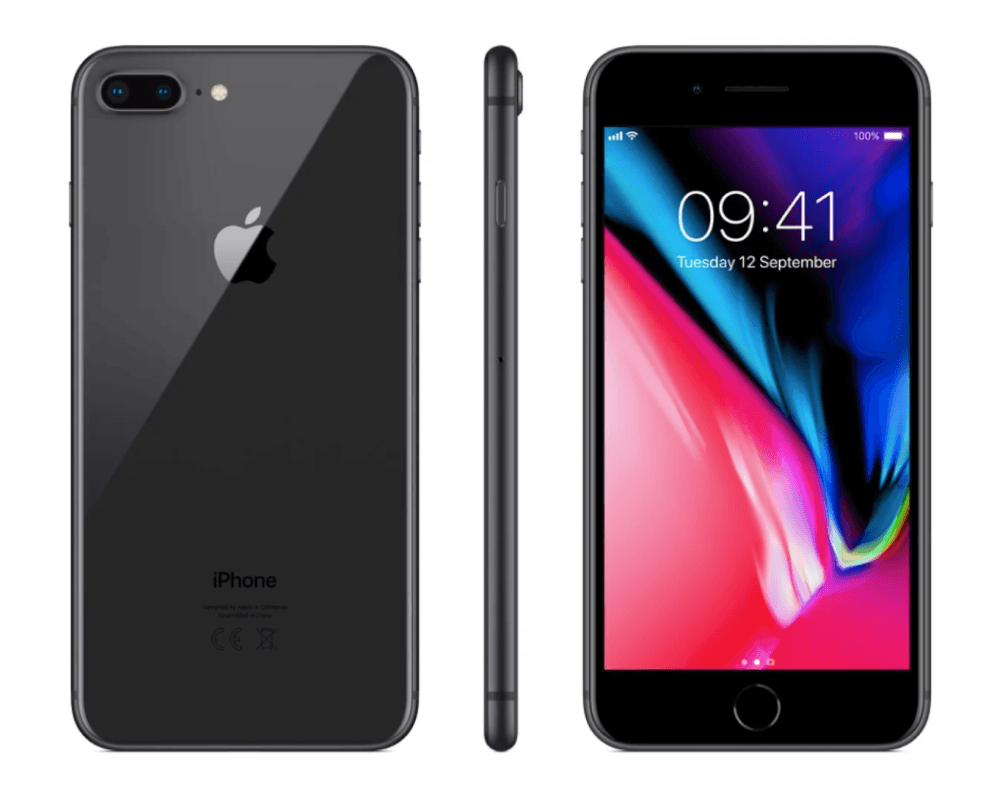 When it comes to battery life, Apple’s iPhone 8 is – for the most part – not up to the task. It’s a small battery simply cannot handle heavy usage. If you value all-day usage without the need to top up your power, you’ll go with the iPhone 8 Plus. Only the lightest of users should be looking at the iPhone 8, it’s teeny tiny 1822mAh battery simply isn’t up to the task.

Conversely, the iPhone 8 Plus carries a 2675mAh cell and it WILL see you through an entire day of heavy use. If battery life is something you value, you’re going to have to sacrifice portability in this context. The iPhone 8 Plus will last all day, with heavy use, and the reason it can do this is because of its battery size – it’s much larger than the iPhone 8’s.

If you’re a light phone user, meaning you only ever take your phone out of your bag for calls and the occasional browsing session, then, sure, the iPhone 8 might work OK. If you’re like most people, however, and are constantly using your phone, you will start to notice quickly that battery life is not up to the task on the smaller iPhone 8.

Moral of the story? When it comes to batteries, bigger is ALWAYS better, so make sure you go with the iPhone 8 Plus if you want all-day usage.