Does My iPhone Have NFC? Here’s How To Find Out…

NFC stands for Near Field Communication and is used for a variety of things – from connecting your headphones to paying for goods and services with your phone. But which iPhone models have NFC and which don’t? Let’s investigate…

First iPhone To Use NFC

Apple started using NFC inside its iPhones from 2014 onwards. The first iPhone to use NFC was the iPhone 6, which launched in 2014, however, while both the iPhone 6 and iPhone 6 Plus have an NFC chip inside them, it was only used for payments (Apple Pay) and nothing else.

How NFC Has Evolved Inside iPhone

All iPhones since then, including the iPhone 7, iPhone 8, iPhone X, and iPhone XS and iPhone 11 range, as well as the iPhone 12 models, all ship with NFC chips inside them. But unlike the iPhone 6 and iPhone 6 Plus, Apple’s newer phones, thanks to the release of iOS 11, can use their NFC chips to read NFC tags as well.

The iPhone 7, iPhone 8, and iPhone X do ship with NFC chips, however, there is no native support for reading and encoding NFC tags. For that, you’ll need an application. Here’s a selection you can use to fill the gap:

Apple’s iPhone XS and iPhone XR models were the first iPhone handsets to be able to read NFC chips natively. You don’t need any specific software update to do this – NFC just works on these phones.

With the release of iOS 13, as well as Apple’s iPhone XS models and the ultra-popular iPhone XR, Apple added in even more NFC functionality. All iPhones from the iPhone XS/iPhone XR up use NFC for payments, can read NFC tags, and can also encode NFC tags as well.

However, in order to encode NFC tags with your iPhone XS/XR, you need to running iOS 13 or higher, as this feature was a core update inside that particular iteration of iOS.

In many ways, NFC is very similar to RFID (radio frequency identification), which is a technology used by shipping companies to track and monitor inventory. RFID can be used from a distance, however, like Bluetooth. NFC, on the other hand, has to be used in close quarters – around 4 inches.

This is why NFC is being positioned predominantly as a consumer-facing technology; it has tons of uses, both for businesses and consumers, but the most useful applications are all aimed squarely at people like you and me.

Because NFC allows for the quick dissemination of information between two discounted mediums, the NFC tag, and your NFC-enabled phone, without requiring things like your email address or phone number. And this is great news for marketers, as it increases their potential conversion rates which is the end game for conversion rate optimization.

What Are NFC Tags?

I mentioned NFC tags quite a bit in the above section, but what are NFC tags? NFC tags kind of want to replace barcodes. That’s the big idea. And how they work is fairly simple; NFC is a wireless radio communications technology, sort of like WiFi and Bluetooth, only with NFC, you have to be really close to interact with it – no more than 4 inches.

NFC tags can be found in loads of places, from bus stops to advertising billboards. You could even technically get an NFC chip embedded in your body, although that’s getting a bit too close to a storyline from a dystopian novel.

You have different kinds of NFC tags too, though all are programmable, so if you own a restaurant, for instance, you could buy a load of NFC tags, add your menu to them, and include them in promotional material in your local area.

With your posters NFC-enabled with an NFC tag, potential customers will be able to check out your menu and read about your business simply by tapping their phone on the NFC tag inside the poster.

Pretty cool, right? It is – although it is seldom used by small businesses. I really don’t understand why either, as NFC tags have the potential to generate potentially hundreds, maybe even thousands of leads, for small businesses. And it’s not limited to restaurants either; any type of business can use NFC.

The Four Types of NFC Tag

These NFC tags can be written multiple times and the data contained on them can be encrypted too. You can also lock these types of NFC tags, so when they’re deployed in marketing materials no one can mess with them.

TYPE THREE and TYPE FOUR NFC Tags can only be written once, kind of like a CD, so once you’ve imprinted data onto a TYPE THREE or TYPE FOUR NFC tag that’s it, you cannot edit or add anything else.

Most people, for this reason, tend to use TYPE ONE and TYPE TWO NFC tags.

NFC tags are fairly cheap to buy; you can bulk order them for as little as 30¢ a piece. The prices do vary though, depending on memory capacity and speed, so keep that in mind if you’re thinking about deploying some NFC tags for your business or even just in your home.

With size, NFC tags come in all shapes and sizes; again, the amount of memory and the size of the antenna dictate how big they are – some NFC tags can be as small as a centimeter, while other types of NFC tags can be as big a few inches – it all depends on the tech inside them.

Samsung and Lexus have both use NFC to great effect on their marketing efforts. Lexus was the first car brand to use NFC enabled print ads in car magazines and Samsung used NFC tags inside its advertising posters and billboards during the promotion of many of its phone releases.

Since then, we’ve seen a steady slew of bigger and bigger companies turning to NFC in order to drive more sales to their business. KFC used NFC tags inside its marketing materials and so too did BMW. 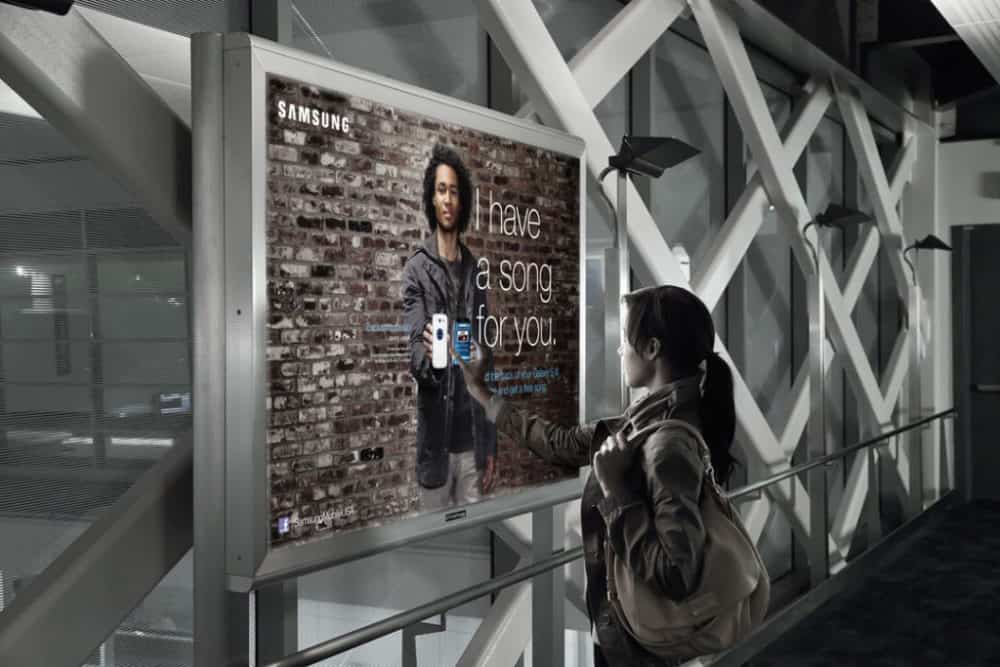 Want another really cool example of how NFC is used in marketing? Adidas added NFC tags to some of its running shoes, as part of its ‘Tap and learn about the product’ marketing campaign.

Expect to see NFC used more and more in marketing campaigns as the price of NFC tags drops from 30¢ to pennies in the coming years.

Here’s what to know about ANT Radio Service!