An iPhone 12 model that is smaller than the current iPhone SE 2020 is rumored to be landing this year, as part of Apple’s iPhone 12 range…

Big, small, medium, and large. Apple’s produced a range of different sized iPhones over the years – from 3.5in to 6+ inches, we’ve now seen them all. But in 2020, you’ll have a truly small iPhone 12 option – one with a 5.2in OLED display, according to reports.

People who love tiny phones are in for a treat with the new 5.4-in iPhone. Smaller than a new SE! pic.twitter.com/cTSH2LBzKA

And, because it will not have TouchID, using Apple’s Face ID instead, the iPhone 12, despite having a larger display, will actually have a smaller footprint than the 4.7in iPhone SE 2020. The iPhone 12 is also said to be thinner and lighter than the iPhone SE 2020 as well.

Is There Demand For A Small iPhone?

A new small iPhone launched before the end of 2020 would be a huge deal for many of Apple’s long-term fans. The original iPhone SE was a smash hit and the entire reason for its success was down to its size – millions of people really wanted a 4in iPhone.

In 2016, the iPhone SE accounted for 9.2% of the ENTIRE UK smartphone market. Not too shabby for a small iPhone, right?

For this reason, it stands to reason that an iPhone 12 model that is smaller than the iPhone SE 2020 would also be very successful. In fact, with an OLED display and Apple’s new A14 CPU, the small iPhone 12 will likely become the best small size iPhone Apple has ever released. 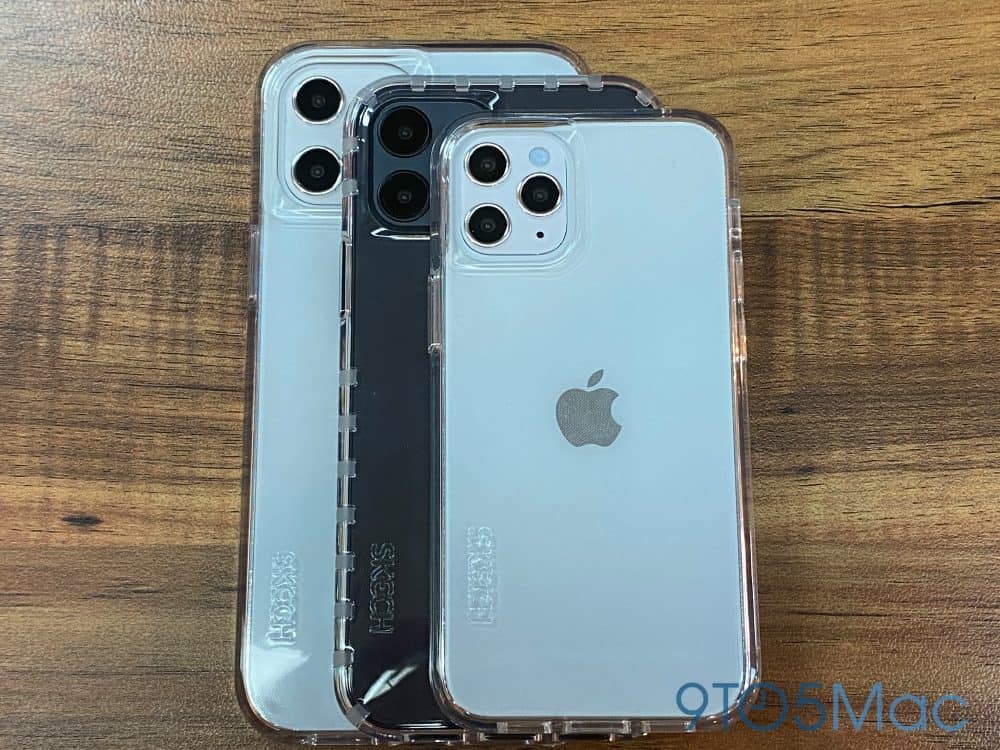 Taking things further: Apple’s A14 CPU will be monumentally powerful, outpacing the A13 by a considerable margin. The A13 wipes the floor with the most powerful SoC used inside Android phones, the Snapdragon 865, so the addition of the A14 inside the small iPhone 12 would likely make that iPhone the best small size phone on the market – by a considerable margin.

Add in things like 5G, an updated camera, and different design, and Apple’s entry-level iPhone 12 (AKA the small iPhone) could well be one of the best-selling iPhones in recent history, heralding the company’s first super-cycle since the release of the iPhone 6 in 2014.

A few months ago, reports surfaced about Apple switching all of its iPhone 12 models over to OLED panels. If true, the base model iPhone 12 – which is rumored to cost even less than the current iPhone 11 – will not only be the smallest iPhone Apple has made in years, but it will also have an OLED panel, bringing vastly superior viewing experiences and power management.

And given just how popular smaller iPhones are with customers, it’s easy to see Apple’s 5.2in iPhone 12 model selling extremely well. In fact, I’d be willing to wager right now that the 5.2in iPhone 12 will be the best-selling iPhone from the iPhone 12 range during the next 12 months. And the reason, once again, is the price – Apple’s found a truly sweet spot in the phone market for its entry-level iPhones, sitting below Samsung and Huawei’s offerings.

This is probably the best example of 4D chess in the consumer technology market I have seen in the last decade.

Apple hiked the average price of a smartphone with its iPhone X, the first phone to retail for over $1000. It did this because it knew Samsung and everybody else would follow suit; this happened quickly and the average cost of Android phones went through the roof. Want the latest Galaxy S20? It’ll cost you over a thousand bucks. A foldable phone? Way more than $1000, in some instances over $2000. This new pricing paradigm isn’t exclusive to Samsung; all major Android brands now do it – and you still ONLY get about 2 years’ worth of software support.

Apple then returned to the market with the comparatively cheap iPhone XR, AKA its most-popular release of recent times. Then came the iPhone 11, a phone that retails for hundreds of dollars less than Samsung’s Galaxy S20.

And this entire shift in pricing (in the Android market) likely wouldn’t have happened if it weren’t for the iPhone X.

Apple basically bluffed the market, got its competitors to super-charge their prices, and then pulled the rug from under them by attacking multiple levels of the market with multiple handsets at multiple price points for the first time in its history.

Basically, 2020 could well be the year Apple enacts its first super-cycle since the release of the iPhone 6 and iPhone 6 Plus.