What Is The Latest Samsung Phone? ALL The New Models Listed…

Samsung makes quite a few different Android phones. In this guide, we’ll detail all of Samsung’s latest phones – with the newest at the top…

Unlike Apple, Samsung makes a range of different Android phones. It has phones in nearly all price brackets – from ultra-expensive to budget and cheaper options.

In this quick guide, we’ll show you ALL of Samsung’s latest phones by series, covering off its Galaxy S, Galaxy Note, and Galaxy A range, as well as its newer and more expensive, foldable phones too.

The Samsung Galaxy S20 is Samsung’s latest flagship offering in its Galaxy S series of phones. You have multiple options to choose from inside the Galaxy S20 range, including the newly launched Galaxy S20 FE (AKA Fan Edition).

The Galaxy S20 range is arguably Samsung’s most well known and popular brand. The Galaxy S brand has been around since the mid-2000s and, for the longest time, as been the #1 competitor to Apple’s iPhone.

The Galaxy S20 runs on Qualcomm’s Snapdragon 865 CPU or Samsung’s Exynos CPU, depending on where you’re based. The camera tech aboard the Galaxy S20 is amazing and general performance is flawless. As Android phones go, the Galaxy S20 is expensive but it is worth the extra expense.

Another reason to get one? Samsung has now confirmed that the Galaxy S20 will receive three Android updates, guaranteed! That means it will get the same level of support as Google’s Pixel phones. Not too shabby!

Samsung’s “other” flagship range of phones. The Galaxy Note, for many, is often a more exciting prospect than the more traditional Galaxy S range. All Galaxy Note phones come with Samsung’s S-Pen, as well as bleeding-edge internal specifications.

As a user, I am definitely more of a fan of Samsung’s Galaxy Note than its Galaxy S phones. I love having a stylus at my disposal, I generally prefer the way Samsung’s Note phones are designed, and I like the fact that its Note series usually has better specs than its Galaxy S releases.

This is mostly down to timing; Samsung’s Note phones launch later on in the year, while new Galaxy S models are launched inside Q1, right at the beginning of a new year. The Note 20 is a fantastic phone. But I would almost certainly recommend the Galaxy Note 20 Ultra over it…

Why? It has a better CPU. And CPUs are kind of important, especially if you value the longevity of your phone and want to be able to use it for years to come. 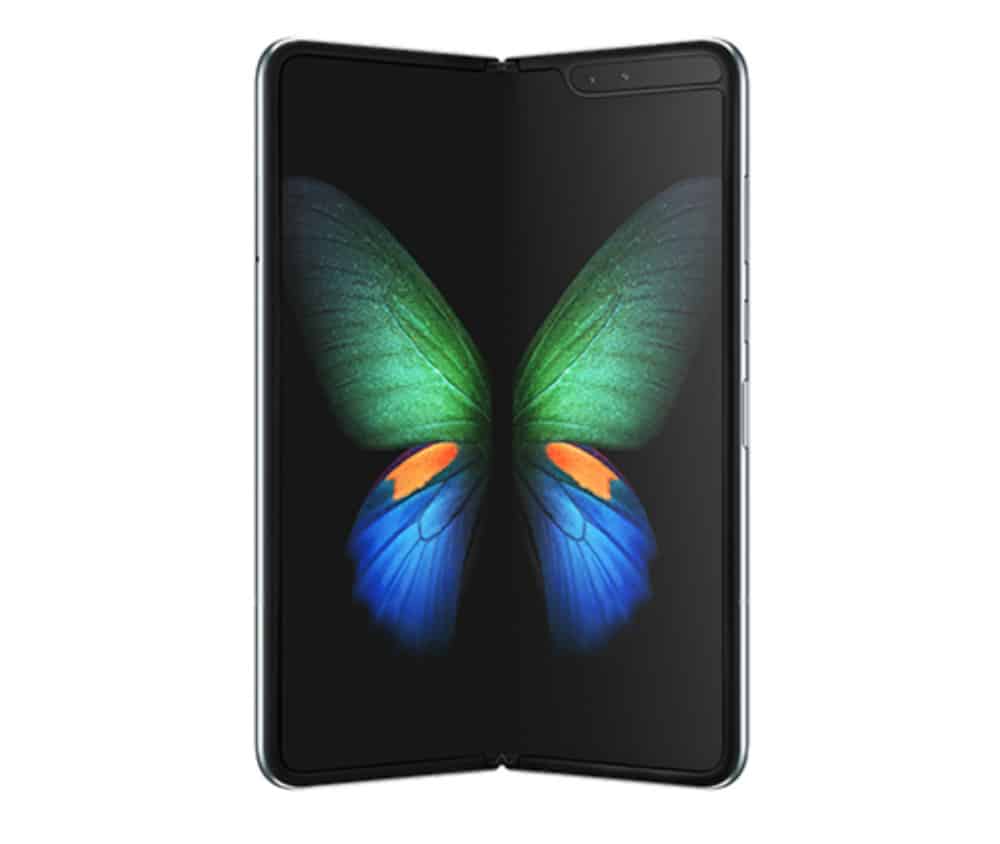 Foldable phones were meant to reinvent how we perceive and use phones. This hasn’t happened, obviously. And while foldable phones like Samsung’s Galaxy Z Fold 2 are relatively new concepts, consumers haven’t taken to them too well.

This is mostly down to price, however – foldable phones are prohibitively expensive. I think the cheapest one you can buy is still over £1000. And that is just way too much for most people.

Add to this the fact that only Samsung and Huawei are actually making foldable phones and it is easy to see why many critics expect folding Android phones to go the way of BlackBerry in 2021. 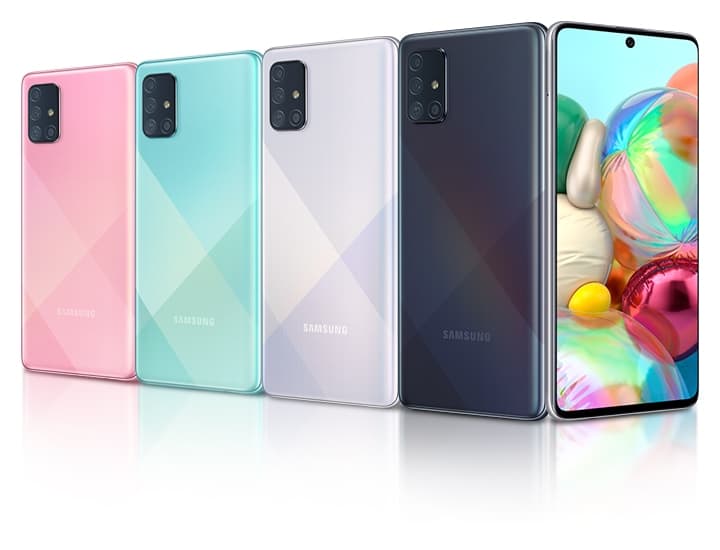 Samsung’s ultra-popular range of Galaxy A phones is its best selling line of Android phones. Packing in great specs and hardware, the Galaxy A series is all about performance on a stricter budget.

The Galaxy A series, most notably the A51 and A71, are designed to bring a lot of the engineering and industrial design you get on the Galaxy S20 into a more affordable package.

You still get triple and quad lens cameras on many Galaxy A phones, as well as 6GB of RAM, and plenty of internal storage (usually around 128GB).

The key point here is value for money: Samsung designed these phones to complete with the likes of Google’s Pixel 4a and RealMe and OPPO’s range of affordable phones.

You don’t get “flagship” performance, for that you’ll need to pay £1000 and over, but what you do get are extremely capable, beautifully designed phones with killer battery life and great cameras. 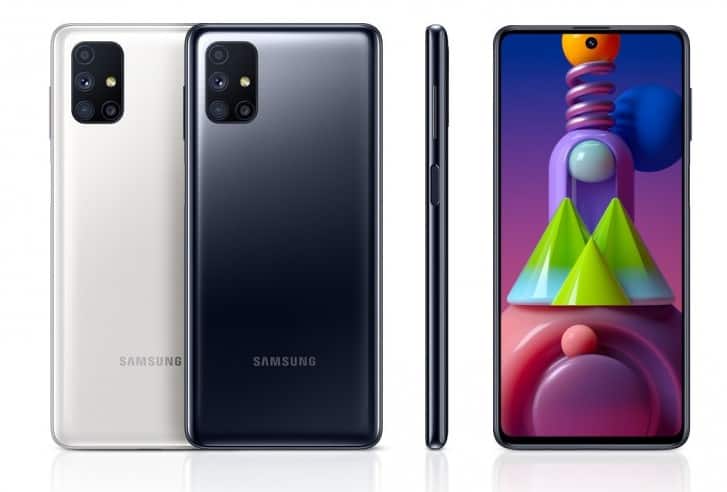 Samsung launched its new M Range of smartphones in 2020. Aimed squarely at the Indian market, the Samsung Galaxy M51 – the latest phone in this series – is designed to help Samsung wrestle back some market share from brands like RealMe and VIVO in India.

The Galaxy M51 is a budget Android phone that packs in all the core features you need from a smartphone. The phone has a 7000mAh battery, a 6.7-inch Super AMOLED Infinity-O display, and is paired with a Snapdragon 730G chipset alongside 6GB RAM and 128GB of storage.

That’s A TON of good-looking specs for not very much money at all. Expect big sales for the Galaxy M51 during the remainder of 2020 and 2021.

Which Samsung Phone Should You Get?

As noted above, the Samsung phone you go for will depend entirely on your budget and exact needs. If you want a top of the range phone, go with either the Galaxy S20 Ultra or Galaxy Note 20 Ultra – these are the flagships.

If you want solid performance, great cameras, and excellent battery life, as well as beautiful industrial design, and you’re not fussed about having ALL the extra flagship features, the standard Galaxy S20 and Note 20 will be fine.

They’re both still insanely powerful phones, even if they do lack some of the specs and features found on the more expensive models in the series.

If you don’t want to spend a lot of money on your next Samsung phone, the Galaxy A71 or Galaxy A51 would be an ideal choice. These phones deliver a TON of value for money, great specs, and possess exceptionally good cameras.

Both the Galaxy A71 and Galaxy A51 are significantly cheaper than the Galaxy S20 and Galaxy Note 20. If you don’t want/need a £1000 phone, the A71 is just about as good as it gets right now, when it comes to design, specs, and overall performance.