Does The Galaxy S22 Come With A Screen Protector? What’s In The Box?

When we’re forking out a lot of money for a new device like the Samsung Galaxy S22, we need to be concerned with what protective features it comes with. Is there a screen protector in the box? Let’s take a peek…

The Samsung Galaxy S22, the least expensive model in the company’s 2022 flagship series, has received little attention with a shadow cast over it by its bigger brothers: the S22+ and the S22 Ultra.

The Galaxy S22 Ultra, which also bears the weight of the Note history on its shoulders, is what the Korean electronics giant saved all the fancy features for. However, it does not imply that the standard Galaxy S22 doesn’t have anything to shout about.

While the standard S22 may be the cheapest device within the range, it’s certainly not a budget phone and needs as much protection from damage as possible.

Sure, Samsung’s promise of a high-quality build comes into play, but it takes a brave individual to carry this phone around daily without so much as a screen protector.

So, what we want to know is – is there a screen protector in the box when we purchase a new Samsung Galaxy S22?

Does The Galaxy S22 Come With A Screen Protector?

When you open up the box containing your brand-new Samsung Galaxy S22 smartphone, there will not be a screen protector in the box.

Fortunately, screen protectors are both cheap and easy to get hold of, especially in this Amazon age.

Back in the day, we’d head down to the local phone shop and tell the salesperson exactly what we want before having to fend off any upselling attempts. At the counter, we’d add a screen protector to the basket – and maybe a case – and be on our way.

Today, most people order their new phones online and can very easily just pop onto Amazon and get a perfectly fitting screen protector delivered the very next day.

What Comes In The Galaxy S22 Box?

So we know that a screen protector does not come included with any of the phones in the Samsung Galaxy S22 series – but what does?

It shouldn’t come as a surprise that there is no charger in the box, given that Samsung removed this with the S21 series and to be honest, we do all have a silly number of these plugs knocking around at this point.

Even though it has a screen that is just 6.06 inches in size, the Samsung Galaxy S22 is still considered to be one of the best Android phones that money can buy right now.

Durable screen protectors made of tempered glass are significantly simpler to locate for the S22 than they are for the S22 Ultra, which has a curved display. So that’s one benefit of choosing the slightly more feature-stripped device in the range.

The ratio we’re trying to master with the perfect screen protector is thickness vs touch sensitivity. A protector too thick will mean the fingerprint sensor won’t work and a protector too thin won’t go very far in serving its purpose.

The best screen protector will be thick enough to protect the screen from scratches, thin enough to allow the screen and fingerprint sensor to work as intended, and, of course, not be too expensive.

What is The Best Galaxy S22 Case?

If you want to protect your phone from common hazards like rough surfaces or sharp objects, investing in a high-quality case for your Samsung Galaxy S22 is a worthwhile investment that won’t break the bank.

It will maintain your phone in excellent shape for as long as you need it, and it will guarantee that you receive the highest possible price for your phone if you ever decide to sell it or trade it in when you upgrade.

However, cases aren’t required to only serve the purpose of avoiding scratches and other forms of harm. A few of them include supplementary features that simplify the process of utilising your Galaxy S22.

Nevertheless, many cases are very durable, making them an excellent choice for those of us who need the highest level of protection from accidental damage to our belongings.

In our opinion, the best Samsung Galaxy S22 case is one that protects a phone from taking damage from a height of up to 2 metres without impeding the overall experience of using the device.

How Well Is The Samsung Galaxy S22 Built?

The S22 doesn’t have a very innovative design and resembles the Galaxy S21 in appearance, yet it feels upscale in the hand. It has an aluminium frame and glass front and back that are protected by Corning’s most expensive Gorilla Glass Victus+.

The phone is barely 7.6 mm thick and weighs 167g. The craftsmanship is first-rate. The camera hump is noticeable, but the rear doesn’t seem to gather fingerprints. Due to its IP68 rating, the phone can withstand up to 30 minutes submerged in water at a depth of 1.5 metres.

When compared to traditional optical fingerprint sensors featured in other phones, the device’s in-display ultrasonic fingerprint sensor is very quick and accurate. You may utilise up to two nano SIM cards in Dual SIM configuration in the SIM tray, which is located at the bottom.

Overall, the design is simple, recognisable, and one of the highest-quality phones available today. The phone does not come with a screen protector already installed, and the display has Corning Gorilla Glass Victus+ protection. 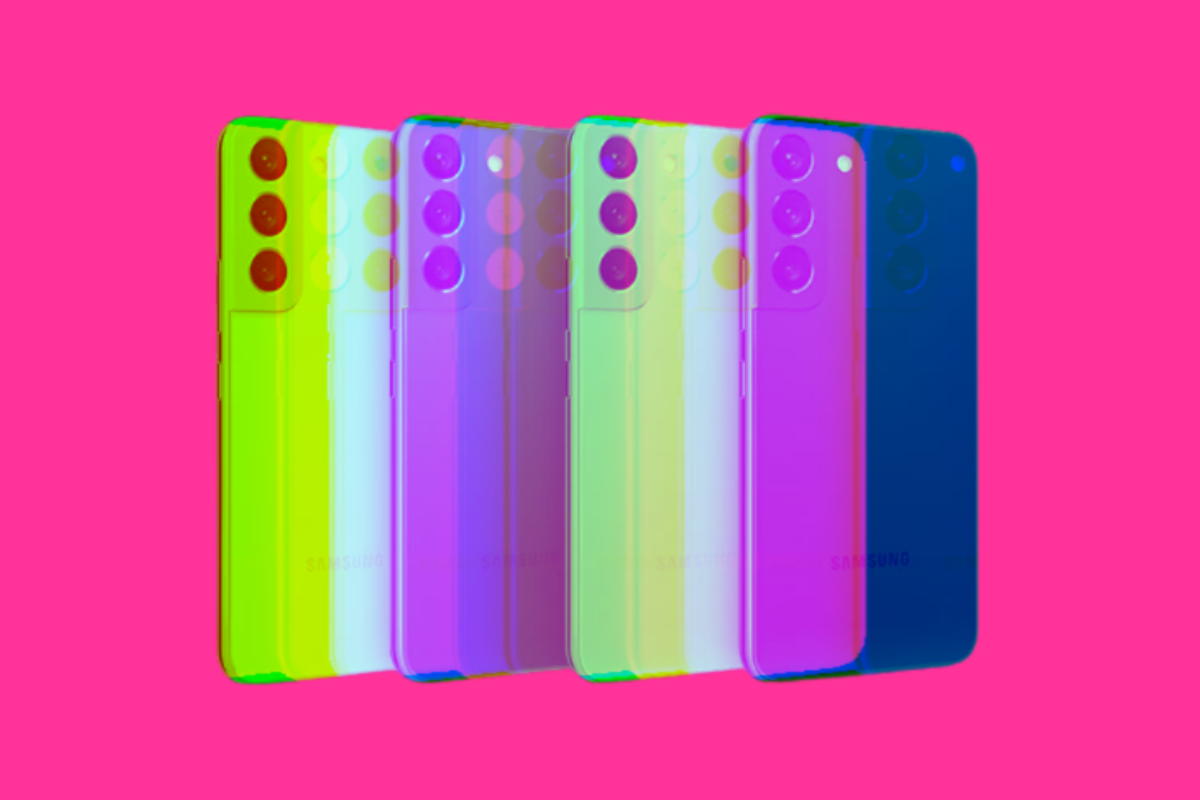