We take a detailed look at two of Samsung’s most popular Android phones – it’s the Samsung Galaxy A51 vs Galaxy A71. But which is best?

Most people are interested in Samsung’s flagship phones – the Galaxy S21 and Galaxy Note 20. But the Galaxy A51 is actually Samsung’s best selling phone, accounting for nearly triple the number of unit shipments than the Galaxy S20.

The reason for this, of course, is its price – the A51 is a lot cheaper than the Galaxy S20. And for users looking for a bargain, and these types of people are the vast majority, Samsung’s Galaxy A51 represents one of the best options on market.

The A51, like the A71, forms the backbone of Samsung’s phone business. Sure, the Galaxy S21 grabs all the headlines. But it is phones like the Galaxy A51 and Galaxy A72 that make Samsung the most money.

The Samsung Galaxy A51 and Galaxy A71, while not flagships, are two very popular options with customers all over the world. In fact, the lion’s share of Samsung’s sales are largely made up of its cheaper Android phones.

Samsung Galaxy A51 vs Galaxy A71 Comparison

From a design perspective, the Samsung Galaxy A51 and Galaxy A71 are very similar looking. The Galaxy A71 is slightly larger, it has a 6.7in display while the Galaxy A51 has a 6.5in screen. Other than that, the phones look almost identical from the front and rear.

Both run quad-lens camera modules on their rears, both have centrally mounted hole-punch cameras on the front, and both of the phones have no buttons on the front of the device. You do have a volume rocker and a power button located on the side of each phone, however.

The entire front of both phones is display; you have a near-88% display to chassis ratio which is really high. Samsung achieved this by running super-slim bezels on both models. The net effect of this is a premium-looking phone that belies the phones’ lowish price tag.

From a design perspective, both phones are very well put together. They look like flagships even though they aren’t – and this is why both models have such a broad appeal. If you don’t want to pay $1000 for a phone, your next best option is a phone like the Samsung Galaxy A51 and Galaxy A71.

Samsung knows this too, which is why it puts so much time and effort into these phones. All the headlines talk about flagships and foldable phones, but the phones of the Samsung Galaxy A51 and Galaxy A71 ilk are Samsung’s true bread and butter.

And because they’re both effectively identical looking, picking a winner in the “design department” is tricky. The real difference with these phones comes down to the specs and hardware. But even then, the difference is only slight, as you see further down below.

As you can see above, the Galaxy A71 is the bigger phone. But, again, the difference is only slight; we’re talking only a few millimetres here and there. The reason for the size difference is that the Galaxy A71 uses a slightly larger display which, of course, means the phone’s chassis has to be slightly bigger.

This is great news for users that love big screens. But if you want something smaller, something more compact, I would check out the Samsung Galaxy S10e – it is now a lot cheaper than before and it is Samsung’s smallest and best phone by a country mile.

Again, the Galaxy A71 has the bigger display. But beyond this it does use slightly more advanced screen tech, something Samsung calls Super AMOLED Plus.

What is Super AMOLED Plus? First launched inside the Galaxy S11 many, many moons ago, Super AMOLED Plus displays are designed to be brighter and more energy efficient (by as much as 18%, according to Samsung).

Does this matter? Not really; most users will not be able to tell the difference. I certainly can’t. But Super AMOLED Plus screens are definitely brighter and they are definitely kinder to your battery life, so if these are things you like the sound of, go with the Galaxy A71.

With respect to overall performance, the Snapdragon 730 is the clear victor. Qualcomm’s SD730 has been shown to consistently outperform Samsung’s Exynos 9611 in nearly all environments and benchmarking suites.

If you want the snappiest performance possible, great gaming experiences, and plenty of latent power in the tank for when you need it, the Galaxy A71 is the one to go for – it is as close to flagship performance as you’re likely to get at this price point.

The Galaxy A51 is still a solid performer, but it just cannot hold a candle to the A71 in this context. For basic usage – web browsing, email, social media, running apps – the A51 will be fine. But with the Galaxy A71’s extra grunt, you have the ability to do more advanced things if you wish.

And given the slight difference in price between these phones, that point is definitely something you’ll want to keep in mind before pulling the trigger on either one of these phones.

Either way, 128GB – the base model – should be fine for most people. Oh, and both the Galaxy A51 and Galaxy A71 support MicroSD cards too, so you can expand the storage as well. You also get options for either 6GB or 8GB of RAM on each handset.

Pretty cut and shut, this one. The Galaxy A71 has a larger battery life and will, in almost all settings, last longer than the Galaxy A51. If battery life is important to you, and you want the best possible performance, the A71 has the lead in this all important area.

Again, the Galaxy A51 and Galaxy A71 are fairly evenly matched in the context of camera modules. Both have quad-lens camera modules, complete with an ultrawide lens, a macro lens, and a depth lens (for portraits).

But when it comes to the main sensor, the Galaxy A71 has a slight edge with its 64MP sensor. With this sensor, you have a wider aperture and this means more light. And more light into the sensor means better-looking, more detailed pictures complete with less noise.

It’s close, but for camera lovers, the Galaxy A71 is the superior phone in this context.

Samsung Galaxy A51 vs Galaxy A71 – The Verdict

As you can probably tell, the A71 is the better phone. The Galaxy A51 is still a great phone, but it is more of a mid-range affair whereas the Galaxy A71 has some genuine flagship stuff going on – notably with its camera, internal specs, and screen tech.

If you want the best performance and battery life, the Galaxy A71 is the one to go for out of these two phones. But if you’re just interested in value for money, and you don’t need all the latest bells and whistles, the A51 will be more than fine for most users.

Samsung does sell A LOT more Galaxy A51 units than the A71, so it must be doing something right! Me personally, I’d go with the A71. And the reason? Camera, overall performance, and battery life. Still, the A51 is a perfect phone for anyone that just wants something basic and reliable. 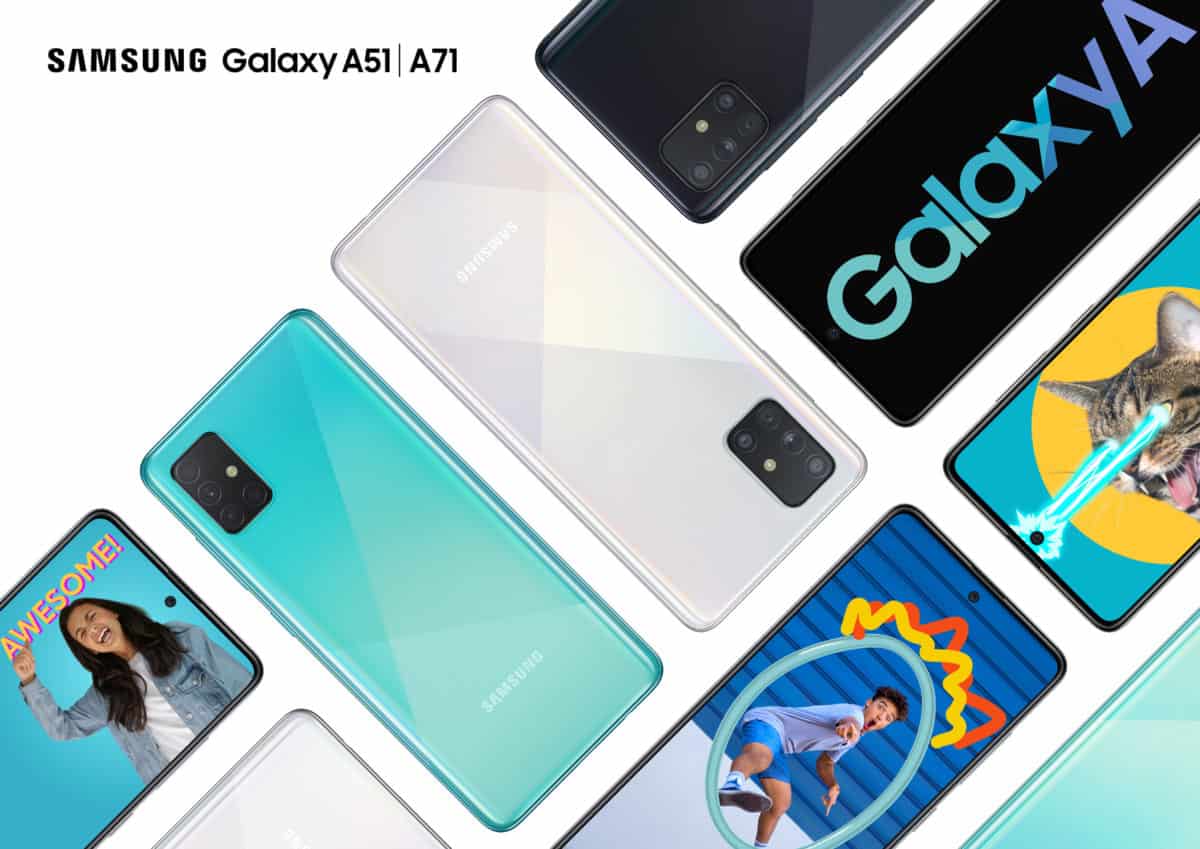