Phones With 12GB of RAM: A Complete List (UPDATED)

Want a phone with more RAM than some laptops? Check out this list of phones that run 12GB of RAM…

Does anyone actually need 12GB of RAM? As of right now, not really – it’s basically overkill. A marketing tool, something to separate one phone from the other myriad options on the market. Essentially, you really don’t need more than 6GB to 8GB to do everything you need to do on your phone.

The ONLY area where 12GB of RAM makes sense is if you’re talking about future-proofing your phone. If you want to hold onto your phone for years to come, having 12GB of RAM will ensure it is functional way into the future. Case in point: Apple’s iPhone releases won’t feature 12GB of RAM, most likely, until the back end of the 2020s.

These are the best options right now if you want a phone with 12GB of RAM. But as you can probably gather, all of the phones on this list are kind of different. Let’s now take a brief look at each 12GB phone individually.

The Galaxy Note 10 Plus is the top of the line Note for 2020, at least until the arrival of the Samsung Galaxy Note 20 Pro, which will also support 12GB of RAM. The Note 10 is a beautiful, modern-looking phone that features an in-screen fingerprint scanner and a full IP68 rating for water-proofing.

The Note 10 features a 6.8in OLED panel, it comes with Samsung’s S-Pen, and it features a very impressive 12MP camera. Internally, you have a 4300mAh battery and Qualcomm’s Snapdragon 855 CPU alongside 256GB or 512GB of storage. 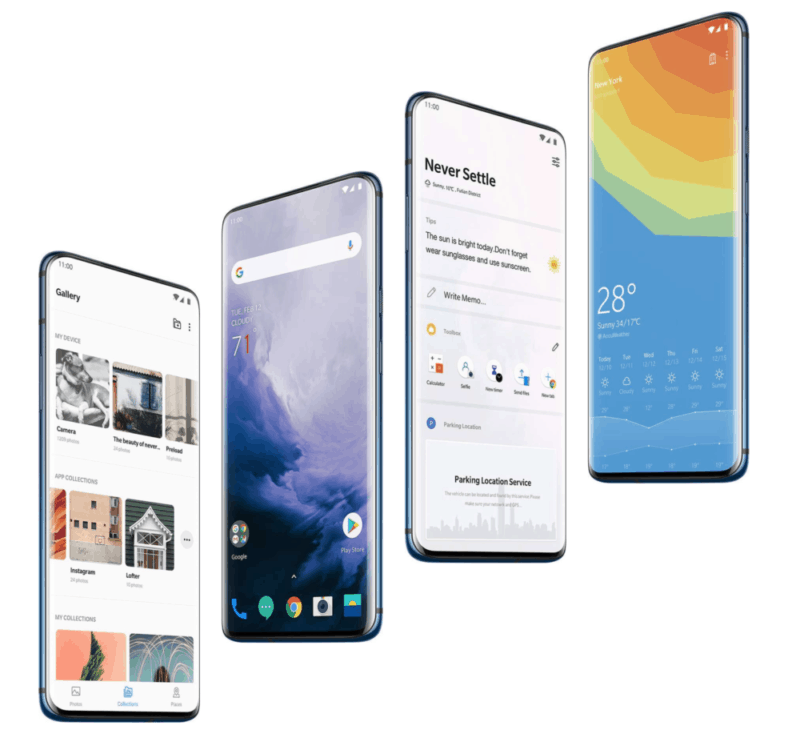 The OnePlus 7 Pro was OnePlus’ 2019 flagship release. It features a pop-up camera for selfies, so there’s no notch on the front of the device, and this makes for a completely unbroken, all-display from with one of the best screen-to-body ratios on the market.

Inside, you have a 4000mAh battery, memory options for 6GB, 8GB, and 12GB of RAM. You have three cameras on the rear as well and one of the best Android skins on the planet in the form of OnePlus’ OxygenOS. Cheaper than the Galaxy Note 10, the OnePlus 7 Pro serves up plenty of value but it does miss things like IP68 rating and wireless charging.

The OnePlus 8 Pro is a BEAST. It’s also the first phone released by OnePlus that isn’t offered as a flagship alternative; it’s just a flagship and it is priced accordingly – around $800.

However, for that money, you do get flagship-grade specs and features, including a gorgeous 6.7in OLED panel, Snapdragon 865 CPU, up to 12GB of RAM, a stunning quad-core camera in the rear, and a massive 4510mAh battery that’ll deliver all-day performance even with heavy usage.

And unlike the OnePlus 7 Pro, the OnePlus 8 Pro features ultra-fast wireless charging, it’s currently the fastest on the market, thanks to its internal dedicated chip, and full IP68 rating for water and dust resistance.

The Asus ROG Phone 2 is positioned as a “gaming phone” but it is so much more than this; from a sheer specs-perspective, it is perhaps the ultimate Android phone you can buy right now.

It literally wipes the floor with everything else on the market in nearly all areas, save for its camera (it’s only a dual-lens camera). Inside, you have Qualcomm’s Snapdragon 855+ CPU, 12GB of RAM, up to 1TB of storage, a massive 6000mAh battery, and a stunning 6.5in OLED panel (with 120Hz refresh rate) that is tuned for maximum gaming performance.

This phone is a complete monster, even if you’re not interested in gaming. If all you want is killer performance, masses of storage, and two-day-long battery life, the Asus ROG Phone 2 is well worth a look.

Inside, you have Qualcomm’s Snapdragon 865 CPU, 12GB of RAM, 1TB of storage, and up to 512GB additional storage via its SD card slot. The Galaxy S20 Ultra features a quad-lens camera, a 5000mAh battery, is fully water-resistant, and features the best OLED display in the business right now. And this is why Samsung’s Galaxy S20 range is the #1 selling Android phone line on the planet right now. 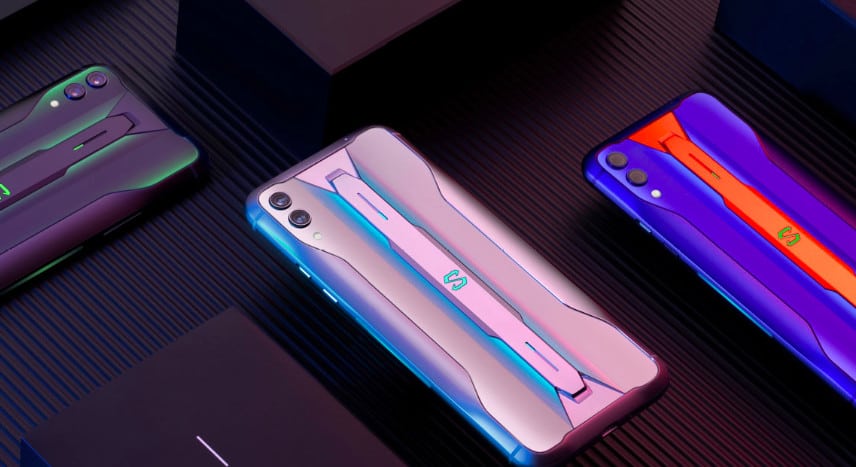 Released in July 2019, the Xiaomi Black Shark 2 Pro is perhaps the cheapest 12GB Android phone on this list. Xiaomi’s whole-MO is flagship specs on a serious budget. And the Xiaomi Black Shark 2 Pro is no exception; you’ve got Qualcomm’s Snapdragon 855, 12GB of RAM, a dual-lens camera, a 6.4in OLED display, and an under-display fingerprint scanner.

ZTE might not be the biggest name in cellphones, but the ZTE Axon 10 Pro is a very impressive handset with respect to specs and hardware. The ZTE Axon 10 Pro features a 6.4in OLED display, it runs on Qualcomm’s Snapdragon 855, features 12GB of RAM, and packs in a triple-lens camera and a 4000mAh battery.

The ZTE Axon 10 Pro is also fairly cheap too; you can pick one up for less than $500/£500. Again, like the Xiaomi Black Shark 2, the ZTE Axon 10 Pro lacks many of the features you get with handsets like the Galaxy S20 Plus. But for a budget option, it is worth a look if you’re in the market for something from a smaller phone maker. 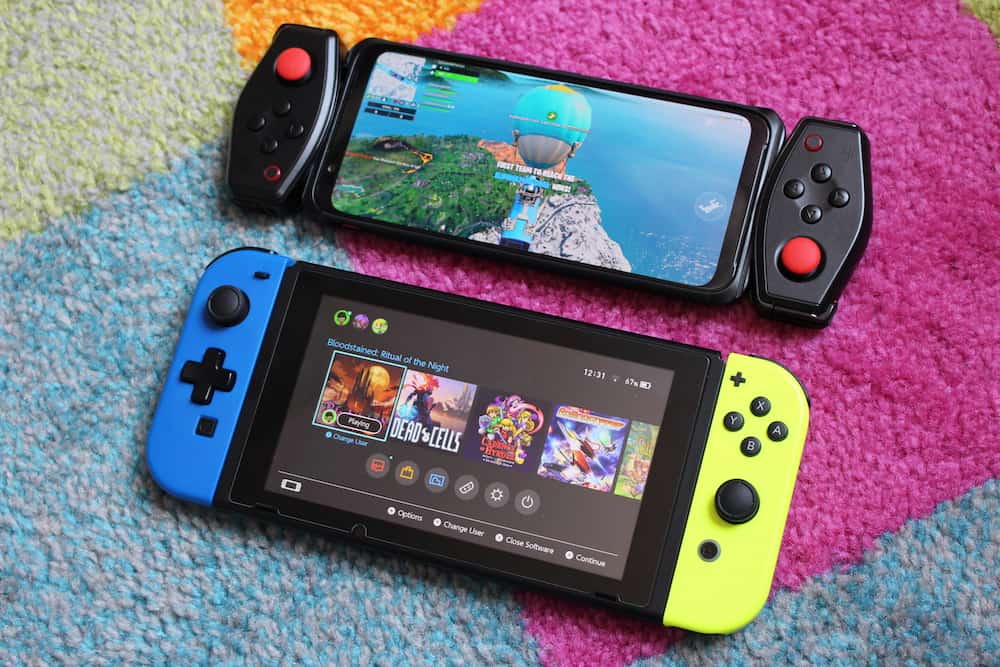 Nubia is a ZTE brand. The Nubia Red Magic 3 is positioned as a gaming phone, like the ASUS Rog Phone 2. And like the ROG Phone 2, it packs in plenty of gaming-focused specs and hardware like a 5000mAh battery, a 6.6in OLED panel, 12GB of RAM, and a Snapdragon 855 CPU.

The Nubia Red Magic 3 runs a single-lens camera, does not feature SD-support, and it does not feature an IP68 rating. The phone is also designed with gamers in mind, so its design language is fairly “loud” and “in your face” with lots of aggressive styling and LED lights.

Things To Keep In Mind

Cheap phones, especially Chinese ones, are becoming increasingly popular. But there are a couple of things you need to keep in mind before buying one. The first relates to software and is important. Xiaomi phones run MIUX and this software, to be frank, is not good – it’s buggy and it is packed with bloatware that can be annoying to deal with.

The second is reliability. Often times, cheap Chinese phones – like Xiaomi phones, for instance – are not reliable. They’re prone to issues and bugs and, if something does happen, these companies are not well known for their customer service, meaning you could be left with a busted phone and no refund.

Out of ALL the phones on this list, the OnePlus 7 Pro is the best with respect to overall features, specs, and value for money. It now retails for less than $500/£400 and is a killer phone that everybody should be taking a serious look at…

However, there is a middle-ground. OnePlus makes great phones and like Xiaomi it too is a Chinese phone brand. But unlike Xiaomi, OnePlus’ approach to making phones is more focussed, it makes fewer handsets, and its software (OxygenOS) is brilliant, even when compared to Google and Samsung’s offerings.

For this reason, if you’re on a budget – but you still want a 12GB phone – you’re infinitely better off going with the OnePlus 7 Pro (I mean, just check out how good its price is right now) over anything from Xiaomi or ZTE. Alternatively, if you want the best of all words, reliability, performance, specs, and design, go with the Galaxy S20 Plus; it’s a killer phone, so long as you can stomach the price.

Me? I’d be most inclined to go with the OnePlus 7 Pro. It’s now a lot cheaper than it was at launch, thanks to the release of the OnePlus 8 Pro, and it still looks and functions as good as it did on the day it was released. Plus, OnePlus is very good with Android updates, so you can expect to get better support with a OnePlus phone than you would with, say, an older Samsung phone.