The iPhone 12 Mini is the smallest iPhone Apple has made since the original iPhone SE. But is it any good? Check out Damien’s iPhone 12 Mini review below and find out…

If you’re sick of the current trend for massive phones, then you’ll want to give the iPhone 12 Mini a spin. It’s the smallest device Apple has made in years, yet it comes packed with all of the latest tech, including a super-fast processor, 5G support and a sharp Super Retina OLED display. Starting at just £700, this is excellent value for money and one of the best ‘budget’ devices Apple has ever made.

There once was a time when Apple’s phones were derided for the fact that they were so much smaller than their Android rivals; back when Samsung released its first Galaxy Note handset, it positively dwarfed Apple’s current model, the iPhone 4. However, fast forward to 2020 and things are very different; we’ve reached critical mass as far as phone size is concerned, and, as a result, Apple has effectively caught up with its rivals and now offers a wide range of options for those who love big-screen blowers. 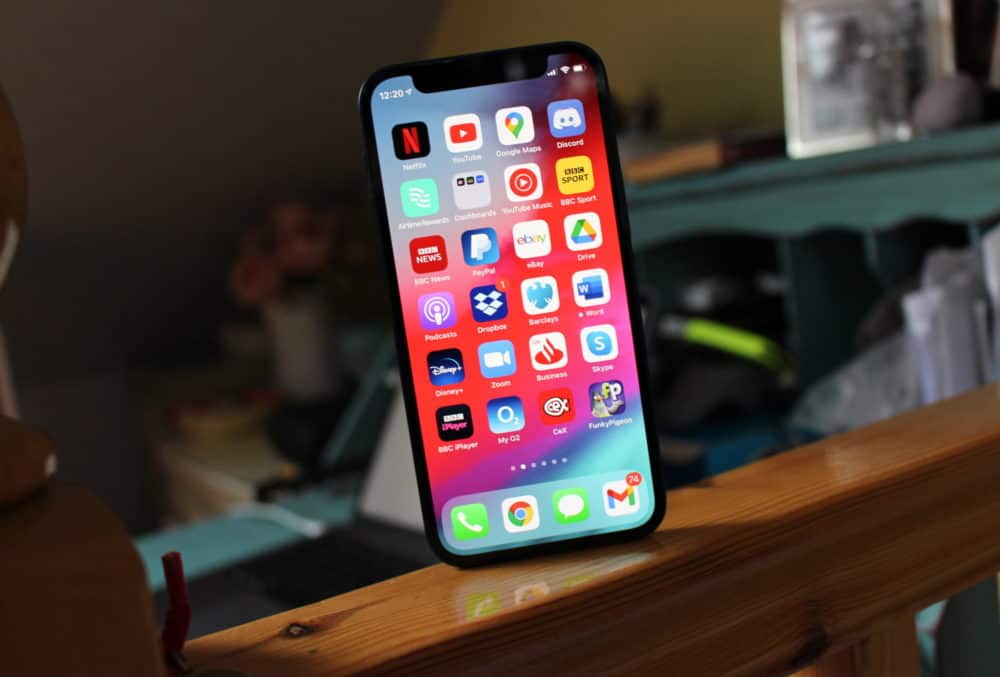 It’s unusual, then, to see the company also embrace the opposite end of the market with the iPhone 12 Mini, the smallest device Apple has released since the original iPhone SE, which was based on the design of the iPhone 5.

However, unlike Sony and Samsung, which have equipped their ‘Mini’ phones with weaker processors and lower specs, the iPhone 12 Mini is almost on par with the rest of the iPhone 12 lineup. Does this pint-sized marvel really offer an acceptable experience when you consider its diminutive dimensions? Is it worth going back to a small-scale phone in this age of pocket-busting behemoths? We’re about to find out.

Apple’s design philosophy remained largely unchanged for years until the recent release of the iPad Pro, which dropped the rounded edges in favour of flat sides, like those seen on the iPhone 4 and 5. The iPhone 12 range also embraces this “new” design, and it’s certainly a welcome change after seeing several iPhone variants with almost identical case designs. It does arguably make the phone less comfortable to hold because those sharper corners can dig into your fingers, but this could all be down to personal preference; if you liked the iPhone 4 and 5, then you’ll love this blast from the past.

The frame of the phone is metal, as you might expect, with the rear panel constructed from glass, which allows the phone to charge wirelessly. The power button on the right-hand side is quite large, while the volume buttons and silence switch are roughly the same size as usual. On the bottom, you’ll find the usual Lightning connector (no USB-C on the iPhone, yet). 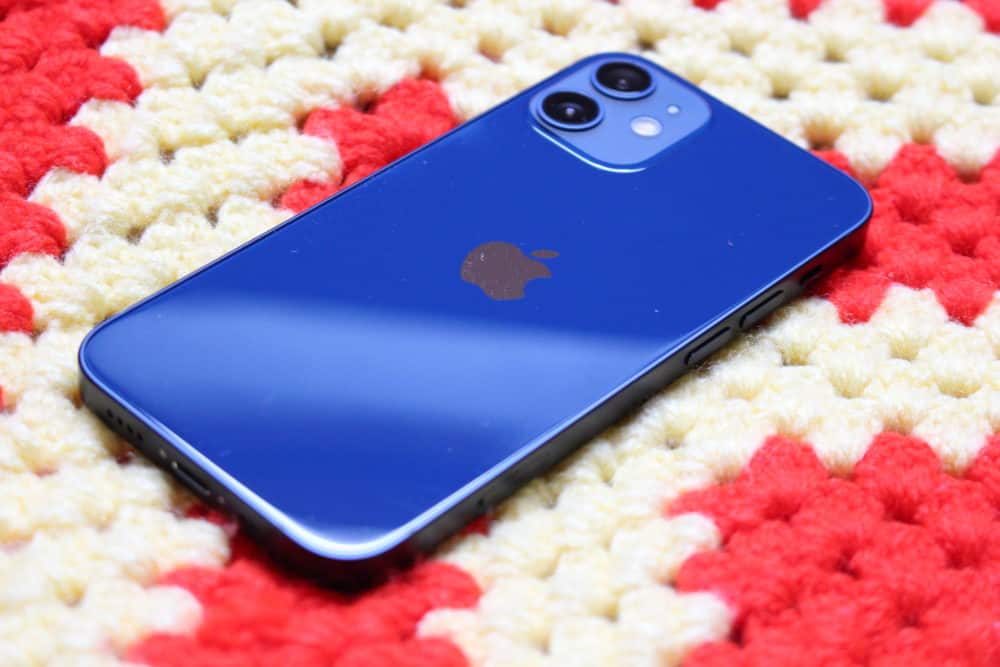 Weighing just 135 grams, the iPhone 12 Mini certainly feels light, and the smaller size is perfect for those who like to be able to use their phone with just one hand. If you don’t possess massive, basketball player-like hands, then it’s definitely a more comfortable device to use for prolonged periods.

The phone comes in five different colours: black, white, green, blue and “Product Red”. You don’t get a charger in the box, thanks to Apple’s (very noble) drive to cut down on waste. You can use your existing iPhone charger, and the phone comes with a Lightning-to-USB-C cable, which is only going to be of use to those who already own a USB-C charger. There aren’t any headphones in the box, either.

Apple’s MagSafe system comes as standard and uses magnets to help secure accessories, such as cases and wireless chargers. It works well enough, but it’s hardly a reason to upgrade on its own.

With both the iPhone XR and the iPhone SE 2020, Apple opted to use cheaper LCD screens, setting those phones apart from other devices in the line, which shipped with fancy OLED panels. With the iPhone 12 series, the company has dropped old-fashioned LCD tech and has gone all-in with OLED, and that includes the iPhone 12 Mini.

The handset has a Super Retina XDR OLED with a resolution of 1080 x 2340, which gives an impressive 476 pixels per inch pixel density. OLED panels deliver brighter colours and deeper, more convincing contrast, and the panel on the iPhone 12 Mini is no exception. It even supports HDR10, for content that has it enabled. 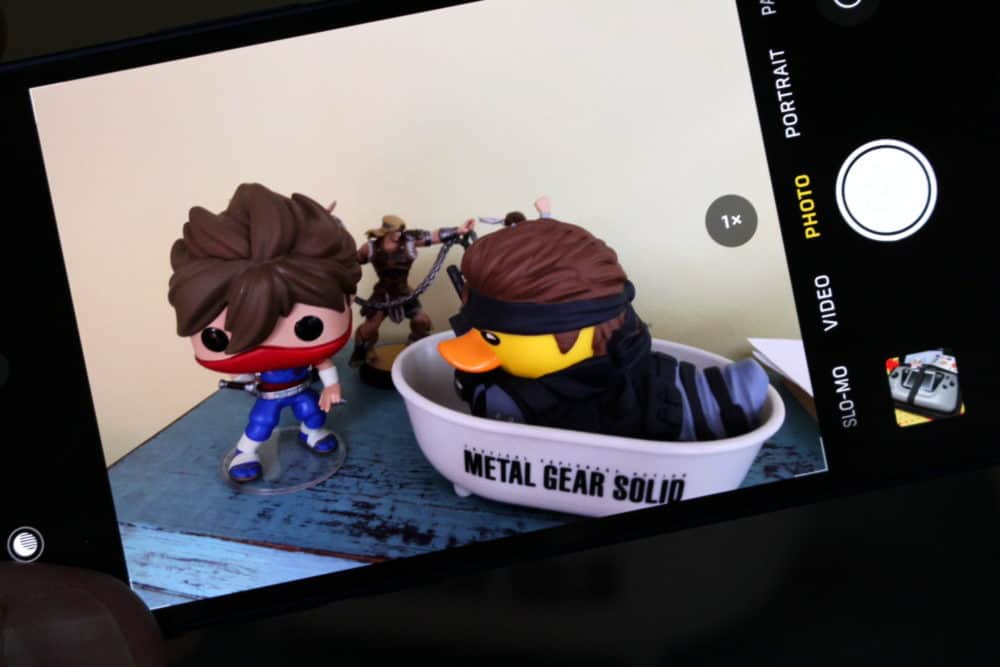 We know what you’re thinking: how good can a screen like this possibly be on a phone that’s so tiny? Well, despite the fact that it’s actually smaller in footprint than the iPhone SE 2020, the iPhone 12 Mini has a larger screen – 5.4-inches, to be precise. That might not sound like a lot in this day and age, but because it’s an edge-to-edge display, it never feels like it’s too small for regular use.

The only real downside is that Apple has stuck with a 60Hz refresh rate at a point when a lot of Android handsets are boasting 120Hz. Existing iPhone users probably won’t mind this all that much, but if you’re coming from a phone which already offers such a screen, you might notice that things look less smooth here.

Industry conventions might lead you to assume that “Mini” means “weak”, but Apple has packed in the same A14 Bionic chipset which powers the rest of the iPhone 12 line – so you’re getting the same power here as you’d get inside the iPhone Pro or Pro Max. The only downside is that there are only 4GB of RAM, compared to 6GB in the other models, but we didn’t notice the phone struggling at any point.

Another big selling point of the iPhone 12 line is the fact that these are the first iPhones to showcase 5G capability, and that’s a real boon if you’re keen to get the best possible download speeds from your device. Apple has wisely waited for 5G to become more common, but even so, it’s still fairly limited, at least in the UK. Unless you’re in a major city or town, you’re unlikely to benefit (you might even struggle to get 4G where you happen to live). Still, at least with the iPhone 12 Mini, you’re future-proofed, and networks are rolling out more and more coverage as time goes by. 5G is certainly worth making a fuss about, too; the speeds we got (when we were able to get a 5G signal) were faster than our home broadband connection.

Sadly, such raw power comes at a cost. The iPhone 12 Mini is reported to have a 2227mAh power cell inside, which, despite the small screen, is pretty tiny compared to other 5G devices on the market. Using 5G does have an impact on the phone’s stamina, and it also makes it run quite hot, too.

Because of this, you’ll be lucky to get to the end of a day of heavy use with juice in the tank. Fast-charging mitigates this a little, but it could well be that for power users, the iPhone 12 Mini isn’t going to be up to the task of staying by your side for an entire day.

While the low-cost iPhone XR and iPhone SE 2020 were stuck with a single camera, the iPhone 12 Mini has two – and offers pretty solid image-capture talents as a result. Both snappers are of the 12-megapixel variety, with a standard wide-angle lens and a super wide-angle variant. We’ve loved super wide-angle snappers for years, and we’re pleased that an entry-level iPhone now comes equipped with one. 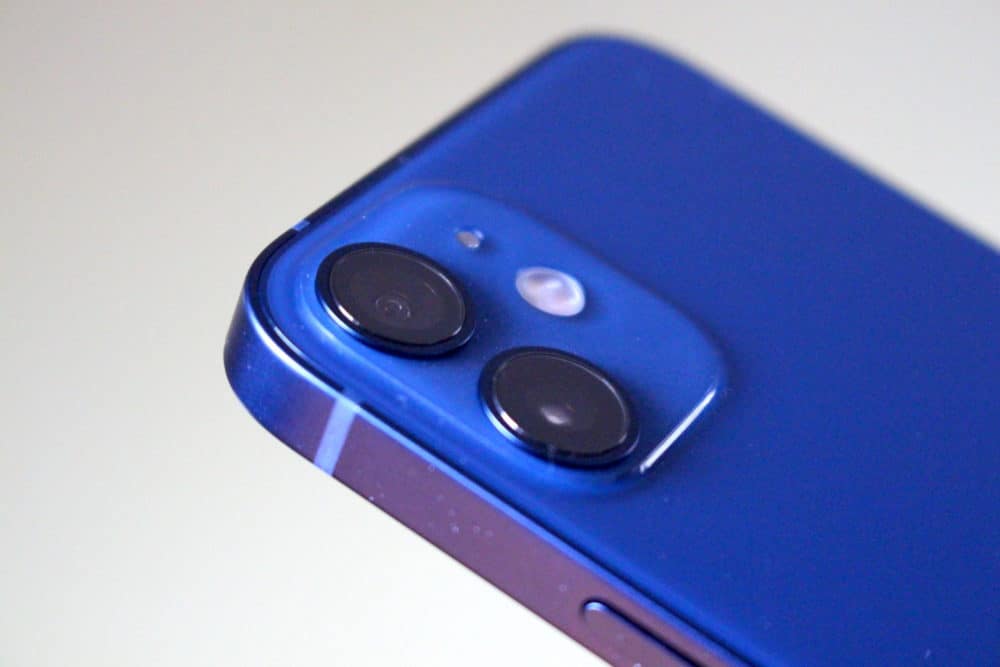 While the resultant images hardly look natural, it does allow you to fit more information into a single shot, which is great when you’re taking photos of groups of large people (not that we’re doing much of that at the moment, given that the world is in lockdown due to COVID-19).

It’s a shame that a third zoom lens isn’t included – as is the case in the “Pro” models – and this means that you can’t zoom in on objects without losing some detail, as the phone has to perform the process digitally rather than with a proper telephoto lens.

Image quality is stunning throughout, thanks in part to Apple’s Smart HDR 3 system, which uses processing grunt and AI to enhance images as you take them. The phone also comes with a robust Night Mode option that handles low-light shooting brilliantly; the catch is that you sometimes have to hold your phone very still for a few seconds to capture the shot.

Video capture is just as impressive, with 4K supported all the way up to 60 frames a second. Dolby Vision HDR is supported, and it offers punchy colours and amazing detail.

Thanks to Box.co.uk for supplying the iPhone 12 Mini used in this review.