Apple’s iPhone has developed MASSIVELY over the past decade, adding in faster processors and bigger screens. But it’s not until you look at ALL the iPhone models that have been released, do you see just how far we’ve come since 2007…

The Specs For Every iPhone Ever Released… 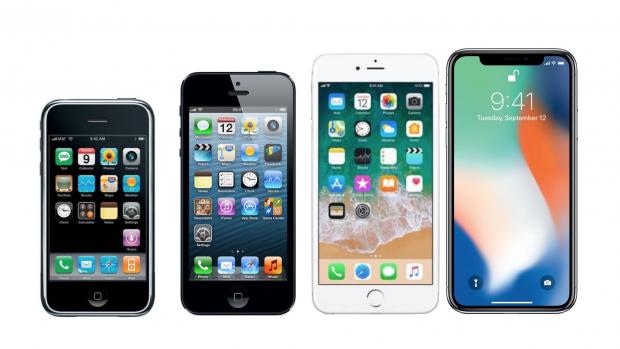 It’s been almost eleven years since Apple introduced the iPhone. The device is arguably Apple’s most important product ever (though some will argue the iPod was more important, or the original Mac).

It’s certainly the company’s most popular product. The iPhone first came out in 2007 and since then it has set the standard for the smartphone market. Here we look at how the iPhone has evolved since its first release.

Though every iPhone generation builds upon the last, so each is different, the easiest way to tell iPhones apart just by a glance is by screen size, so we’ll group iPhone eras together by that metric. 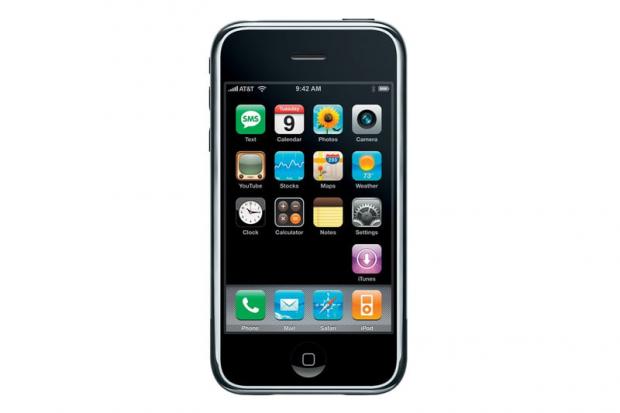 The original iPhone launched on June 29, 2007 and featured a 3.5in display. The slogan for the device was “This is only the beginning”–and boy was Apple right. While the original iPhone was revolutionary for its time, by today’s standards it was archaic. It didn’t even offer 3G connectivity and only has a 2MP camera.

The iPhone 3G, released a year later, improved upon the original by adding 3G connectivity and boosting the minimum storage to 8GB. It also featured a redesigned polycarbonate plastic housing, which replaced the aluminum backing of the original iPhone. While this was a design tradeoff, the cost savings allowed Apple to reduce the phone’s retail price by half.

The iPhone 3GS followed a year later. For those wondering, the “S” officially stood for “speed”. And that’s what this iPhone offered–mainly internal speed improvements. Though this model did also boost the rear camera to 3MP and increase the max storage to 32GB.

The following iPhone 4 is considered by many as the best-designed iPhone ever. It features an all-glass body that gave it a unique shine for its time. It was also the iPhone that introduced the Retina Display–a major advancement at the time. This iPhone was also the first to use Apple’s A-series chipset (with the Apple A4) and add a front camera for FaceTime video calls.

The iPhone 4s came next. This was mainly an internal spec bump over the iPhone 4. Here the “S” stood for “Siri”, Apple’s then-new digital voice assistant. The 4S also featured a huge rear camera boost to 8MP.

iPhone: The 4in Era 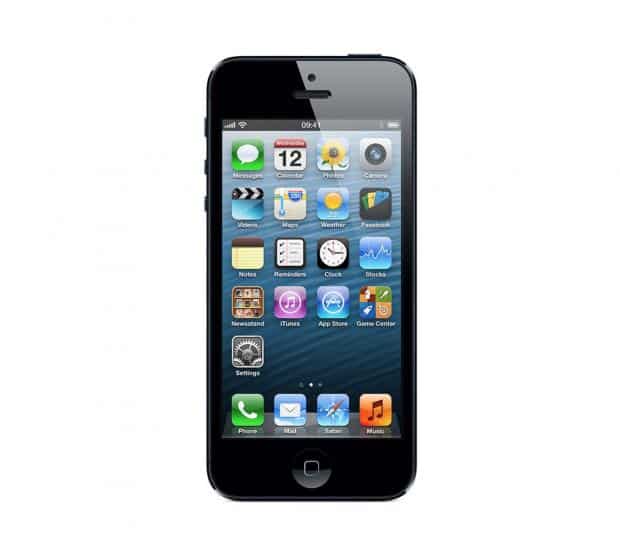 The iPhone 5 debuted in 2012 and it was Apple’s first smartphone with a display larger than 3.5in. The 4in display felt massive at the time. The iPhone 5 also had a redesign with a return to the aluminum body. It was also the iPhone that ditched the old Dock connector in favor of the lighting cable.

The following iPhone 5s retained roughly the same design but introduced two major enhancements: the Touch ID fingerprint reader and the A7 chipset–the world’s first 64-bit processor in a smartphone. At the same time, Apple also unveiled the iPhone 5c, with “C” standing for “Color”. The device featured a hard-coated polycarbonate shell that came in multiple bright colors.

The next year Apple unveiled the iPhone 6 (discussed below) but also the iPhone SE. The iPhone SE retained the 4in display but included many of the features of the larger iPhone 6.

MORE: A Brief History of The Apple Watch: How It Became The World’s #1 Wearable… 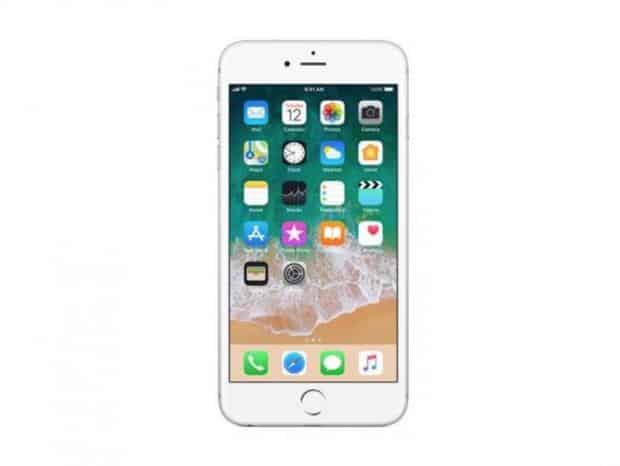 In 2014, Apple broke with its tradition of only releasing one flagship iPhone and released two. The iPhone 6 saw a screen-size boost to 4.7in and the iPhone 6 Plus saw a screen size of 5.5in. Both phones also featured Apple Pay and major speed improvements.

The following year Apple came out with the iPhone 6s and iPhone 6s Plus. The big improvements here were the 12MP rear camera and the 3D Touch display–a display capable of sensing how hard a user pressed it.

In 2016, Apple unveiled the iPhone 7 and iPhone 7 Plus . This lineup was generally considered a disappointment as it broke Apple’s tick-tock cycle of introducing new designs every two years. The iPhone 7 and 7 Plus largely looked the same as the 6s series. However, the iPhone 7 Plus did offer a first: a dual-lens rear camera system.

In 2017, Apple again kept with the relatively same form factor and released the iPhone 8 and iPhone 8 Plus. However, this model did feature an all-glass back and wireless charging as well as many of the internals that the iPhone X has. 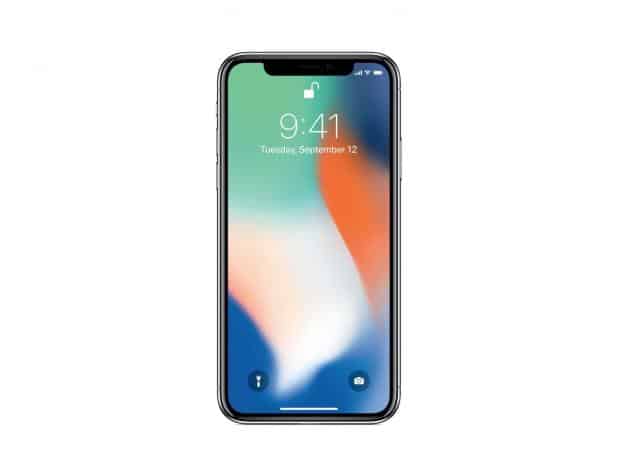 Also in 2017, Apple introduced the iPhone X. This phone boosted the screen size to 5.8in and, more importantly, ditched the physical Home button in favor of an all-screen design. It is arguably Apple’s most radical iPhone ever due to its new entirely gesture-based interface (because of the lack of the Home button). It’s also the iPhone that sets the stage for the company’s next 10 years.

Apple followed the iPhone X with another 5.8in iPhone in 2018. This one was called the iPhone XS. Most recently in 2019 Apple got back to a more sane naming convention with the debut of the iPhone 11. While the iPhone 11 Pro looked almost identical to the iPhone X and iPhone XS, it was the first iPhone to add a triple-lens rear camera and a frosted glass back.

MORE: A Brief History Of The iPad – It’s Still The World’s #1 Tablet 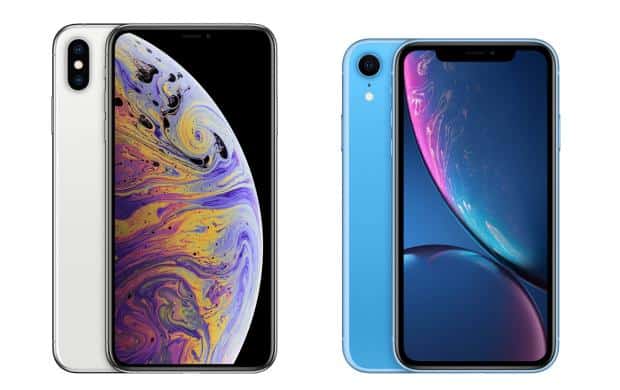 2018 saw Apple go even bigger than the 5.8in iPhone X. That year the company introduced two completely new iPhones. First up was the iPhone XS Max. This is by far the biggest iPhone Apple has ever made measuring at 6.5in. It is, without a doubt, a phablet.

The iPhone 12 is Apple’s 2020 iPhone release. The flagship models, the iPhone 12 Pro and iPhone 12 Pro Max, are the most expensive. Apple added a new model into the mix in 2020 as well in the form of the iPhone 12 Mini, the smallest iPhone it has released in years – that phone has a 5.4in display.

If you want the best performance when it comes to imaging, you’ll have to pony up for the iPhone 12 Pro Max; it has the most advanced camera Apple has ever created. The Pro Max has some key differences in this department too, even when compared to the iPhone 12 Pro.

The iPhone 12, the basic model, will almost certainly go on to become the best selling model, though we expect plenty of sales for the iPhone 12 Mini – people love a good small phone!

So which is the best iPhone you can buy right now? Well, it’s NOT the current flagship model. Not for value for money, anyway. Check out our Best iPhone Guide for all the details…

Wanna Save 40% on iPhones, iPads & Macbooks/iMacs? Check Out Gazelle!