Should You Buy A VIVO Phone? PROS & CONS (For Potential Buyers)

VIVO is a Chinese phone brand that, like Xiaomi and RealMe, specialises in high-spec, low-price Android phones. But should YOU buy one? Let’s investigate…

Nobody likes £1000 phones. Apple figured this out back in 2018 (hello, iPhone XR), and Samsung is now learning the hard way with worse than expected sales of its Galaxy S20/Note 20 series.

Cheap used to mean crap when you were talking about phones. But this is no longer the case; just look at the Pixel 3a and the Pixel 4a.

And the reason? Yep, you guessed it: price.

And if you’re after value for money, great specs, and alarmingly low prices, VIVO is a brand you’re going to be hearing about more and more, especially following the release of its INSANE X60 Pro+ phone.

But remember: you heard about them first here!

VIVO is an independent company and does not belong to any parent company. And if you’ve been watching the UEFA Euro 2021, you will have seen its name – VIVO is a major sponsor of the tournament.

We invest in our own R&D and product development resources and do not share with any brand in both software and hardware development.

It has a team of almost 10,000 people working in nine R&D centers in Asia and the USA.

When it comes to the historic background, BBK Electronics was founded in 1995, and the company comprised three business divisions – Audio-Video, Communications, Education Electronics.

BBK is a big deal, both in the West and in China. Next to Samsung and Apple, it is probably the most influential phone manufacturer operating today.

In fact, BBK is now bigger than both Apple and Huawei with respect to overall smartphone shipments. As of May 2020, BBK had shipped over 250 million phones. The only brand currently doing better is Samsung.

Not bad for a company most people have never heard of, right?

VIVO makes and sells A LOT of phones. Like Xiaomi, it has many sub-brands that target different types of user and price points – from its X50 to its V20 and the IQOO 5 Pro models.

VIVO was quick to adopt 5G, includes multiple camera lens on nearly all of its phones, and isn’t afraid of offering plenty of storage – most VIVO phones come with 128GB of internal storage.

So what are the best VIVO phones right now? Its latest and greatest would be the VIVO X60 and X60 Pro – these are flagship phones, however, with flagship prices to match, although you will be considerably less than you would for a comparable Samsung phone.

Below is a quick breakdown of VIVO’s current best-selling phones.

We’ve looked at some of the most popular VIVO phone models. But what are the actual PROS and CONS of buying and using a VIVO phone? Let’s delve into what makes these phones so popular.

The main reason people buy VIVO phones is that they are cheap. With a VIVO phone, you’ll also get access to killer specs and features too. Like Xiaomi, VIVO is all about delivering BIG specs at low price points.

VIVO also has a phone to fit any budget – from ultra-budget to higher mid-range phones. Essentially, if you’re looking to spend less than $300 on a phone, and you don’t want a Pixel 4a, VIVO has a huge selection of potential options for you.

The cost of VIVO phones is the #1 driving force behind the brand’s popularity in places like India and Indonesia. Demand for low-cost, high-performance phones in these places is enormous. And this is why VIVO and Xiaomi, not Apple, are clearing up all the profits in these countries.

Again, when it comes to VIVO phones, you aren’t really missing out on specs – regardless of where you go in the range. Even its cheapest phones have very competitive specs. You’re talking great cameras, plenty of RAM, and more than enough internal storage.

The beauty of VIVO phones, from a western perspective, is that you can access things like quad-lens cameras and 5G connectivity for A LOT less than you can with more “traditional” phone brands like Apple and Samsung.

For instance, take the newly launched VIVO NEX 3S 5G, the company’s latest (and first) Snapdragon 865 phone. The VIVO NEX 3S 5G packs in a TON of killer specs (12GB of RAM; 512GB of storage; support for 5G), a pop-up front-facing camera, and it retails for around $700.

Now, $700 is a lot of money. But it is still a good $300 cheaper than Samsung’s Galaxy S20, its nearest rival with respect to specs and hardware.

And if you need something cheaper from VIVO, that still has flagship chops, it has a bunch of other, cheaper options too like the VIVO V20 which launches in October 2020.

#3 – Advanced Camera Modules On A Budget

Apple makes you pay a premium for having multiple cameras on the rear of your phone. Samsung’s best camera phone is its Ultra model. And OnePlus doesn’t sell cheap phones anymore.

If you’re looking for a phone with a badass, multi-lens camera on its rear, and you don’t want a Pixel 4a, currently our #1 pick for camera phone performance, then the next best thing is something from either VIVO or Xiaomi.

VIVO, like Apple, knows that imaging is super important in 2020’s market. For this reason, it has outfitted all of its latest releases with either dual, triple, or quad-lens cameras, including things like ultra-wide-angle lenses, telephoto lenses, and things like OIS and macro.

Obviously, the higher up the range you go, the better the camera tech is. A flagship model from VIVO will wipe the floor with one of its more budget-focused handsets. But even budget VIVO phones don’t disappoint in the imaging department.

If you want 5G on your phone, but you don’t want to pay a premium, again, VIVO has plenty of options for you. You can pick up a 5G phone from VIVO for less than $200 – very impressive stuff.

As 5G progresses, getting more and more users connected is key. The benefits of 5G, especially in emerging countries like India and Brazil, are enormous. In places like this, 5G can and will be a game-changer for many people, enabling new businesses and the ability to scale existing ones quicker.

VIVO correctly spotted a trend for cheap 5G phones and has gone about servicing the niche for the last 12 months. The VIVO Z6 5G, for instance, retains for around £300 and packs in some other killer specs too.

VIVO makes and releases a TON of new phones every year, across a range of price points – from ultra-affordable to flagship-grade. If you’re based in places like India or Brazil, VIVO has great distribution with those region’s phone networks, so accessing an array of potential options is simple.

If you’re in the UK or USA, you can use places like GearBest or BANGGOOD to buy VIVO phones. If you’re looking to save money, want 5G, and want to own your phone outright, pickup up a VIVO phone could be just the way to do it – you have a lot of potential options to choose from.

As you can see from the above list, there are plenty of reasons to buy a VIVO phone in 2020 and beyond. But what are the downsides? What are the kinds of things you should keep in mind? Let’s now take a look at the negative side of VIVO phone ownership.

Cheap phones don’t tend to last as long as their more expensive counterparts. For instance, if you bought an iPhone 11 today, it will get iOS updates until well into the late-2020s and the phone itself, thanks to its market-leading engineering and premium components, will remain largely functional for at least the next 6-8 years.

With cheaper phones, this just isn’t the case. With a sub-$200 Android phone, you might get two years of usage before things start to go downhill – maybe less.

The reason for this is simple: the components used in the phone aren’t as good quality like the ones used inside iPhones (or more expensive Android phones) and the engineering isn’t quite as good.

And while they are cheaper, sometimes buying cheap ends up costing you more in the long run. Ever heard the phrase, if you buy cheap you buy twice?

Well, it’s a saying for a reason!

That’s not to say VIVO phones aren’t good quality; they really are – especially if you go for its flagship and mid-range options. From around 2018 onwards, VIVO’s quality control and finesse improved dramatically. It now makes some of the most durable and reliable phones on the market at this price point.
Personally speaking, I’d much rather use a VIVO phone than a comparable Xiaomi phone.

With VIVO, many of its new phones run Android 10, which is great. But will they get Android 11? That’s the kicker. And it is something you need to get right with before you pull the trigger on one. If you go with an ultra-cheap model, chances are you won’t get Android 11.

Go with the VIVO NEX 3S 5G and, yeah, you’ll most likely get Android 11. But that’ll probably be it – all bets are off when it comes to Android 12. And if I were a betting man, I wouldn’t bet on it happening.

This issue isn’t unique to VIVO, however; all Android phones, save for Google’s Pixel phones and certain Samsung phones, suffer from poor software support. It’s just that the problem tends to be worse with cheaper phones, as OEMs like VIVO aren’t willing to support cheaper, older models.

The latest VIVO flagship is the VIVO NEX 3S 5G. VIVO launched the VIVO NEX 3S 5G on March 10 in China. The handset is now available to buy in Chinese markets and in the UK/USA via specialist retailers like BANGGOOD and GearBest.

Here are the specs for the VIVO NEX 3S 5G:

Should You Buy A VIVO Phone?

This will depend on a range of factors. If you’re looking for a phone that won’t break the bank, possesses decent specs, and has a good camera, then, yes, VIVO phones are most definitely worth a look.

As noted throughout this post, VIVO makes and sells A LOT of phones. As someone that is relatively new to the brand, I actually found the number rather overwhelming – you have options for literally every type of user and price point.

I do really like the look of the VIVO NEX 3S 5G, and I cannot wait to test that phone out. I also like that VIVO makes a bunch of sub-$200 phones that pack in a ton of specs and utility. I think if you’re in the market for big value for money, you should definitely be including VIVO on your list.

Most people think it is only Xiaomi that does truly cheap Android phones with great specs. But that is no longer the case. You now have brands like RealMe and VIVO to consider. And both, I’d argue, are actually better than Xiaomi in many, many ways. 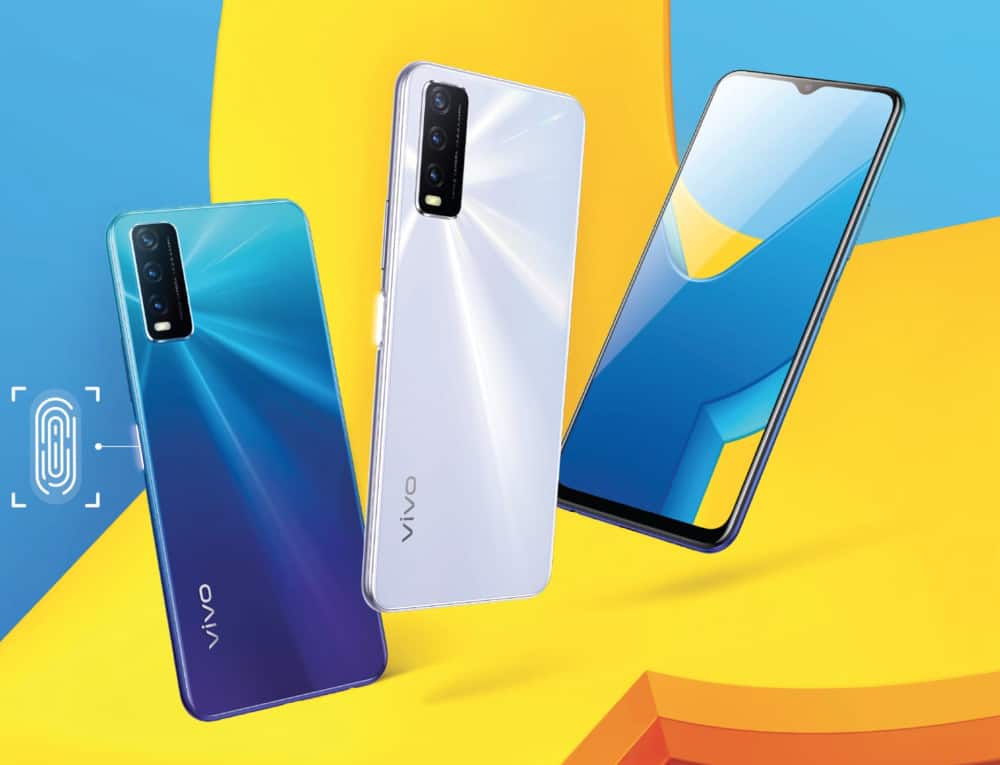