5G is now rolling out in the UK and this changes everything. But what are the best 5G home broadband routers? Let’s investigate the current options…

If you want to get off your current broadband setup, embrace 5G, and potentially save some money in 2020, switching to 5G broadband could be just what the doctor ordered.

5G is NOT just for phones, either.

Because of the speed of 5G, it can (and most likely will) replace traditional broadband in your home.

And this isn’t something that will happen in a few years – it’s already taking place here in the UK.

And in the US, you have services like Verizon FIOS.

And these 5G routers are simple to set up, do not require an engineer to come to your home, and are completely wireless, meaning you can move them (and take them) wherever you like.

In this post, we’ll take a look at the current, top-rated 5G home broadband routers from the UK’s best networks. We’ll also look at how much data plans cost and which is the best to go for overall.

Because 5G is still an emerging standard, your options are fairly limited right now when it comes to wireless home routers.

Mostly, it depends on where you live.

In order to get one of these 5G home broadband routers, you need to be an area that has 5G coverage.

Before signing up for one, you will have to enter your postcode to see whether your area is supported – don’t worry, it takes a couple of seconds.

If you have 5G in your area, you simply progress through to check out.

If you don’t, sign up for updates from the network and be patient – 5G will be pretty much everywhere in the UK soon enough.

When it comes to 5G coverage, EE, the UK’s largest network, is leading the way. Its 5G home broadband plan is currently our #1 pick for this very reason. With EE, you’re more likely to have coverage in your area and, thanks to the network’s outstanding infrastructure, you’ll get the best possible coverage too.

EE’s 5G broadband plan is really simple too, as there’s just one: it costs £70 a month with a £100 upfront fee. You get 1000GB of data per month, more than enough for even the most hardcore web users, and the plan runs for 18 months.

With EE 5G Broadband, you’re looking at average speeds of 150Mbps inside your home. Impressive when you consider the average speed of UK broadband right now is around 22.4Mbps, according to ISP Review.

EE’s wireless 5G broadband router is also a rather fetching-looking device too. Build from attractive white plastic, it’ll sit anywhere in your home and not look out of place, thanks to its modern, sleek design language.

Built and designed by Huawei, EE’s wireless 5G router is completely wireless. You DO NOT need a phone line to run it, nor does it require an engineer to set it up – just plug it into your mains and you’re done. Simple, right?

On top of this, EE’s 5G broadband will also intelligently switch between 4G and 5G, so if you take the router away with you on holiday, for instance, or on a weekend getaway, you can still use it, even if the area you go to does not support 5G.

The next best option would be Three’s 5G broadband. Three UK is a great network and is currently investing billions in its 5G infrastructure. But it does not have the same level of reach as EE.

This means it is harder to find coverage for Three’s 5G in the UK at the moment. Where Three’s 5G home broadband does shine, however, is to do with its data allowance and pricing: Three does truly unlimited 5G data – and it does it for less than EE.

If your area is supported, you can pick up a 5G router from Three from £29 a month. Again, you will not need an engineer to come and set it up, and, unlike EE’s, there is no upfront cost.

I know what you’re thinking: this sounds better than EE’s offer. And in some respects, it is – Three’s is cheaper, has a lower setup cost, and offers more data for less money each month.

So why isn’t Three listed as our #1 pick for 5G home broadband? Simple: Three does not have the same level of coverage as EE, so it is harder to get on the network, and EE’s network is faster (150Mbps vs. Three’s 100Mbps).

So while Three’s is cheaper, it is harder to find coverage, my locale is not supported for instance, and even if you do manage to find 5G support from Three in your local area, you will get slower speeds than EE.

Bottom line: where it counts – coverage and overall speeds – EE has Three over a barrel at this point. Now, this could change in the coming weeks and months. But as of right now, the clear victor here is EE. Its network is bigger and faster than Three’s.

How Much 5G Data Do I Need For My Home?

The question of how much data you need for your home will depend on a variety of things. If you have a family of six, made up predominantly of teenagers that are constantly glued to their phones, then, yeah, you’ll probably need more data than somebody who lives by themselves.

The good thing about both of our top-rated 5G broadband plans, however, is that they both provide more than enough data for every conceivable type of user setting – from huge households to smaller families and single people.

Three offers truly unlimited 5G data, while EE offers 1000GB (which is basically unlimited because you’ll never use that much).

I work from home, have a small family, and we watch a lot of Netflix. Over the course of a month, I think we burn through around 300 to 400GB of data on our home network.

Having 1000GB, therefore, is more than enough for the average user and/or UK family.

In the UK, all major networks now offer (or will offer) 5G connections. Three, EE, O2, and Vodafone now all have 5G plans available for phones.

Why isn’t Vodafone’s GIGACUBE included above? The main reason is that Three and EE’s networks are vastly superior – both for overall connection quality and download speeds. Vodafone is competitive on price but that’s about it in this context.

5G Broadband vs 5G For Your Phone: What’s The Difference?

When most people think of 5G, they think about phones. This is because 5G, like 4G, is a mobile data framework. It works differently from traditional broadband in that it is distributed wirelessly by cell towers and base stations.

With mobile data, you can connect to these base stations and cell towers wherever you are. Hence the name mobile data. Why the push for 5G broadband then? Simple: 5G is A LOT faster than 4G and traditional broadband.

The upper limits of 5G’s speeds are utterly bonkers. Most agree that 5G can (and will) hit speeds of 10Gbps – that is around 20X faster than current standards. But that’s where 5G is going. And that is why it will, most likely, win out over traditional forms of broadband.

5G is basically the long-game plan for how data is consumed. By the 2030s, nearly all internet connections will be done via 5G. And by that point, we will probably be approaching those promised 10Gbps speeds.

This is why networks are now scrambling to get their networks up and running. They know 5G is going to be a massive deal in the future, so they want to get consumers locked in nice and early.

5G broadband and 5G on your phone work exactly the same and you will get similar speeds. The only difference with 5G broadband is that it runs natively inside a router and can connect to multiple devices in your home – like your TV, your tablet, your Kindle, your PC, and more.

Eventually, 5G will be in everything – from your car to your fridge. It will also be deployed on smart motorways and used to deploy information via marketing materials on signage and billboards. All of this is coming; it’s just a matter of time.

There is A LOT of crazy theories about the dangers of 5G circulating online. And they range from relatively sensible to downright insane. As with any new technology standard, there are always concerns. But you needn’t worry; 5G, like 4G, is perfectly safe.

The International Commission on Non‐Ionizing Radiation Protection (ICNIRP) recently confirmed that the type of 5G used in the UK poses no harm to humans.

“The radio frequencies 5G uses in the UK are similar to those that have been used for mobile telephones since 1998,” reports The Guardian, “when ICNIRP published its first set of guidelines for EMF exposure.”

Which Network Has Fastest 5G Speeds?

The fastest 5G speed recorded to date by a network was 478Mbps – this was achieved by Three in London. However, these speeds are NOT representative of overall speeds on the network. Three’s average speed is around 100Mbps – or, around 50Mbps slower than EE’s

Interestingly, EE did manage to get its network up to 500Mbps, still a fraction of 5G’s potential speed, but this was done in experimental settings and, again, is NOT reflective of what you’d get should you install 5G in your home.

Potentially. But not for a good long while. And the reason for this is simple: you cannot get 5G in most places in the UK. If you live in a city, Manchester or London, for instance, you’ll be able to get 5G and unlock its speeds.

If you live anywhere else, meaning outside a major city, 5G broadband simply will not be available to you right now. As we move into 2020 and beyond, this situation will obviously change as 5G becomes more prevalent.

By the mid-2020s, the number of 5G broadband users will have dramatically increased, however, traditional forms of broadband – the type you get from BT, Sky, and Virgin – will still be what the vast majority of users have installed in their homes. 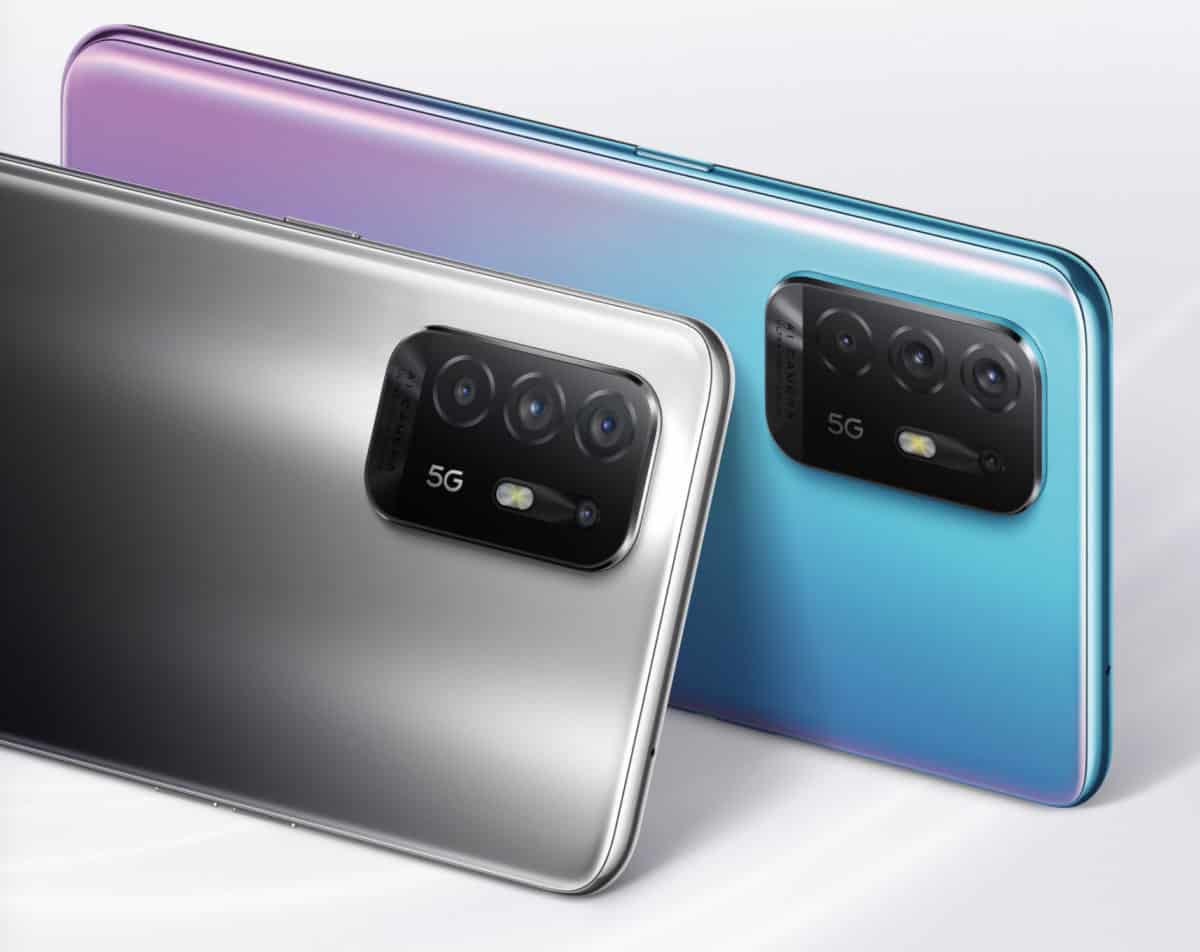