Qualcomm’s Snapdragon 865 CPU can be found in many of 2020’s top-tier flagship phones. It’s powerful but expensive. And this is why LG and Google are turning to the cheaper Snapdragon 765G. But what’s the difference between these two chipsets? Let’s investigate…

The Snapdragon 865 and Snapdragon 765G launched on December 19, picking up where last year’s platform left off. The two new CPUs were designed with a few things in mind: improved performance, better image processing, and 5G connectivity.

The 865 is the true flagship chipset; it’s already being used inside the Galaxy S20 and the Black Shark 3. And the reason is simple: the 865 delivers blistering performance, support for 5G, and an impressive GPU that makes short work of 120Hz displays and gaming. And in 2021, it will be replaced by the newly minted Snapdragon 888.

Case in point: the new Pixel 5 runs on the 765G, not the 865. And this is one of the reasons why Google was able to reduce its price so much.

So what’re the main differences between the Snapdragon 765G and the Snapdragon 865 CPUs? Let’s first take a look at the specs for both chipsets first in order to better understand how they’re different

The Main Differences (And Why They Matter)

From a gross performance perspective, this will make a difference. Whether you’re talking about banal tasks or high-end gaming, the Snapdragon 865 is the more capable SoC – and this is why it is more expensive. In the real world, the difference might be more subtle which is why Google is opting to use the 765G inside its Pixel 5. Still, from a pure spec basis, the 865 has the 765G well and truly whipped.

Both the 865 and the 765G support 5G, as noted in the introduction to this post, but the 865 integrates its modem (Snapdragon X55/X60) in a drastically different manner than the 765G. The Snapdragon 765G has its 5G modem (Snapdragon X52) contained within the actual chip itself, whereas the 865 requires that OEMs install a separate 5G modem off-board.

The upshot of the 765G’s way of doing things is that it is more power efficiency; everything is located on a single board and this makes for less of a thermal footprint which, in turn, means better thermals and less pressure on battery life. The downside is that the 865 can deliver faster 5G speeds because it is using a separate but more powerful modem in the form of the Snapdragon X55/X60.

How much faster is the Snapdragon X55/X60 than the X52? As you can see in the table above, the X55/X60 is almost twice as fast when it comes to download and upload speeds. And that’s significant whichever way you slice it, so definitely something to keep in mind as we move forwards and 5G becomes more commonplace.

Qualcomm designs these chips, but it uses third-parties to actually make them. In this context, you’re looking at Samsung and TSMC. The 865 comes via TSMC’s 7nm fabrication process, whereas the 765G is built by Samsung’s EUV-based 7nm fabrication.

This stuff is extremely complex, so I won’t bore you with the details, but Samsung’s EUV-based 7nm process has been shown to consistently provide better overall power efficiency (it’s more precise, essentially), so this is one area where the 765G might have an edge over the 865, albeit a rather minor one.

“With the introduction of its EUV process node, Samsung has led a quiet revolution in the semiconductor industry,” said Charlie Bae, executive vice president of the foundry sales and marketing team at Samsung Electronics.

“This fundamental shift in how wafers are manufactured gives our customers the opportunity to significantly improve their products’ time to market with superior throughput, reduced layers, and better yields. We’re confident that 7LPP will be an optimal choice not only for mobile and HPC, but also for a wide range of cutting-edge applications.”

The 865 uses Qualcomm’s latest GPU and this brings with it quite a few advantages. You have full support for Qualcomm’s Elite Gaming features, as well as higher clock speeds and Desktop Forward Rendering. On top of this, the Adreno 650 GPU’s drivers can also be updated as well (and this is the first time this has ever been possible).

The Adreno 620 is still a fairly decent GPU, but it does lack some of the more advanced features that you get with the Adreno 650. The most notable of which is the updatable GPU drivers and Qualcomm’s Elite Gaming suite of tools and functionality. The 620 is still 20% faster than its predecessor, however, and that GPU was no slouch either.

If you’re into your mobile gaming and intensive apps, the 865 is, once again, the clear winner here. You get the best specs and applications for gaming, the highest clock speeds, and support for updatable drivers. If you’re big on mobile gaming, you will want to be running a phone with the Snapdragon 865 inside it.

ISPs (Image Signal Processors) are important for a variety of reasons. They allow your phone to capture images, for one, but they also affect how quickly your phone’s camera operates and processes images. Without an ISP, your phone simply wouldn’t work.

And because camera tech is advancing so quickly, new ISPs are required every year in order to handle the workload created by the ever-increasing number of lenses on modern smartphones. The 865, as you’d expect, runs the most advanced ISP Qualcomm makes right now; it’s called the Spectra 480 ISP.

The Snapdragon 765G runs the older Spectra 355 ISP, and there are some marked differences in how these two ISPs function and handle workloads. The most notable advantage the Spectra 480 ISP has over the Spectra 355 ISP is the speed with which it can process images and data – it can handle 2 Gigapixels per second.

On top of this the 865’s Spectra 480 ISP supports Dolby Vision video capture, 8K video recording, lens up to 64MP, and it can capture 200MP photos. You also have full support for HDR 4K video capture. The 765G will do 8K video, but it is slower and cannot handle higher megapixel images or video in the same manner as the Spectra 480 ISP.

The 865 features Qualcomm’s 5th generation AI Engine which can deliver 15 TOPS of performance – 2X that of its predecessor. The AI is powered by Qualcomm’s Hexagon Tensor Accelerator which is 4X as powerful as its predecessor and 35% more power-efficient.

What does this mean for you? Quite a lot as it goes. The Hexagon Tensor Accelerator makes things like real-time language translation a reality. You can even translate your voice into text too or get it translated into another language entirely. It also ensures better voice recognition which can, in turn, be used by developers when they’re deploying updates to their applications.

DEAL OF THE DAY: 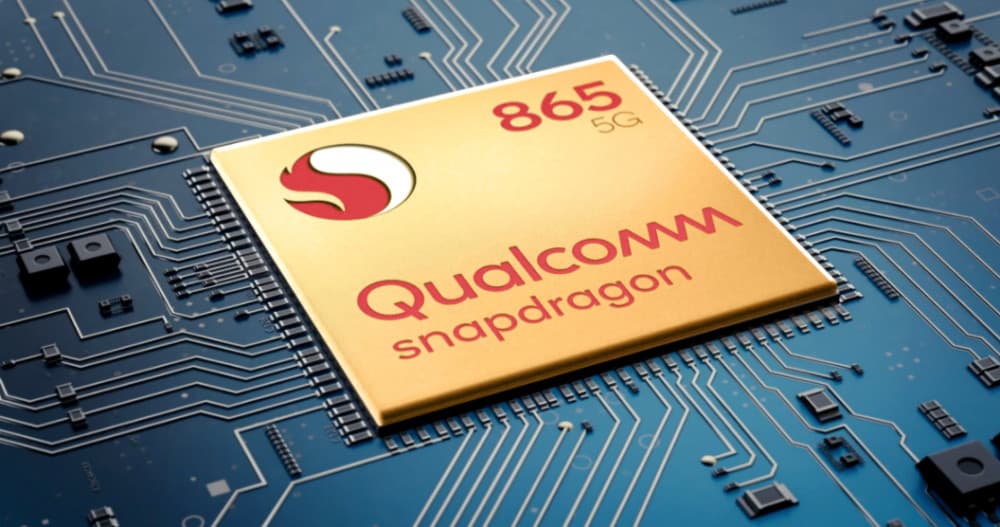