Samsung Galaxy S20 Sales Sucked… Will The S21’s Too?

When most people think of a mobile phone, they immediately think of either one of two companies: Apple with its iPhone or Samsung. But the difference between Apple and Samsung’s phone business is massive (and not just with respect to overall sales for flagship models). 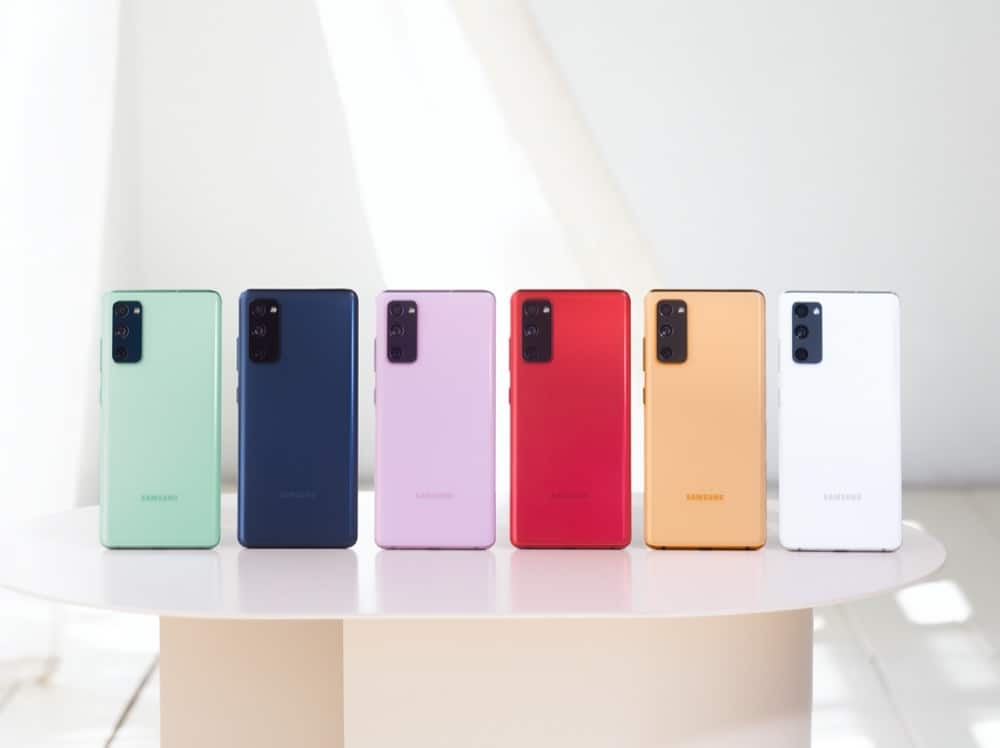 Samsung makes and sells a mobile phone at literally every single price point; from £100 to £2000, Samsung has a phone for just about every budget and style of user.

Apple, meanwhile, makes a select few phones that are all relatively expensive. The iPhone SE 2020 is the cheapest. But Apple keeps older models around (the iPhone XR, for instance) for users looking for “cheaper” models.

The Galaxy S20 was a massively hyped phone, generating hundreds of thousands of Google searches every month. But sales for the handset, launched at the beginning of 2020, make for pretty grim reading.

Especially when compared to how well its Galaxy A series does.

According to M Science, Samsung has sold fewer and fewer units of its flagship phone – the Galaxy S10 and Galaxy S20 – every year since the release of the Galaxy S9, its last big-selling smartphone.

How bad is “bad” according to the data? Well, for the same period – the first seven weeks after release date – Galaxy S20 sales were down 50% compared to those for the Galaxy S10.

But it gets worse: Galaxy S10 sales were weaker than Galaxy S9 sales which imply weaker demand with each new update. And if you join the dots, the line does not paint a pretty picture for the Galaxy S21 which is due to get a release date in January 2021. 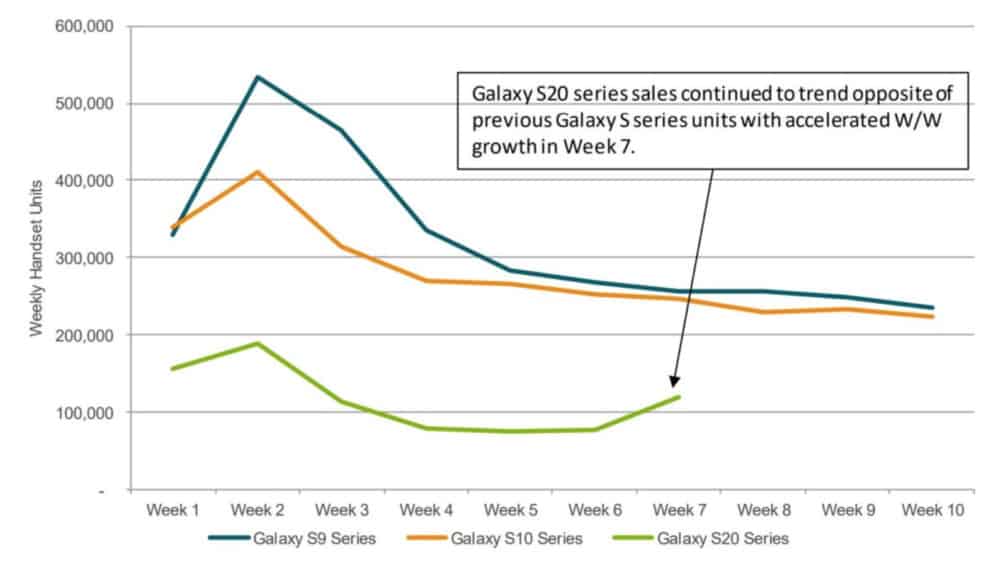 M Science’s data – which is based on “projections” not official numbers – shows that unit sales for new Samsung Galaxy S models peak during the second week after the handsets’ release date.

So what gives? People are still clearly interested in Samsung phones. They just don’t appear to be buying them. Could it be the price? Have Samsung’s high prices driven away potential customers? Let’s see how the price of Samsung’s Galaxy S phones has increased over the years.

As you can see, the last Galaxy S model that was “reasonably” priced was the Galaxy S9; it retailed for £739. That’s still pretty darn costly, but it is a flagship phone and that is a reasonably fair price for one.

This is likely why Samsung released the Galaxy S20 FE in late-2020. It did so because it needed more sales. And a cheaper phone like the Samsung Galaxy S20 FE will help shift more units.

But it would appear that the jump from £689 (with the Galaxy S8) to £899 for the Galaxy S20 was just too much for the vast majority of consumers.

How Much Will The Galaxy S21 Cost?

Nothing is official yet, but most reports seem to agree that the Galaxy S21 will start from £899. The Galaxy S21 Plus and Ultra models will be more – around £999 and £1099, respectively.

And given the state of Samsung’s Galaxy S20 sales, this does not bode well. Perhaps a Galaxy S21 FE could help fill the void? Maybe. But Samsung didn’t have to contend with 5G-powered iPhones last year and it still struggled with its flagship.

Add the 5G iPhone into the mix, as well as a host of cheaper 5G Android phones like the Pixel 5, Pixel 4a 5G, and models from LG, and Samsung’s Galaxy S21 could be in for a rough year.

Unless they reduce the price, that is – because, let’s be real, that is the ONLY real reason why people stopped buying Samsung phones.

They’re just too darn expensive. Even if they do come with 5G, great-looking design, and three year’s worth of Android updates.

Most people, especially given the current global climate, would much rather save £400 and get something cheaper – something like the Pixel 4a 5G.