The iPhone 5s was immensely popular when it came in 2013. Even now, 7 years later, you still see plenty of iPhone 5s handsets being used. But is the iPhone 5s still worth buying in 2020? Let’s take a look at the pros and cons…

The iPhone 5s was the hottest smartphone when it debuted in 2013. It was sleek, stylish, and featured new advancements like Touch ID.

Matter of fact, the iPhone 5s was so popular, Apple continued manufacturing it for three years. Even so, most people STILL don’t know what the “S” in iPhone 5s stands for…

And if you’re looking for a used iPhone, one of the most common ones you’ll find online is the iPhone 5s – its ubiquity goes to show just how popular the device was!

But in 2021, should you still use the device – is it still a functional phone or are you better off with a newer, like the iPhone XR or the iPhone XS?

Or, if you’re after a smaller iPhone, what about the iPhone SE 2020? It’s based on the iPhone 8’s design, just with Apple’s latest tech inside it (it has the same CPU as the iPhone 11 Pro Max).

Why You Probably Shouldn’t Buy The iPhone 5s

The iPhone 5s is now ancient in phone years; it came out in 2013 and, while it was very powerful for that time, seven years is a long time in the technology space.

Apple’s software support for its iPhone is incredible. But the iPhone 5s reached its end-of-life a couple of years back, meaning it no longer receives iOS updates.

This means, should you buy an iPhone 5s now, you would not get any new iOS updates – and this causes a range of issues going forwards.

As of right now, the iPhone 5s is the longest-supported iPhone to date; it received six major updates in its lifecycle.

From a user perspective, not having the latest software running on your iPhone means you miss out on new features, security patches, and important updates to how your phone interacts with the internet at large and applications.

For this reason, we can no longer recommend the iPhone 5s – it’s just too old. Even if you’re looking to jailbreak the phone, you’ll still run into issues with the phone on account of its small battery and aging A7 CPU.

Let’s take a look at some of its most important features.

Even though it’s tiny by today’s standards, the display still looks gorgeous thanks to the underlying tech.

It is VERY small though, so if you’re used to larger phones it might feel extremely tiny in your hands.

Having said that, plenty of people want smaller phones, so if you’re after something infinitely more portable than the slab-like things we now call phones, the iPhone 5s is about as dinky as it gets.

If you want a small iPhone, the best option right now – by a considerable margin – is still the iPhone SE 2020. It is cheaper than the iPhone 12 Mini and while it does lack 5G, it has more than enough performance under the hood.

The design is based on the iPhone 8’s, so you have a 4.7in LCD display that is backed up by the same processor as used inside Apple’s iPhone 11 Pro Max.

The camera isn’t great by 2021’s standards but is perfectly adequate for uploading stuff to Instagram and Facebook. If you want a better camera on your iPhone, you’ll need to go with a more expensive model like the iPhone 11 Pro or iPhone 12 Pro.

For value for money, the iPhone SE 2020 is the least expensive iPhone you can buy right now – it is WAY cheaper than the iPhone 12 Mini.

And because the iPhone 5s is now basically unusable, meaning it no longer gets iOS updates, the SE 2020 is definitely the way to go.

Or, if you don’t need an iPhone, go with one of these excellent Android phones that all retail for less than $300.

It does only offer Bluetooth 4.0 but that’s enough to work with any modern Bluetooth device.

With the iPhone 5s, you are virtually ensured that the phone will work in any country in the world provided you have a compatible nanoSIM card.

The iPhone 5s was also the first to support Touch ID. And given that the 5s does have biometric authentication, it means that – from a security standpoint – it holds up pretty well in 2020.

TouchID is also less glitchy than FACE ID too. I recently got my iPhone XS wet and the FACE ID lens got condensation in it which effectively broke the sensor, rendering it useless.

And this sucks, especially when you consider that the iPhone XS is marketed as being waterproof.

I attempted to dry it out, and it worked, but it was still out of action for a good several days. With TouchID, you’ll have no issues with this kind of thing.

iPhone 5s A7 Processor and RAM

Let’s talk about the A7 first. It’s a 64-bit ARM processor with two cores running at 1.29Ghz. The A7 was the world’s first 64-bit processor in a smartphone….and it freaking flew back then.

Nowadays, it’s not going to hold up well for the latest mobile games or video apps, but for standard email and web browsing, the A7 is more than enough.

In Geekbench tests, the A7 scored a whopping 2560 when both cores of the A7 were in use.

In addition to the A7, the iPhone 5s also features 1 GB of RAM.

Now, let’s be clear: there are plenty of smartphones out there with more RAM, and 1GB of RAM is nowhere near as much as most smartphones offer today.

However, for email and web browsing, it too is more than enough.

However, for simple snapshots, the iPhone 5s camera is going to be fine.

It also features a “True Tone” flash, which consists of an amber LED and a white LED.

The two differently colored LED flashes to allow for better pictures to be taken because the dual flash works with software algorithms in iOS to adjust the flash intensity and color temperature, meaning the iPhone 5s knows the best amount of light–and which type–to emit to let you capture the most natural images possible.

Those are tiny by today’s standards.

In fact, Apple doesn’t even make 16GB iPhones anymore. And the reason? iOS takes up about 8GB of space, and that’s almost 50% of your native storage!

The original iPhone 5s shipped with iOS 7. But what’s surprising is it runs iOS all the way up to version 12.4.5. True, it won’t run iOS 13, but a 6-year-old phone running iOS 12 is pretty impressive.

iPhone 5s – Should You Buy A Used One?

Short answer: if you can get it for very, very cheap, then yes. But that’s only if you’re looking for an iPhone to use for web browsing and email.

Or if you’re looking for an iPhone to give to a young child. My advice would be to get a newer model from Gazelle – you’ll save around 40% and get a much more functional phone that’ll last for years to come.

The other, key thing you’ll need to keep in mind is the battery. If the iPhone 5s you buy is used, you’ll almost certainly need to get the battery replaced – either by Apple or a third-party company.

Phone batteries degrade over time. The iPhone 5s is old and this means that its battery will have degraded considerably.

The good news, however, is that getting a replacement battery is cheap and simple. It will also make your iPhone 5s run as good as new.

This won’t be too much of an issue if you’re getting a reconditioned unit, as these are all checked and assessed before they’re resold.

If you’re buying via an auction site like eBay or Craig’s List, you’ll definitely want to get a fresh battery installed ASAP.

Once you’ve done this, you’ll get around 3-5 year’s worth of usage from the cell. And iOS should function just fine. iPhone batteries are the #1 reason they stop functioning; it is seldom ever the phone’s CPU or RAM.

The iPhone 5s will not get any more updates from Apple, and that means you’ll miss out on features.

The battery is also very small too, and this impacts usability. Back in 2013-15, the iPhone 5s was fine.

But in 2021, things have changed dramatically – apps, web stuff, it all takes up more room and requires more processing grunt.

You can save a fortune on newer iPhone models, however, if you buy them refurbished – we have a guide all about this.

Make sure you check it out before you go and spend almost $1000 on a new iPhone. 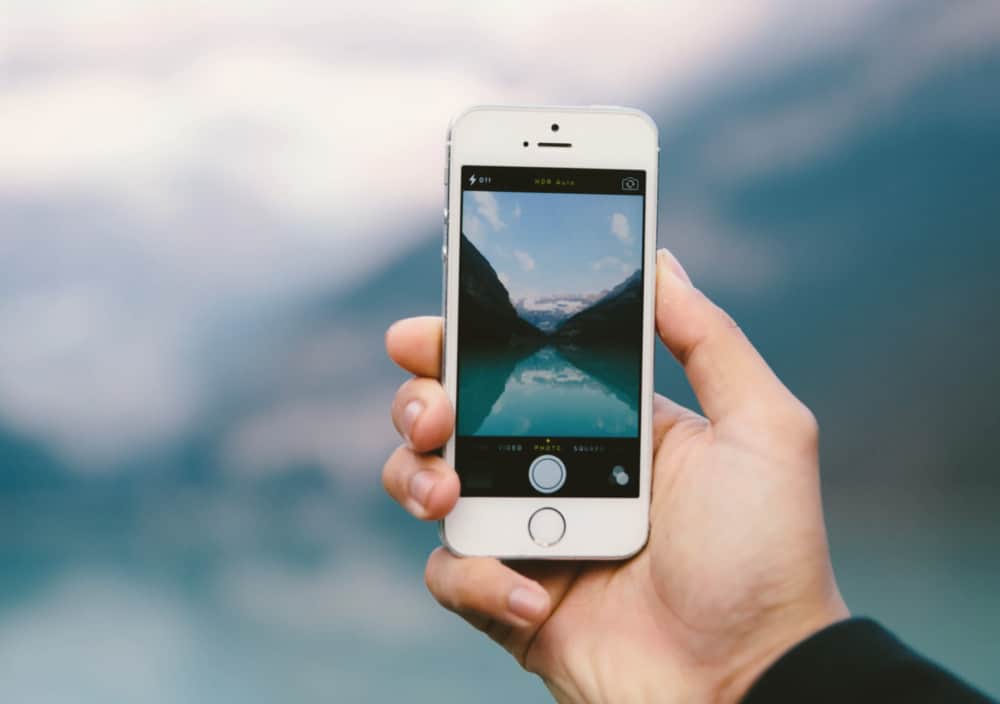