Why Phones Are So Damn Expensive (The #1 Reasons Explained)

Not so long ago, you could pick up a flagship phone for 600 bucks. Nowadays, you’re looking at $1000 – so what happened? Why are phones so expensive these days?

Remember when a new iPhone used to cost $649? I do. It wasn’t that long ago. In 2020, however, if you want a flagship phone from a top manufacturer like Apple, Samsung, or Huawei, you’re going to be paying close to $1000 for the privilege – so what the hell happened? Why are phones so expensive?

As always, there are a few reasons why phones have gotten so expensive in the last few years. Let’s take a look at each one of them individually.

The short version put curtly is that smartphone penetration across the globe is far greater in 2020 than it was in 2013 (source). More people have phones, and these people, cumulatively, are holding onto their phones for longer and this, in turn, leads to fewer people buying phones in 2020 compared to 2013. 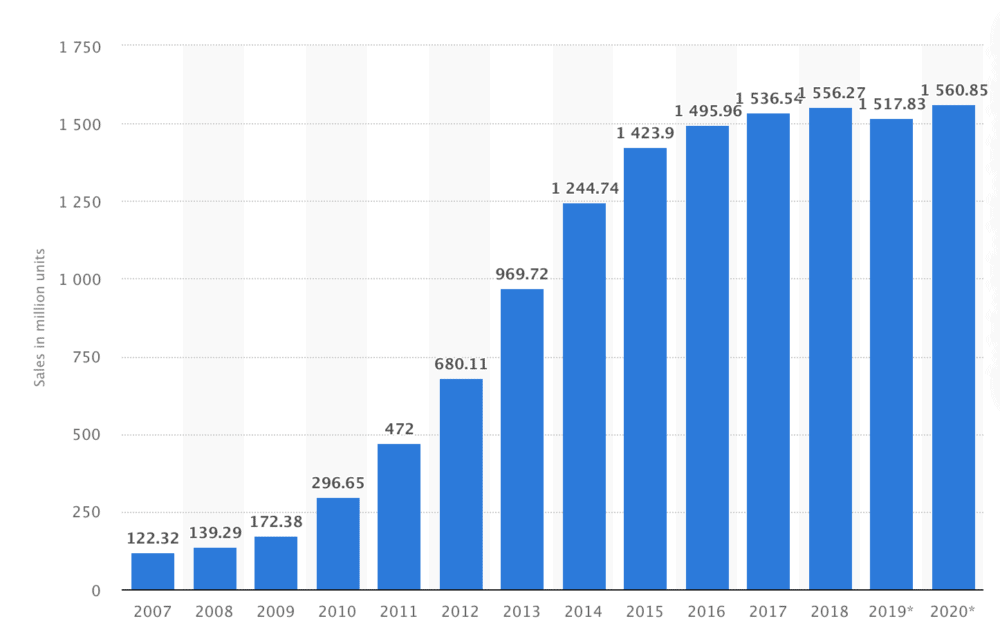 With this trend now firmly established, phone manufacturers had a choice: sell more phones or charge more for phones. The latter option won out, and this is why flagship phones are now way more expensive. Apple kicked off the $1000 phone trend with the release of the iPhone X. Android phone makers quickly followed suit and, within the space of a couple of years, the price of a flagship phone had inflated massively.

#2 – The Death of The Phone Contract

From around 2016 in the USA, carriers started killing off two-year contracts, replacing them with instalment plans. This means that when you buy a phone, you pay full price for the phone through a number of instalments. Data and calls come on top of this fee.

The net result of this, for the most part, has seen people holding onto their phones for longer and this, in turn, has seen a decrease in the number of people upgrading their phones every year. Fewer updates mean fewer sales for new handsets and this, if you’re paying attention, ties in nicely to our first point – you can either sell MORE phones or MORE EXPENSIVE phones.

The market, in the USA, has changed dramatically in the last several years, and phone makers have responded. If you want a new phone now, it’ll cost you more money because you have to buy it outright on instalments and the reason for this is that phone makers, collectively, are selling fewer phones than they were in 2015. And in order to keep the revenues pumping, prices have to increase.

You know how every new phone that comes out seems to have bigger and better specs than the one that came before it? This is what’s known as the SPECS RACE and, even after all this time, it still shows no signs of dissipating. Phone makers are in a constant back and forth with their competitors, trying to out-do one another with regards to hardware, camera tech, and overclocked CPUs and huge amounts of RAM.

RAM and camera tech, as well as new CPUs, aren’t cheap. Qualcomm’s latest Snapdragon 865, for instance, is dramatically more expensive than its predecessor, and this lead to many phone makers ditching it in favour of the cheaper, less-powered Snapdragon 765G or the 768G – both do 5G, but the 865 has faster clock speeds and access to more advanced features. But some phone makers will always opt for the best and this means higher prices for phones. 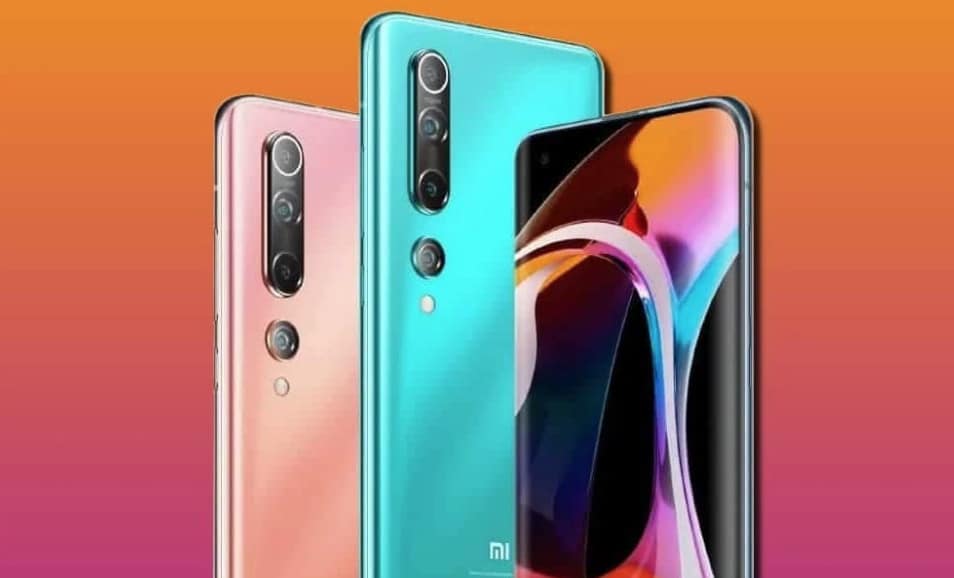 And it’s not just CPUs. Camera sensors and memory cost money too. Ditto OLED panels. And it all adds up, inflating the materials cost which then has to be covered by the retail price for the phone in order for the entire operation to be profitable. Case in point: Apple’s iPhone 4 cost less than $190 to make. A few years later, the iPhone XS Max cost $390 – that’s a huge increase in component cost.

This is also why foldable phones cost so much money. You have a completely new design concept that took billions of dollars of R&D to create, the requirement of new types of components (foldable OLED panels), and increased manufacturing costs on account of their novel nature – producing a foldable phone is a lot harder than producing a standard phone. And when something is trickier to do (in the context of production) it always costs more money.

How Do You Save Money on Phones Now?

Obviously, if you want a flagship phone that is brand new it is going to cost you a lot of money. In the USA and UK, most people tend to get their new phones on plans or contracts, whereby they pay monthly instalments for the phone as well as calls and data.

Still, this is not a cheap way to buy a phone. In the UK, contracts for the latest iPhone will usually start around £50 to £60 a month and go up from there, depending on how much data you want.

There are plenty of cheaper smartphone options available; the iPhone SE 2020 and the Google Pixel 3a being two of the best examples. And then you have all the Chinese brands – Xiaomi, RealMe, VIVO, and POCO. 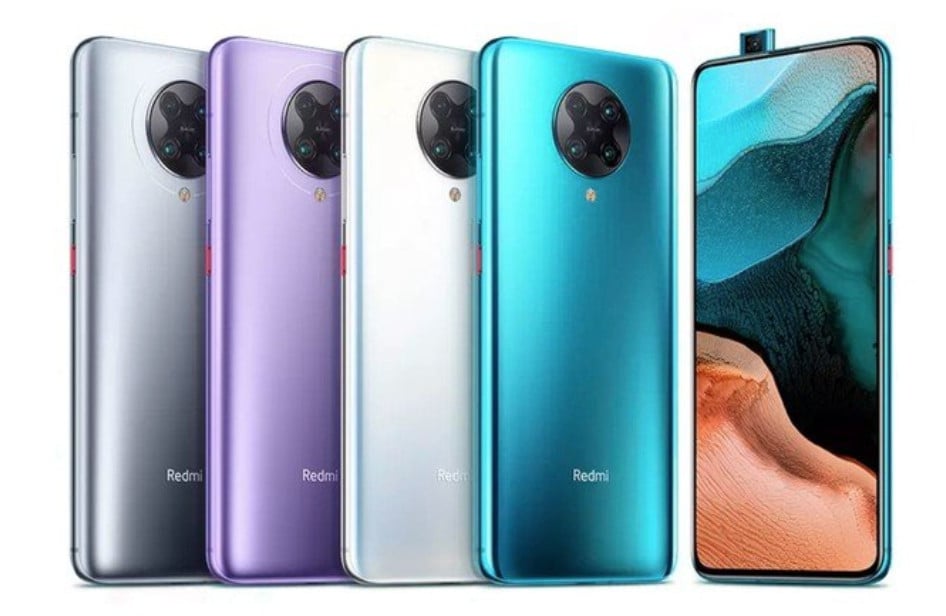 Or, if you want to be a little savvier, you could buy a refurbished flagship model and save yourself a fortune in the process. For instance, you can now pick up Apple’s iPhone XS for just $50 more than the iPhone SE 2020 – and the XS is a true flagship with killer specs that are still very competitive in 2020’s market.

When it comes to refurbished phones, however, I would almost exclusively stick to Apple’s iPhone. Why? Apple’s software support is vastly superior to what you get from any of Google’s Android partners, including Google itself (Pixel phones get 2-3 years of updates), whereas an iPhone bought today – even an older model like the iPhone X – will almost certainly get updates well into the late 2020s.

I bought myself a refurbished iPhone X in 2019 and have been using it ever since. It cost me $400 via Gazelle and it hasn’t missed a beat since. It will get all new updates as soon as they’re available, battery life is great and the phone has an OLED display too, unlike Apple’s iPhone 11.

For me, buying phones refurbished is a total no-brainer. You’ll save 40-50% on the phone itself and you can then grab yourself a killer SIM-only contract. And, best of all, you’ll still be running a flagship-grade phone, only here it’s a couple of years older. In this respect, it’s like the difference between buying a new Mercedes C Class and a 2018 Mercedes C Class – there won’t be that much difference where it counts.

In the UK? Check out Music Magpie – it’s got TONS of refurbished tech, from iPhones to games consoles!