Total Wireless is a US MVNO carrier that delivers cheap plans for individuals and families. But is it any good? Let’s investigate with a full overview of Total Wireless – from its prices and phones to its coverage and customer support

In 2020, Verizon announced plans to acquire TracFone – and all of its IP – for around $6 billion. This deal is still currently ongoing but is expected to be competed during 2021. Critics claim this acquisition could spell the end of the Lifeline program, a government subsidy program that helps low-income families get online with cheaper phone plans and internet services.

And while Verizon has said it will continue the Lifeline program, it is under no legal obligation to do so – so it could go either way in 2021/22. But what about Total Wireless right now? Is it a good option for you? Let’s take a look at what makes this carrier tick – from the phones it carries to the plans it offers…

With plans, Total Wireless keeps things pretty simple – you have individual plans and family plans. And there is only several individual options in each category. And they are as follows:

With Total Wireless, you can get your phone setup pretty quickly and for not much money per month. Not having to deal with contracts, or being tied into one for prolonged periods of time, is also very appealing from a user perspective.

I also like that Total Wireless offers family plans too – really competitive ones as well. I mean, $100 a month for four plans with 100GB of data and unlimited calls and texts for all users is pretty darn cheap whichever way you slice it.

Total Wireless’ main USP is that it sells really cheap data plans, so if you already have a phone that you own outright, you could save yourself a lot of money by switching over to Total Wireless – in theory.

Here’s a breakdown of Total Wireless’ current data plans for individuals – there’s only three, so at least picking one is fairly straightforward!

All of Total Wireless’ plans come with unlimited calls and texts – even the 1GB and 5GB Plan. In this respect, Total Wireless has bigger networks like Verizon, T-Mobile, and AT&T banged to rights. It is cheaper and you get more of the things that actually matter (data, calls and texts) for less.

Total Wireless Phones – What Are Your Options?

This aspect of Total Wireless’ business is not a focus for the company; you have options if you do need a phone but most of Total Wireless’ customers are Bring Your Own Phone users. Still, $599.99 for the iPhone 11 is pretty good, matching what you’d pay from Apple and bigger networks like Verizon.

What Network Does Total Wireless Run On?

As noted in the introduction to this post, Total Wireless is an MVNO and it runs on Verizon’s network. This is a good thing too because Verizon has one of the best networks in the country with great coverage, excellent speeds, and the best 5G network currently available.

With Total Wireless, you get full access to Verizon’s network. And that includes its 5G network too, although you’ll need to be running a 5G phone in order to access Total Wireless’ 5G services. You do have some really good cheap 5G phone options now, though, so this isn’t too much of an issue.

Total Wireless Customer Service – Is It Any Good?

For comparison’s sake, Verizon has similar bad customer service reviews – it scored just 1.3 out of five on TrustPilot with 86% of customers rating the carrier “bad” on a scale for “bad” to “excellent”.

With high-end customer reviews, Mint Mobile is one of the best options on the market right now. Mint Mobile scored a massively impressive 4.6 out of 5 on TrustPilot and for a carrier this kind of score is more or less unprecedented – 76% of its customers rated its service as “excellent”.

How Much is Total Wireless Unlimited Plan?

Total Wireless only offers one unlimited plan; it costs $50 a month and is only available on Individual plans. You cannot get unlimited data on Family Plans – these top out at 100GB which is still very good.

How fast is Total Wireless’ mobile data? According to our tests, conducted in Florida, Total Wireless LTE data speeds were very respectable – around 24Mbps which is great for an MVNO. Similar, Verizon – using the exact same testing protocols – scored 23Mbps.

These speeds are great for the vast majority of online activities. But if you’re using Total Wireless and experiencing poor mobile data speeds, you could try CloudFlare’s 1.1.1.1 w/ WARP app; it is a free proxy resolution app that will speed up your mobile data for no cost.

Will My Unlocked Phone Work on Total Wireless?

In order to be compatible with Total Wireless’ network, you will need a totally unlocked phone, for starters, and it will also need to be a CDMA phone as well.

Universal unlocked phones, like phones bought direct from Apple or Samsung, will work with all major US carriers, including Total Wireless. The only area where you might run into problems is with Xiaomi phones or other Chinese brand phones that aren’t designed with US networks in mind.

If you do have a Xiaomi phone, or you’re thinking about getting one, you’ll want to go with Mint Mobile over Total Wireless as it supports four out of the six bands used in Xiaomi phones.

And Mint Mobile also has exceptional customer reviews too, so you’re going to be in very good hands with this particular MVNO regardless of what phone you’re using.

Wrapping Up – Is Total Wireless Worth It?

Powered by Verizon’s network, Total Wireless has some of the best coverage of any MVNO in the USA. Total Wireless’ plans are affordable and very accessible. I also really like that it keeps its plans nice and simple – you have four options (for individual and family plans).

The customer reviews of Total Wireless are slightly alarming, especially when compared to Mint Mobile’s stellar reviews. But, again, customer reviews only often highlight the bad aspects without noting any of the positives. Plus, a lot of issues with “phones” in general are not related to your carrier.

If you’re looking for cheap mobile data plans in the US, and you want options for unlimited data and 5G, then, yes, I would say Total Wireless is definitely worth a look – its plans are exceptionally well priced and they all include unlimited texts and calls.

If you’re undecided, I would probably recommend you go with Mint Mobile over Total Wireless. Mint has better customer reviews and its plans are just as good. And, because Mint is powered by T-Mobile’s network, it will also be able to run Xiaomi phones too.

Either way, you now have plenty of options when it comes to cheap data plans. And that’s the main takeaway here. 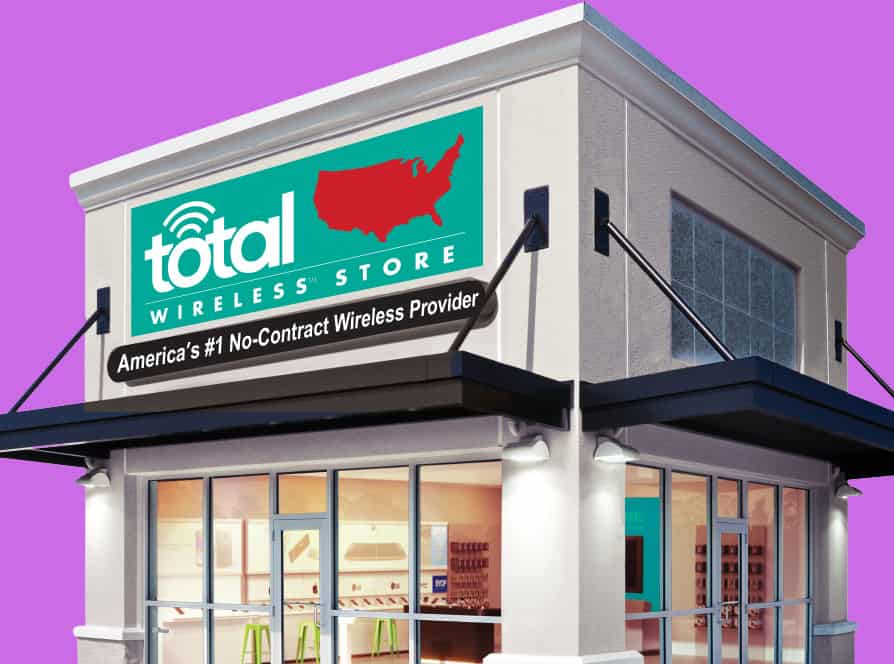