The new iPhone SE retails for $399.99, making it the cheapest iPhone Apple has ever released. But are you better off with a XS for a $60 dollars more? Let’s investigate…

Welcome to our iPhone XS vs iPhone SE (2020) comparison!

Here are some fast maths for you: the new iPhone SE costs $399.99, but you can pick up a refurbished iPhone XS for $459 – that’s only $60 more. And the iPhone XS is a flagship phone with an OLED display, a bigger battery, and a vastly superior camera. And it’s only $60 more…

Put in that context, it seems like a no-brainer, right? The iPhone XS is a flagship phone that cost north of $1000 just over 12 months ago. Fast-forward 12 months, however, and it can be yours for less than $500. Whichever way you slice it that is great value for money; you’re getting a flagship iPhone for only $60 more than Apple’s iPhone SE (2020).

Gazelle
40% Cheaper Than Anywhere Else

Gazelle is the USA's #1 retailer for refurbished iPhones, MacBooks, iPads, and Apple Watch. It does Samsung phones too. On average, Gazelle customers save 40% on their orders compared to buying new or elsewhere online.

Another reason to like the iPhone XS? Its size; the iPhone XS has a 5.8in OLED display and its exact dimensions are as follows: 143.6 x 70.9 x 7.7 mm. But because the iPhone XS does not have a home button, it uses FACE ID instead, it is a lot smaller than you’d expect. In fact, it is one of the most portable iPhones – especially when compared to the iPhone 11 or iPhone 8 Plus.

I mean, just look at the difference between the two phones in the table below that compares the iPhone XS specs to the “new” iPhone SE (as you can see there is a MASSIVE difference): Winner? iPhone XS – The OLED display in the XS is far superior to the LCD display found in the iPhone SE.

Winner? iPhone XS – The camera systems the XS has a dual-lens setup on the rear. This is much better than the single-lens system on the SE.

Winner? iPhone XS – You get an extra hour of battery life.

The Main Differences: Or, Why A XS is Better…

As you can see in the table, the difference between the iPhone SE (2020) and the iPhone XS is pretty dramatic. The SE (2020) is basically the iPhone 8, a phone that came out way back in 2017. It is essentially the same device, just with a new CPU inside it (Apple’s A13 Bionic).

Everything else is exactly the same, however – from the design to the internal specs and hardware (save for the CPU). It uses the same camera found in the iPhone XR, which is fine, but, again, it is no way near as good as the iPhone XS’s imaging setup. 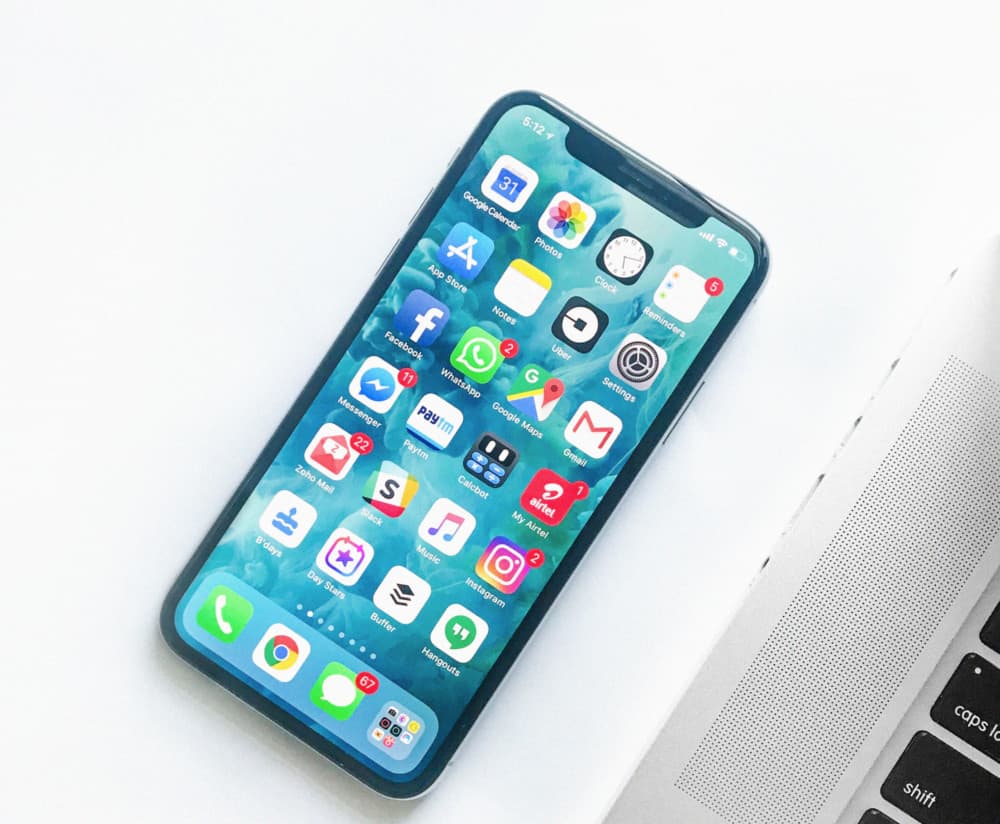 The iPhone XS also has a larger battery and a gorgeous OLED display, whereas the iPhone SE (2020) uses a 4.7in 720p panel that is basically the same as the one found inside 2015’s iPhone 6. The XS also runs on Apple’s A12 chip which, while not as potent as the A13, is still a very good SoC. Even by 2020 standards.

Apple also really improved the iPhone XS’ camera performance over the iPhone X too. It performs better in low-light and high-contrast environments and it’ll shoot incredible looking video. Compared to the iPhone SE’s camera, the difference is like night and day (in favor of the XS)…

How so? Well, refurbished phones are all quality checked for starters. When you buy through a specialist vendor like Gazelle, each device is put through a battery of tests to ensure that it looks and works as good as new. I bought an iPhone XS Max via Gazelle last month and, as you can see from the video below, it looks pretty much as good as new

Check Out The Latest Deals For Gazelle Now – See How Much You Could Save!

You do not get this when you buy a “used phone”.

Also, refurbished phones come with warranties as well, another thing you don’t get when you buy phones used or second hand. And that means that if there is an issue with your phone, you can simply return it and get your money back.

Who’s The iPhone SE For Then?

The iPhone SE is great value. I mean, $399.99 for an iPhone that runs on Apple’s A13 CPU is great – the phone will perform brilliantly. I just cannot get around the fact that for just $60 more I could have the iPhone XS, a true Apple flagship device with all the trimmings. And, no, I’m not bothered about it being refurbished. In fact, that’s actually a bonus – refurbished phones are usually 40-50% cheaper.

I guess the iPhone SE is here for the many Apple users out there that do not want to spend $1000 on a phone (and don’t know that you can buy iPhones refurbished for a lot less than they cost new). Apple will also use the iPhone SE to target emerging markets as well – Brazil, India, etc. At this price point, it will give Apple plenty of leverage over brands like OPPO and Xiaomi. 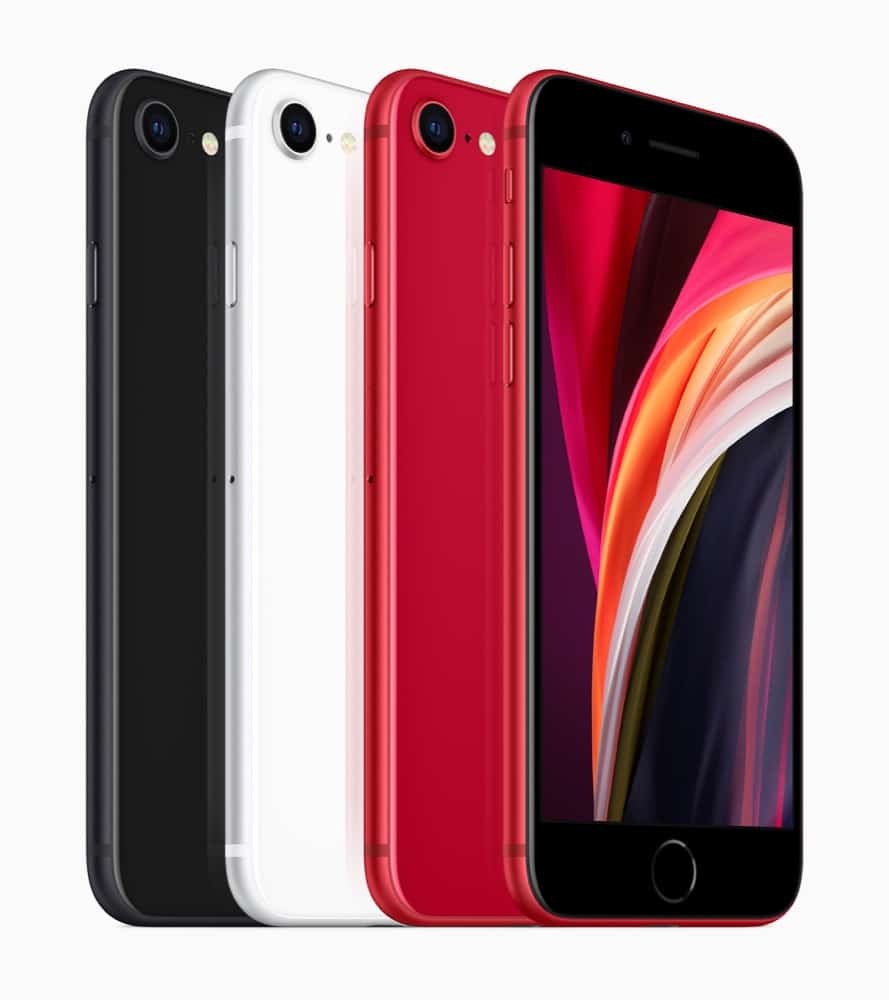 Mostly, though, I think the iPhone SE (2020) is about choice. Apple has woken up to the fact that plenty of people ONLY want to pay around $399 to $500 for a phone. Google’s Pixel 3a proved this and so too has Xiaomi’s rise over the past several years. The hunger and demand for cheaper phones is now greater than the desire for flagships.

So much so, that I can guarantee you more people will be impressed by the introduction of a $399.99 iPhone than a $2000 folding phone.

And that should tell you pretty much everything you need to know about the current state of the smartphone market.

Either way, given a choice between the iPhone SE and an older iPhone flagship, I know what I’d get – it’d be the iPhone XS every day or the week and twice on a Sunday.