Is The Samsung Galaxy Z Fold 2 Worth It? My Two Cents…

With its eye-watering price tag, the Samsung Galaxy Z Fold 2 is one of the most divisive phones on the market right now. The foldable Android phone, arguably the best in its class, retails for almost $2000 and is, for all intents and purposes, probably what the future of mobile phones looks like.

But Is The Samsung Galaxy Z Fold 2 Worth It?

Samsung markets the Samsung Galaxy Z Fold 2 as an innovative, foldable device – that’s the USP that is focussed on in the marketing. But I think this does the phone a disservice; the Samsung Galaxy Z Fold 2 is more than just a foldable phone: it is a device that has the potential to replace two of your existing devices – your tablet and your laptop/PC. And it is also a phone too.

Getting three devices in one makes the almost-$2000 price tag a lot more palatable, especially when you factor in that DEX is now extremely useful in certain user-cases. Hell, I run my entire business online and go definitely do everything I need to do via DEX. For this type of user, the Galaxy Z Fold 2 does make a lot of sense – especially if you don’t want to invest in a new laptop or PC.

And that’s before we even get the specs inside the phone, which are positively insane – even by 2020’s usual standards. Here’s a quick breakdown of the Samsung Galaxy Z Fold 2’s specs:

As you can see, you’ve got all the latest bells and whistles aboard the Samsung Galaxy Z Fold 2 – from support for 5G to 120Hz refresh rates on the display. With the display, you’re looking at almost 8 inches in size when completely unfolded and 6.2 inches when it’s closed. Both modes are usable too, so you can easily run the Samsung Galaxy Z Fold 2 in both configurations which makes it dual-use and handy for situations where you need a smaller display.

You also have 256GB of internal storage, 12GB of RAM, and a 4500mAh battery that provides all-day usage (even with heavy usage). The main event, however, is the display. Samsung has massively improved the Samsung Galaxy Z Fold 2’s display over its predecessor’s – it is now bigger and has smaller bezels and this makes it a vastly superior device for viewing media and content.

Samsung Galaxy Z Fold 2 Camera Setup – Is It Any Good?

Because of the form factor, you’d think the Galaxy Z Fold 2’s camera set up would suffer. But this is not the case. Take note, Microsoft! The Galaxy Z Fold 2’s camera performance is one of the best you’ll find inside a smartphone; Samsung’s triple-lens 12MP cameras are brilliant in all settings, producing natural-looking, detailed images. You also have support for 4K at 30fps. But, unlike the Galaxy S20 Ultra, there is no 8K support.

Galaxy Z Fold 2 Battery Life – How Long Does It Last?

The Galaxy Z Fold 2 will last a full day from a single charge, with enough juice left in the tank to get you through to lunchtime the next day. The phone’s battery performance is on par with some of the best Android phones we’ve tested in 2020, so if you’re concerned about the Galaxy Z Fold 2’s battery life, you needn’t be – it is stellar. Even with heavy usage. And let’s face it, with this kind of price tag, that is the only kind of usage you’re going to be doing with this phone.

Samsung is now matching Google with respect to Android updates which means, should you buy the Galaxy Z Fold 2 today, you will get three years of Android updates, taking you well into 2023. This future-proofs your investment somewhat as well as gives you peace of mind – not all Android phones get this kind of support.

Why The Samsung Galaxy Z Fold 2 Is Worth It…

OK, that’s my spiel over with. I think the Galaxy Z Fold 2 is worth it, not because it is a foldable device, but because it is effectively three devices in one: a phone, a tablet, and a laptop/PC replacement, thanks to DEX. I know the phone is expensive, but put in the correct context it does appear to offer more value for money than you’d initially think. 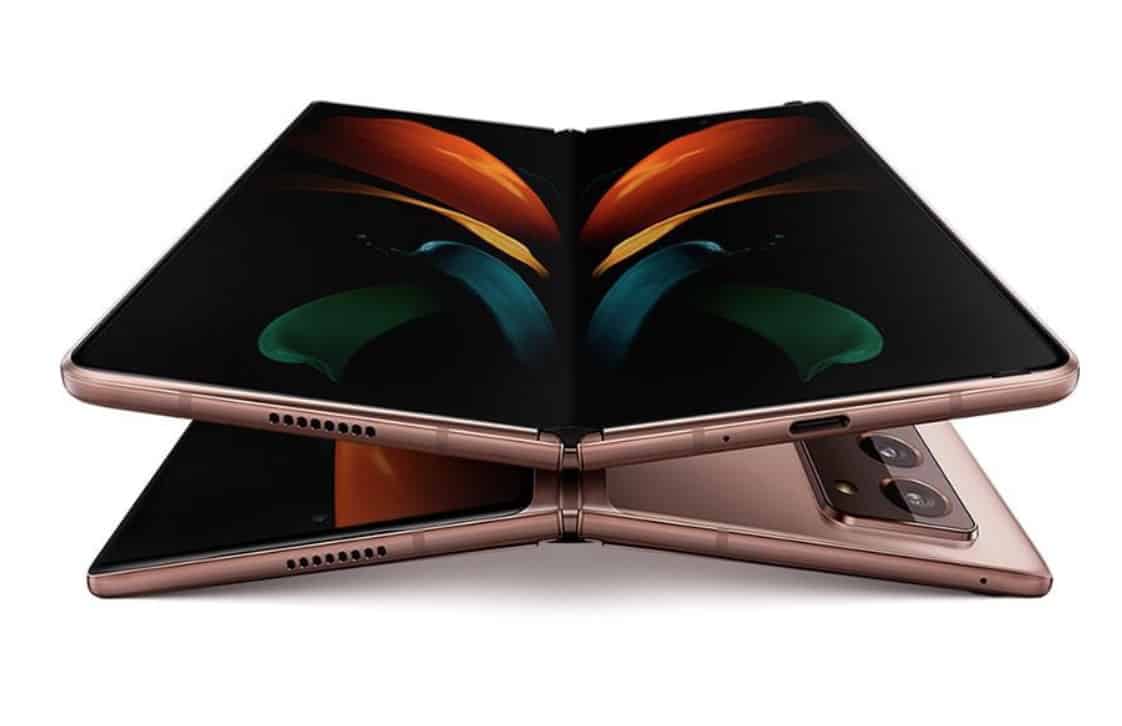 The main problem with the Galaxy Z Fold 2, however, is that it is a very niche product. It is too expensive for most consumers and, second, for the above-described user cases, again, that is fairly niche. How many people would opt to use the Galaxy Z Fold 2 over an iPad or DEX instead of Windows or macOS? I honestly don’t know, but the Galaxy Z Fold 2 can and will replace both if the user is willing.

You’re never going to get the same type of performance and features with DEX as you would from a full-fat desktop operating system like Windows or macOS. But if everything you do online takes place in the cloud or via your web browser, meaning you don’t really use any X86 applications, then something like DEX could work as a replacement for your aging computer or laptop, negating the need for you to upgrade just one product (your phone) instead of two or three, if you count the Galaxy Z Fold 2’s tablet capabilities (it is bigger than Apple’s iPad mini when it is unfolded).

As I said, the Galaxy Z Fold 2 is a niche product. And it is hella expensive. But, in the right circumstances and the right hands, the Galaxy Z Fold 2 does make a lot of sense – even with its massive price tag. If you’re one of the types of people I have described in this post, I would whole-heartedly recommend the Galaxy Z Fold 2. It is a fantastic phone that possesses a TON of utility, both as a potential work station and as a tablet and a phone.