Samsung is one of the world’s biggest phone makers. But that’s just one aspect of this company’s incredibly interesting history…

Next to Apple, Samsung is perhaps the most well known tech brand on the planet. But Samsung’s journey to the top of the technology industry was not an easy one; the company has been through many changes in its nearly-century long history. Just as LG has – and LG’s history is just as interesting too.

And here’s 10 of the most interesting facts about Samsung we found online. I’m willing to bet nearly everybody that reads this has no idea about most of these milestones in Samsung’s history. And if you did, congrats – you clearly know more about Samsung than I did!

Most tech companies like to pretend their liberal and generous with the billions, but Samsung actually is – the company donates $100 dollars a year to the Samsung Medical Center, a high-tech Korean research center that specialises in medical research and other life-saving technologies.

Most people know Samsung for its phones and HDTVs. But did you know that Samsung built the world’s tallest building too, the Burj Khalifa? I had no idea about this aspect of Samsung’s wider business. But as it turns out, Samsung was instrumental in the construction of one of the most impressive buildings ever created.

#3) To Break Into The Phone Market, Samsung Spent More on Marketing Than Apple and Coca Cola COMBINED

Samsung isn’t afraid of spending money. Back in 2021, before the company had really broken into the smartphone space, a decision was made to invest HEAVILY in marketing and advertising during 2012. During 2012, Samsung spent $4 billion of advertising and $5 billion on marketing.

To put that figure into context, for the same period of time, Apple spent just $1 billion of advertising and marketing. Samsung even spent more than Coca Cola, a company renowned for its massive marketing spends. During 2012, Samsung literally outspent everybody from Coca Cola to Apple, HP, and Dell.

This is one of the main reasons why, from around 2015 to 2014, Samsung’s brand and market share in the mobile space rose so quickly. It made sure its Galaxy brand smartphones were literally everywhere you looked and in the hands of the world’s most famous influencers.

Samsung was founded in 1938 in South Korea. Since then, Samsung has set up and operated over 80 different businesses, from grocery services to making smartphones and building mega-skyscrapers. Not bad, right?

When it comes to AMOLED displays, Samsung is king. Samsung owns almost 95% of the AMOLED market, supplying displays to nearly all of the world’s biggest tech companies for use on their phones, tablets, and TVs.

#7) Almost A Half of A Million People Work For Samsung

Since it started life in 1938, Samsung has grown massively. The company now employs almost 500,000 people worldwide. Again, to put that figure into context, Apple only employs 137,000 and Microsoft has 166,475.

Why does Samsung employ so many people? Simple: it does WAY more stuff than Apple and Samsung. It builds skyscrapers, makes boats, and, as a side hobby, also develops and creates some of the world’s most popular mobile phones and tablets.

#8) Samsung Started Out As A Grocery Store…

Samsung initially started life as a noodle company. It then branched out into wider food services. But it did not do technology – that would come almost four decades later in 1969 when Samsung first started developing and messing around with technology products.

#9) At One Point, Samsung Owned The Biggest Textile Factory In Korea

Moving on from noodles, Samsung then got involved in the textile industry and, at one point in the early 1970s, it owned and controlled the largest woollen mill in Korea. From this factory, Samsung expanded its textile-manufacturing capabilities to cover all aspects of production from raw materials all the way to the end product, clothes and garments.

Back before Android was the world’s largest mobile operating system, and owned and controlled by Google, Samsung has the opportunity to buy the platform but declined, thinking it was a waste of time.

Google bought Android from a start-up called Danger in 2005. But prior to this acquisition, Danger had pitched Android to Samsung. Samsung declined because the operating system required too much work to get it ready for deployment.

Things were missing too, things like Dalvik which was required to make Android run smoothly on low-power hardware.

Also, back then smartphones did not exist, so the cost of developing Android was clearly too high compared to its practical uses at the time.

Had Samsung known what was about to happen, however, I’m pretty sure it would have paid any amount to get control of Android. From about 2007 onwards, smartphones became popular and started taking off. We had the first iPhone and a slew of early Android phones. Eventually, smartphones took over the world and Samsung, ironically, would spend a record $9 billion on advertising and marketing to ensure its Android phones were the #1 choice for consumers all over the world. 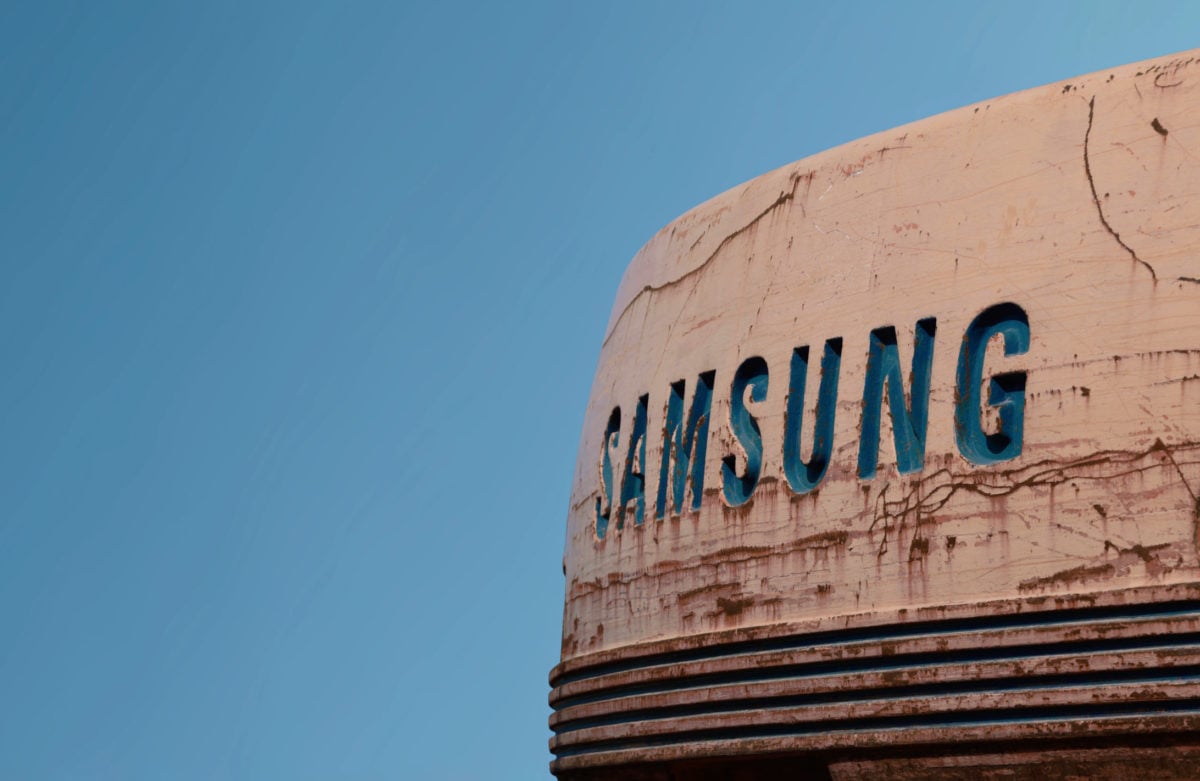