It’s official: TouchID is dead and it’s not coming back on Apple’s flagship iPhones. But what if you miss TouchID and Apple’s Home button? You’re not ALONE…

Apple’s iPhone 8 and iPhone 8 Plus were two of its best selling handsets during the past few years, despite newer options like the iPhone XS, iPhone 11, and iPhone XR being available. The iPhone 8 range has now been discontinued, however, and is replaced by the iPhone SE 2020.

The iPhone SE 2020 is essentially an iPhone 8 redux; only here, you have the same A13 CPU that you’ll find inside Apple’s iPhone 11 Pro Max. The design, dimensions, look, and feel of the iPhone SE 2020, however, are exactly the same as the iPhone 8, as you can see from its specs listed below:

Where To Get It?

The rest of the post, below the break, was published before the release of the iPhone SE 2020 and is therefore focussed on the iPhone 8 and iPhone 8 Plus.

Apple has officially killed its iPhone Home button and TouchID on the iPhone. Just like 4in iPhone displays, physical Home buttons on iPhones are now a thing of the past. The future is all-screen handsets like the iPhone XR and the incoming iPhone 11 range.

And that means one thing: no more home button on iPhones.

This is a bold move for Apple. Even more so when you consider that, even 12 months after its release, the iPhone X still wasn’t the most popular iPhone choice. And we all remember how long it took Apple users to get used to the idea that the iPhone 9 didn’t exist and 4in iPhones were no longer happening.

Personally, I’m not too fussed.

I tend to use Android phones anyway, but for MILLIONS of people, the switch to more expensive, all-screen phones that are much larger than normal is going to be a bitter pill to swallow.

The iPhone home button is one of the most familiar aspects of Apple’s iPhone, a thing used and loved by millions of users. And if you are one of those millions of users that miss the good ol’ days of using your finger to access your iPhone, what are your options?

Simple: Get an iPhone 8 or iPhone 8 Plus

The iPhone 8 and iPhone 8 Plus were the last iPhones to feature Apple’s “classic” iPhone design – bezels and a home button with TouchID. The iPhone X followed the iPhone 8 range, bringing with it a new era of design based on gestures and biometrics (meaning FACE ID).

The iPhone 8, however, is still plenty powerful. Even by today’s standards, especially if you go with the larger iPhone 8 Plus. Internally, it is markedly similar to the iPhone X, just with a few minor caveats (notably the CPU). In most cases, the iPhone 8 will suit nearly all types of users. It has an excellent camera, solid battery performance, and it will get iOS updates for years to come.

And it also has TouchID and a physical home button on the front. Apple’s iPhone 8 range – both the iPhone 8 and iPhone 8 Plus – are now VASTLY cheaper than they were when the phones first launched; you can pick up both for under $500, as you can see in the table below:

No Home Button on ANY iPhones From Here on Out…

If you’ve used iPhones for years, as millions of people have, the idea of no longer having that familiar home button might be a little jarring. It has a lot of uses, and with the iPhone X design, users had to learn a whole load of new gestures.

The removal of the Home button was always inevitable as Apple chases its dream of a port-less, hole-less slab of polished glass. To get there, Apple has to cut things – things like TouchID and the headphone jack. But the key thing to remember here is this: if you don’t like the new iPhone designs, you don’t have to buy them – Apple still makes the iPhone 8 range.

And now that the iPhone 8 range retails for under $500 online, you’re looking at one of the best value iPhones on the planet right now.

Think back to when the iPhone 8 Plus launched. It cost a fortune. But now you can grab a top of the line one for around half the price of a new iPhone XS Max. And the iPhone 8 still performs great, thanks to Apple’s awesome A11 CPU.

How FACE ID Killed The iPhone Home Button For Good

The introduction of (and investment in) FACE ID was done for one simple reason: Apple couldn’t get an on-screen fingerprint sensor working.

FACE ID doesn’t appear to be going anywhere anytime soon, so the next logical question is this: will FACE ID replace the home button for good, even if Apple can get it installed inside the display?

Current iPhone 11 rumors suggest Apple is doing away with ALL FACE ID sensors on the front of its incoming range. Apparently, the FACE ID sensors, as well as a fingerprint scanner will be buried inside the iPhone 11’s OLED display, making it the first truly, all-display iPhone to be released.

This new implementation would also, sort of, bring TouchID back, as iPhone 11 users would be able to use their fingerprints to unlock the iPhone 11. Of course, this is all conjecture; no one knows what the iPhone 11 range will be like because it hasn’t launched yet.

But we do know that Apple has been working on in-screen fingerprint sensors since before the iPhone X launched, so whatever Apple has planned, it’s probably going to be rather impressive. I’m thinking TouchID will make a comeback, just inside the display rather than inside a physical key. If Apple nails the usability of this new feature, it would go a long way in persuading fans of TouchID over to Apple’s new design language.

TouchID vs. FACE ID – Which is Better?

Long-time iPhone users might find the switch to Apple’s “new-era” iPhones slightly jarring. You get used to using the iPhone Home button, it becomes part of your muscle memory, and then, boom, it’s gone. With Apple’s new iPhones – including the iPhone 11 range – unlocking is done via FACE ID and gestures. Old school Apple fans, however, tend to find TouchID simpler.

And the #1 reason for this is that it is next to impossible to unlock any iPhone from the iPhone X onwards when it is laying flat on a table. You must pick up the phone up to access it. And Apple still hasn’t figured out a solution for this on its latest range of iPhones. With TouchID – and Apple’s traditional iPhone home button system – all you needed to do was place a finger or thumb on the home button and, hey presto, your iPhone would unlock. It didn’t matter whether the phone was flat, upright, or stuck to the ceiling, it’d open every time.

FACE ID is kind of slow, especially when compared to TouchID on the iPhone 8 and iPhone 8 Plus. Plus, many people, accustomed to using their fingerprint won’t take kindly to using their faces. As I said: people DO NOT like change. The iPhone 8 consistently outsold the iPhone X, following the release of the iPhone X, and while most of this is down to price, I think there is another element at play too – people like the traditional iPhone design more.

Just look at the backlash Apple got when it killed off the 4in display format; it was so bad it forced the company to make the iPhone SE!

It’s an interesting time in the Apple ecosystem. Switching to an entirely new design for ALL phones is a bold move, though I think design changes and things like in-screen fingerprint sensors inside the iPhone 11 range will certainly help fans of Apple’s traditional iPhone design come around to the company’s new way of doing things.

And check out Want Face ID On A MacBook? You’re Out Of Luck! 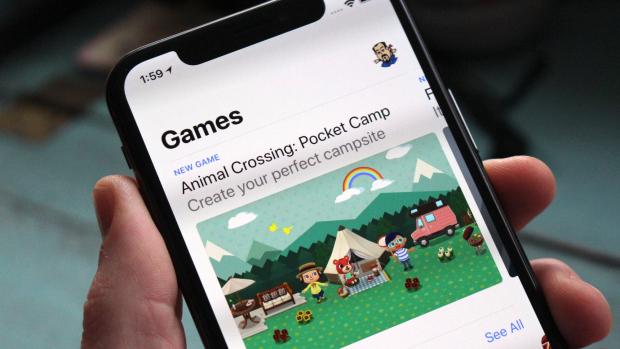