What is A Burner Phone & Why Do People Use Them?

You’ve seen and heard about burner phones in movies and TV shows, but what are they and how are they different from normal phones?

If you watch a lot of films or TV shows, you will have heard about burner phones. Jason Bourne used them a lot, and so too did the characters in Breaking Bad and The Wire.

But what is a burner phone and how is it different from a standard phone like an iPhone or an Android phone?

What is A Burner Phone?

Most people – fictional or otherwise – use burner phones because they’re private, they cannot be tracked, and you have a level of anonymity that you simply do not get with a traditional smartphone.

With a smartphone like Apple’s iPhone or an Android phone, you sign in with your email, most are purchased via credit cards via carriers or networks, and all of your data is tracked by both the phone’s manufacturer and your network provider.

Smartphones also have GPS, so you can track their location. On top of this, they’re internet-connected too, so your location is easy to find if you use applications like Facebook and Instagram.

Basically, a smartphone is really easy to track.

And if you’re wanting to get off the grid, or avoid the authorities, you do not want any of this. Instead, you want a simple phone that doesn’t have an internet connection and can be bought for cash either in a 7/11 or a store like Best Buy.

The idea with a burner phone is that it doesn’t leave a trail; there’s no purchase receipt (if you use cash), and the SIM card and number are effectively untraceable too as it is not tied to your credit card or anything of your personal data.

You can then use the phone to make and receive calls anonymously. There will be no way of anybody tracing it back to you. And because burner phones are cheap, if you do get in a tight spot, you can ditch the phone and make tracks.

Why Do People Use Burner Phones?

The main reason anyone would use a burner phone is the same reason by characters use them in shows like The Wire – to evade the authorities. If you run an illegal business, you need to make calls and be contactable, and this is where a burner phone comes into play.

Drug dealers use burner phones, not only for business but also to keep records on all their customers. And when they quit the trade, they can then sell the burner onto another dealer for profit – it is basically a Rolodex of potential clients.

Unlike an iPhone, a burner phone is essentially off the grid; even the police would struggle to track a burner phone. They’re sold for next to nothing in 7/11 stores and can be used and then disposed of if the user got themselves compromised.

The ability to use and discard them is what makes them so attractive to criminals, prisoners, and anyone that wants to stay off the grid. The only downside to a burner phone is that they’re very limited with respect to features.

You cannot run apps on them, nor do they have an internet connection. They’re basically feature phones, the kind of cellphones that most people used in the 1990s, before the rise of smartphones.

Burner phones do have great battery life, however – most last weeks at a time.

Can Burner Phones Be Tracked?

The main reason people use burner phones is anonymity, to stay off the grid, and to keep them out of reach. But can burner phones be tracked? In the movies, it appears they cannot be traced. But is this the case?

As it turns out, no – a burner phone CAN be traced.

Yes. A burner phone number can be traced. All mobile phones (including prepaid ones) and burner apps go through a cellular carrier or virtual number operator. Your identity can be tracked through call logs, data usage, approximate location, and text messages.

This means that while a burner phone, especially if you buy one with cash, is tricker to track and trace than a traditional smartphone, it can still be tracked down by the authorities.

Although, in order to track the burner phone, the authorities would need to find the store you bought it from and then find out what SIM card you were using. At this point, however, the user of the burner phone could simply ditch the phone and get a new one.

Back in 2018, US and Australian feds got together over a few beers to discuss an operation involving burner phones loaded with a tracking app called ANOM to infiltrate drug gangs in the US and Oz.

The burner phones, complete with the fed’s ANOM app, were distributed on the black market and were marketed as “the most secure burner ever”. Needless to say, the demand for the phone was massive.

What the gangs didn’t know, however, was that the ANOM app that came installed on the phone was controlled by the FBI, so agents could listen in on calls and track the movements of gang members.

In total, around 12,000 burner phones were sold during the operation, reports suggest. And in the space of 12 months, the FBI seized hundreds of tons of cocaine.

“To give you an idea of the magnitude of our penetration, we were able to actually see photographs of hundreds of tons of cocaine that were concealed in shipments of fruit. We were able to see hundreds of kilos of cocaine that were concealed in canned goods,” Calvin Shivers, assistant director of the FBI’s Criminal Investigative Division, said in The Hague on Tuesday.

Where Can You Buy Burner Phones?

Most burner phones retail for anywhere from $10 to $50, so they’re cheap. You will have to buy a SIM card to go with it too. Again, you’ll want to use cash and make sure you buy it from a store that doesn’t have any CCTV cameras.

If you want to remain 100% anonymous, you should avoid using a credit card and/or buying the burner online via places like Amazon.

If you just want a burner phone for emergencies, or to just leave in the car, then you don’t need to bother with any of the above – just pick one like this up from Amazon. It’s cheap and it has insane battery life.

If you use a smartphone and you want to stop your ISP and network from tracking you, the best and easiest way to do that is to download and use a VPN – this will secure all your internet activity.

I use NordVPN; it’s fast, secure, 100% no logs, and it has servers all over the world, so whatever server you connect to, you always have super-fast upload and download speeds. As VPNs go, I think it is currently the best option on the market right now. 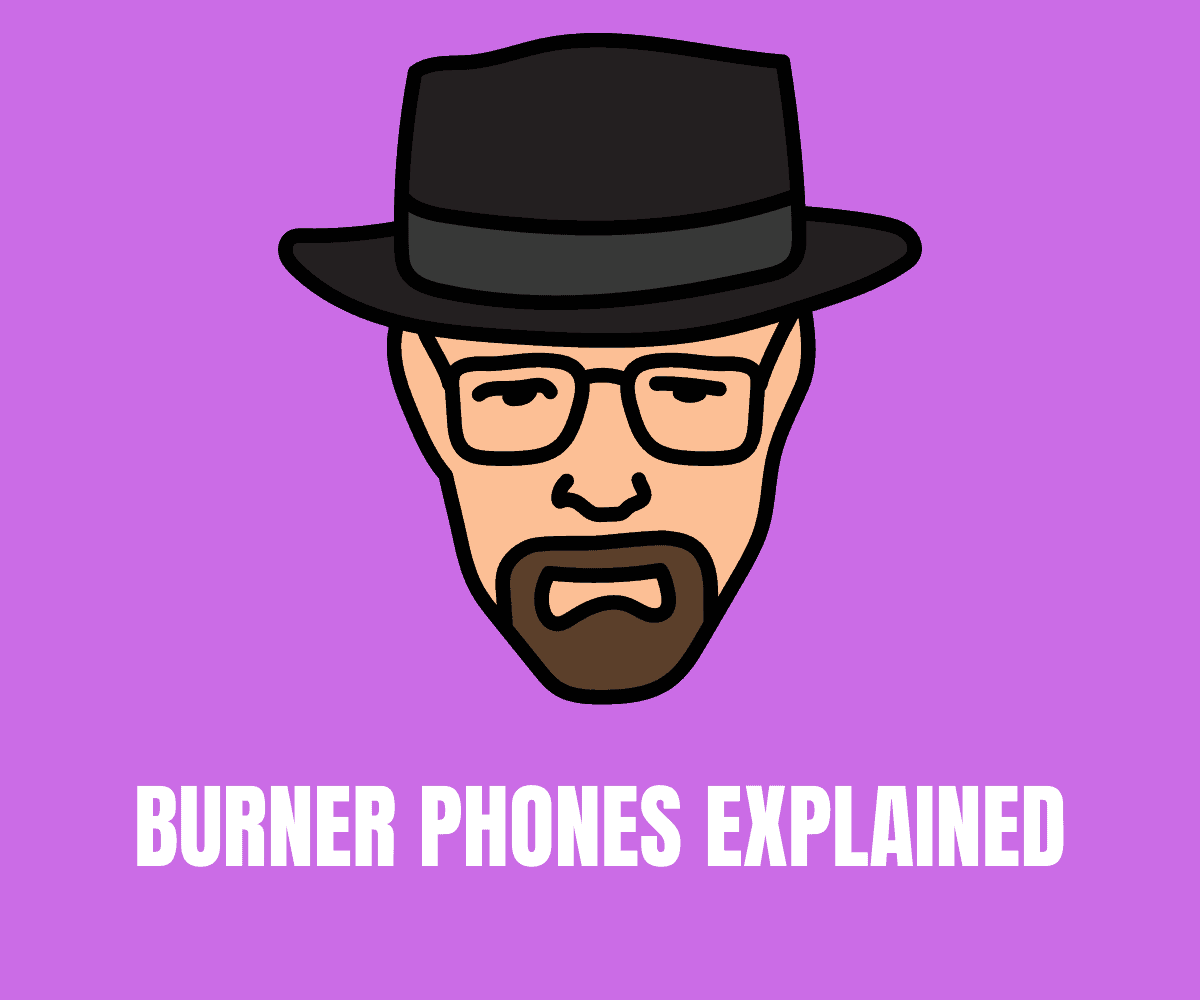