How To Take Better iPhone Pictures (In 5 Simple Steps)

By Michael Grothaus
Updated: 10/02/19 - 5 min read
User Guides
You don’t need to be a pro to take gorgeous shots with an iPhone – just follow these five simple steps! Click to Tweet

#1) Use The Rule of Thirds Grid

There’s a tenet in photography called the “rule of thirds.” Basically, it states that if you divide your shot into nine imaginary grids by placing three horizontal and three vertical lines “over” the image and keep the subjects of your shots sequestered to one of those stacks of grids, preferably the outer ones, it makes for a much more interesting shot. 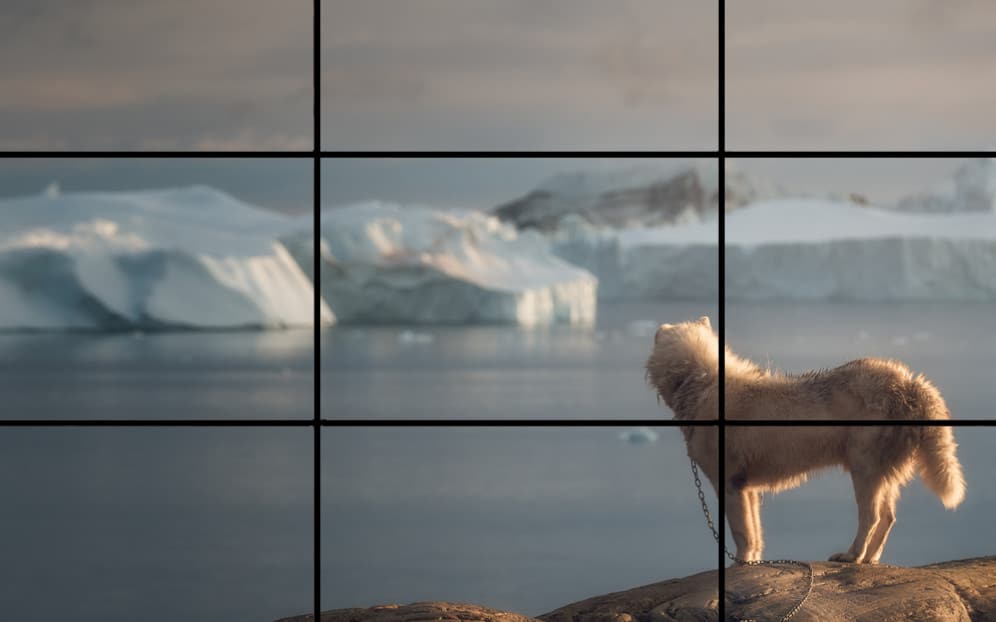 This sequestering, or composition, can be helped when you can see a grid on your screen. With this in mind, Apple built gridlines into the Camera app. To turn on gridlines, go to Settings > Camera > and toggle Grid to ON.

Gridlines will now appear on your screen, dividing it into nine squares.

Now line up your shots in one of the three stacks of square grids and your photos will appear much more compositionally interesting.

Usually, when you take a picture the Camera app will refocus for each subsequent shot so you get the sharpest pictures. But sometimes shots look better with pulled focus (kind of like blurring part of the picture). This is usually done for artistic reasons.

For as long as the iPhone has been around it’s had digital zoom. To zoom in or out, simply pinch the Camera screen with two fingers and the zoom slider will appear. This zoom slider allows you to adjust the digital zoom settings of the photograph; it lets you zoom in and out on your subject. Slide your finger along the bar to zoom in or out.

You can also tap the + or – button to zoom in or out in increments or simply continue pinching in or out. While digital zooming is great, it’s actually making your photo less crisp the more you zoom in because digital zoom only magnifies the pixels in the photograph.

If you don’t zoom in too much, this won’t be a problem, but if you zoom a lot you aren’t going to get the crispest shot. To get around digital zoom limitations, Apple’s newer iPhones use a dual-lens system.

And the iPhone 11 Pro/Pro Max has three-lens.

One of which is a telephoto lens. This gives your iPhone XS, iPhone XS Max, iPhone X, or iPhone 7 Plus or 8 Plus “optical zoom”, which means your not simply magnifying the pixels on the screen but physically zooming in with the lens as you would on a DSLR.

Keep in mind, however, that the iPhones’ optical zoom is limited to 2x.

It’s a common misconception among non-pros that it’s always good to have the sun illuminating your subject from behind for outdoor shots. In actuality, this can make the subject of your shot look darker (underexposed). A great tip is to actually position your iPhone (and thus you, the photograph) with its back to the sun (or just over your shoulder) so the sunlight is falling on your subject. This will cast natural light on your subject’s face to make them look the best.

#5) Use The Flash In Daylight

Related to the above tip…many people assume flash is only useful in dark situations, like indoors or at night. Actually flash is incredibly useful during daylight pics. This is called a “fill flash” and it helps scatter more light over your daylight subject, thus softening any shadows bright sunlight can cast. To activate your flash outdoors, tap the lightning bolt icon in the camera app and then tap “ON”.

When I was growing up if you wanted to take a really good photograph you needed a DSLR camera. The point-and-shoots of the day just couldn’t produce optimal shots (keep in mind, this was the early 1990s–well before digital cameras even existed). Today, however, the story has changed.

The cameras we have in our smartphones have gotten incredibly good. Not only do most flagship smartphones now have dual-lens camera systems, but virtually all smartphone cameras are also capable of computational photography–meaning the software behind the camera does a bunch of work to make your pictures look the best they can.

Apple’s latest iPhone range – the iPhone 11 – features the best camera the company has ever created. Even with the base model iPhone 11, you’re going to be able to capture truly stunning images using the tips listed above in conjunction with its outstanding dual-lens rear camera.

Got an iPhone 11 Pro or 11 Pro Max? Well, now you have even more depth of field to play with, thanks to the addition of a third-lens. All of the tips above still apply, though, so think of them as best practices for whenever you’re capturing a subject with your iPhone.