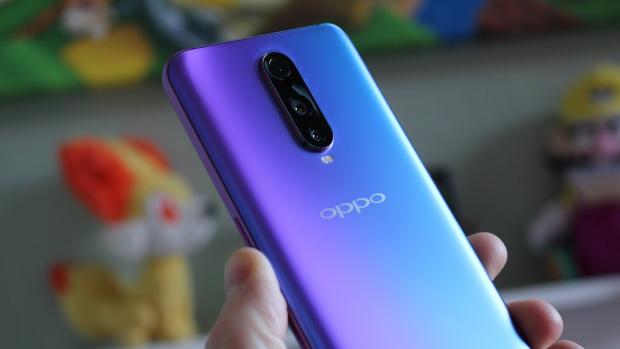 Oppo isn’t exactly a household name here in the UK, but on the global scene, it’s something of a big deal. The company is currently fighting for domination in the Chinese smartphone market, and is owned by the same parent company as OnePlus. Like its rival Xiaomi, it is expanding into the west and bringing its range of low-cost, high-spec handsets to a new audience.

In the past, the firm has been known for some rather left-field ideas, but the RX17 Pro is a thoroughly conservative device which shares more than a passing resemblance to the OnePlus 6T, at least in pure aesthetics. Is it worth your attention when the 6T is already available and – more importantly – cheap? Read on to find out… 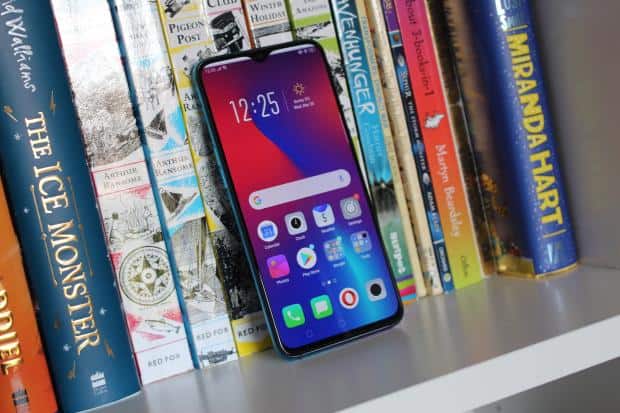 There really is no getting around it – the RX17 Pro is a dead ringer for the OnePlus 6T. Both phones have the same three-camera setup on the back, as well as the teardrop notch at the top of the display. This is understandable given that Oppo and OnePlus are both owned by the same parent firm, and it’s no bad thing if you’re a fan of nice-looking handsets; the RX17 Pro might not break the mould in terms of smartphone design, but it looks great.

The phone is available in a catching blue edition which, when it catches the light, showcases a cool ‘s’ pattern effect. The unit we reviewed is the alternative option, which has a two-tone metallic pattern that is purple on one side and blue on the other. It manages to simultaneously look tacky and awesome at the same time; even after a few days with the device, we can’t quite decide if we like it or hate it.

The frame of the RX17 Pro is fashioned from aluminium, while the back is glass – but there’s sadly no wireless charging so that delicate glass back is purely for aesthetic reasons. A metal back might have been more robust. The USB-C port is found on the bottom edge, along with the Nano SIM tray, but there’s no 3.5mm headphone jack. On the left-hand edge, you’ll find the volume buttons and on the right the power key. 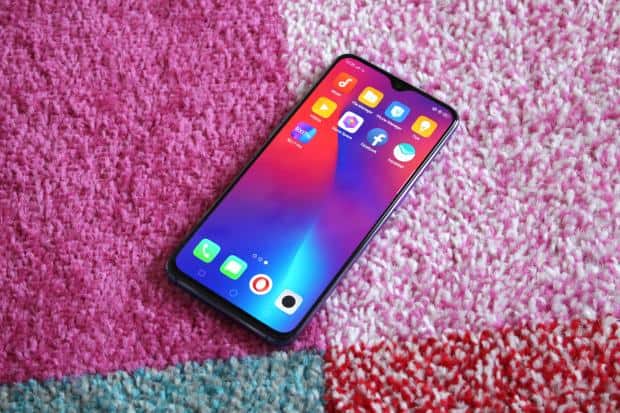 There’s no rating for water or dust proofing, so you might want to be careful when handling the Oppo RX17 Pro around large bodies of water – or the toilet.

The phone’s 6.4-inch AMOLED screen has a 1080 x 2340 pixel resolution, offering a pixel density of 402 ppi. It’s punchy and bright – almost to extreme levels, and this can occasionally make images look oversaturated or garish. You can thankfully adjust the colour temperature in the settings to deal with this issue, if it bothers you.

The teardrop notch is a welcome change after the floods of iPhone-style copycats, and it really limits the impact of the notch on the screen real estate. Finally, it’s worth mentioning that the RX17 Pro lacks a traditional fingerprint scanner and instead uses an optical variant, located on the bottom part of the screen – just like the OnePlus 6T. It’s just as fast as the example on that phone, and is quite accurate; we prefer Samsung’s ultrasonic variant if we’re honest, but none of these offerings are yet as fast as a ‘normal’ scanner. 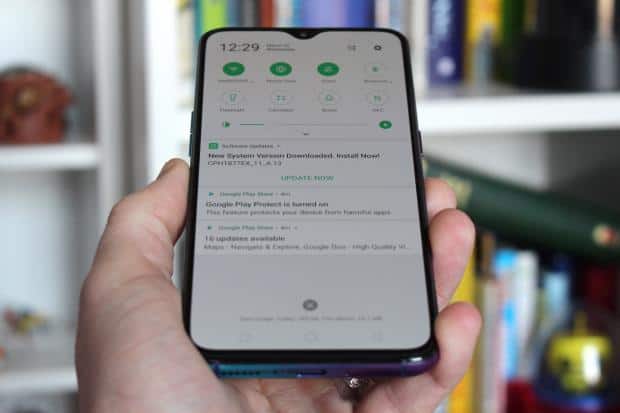 Like OnePlus, Oppo has its own Android UI skin, named ColorOS. However, unlike OnePlus’ OxygenOS, this example is a little more extreme and pulls away from that all-important ‘stock’ look which so many Android purists crave. It’s also based on Android 8.1.0, so it’s a little behind the curve when it comes to updates.

There’s no app drawer for starters, so the phone ‘feels’ more like an iOS device to use. There are a few custom apps – stuff like a photo gallery, weather app, music player and phone manager tool – but nothing too extreme. Oppo’s ‘Game Space’ app is perhaps the most feature-rich, and allows you to tinker with the phone’s behaviour when you’re playing a game.

Like a great many non-Google handsets, the RX17 Pro doesn’t feature the ‘Google Now’ panel on the left-hand side of your homescreen, but instead uses Oppo’s own take on this system. From here, you can create a selection of widgets to cover core functions, such as checking the weather, opening commonly-used apps, calling your favourite contacts and tracking your step count.

ColorOS is hard to like or dislike; it’s not compelling or unique enough to stand out against other Android-based UI skins, but it’s not offensive enough to make you hate using the phone. It is, however, very bright, which means it lives up to the name. 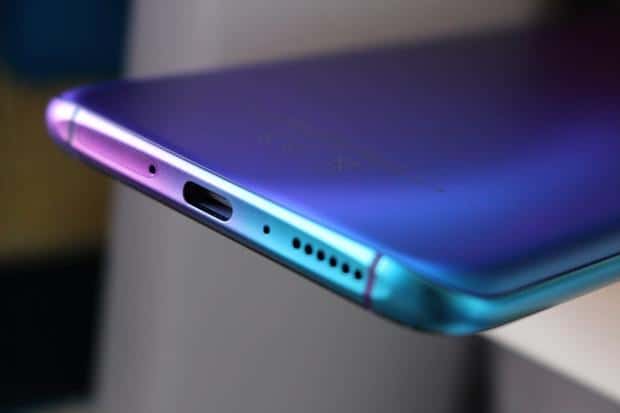 Once you get past the similarity between the RX17 Pro and OnePlus 6T, you’ll find that under the hood the two phones are rather different. The headline news here is that the RX17 Pro, despite costing more than the 6T, has a weaker processor. It’s packing the Qualcomm Snapdragon 710, which is a mid-range chipset. The 6T, on the other hand, has the Qualcomm Snapdragon 845, which – as of last year – was the chipset maker’s flagship silicon (it has been surpassed by the 855 this year, which is inside the Galaxy S10). The base model comes with 6GB of RAM, but an 8GB option is available.

The RX17 Pro also has an Adreno 616 GPU, which is outpaced by the 630 in the OnePlus 6T. This goes some way to explaining why games run so much faster on OnePlus’ device. The bottom line is that the RX17 Pro isn’t as nippy as the OnePlus 6T, although a casual user who only uses the phone to make calls and browse the web probably won’t notice. The RX17 Pro handles most tasks with ease, and only really struggles when you’re playing intense 3D games or multitasking with several processor-intensive apps at the same time 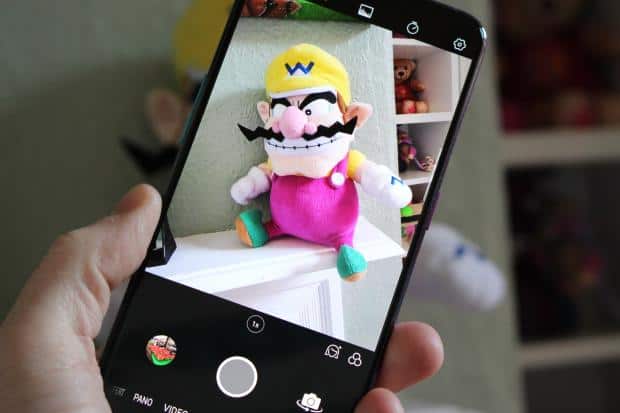 Like so many of 2019’s leading phones, the RX17 Pro has not two but three cameras on its rear. The main snapper is a 12-megapixel variant with a lens that can adapt depending on the level of light, just like the Galaxy S9 and S10. It does this by toggling mechanically between f/2.4 and f/1.5 apertures.

The secondary camera has a 20-megapixel lens with a f/2.6 aperture, while the third snapper is actually a Time of Flight (ToF) variant, which is capable of accurately judging distance. We’ve already seen this tech on phones like the Honor View 20, and to be honest, it’s not much use right now as Google has yet to fully-exploit ToF tech within Android itself. When that does happen, expect all manner of cool AR functionality to appear. The RX17 Pro also has a low-light shooting mode which is pretty decent.

Here are some photo samples: 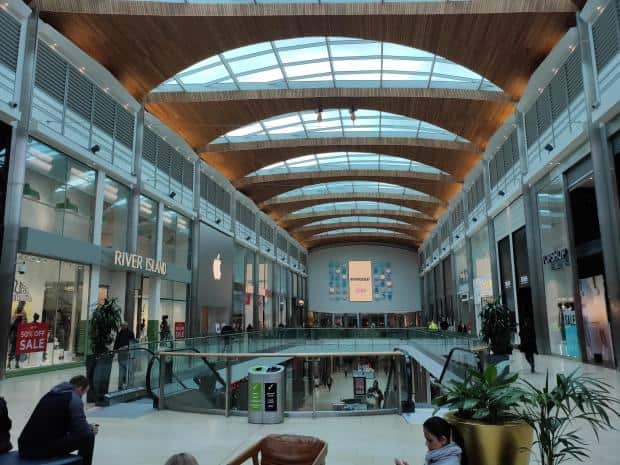 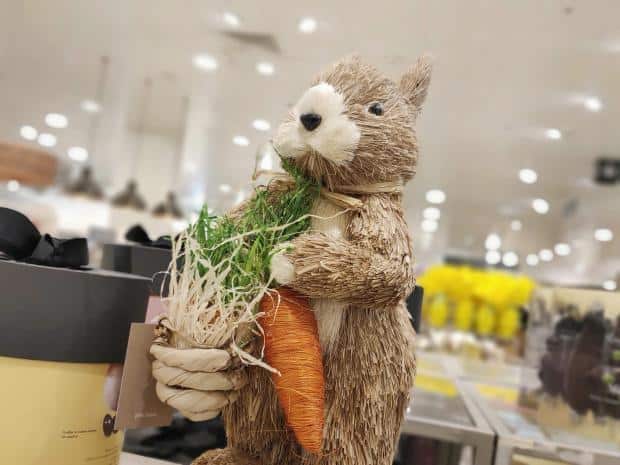 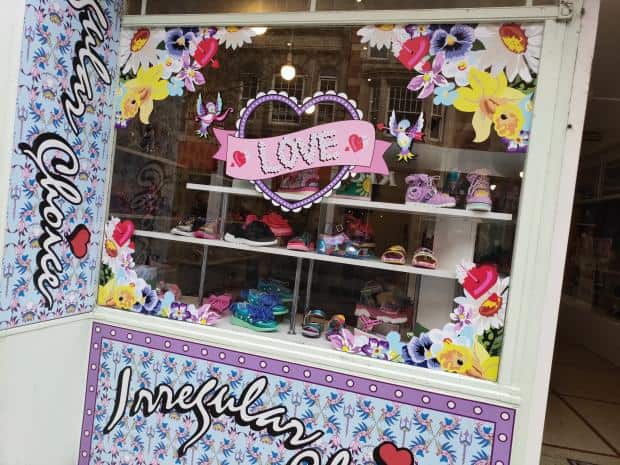 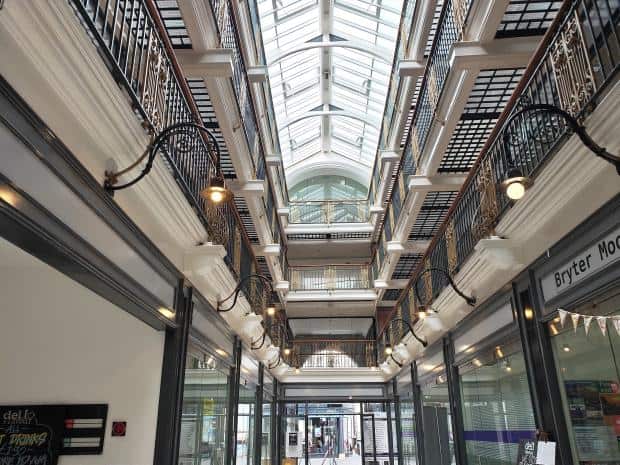 Despite all of this tech, the RX17 Pro is a close match for the OnePlus 6T when it comes to photography and video. It’s capable of quickly snapping detailed scenes with good colour reproduction, and the HDR mode is deployed intelligently to turn even the most boring image into a contrast-rich landscape. You can also record in 4K, 1080p or 720p video, as well as shoot slow-motion footage, with 120fps at 1080p or 240ps at 720p being the two options. 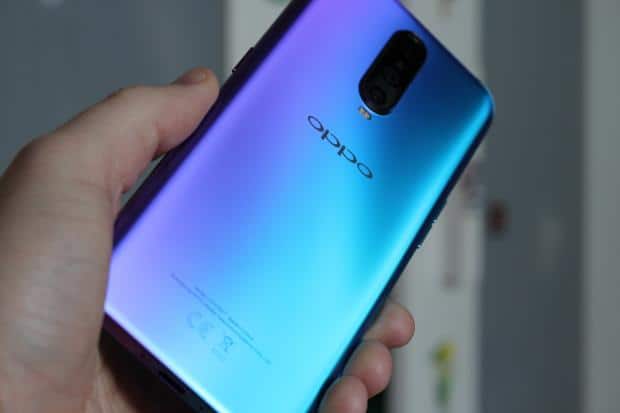 With its 3700mAh battery, the RX17 Pro is capable of getting you through an entire day without much bother, even if you’re a power user. While there are better phones on the market when it comes to pure staying power, Oppo’s phone certainly doesn’t embarrass itself in this respect.

What’s slightly disappointing is that there’s no wireless charging, which is a shame as many other mid-range phones are including it these days. Oppo almost atones for this sin by including its VOOC charging standard, which is a big stride over exiting fast-charging systems. It’s possible to fully charge your handset in around 45 minutes, which is pretty remarkable. Even short bursts on the wall charger can give you a considerable boost of power. 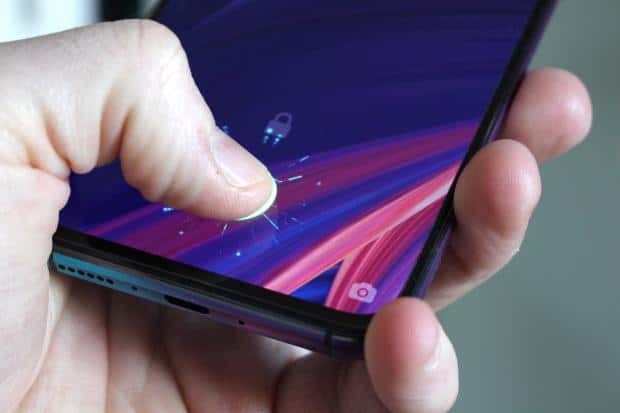 Mid-range phones have come a long way in recent years, and we’re now at the point where it’s getting hard to actually tell them apart from premium devices; they offer a very similar proposition with only a few cutbacks.

The Oppo is the perfect example of this; while it looks amazing, has a stunning display and offers a three-camera setup, compromises have been made to hit that mid-range price point. There’s no wireless charging or waterproofing, and the processor isn’t a cutting edge one.

Still, for just over £500, it represents a considerable saving over the likes of the Galaxy S10. The only thing that prevents us from recommending the RX17 Pro more enthusiastically is the fact that the OnePlus 6T – a phone it shares at least some of its DNA with – is cheaper, has better software and a more powerful CPU.