The iPhone 11 Pro Max might not look that much different to the iPhone XS Max, but it is – in quite a few, significant ways. But is it still worth a buy in 2021? Let’s investigate…

TL;DR Verdict: This year’s iPhones might not be all that exciting if you’re not interested in photography, but there’s no denying the fact that they’re the best devices Apple has produced so far, and if you like big-screen blowers then the iPhone 11 Pro Max is the one to go for if you’re looking for the absolute best iPhone in 2019/20.

From the display to the battery life, the iPhone 11 Pro Max is the pinnacle of Apple’s 2019 iPhone range. You have the largest screen of the range, a 6.5in Super Retina OLED panel, a massive battery that will deliver all-day performance – and then some!

It also looks stunning, especially in space grey too; it’s just so smart and classy. I really cannot fault Apple’s design language and choice of build materials here. Classically good-looking and packed with mountains of performance and a myriad of useful features, it’s easy to see why Apple, despite heavy competition, is still killing it in 2020 with this range of phones.

It’s the worst-kept secret in tech that Apple’s 2020 iPhone range is going to be very, very different from what has gone before, promising a new design, new screen, and (perhaps!) USB-C – finally. With that in mind, is there any reason to get excited about the iPhone 11, which has just hit the market and, at first glance, looks a lot like the iPhone X, XS and XR?

The answer to that question is yes because although this is very much an incremental upgrade on last year’s model, it brings a lot of new features to the table which you won’t be able to live without. 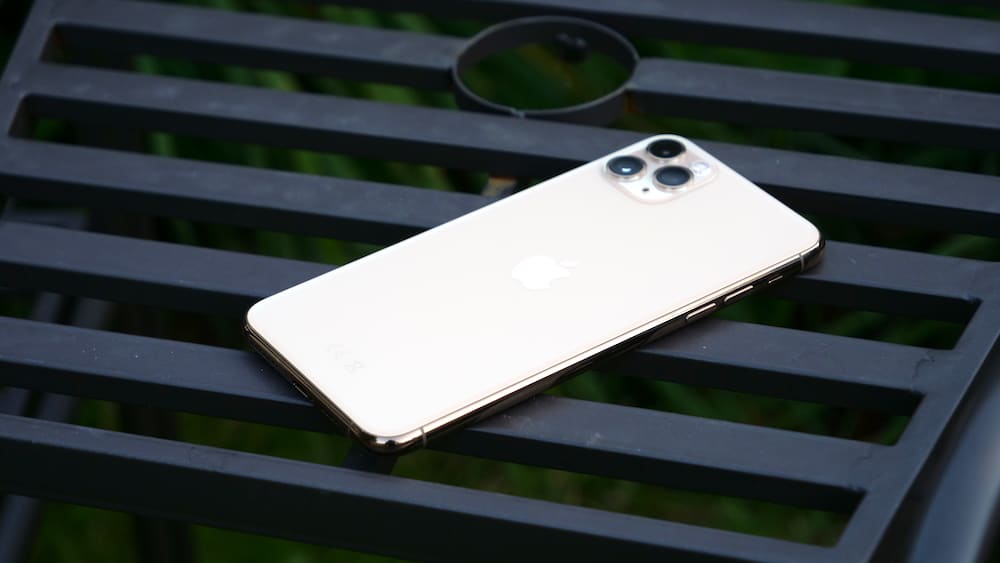 From the front, you’d easily mistake the iPhone 11 Pro Max for last year’s iPhone XS Max. The same basic design is in place, complete with those rounded edges, antenna lines and – of course – the famous notch that inspired a smartphone design trend that is only just dying down. However, turn the handset over and you’ll realize things are slightly different this year.

Not only does the iPhone Pro Max – which, by the way, is the largest and most expensive model in the iPhone 11 range – have a frosted glass back panel which is fantastically resistant to fingerprints, it also showcases three cameras, arranged in a triangle formation in the top-left corner of the phone. These sit on a slightly raised bump which initially looks quite awkward, but we’d imagine every other smartphone handset maker will be copying this design in the next 12 months. Mark our words on that one.

On the bottom edge, things look very much the same as they did last year. Two speaker grilles are present (only one is an actual speaker, however) and there’s the trademark Lightning port. Given the rumors that Apple intends to embrace USB-C next year, could this be the last time we see this bespoke connection on an iPhone? The company has already switched to USB-C on its iPad Pro range, so it would seem likely; we shudder to think of all the Lightning cables that are going to end up in the landfill over the next few years.

On the left-hand edge of the device, you’ll find the volume buttons and silence switch, while on the opposite side there’s the power button and SIM card tray. Because this is an iPhone you’ve only got room for a single SIM, and you naturally can’t add any additional storage space using the tray (the iPhone 11 Pro Max comes in 64, 256 and 512GB storage options, by the way). The bodywork is also water and dust resistant. 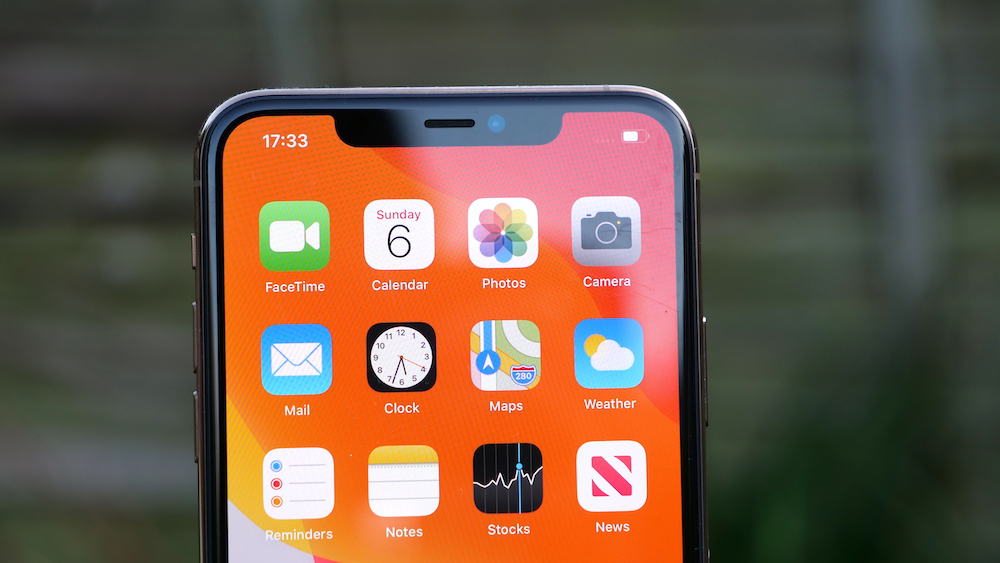 That massive 6.5-inch OLED screen has a resolution of 1242×2688 pixels and offers support for Dolby Vision-certified content. Apple says it has done its usual tinkering with the OLED panel this year, and it does seem to be a fine screen, offering bright colors, convincing contrast and fluid performance. It’s a shame that Apple couldn’t have included a 90Hz screen, given that many of its cheaper rivals are packing in panels with higher refresh rates but this is a minor grumble.

Indeed, when compared to pretty much any other OLED panel in the smartphone market, it’s clear that Apple has created something quite special here. Photos really pop, and movies look utterly stunning on this display.

It’s worth noting that none of the iPhone 11 family come with 3D Touch screens. Given that many iPhone users ignored the feature, it’s not a massive loss, but it did have its fans, and it’s a shame that Apple has turned its back on what was a pretty unique innovation in the smartphone space. 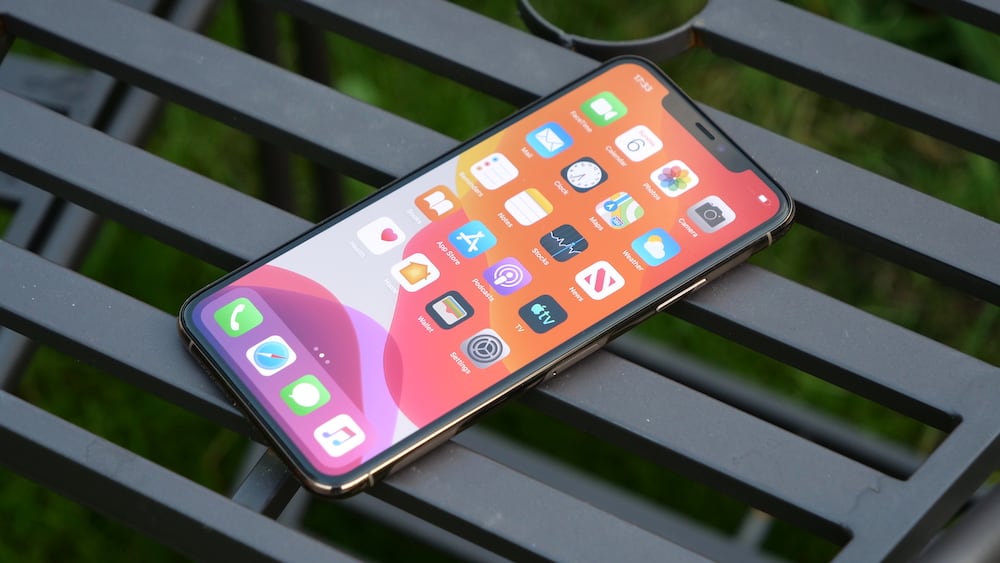 iOS 13 is included right out of the box, which means that the iPhone 11 Pro Max is running the latest version of Apple’s mobile OS. It’s very much an incremental update, with little tweaks like different volume indicators and a few extra animations making the whole thing feel a little bit slicker.

Outside of that, there’s no escaping the fact that iOS is perhaps the best smartphone OS available if you favor consistency and simplicity. Sure, Android may offer more in the way of granular access to settings and deeper customization, but iOS just works – and it’s clean, easy to navigate and slick as you like. 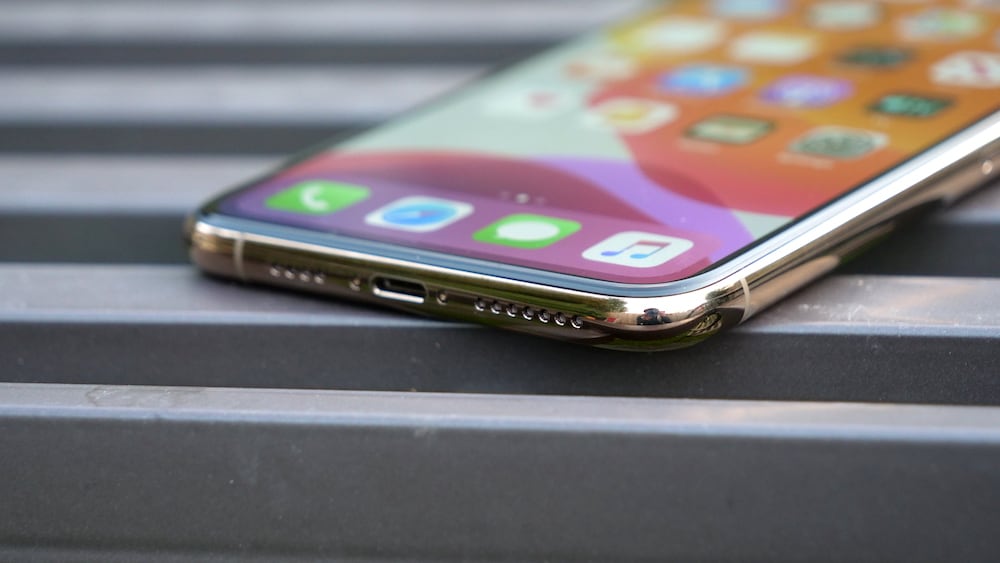 Apple’s home-grown Bionic chipsets have been setting the pace in the smartphone arena for years now, and the A13 Bionic which beats inside the iPhone 11 Pro Max (and its siblings) is predictably the fastest silicon money can buy at this present moment in time. Amazingly, it’s only aided by 4GB of RAM – that might not sound like much but iOS is more efficient than Android when it comes to dealing with memory (although that does often mean that apps are shut down quicker than they would be on an Android phone with 8GB of RAM).

We’re at a point in the industry now where it’s hard to make even an entry-level phone stutter under pressure, so it goes without saying that the iPhone 11 Pro Max didn’t even break a sweat during our review period. It’s super-fast and silky-smooth and can handle even intense 3D games with ease.

The phone’s 3,969 mAh battery is good for well over a day of use, and Apple has finally bundled a fast charger in the box so you don’t have to buy one separately. You only have to take one look at that triple-camera cluster on the back of the iPhone 11 Pro Max to realize that Apple has made some pretty big strides when it comes to photography this year – in fact, we’d argue that this is the one area where the most progress has been made.

The phone’s three cameras are all 12-megapixel snappers, which might sound rather disappointing but we’d argue that’s the perfect sensor for a smartphone. The main camera is your typical wide-angle lens, while the second is a telephoto lens for close-up shots. The third camera is an ultra-wide-angle lens that allows you to fit more information into the frame. Samsung has included one of these on its flagship Galaxy devices, and it’s a genuinely useful feature to have – especially when you’re trying to take a family photo and fit all of your uncles, nephews and distant cousins into the shot.

Images taken with all three cameras are impeccable, and it felt like a challenge to actually take a bad image with this phone. Portrait mode is aided by this triple-camera setup and it’s possible to take snaps which look like they’ve been captured on a DSLR by an award-winning celebrity photographer. That might sound like hyperbole, but we’re not kidding; we were constantly amazed by the effortless quality the iPhone 11 Max Pro can produce, often with little manual input from us. You just point, shoot and then marvel at the results, which is very Apple. 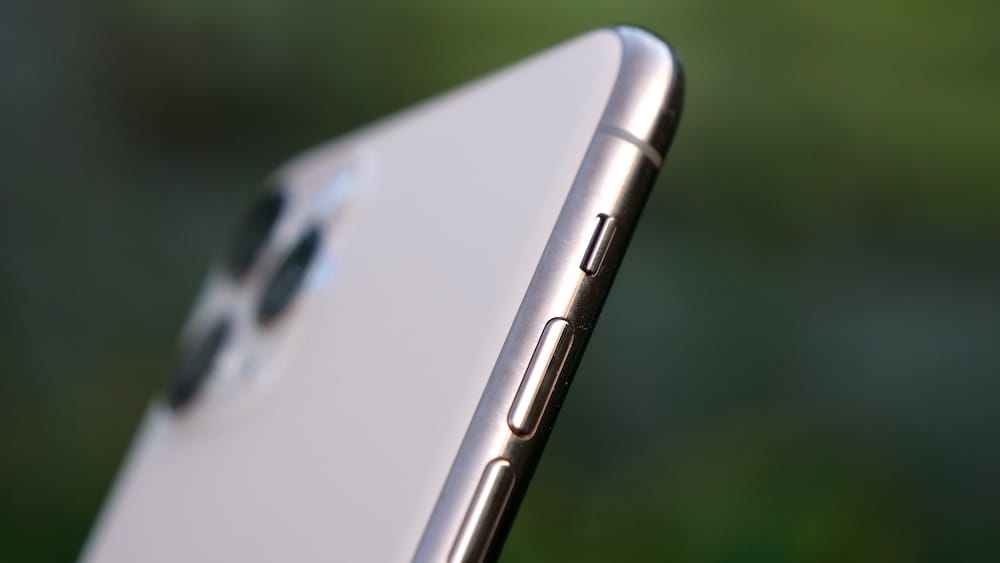 This is, of course, not really headline news when it comes to an Apple phone; in fact, the company has prided itself on creating good camera phones for years. The really big news with the 2019 iPhone is that Apple has finally achieved parity with Google and Huawei when it comes to low-light photography – and we’d even go as far as to argue that it has actually surpassed its rivals in this regard.

The iPhone 11 Pro Max’s Night Mode is nothing short of revolutionary, even more so than the equivalent modes on Google and Huawei’s handsets. It almost feels like the iPhone 11 Pro Max is literally turning night into day; some of the images we snapped were taken in almost complete darkness but the resultant photo made it looks like it was an early evening at worst. In one shot, we took a photo in an almost complete darkened room and it still managed to produce a photo that was of decent quality, although in these situations a small amount of fuzziness is introduced.

The only drawback of this incredible system is that you need to keep the phone as still as possible, with the waiting time ranging from 1 to 5 seconds, depending on the darkness of the location. Even so, it’s a remarkable feat of technical magic and we feel the results eclipse what the Pixel 3 is capable of (the Pixel 4 is another matter, of course).

Apart from slow-motion selfies, there’s not a lot else to write home about. The iPhone 11 Pro Max can record 4K video at 60fps, and the quality is stunning.

This year’s iPhones might not be all that exciting if you’re not interested in photography, but there’s no denying the fact that they’re the best devices Apple has produced so far, and if you like big-screen blowers then the iPhone 11 Pro Max is the one to go for.

Thanks to Mobile Fun for supplying the iPhone 11 Max Pro used in this review. 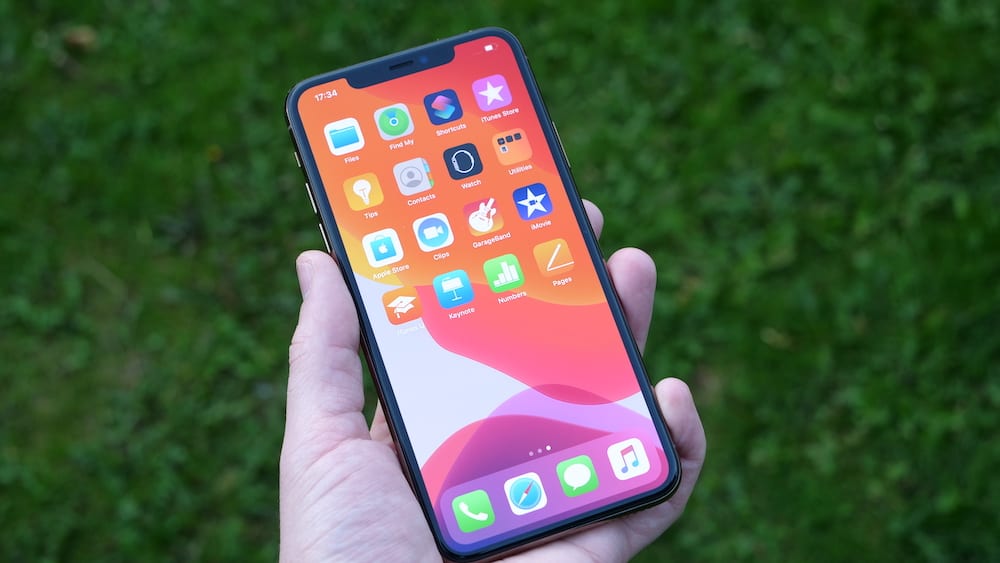